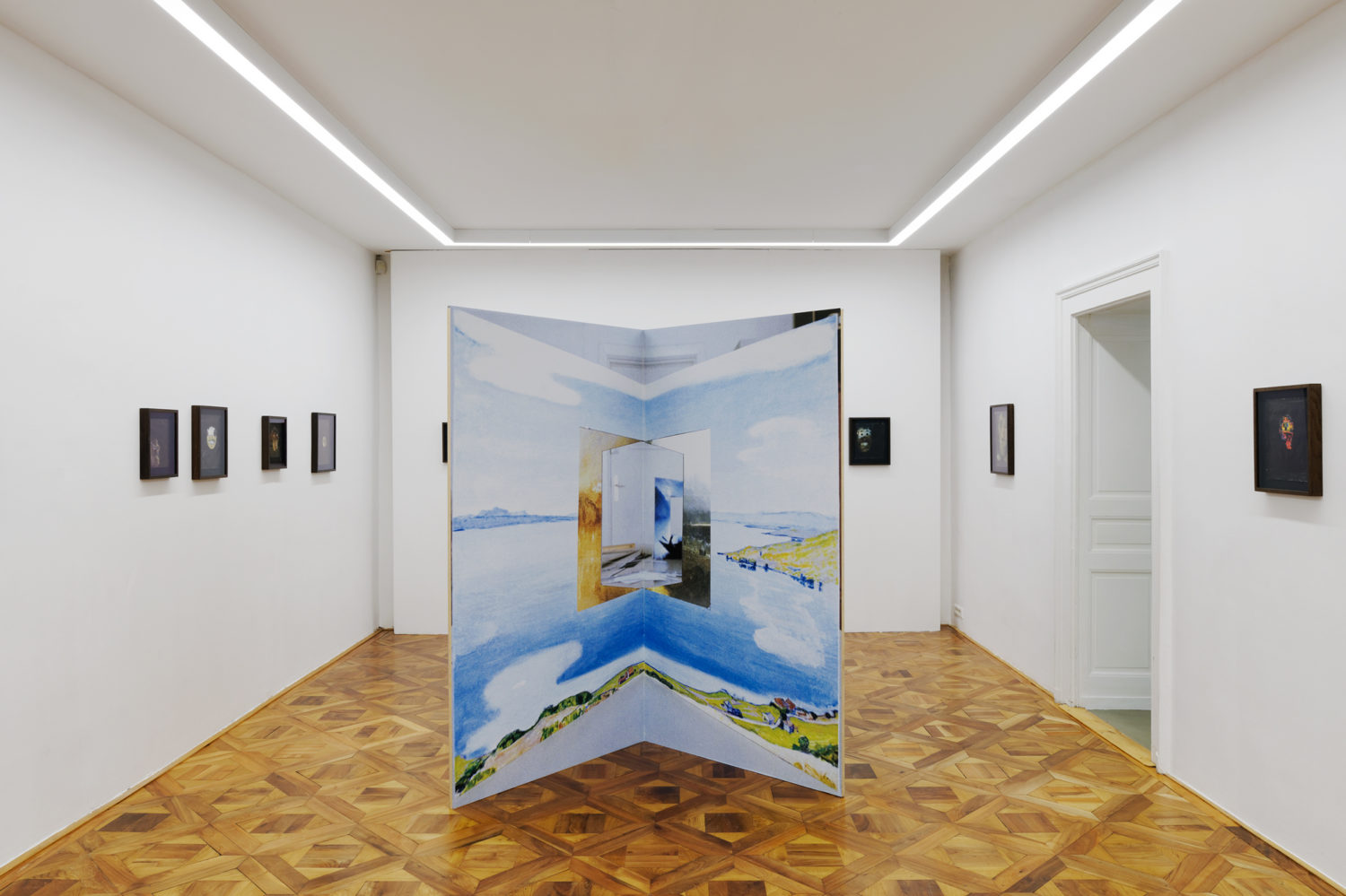 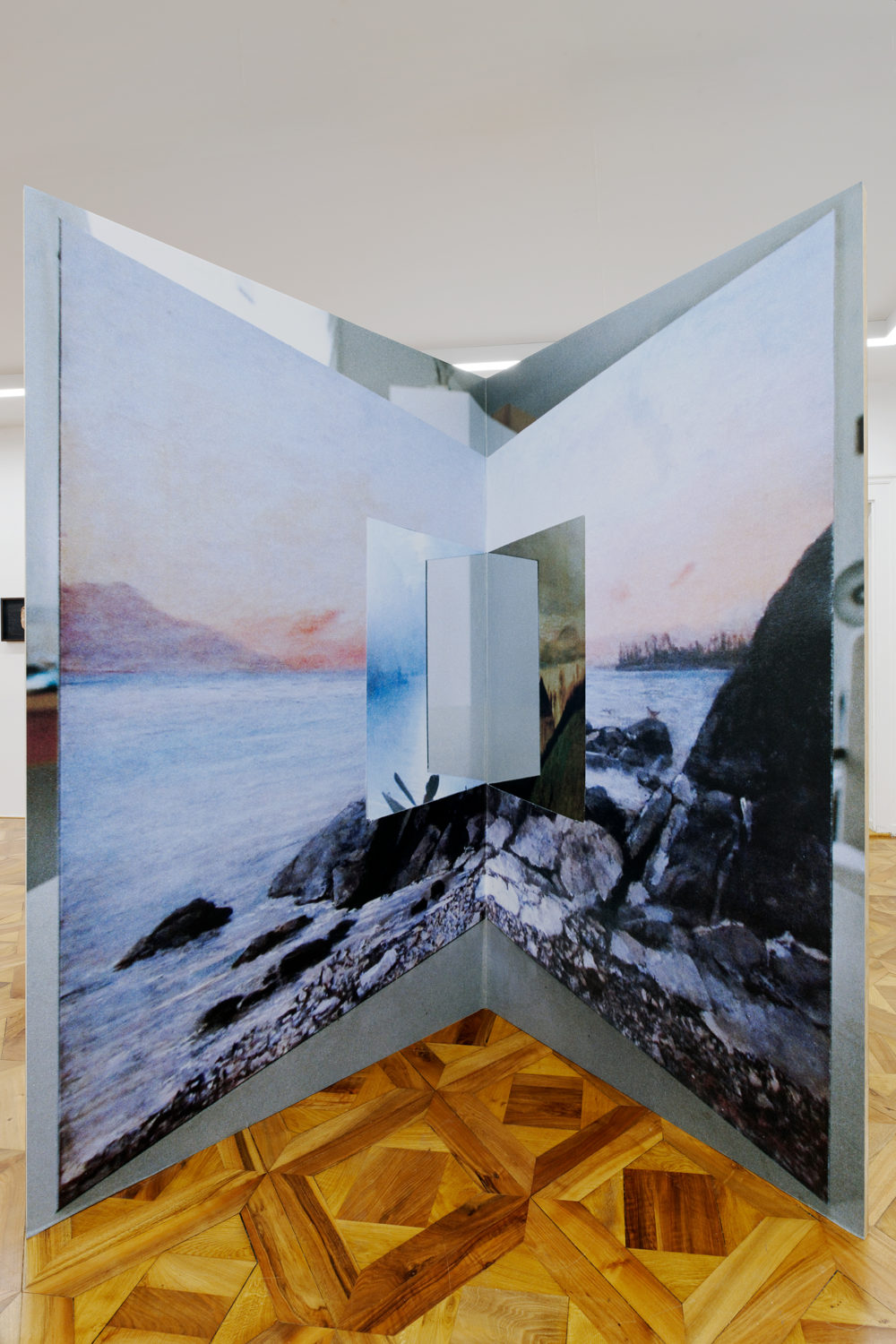 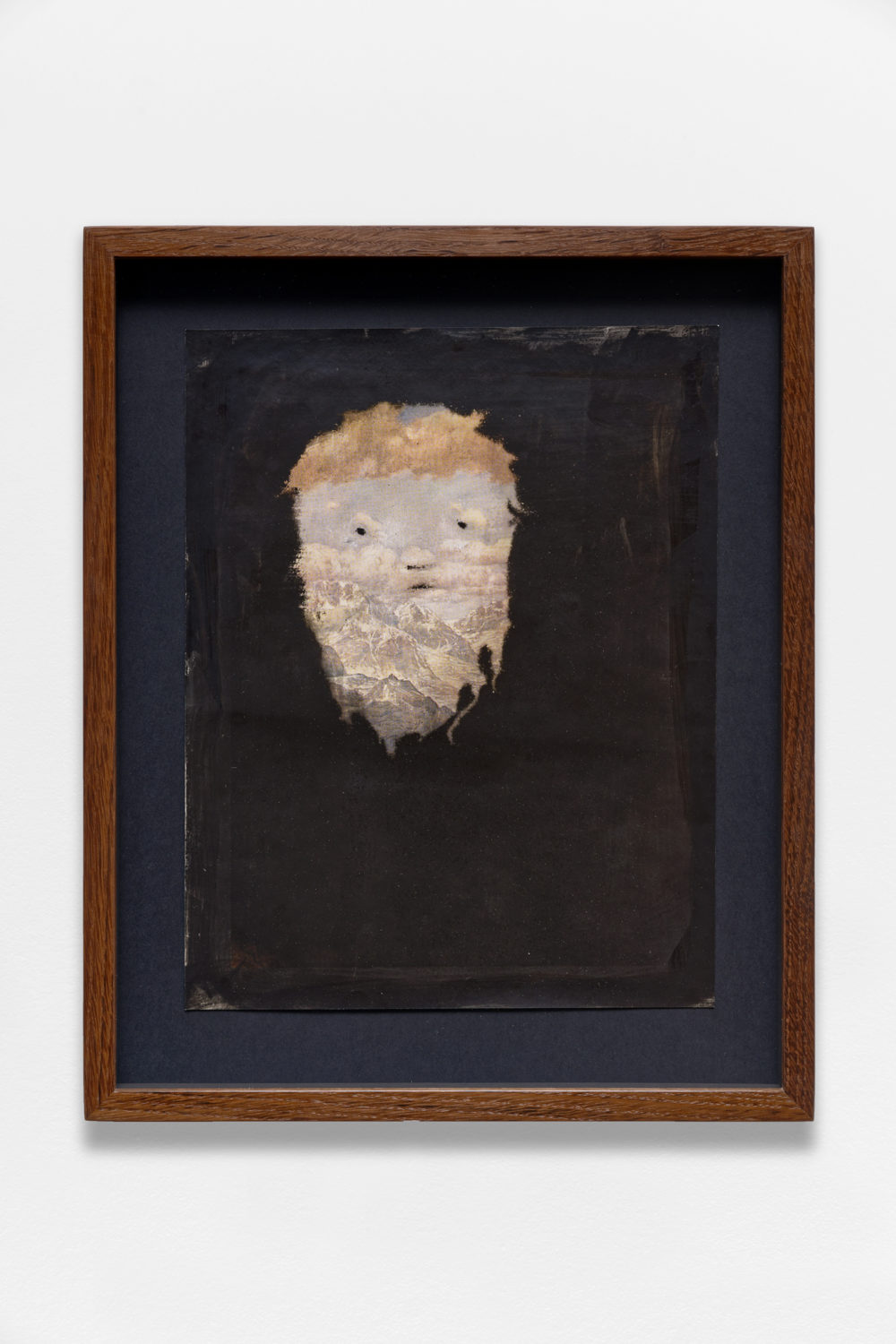 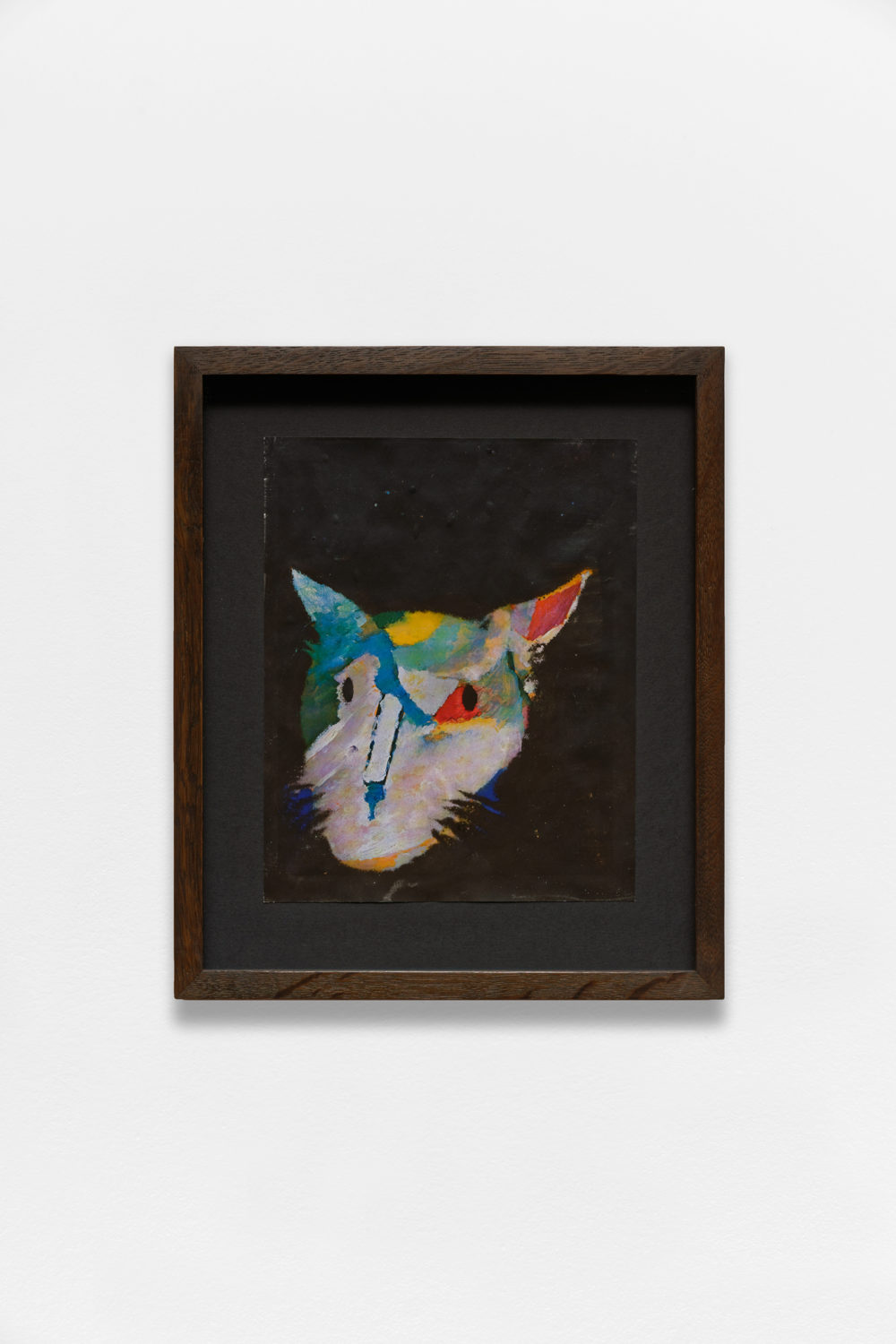 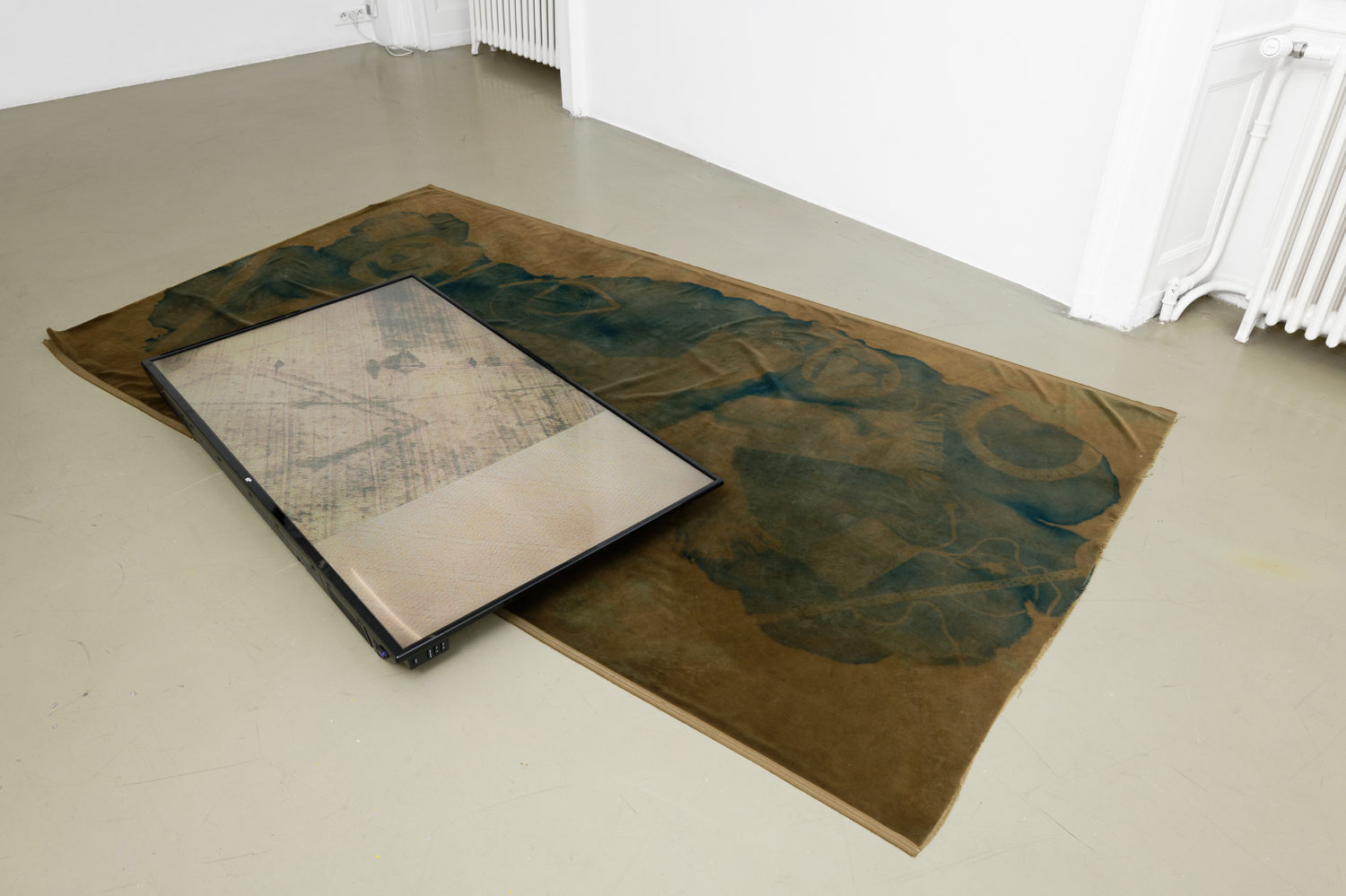 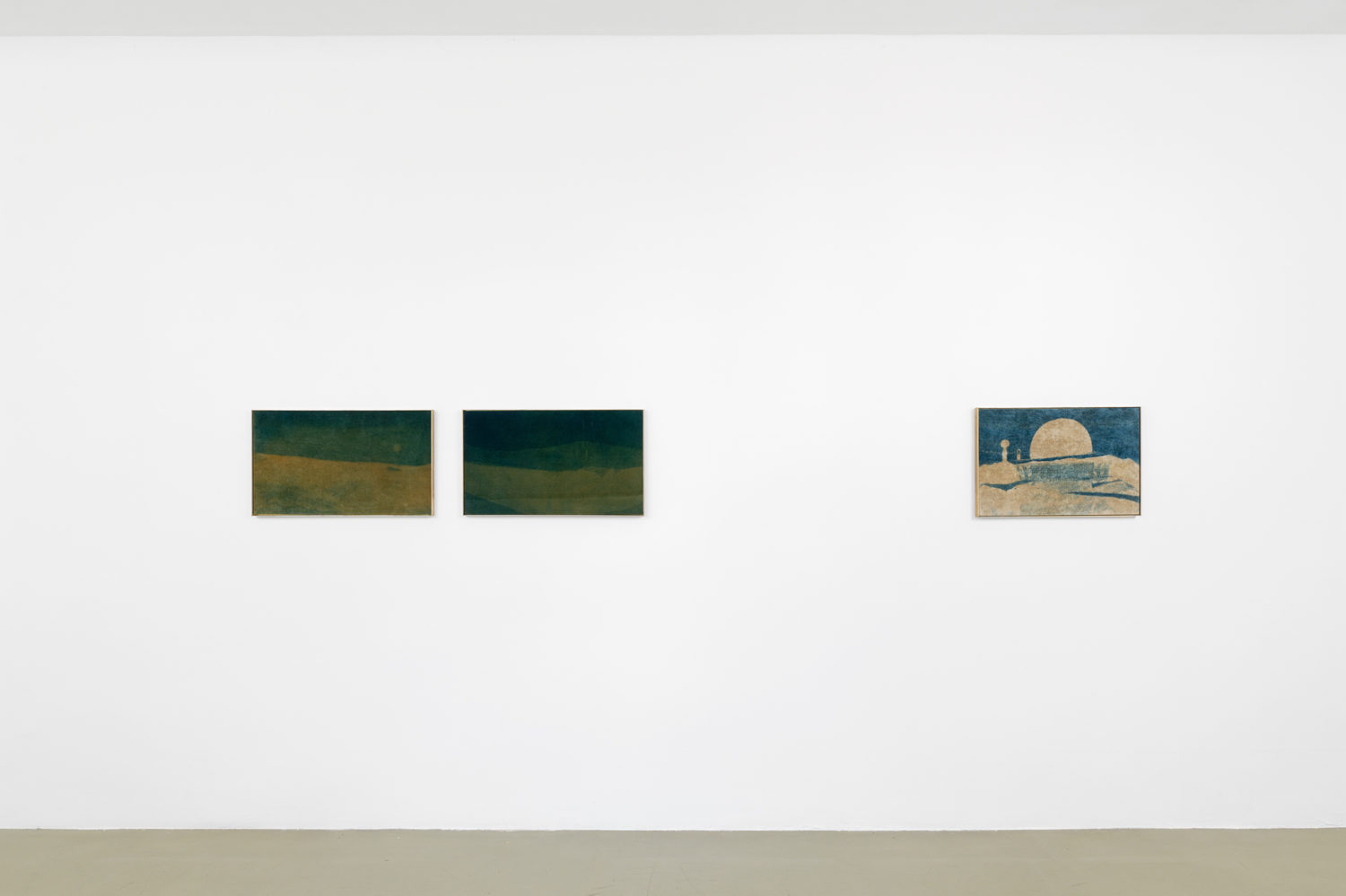 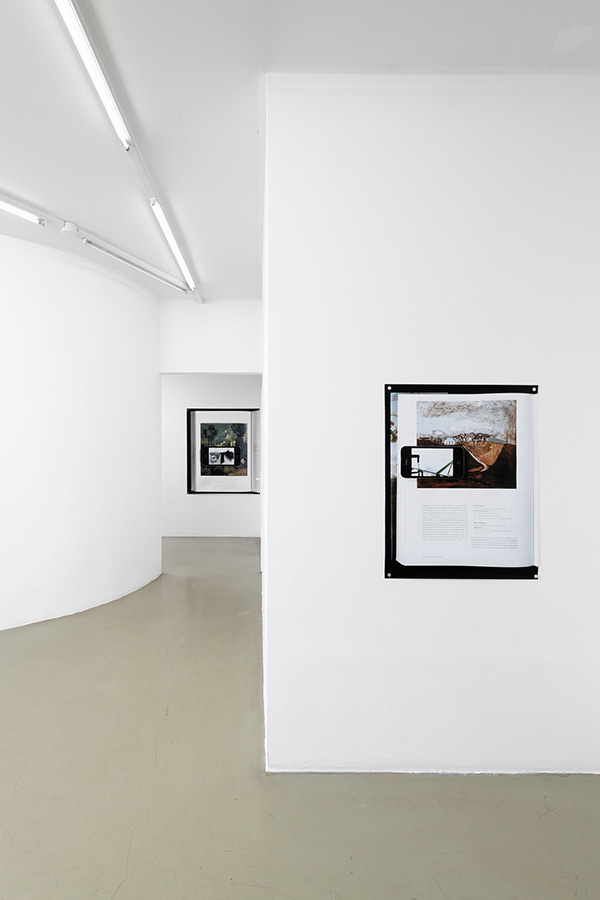 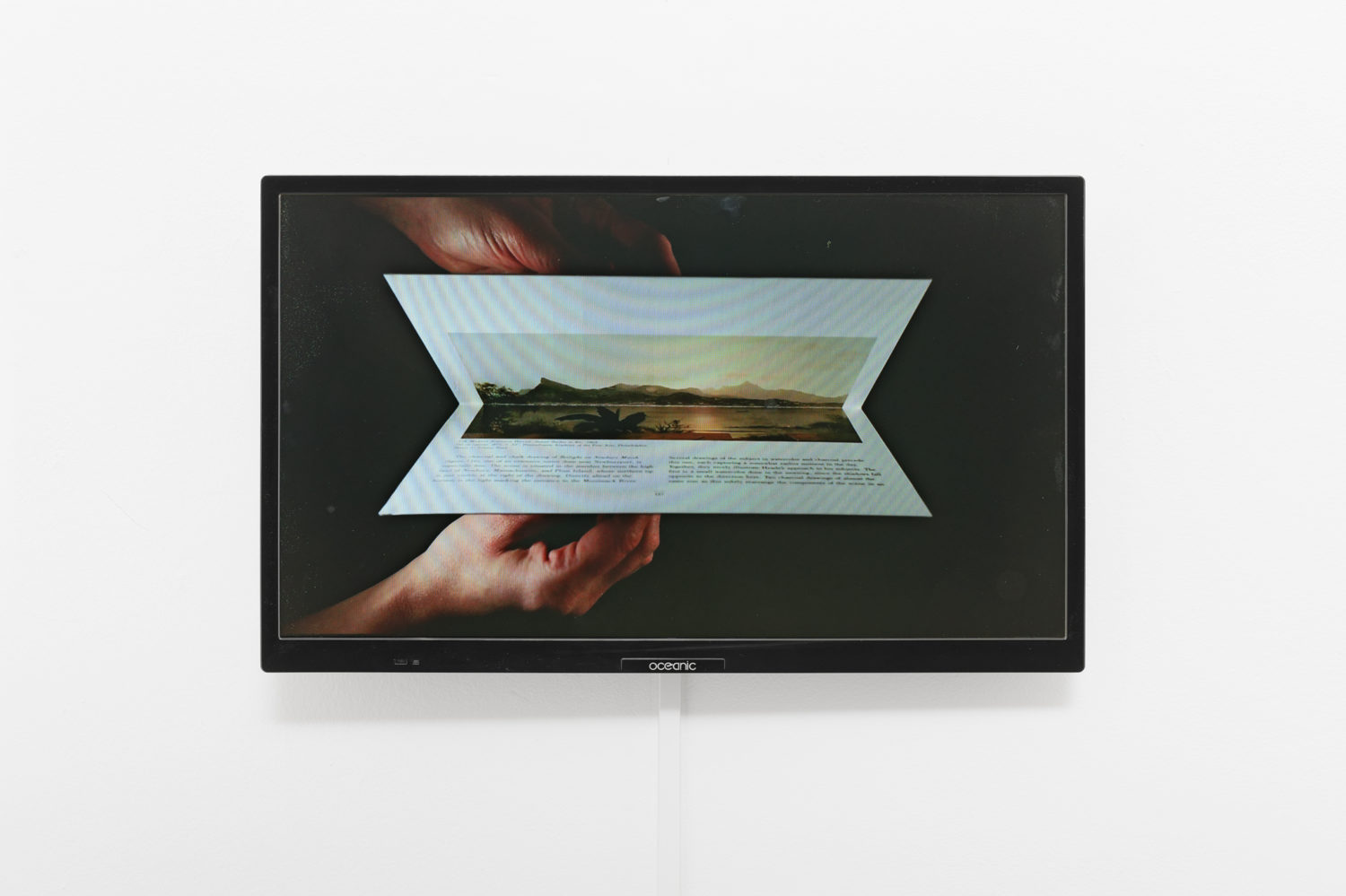 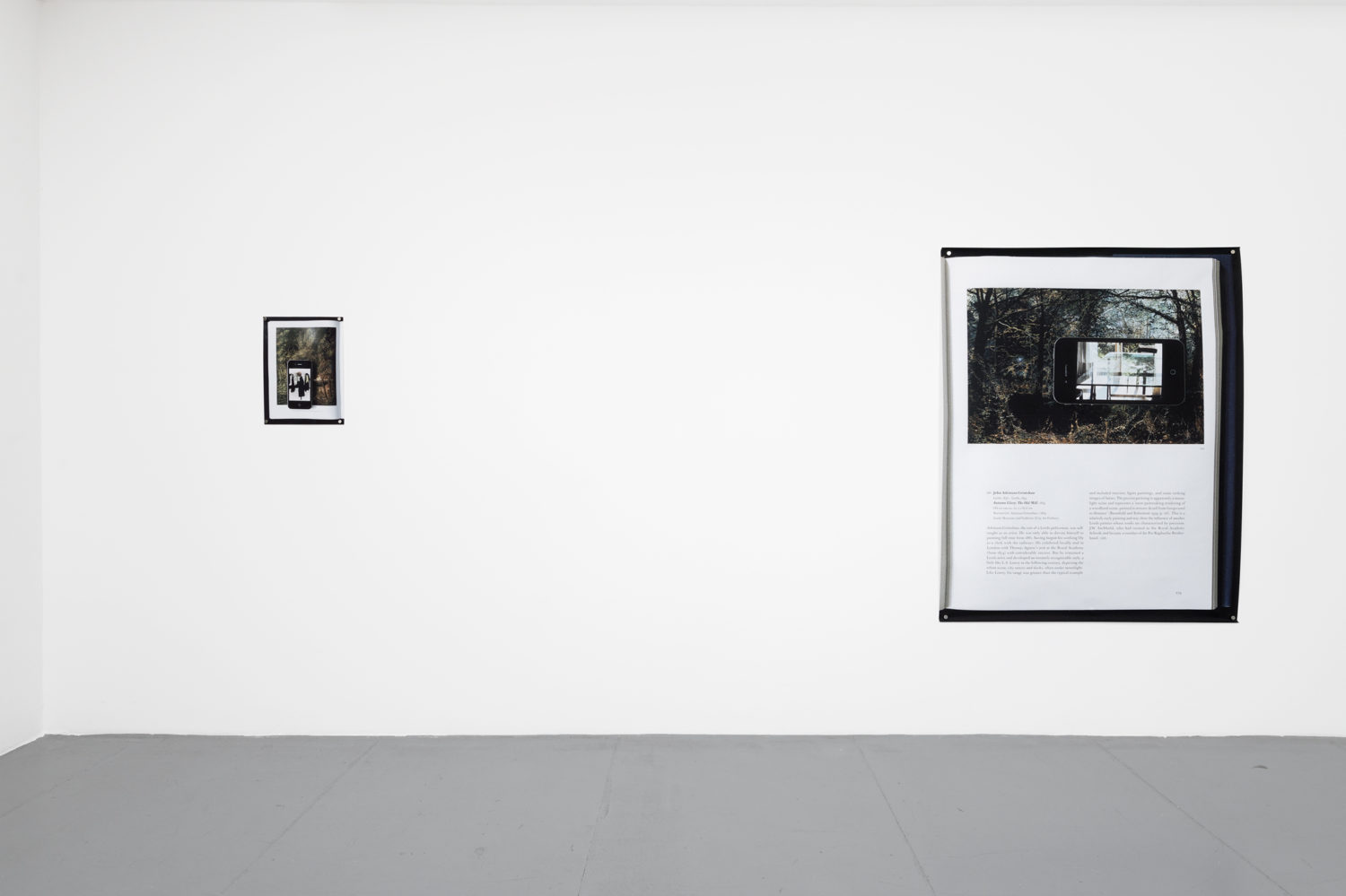 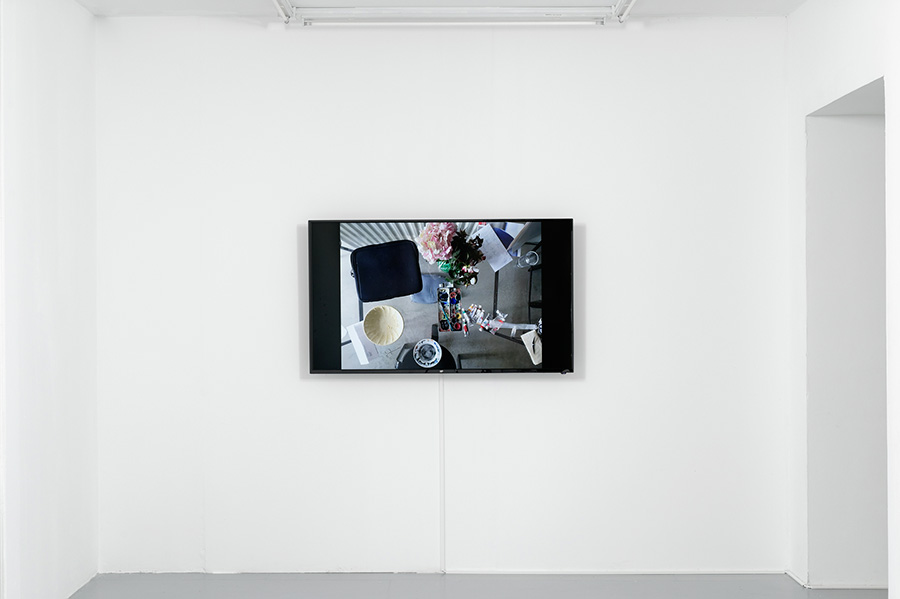 Geographics of the Table, 2019 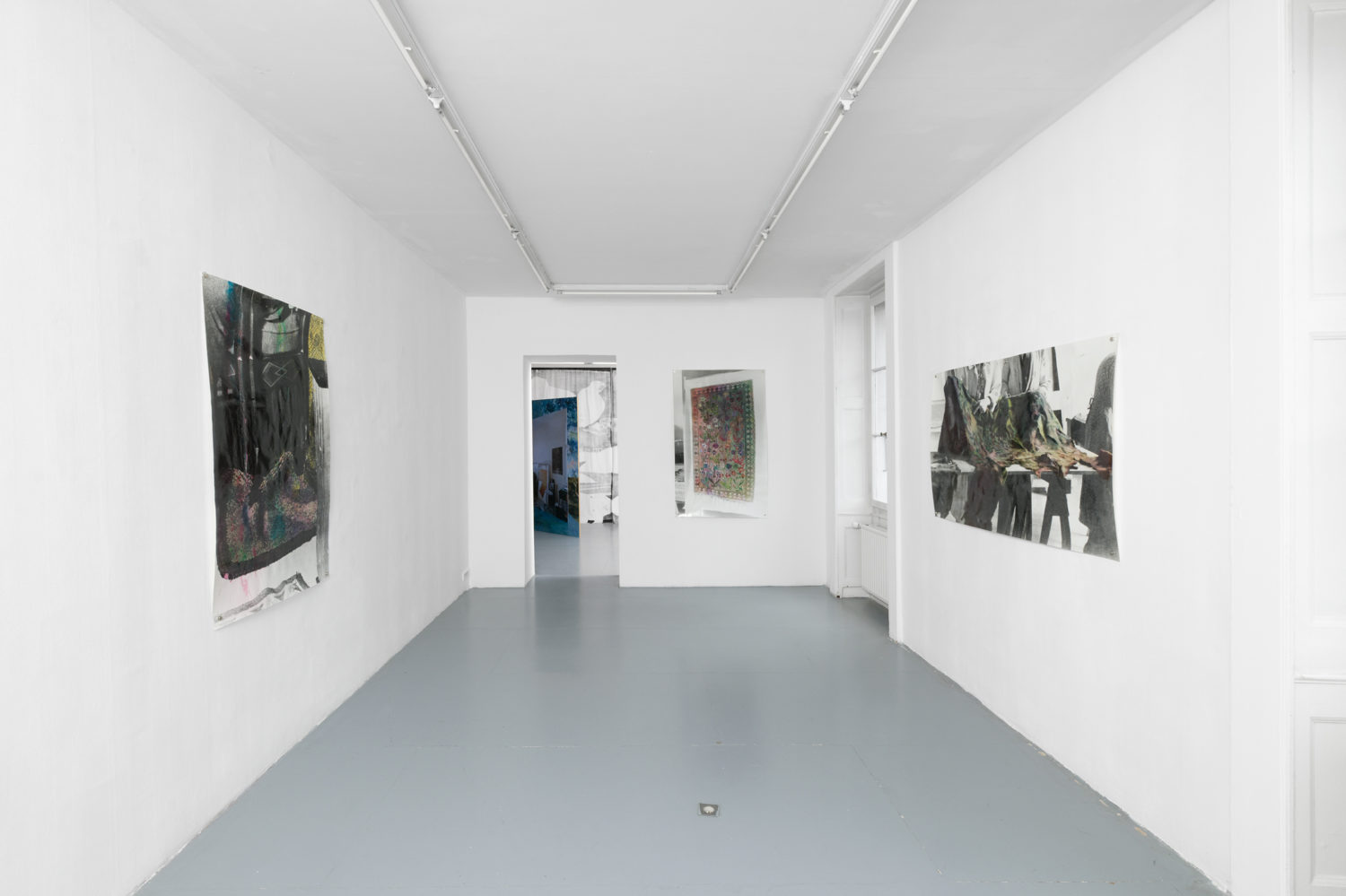 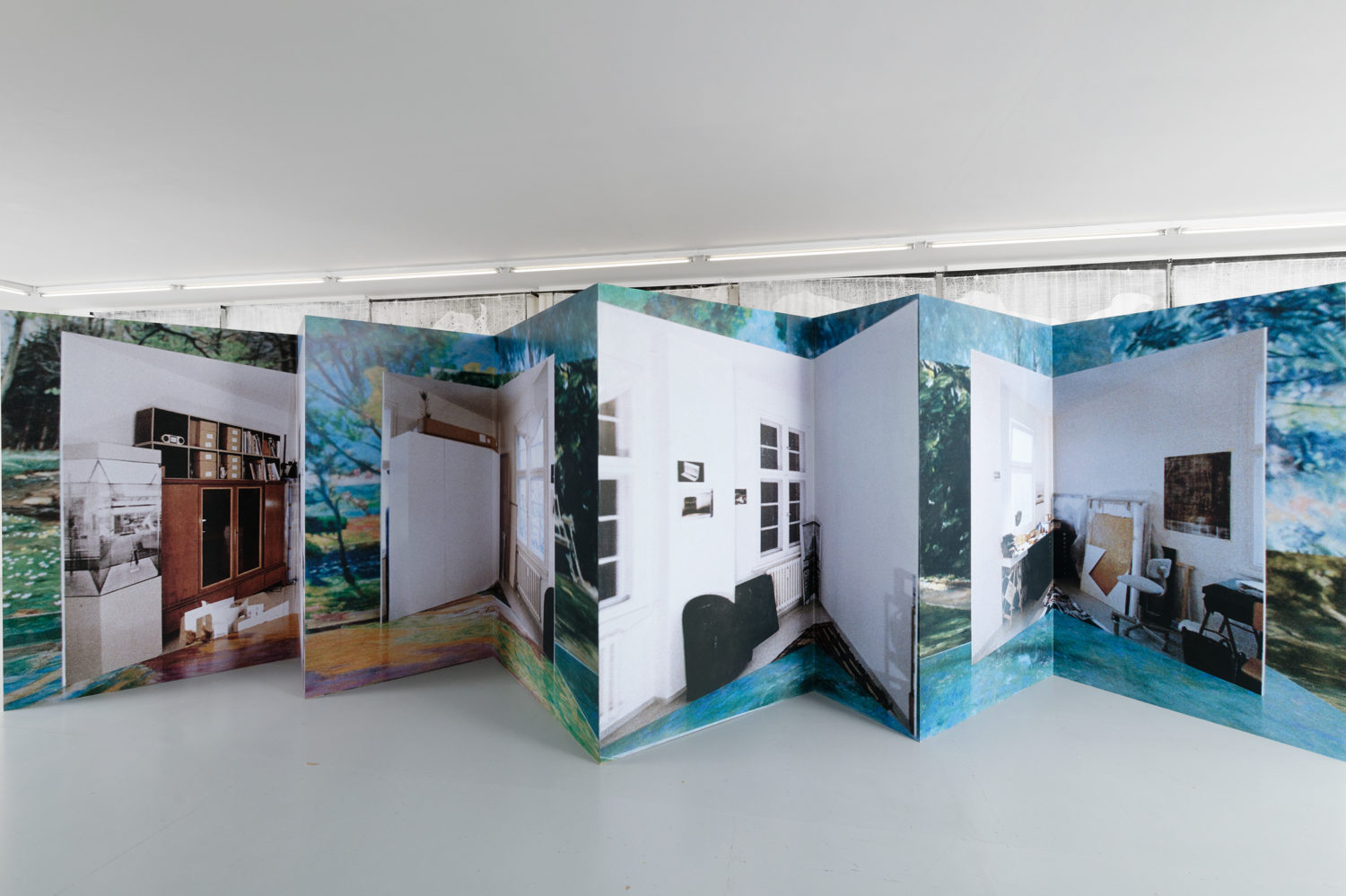 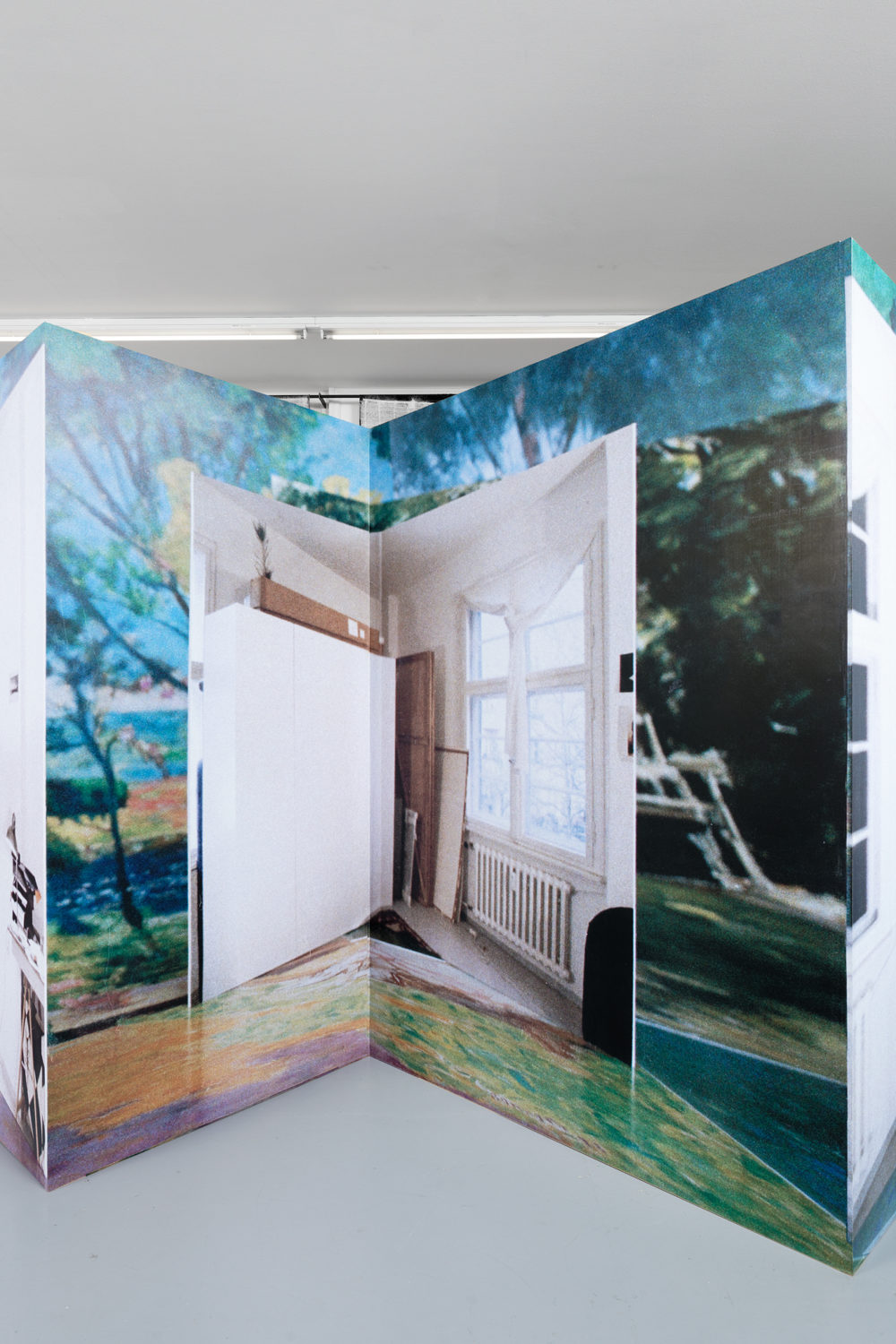 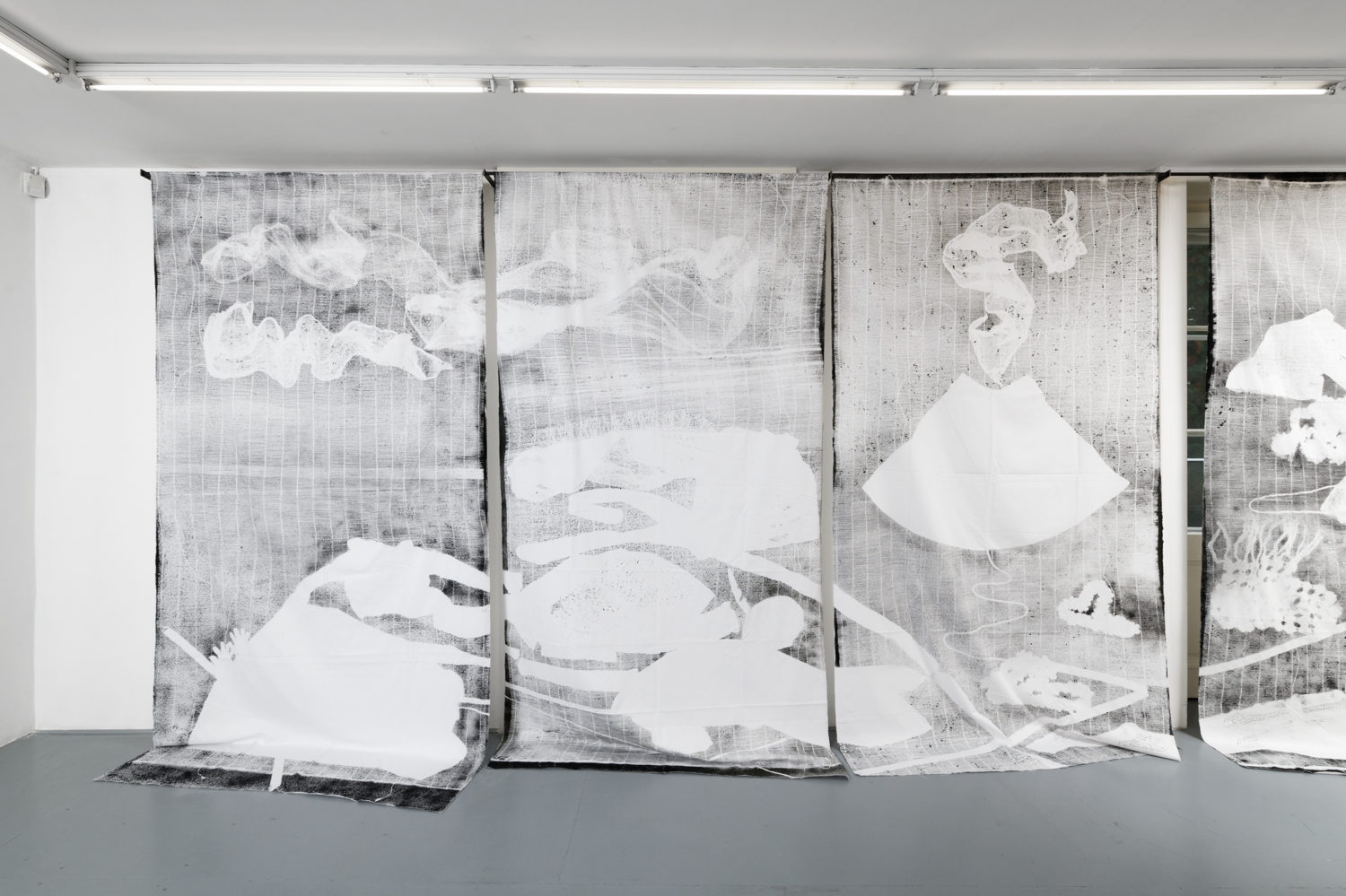 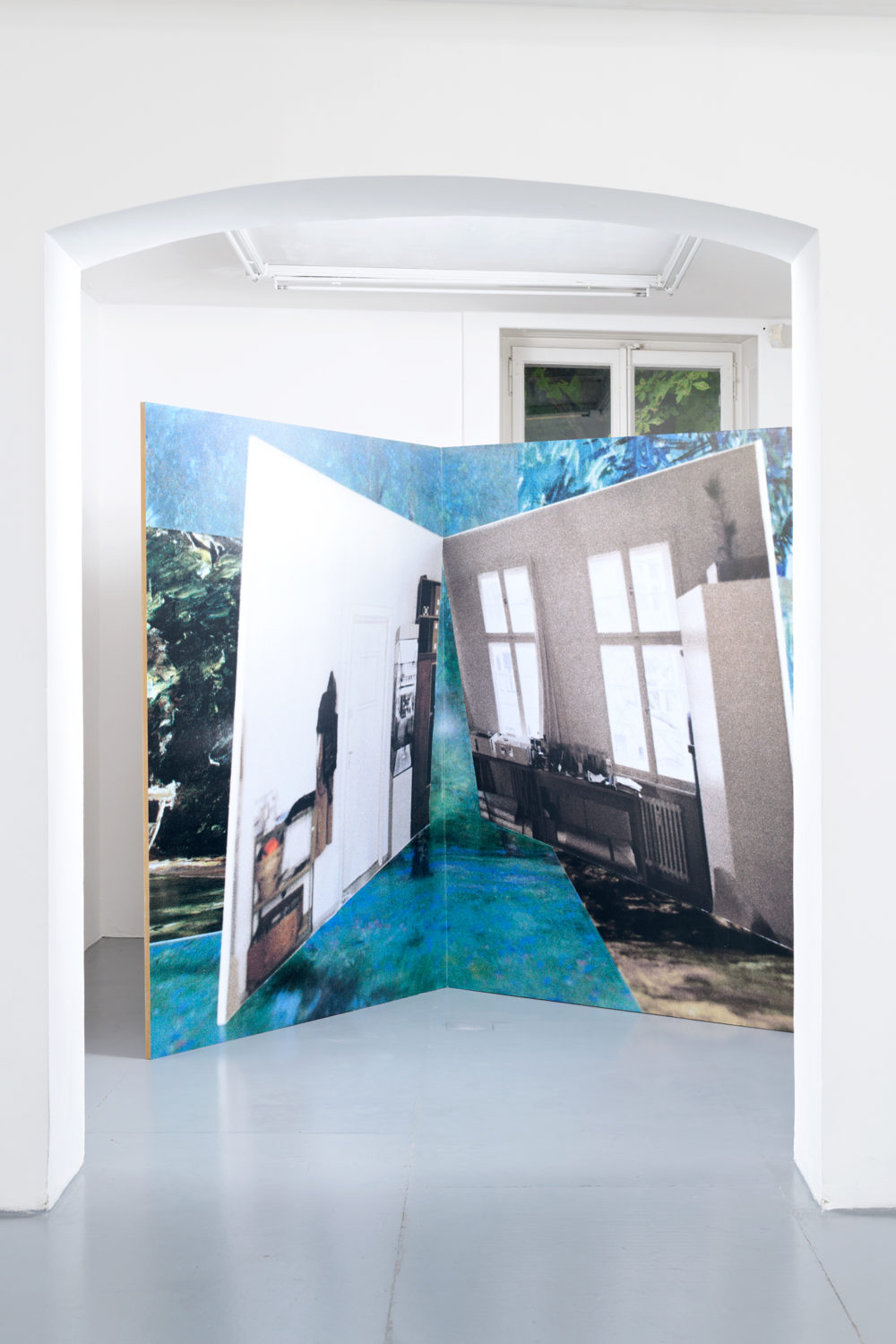 For its first show of the new fall season, La Villa du Parc has invited the artist Alexandra Leykauf (DE, 1976) who has put together an on-sight tour of her recent work on the landscape. Appropriating some of the depictions that have fashioned the modern view of nature, Leykauf plumbs their visual and cultural depths by manipulating them through various reproduction processes and plays on scale and texture. Cheerfully and eagerly drawing on art history, especially the paintings hanging on the walls of the world’s greatest museums, she projects herself and incorporates her image in them through the prism of tangible elements of what she sees daily – her worktable, studio, Smartphone, etc.

For her show at La Villa du Parc, Leykauf offers visitors a number of pieces based on trompe-l’oeil and the kaleidoscope, especially after paintings treating the landscape of Lake Geneva (Crespy le Prince, Hodler, Corot, etc.). She is likewise exhibiting a complete series of her Faces. These are pareidolias with a hidden animality; they surface unconsciously in the harmonious canonical landscapes of art history.

In this way, the artist shifts and upends the explicit and implicit conventions of the (male) gaze, which fashioned landscapes in the past and continues to shape them today, from the window to the screen and from classical perspective to the satellite camera, returning to her eye and ours an active critical position while renewing esthetic wonder.

She studied at the Academy of Fine Art of Nuremberg, Germany, and later at the Gerrit Rietveld Academy in Amsterdam, the Netherlands. Her work has been seen in France in group shows, including Rencontres de la photographie in Arles in 2016, Les Images constellantes at La Villa du Parc in 2015, and at MRAC in Sérignan in 2013 for Entre Deux. Several of her films were screened at the Pompidou Center in Paris in 2011. Finally, Leykauf exhibited a large installation called Salle Noire at the Musée d’Art Moderne de la Ville de Paris in 2010. Outside of France her work as figured in a number of other group shows, including in 2019 at the Kunstlerhaus in Dortmund, Gemany, and Quinta do Quetzal in Portugal; as well as in 2016 in Glasgow, 2014 in St. Petersburg, and 2013 in New York. She has also been featured in several solo shows, notably in 2018 with Caprona (Focal Point Gallery Southend, UK) and cliché verre at the KM Gallery in Berlin.

She is represented by the Martin von Zomeren Gallery, Amsterdam, and KM Gallery, Berlin.