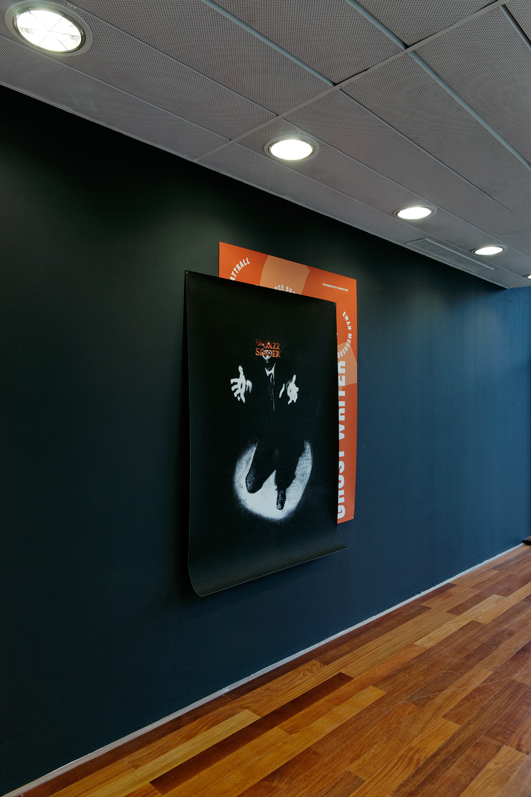 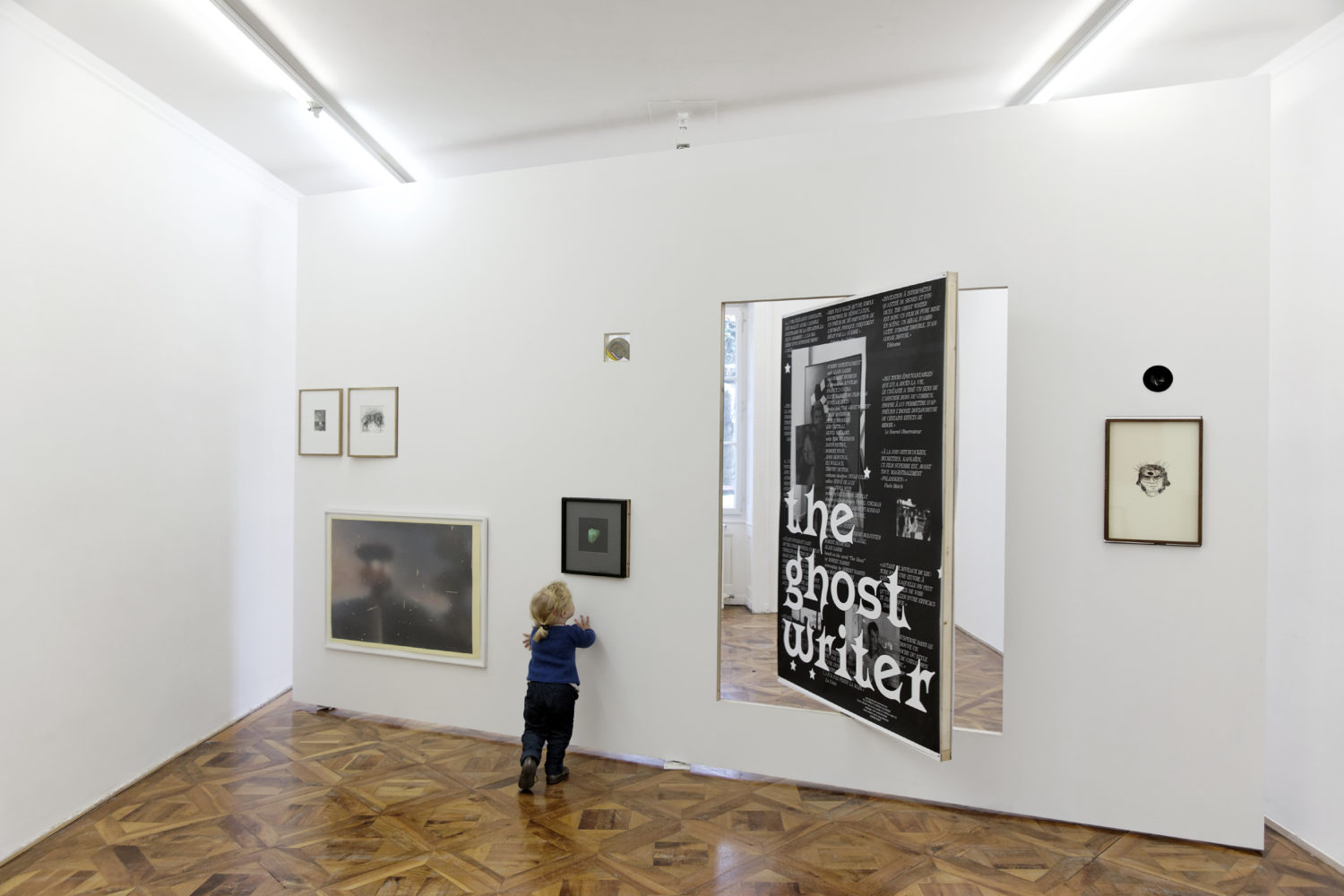 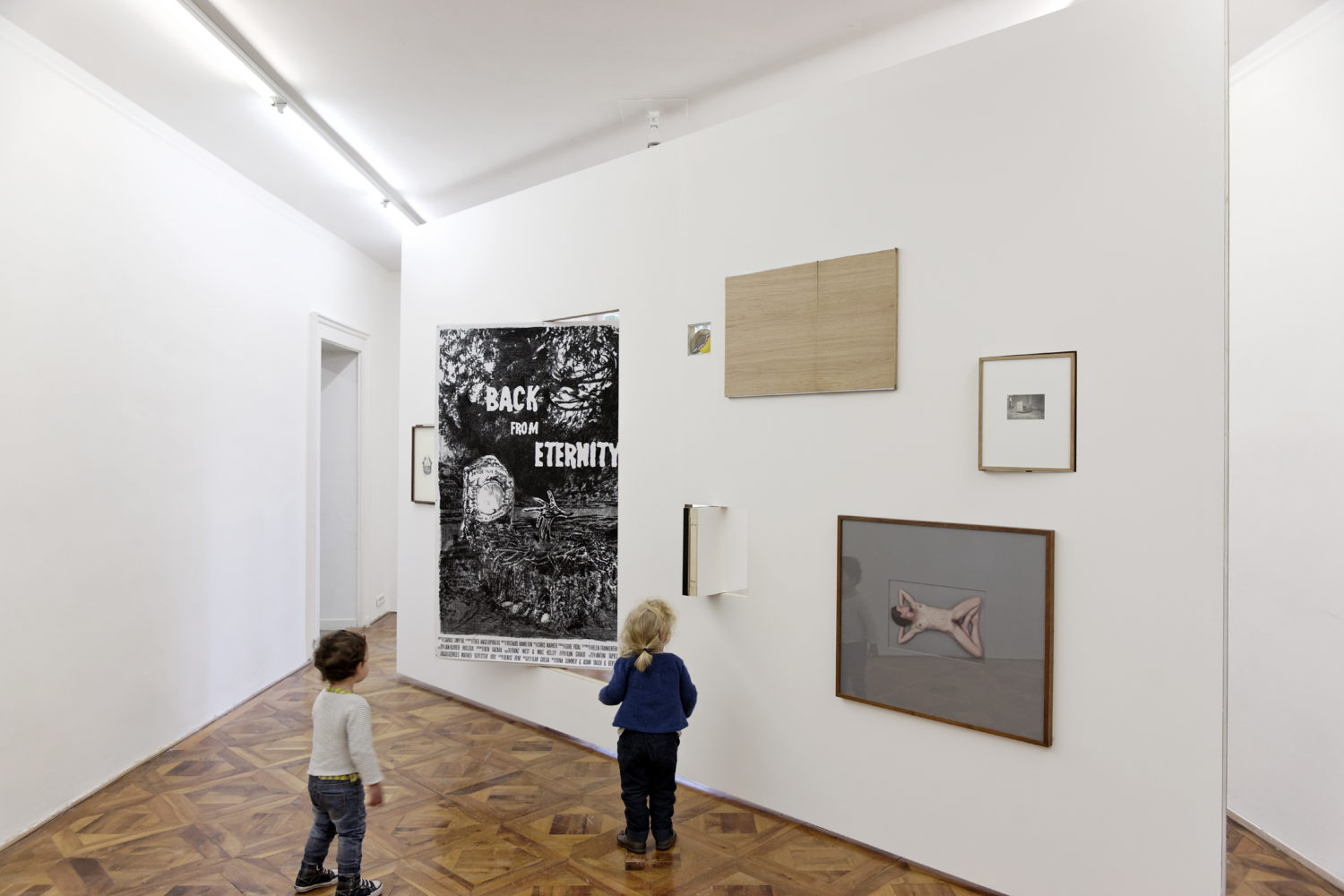 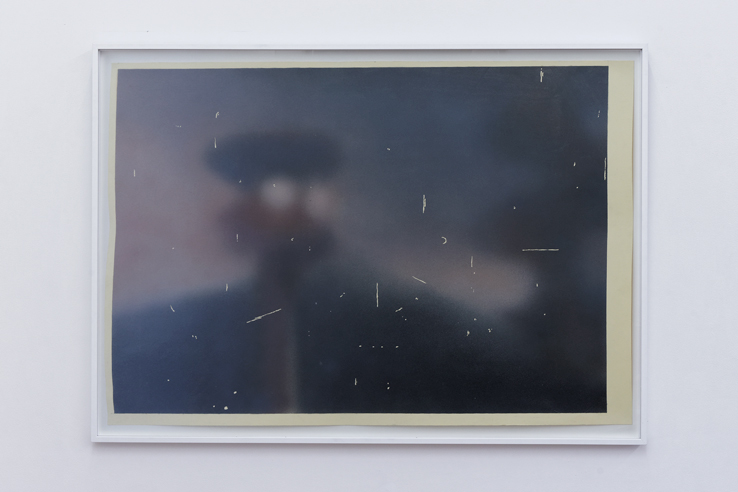 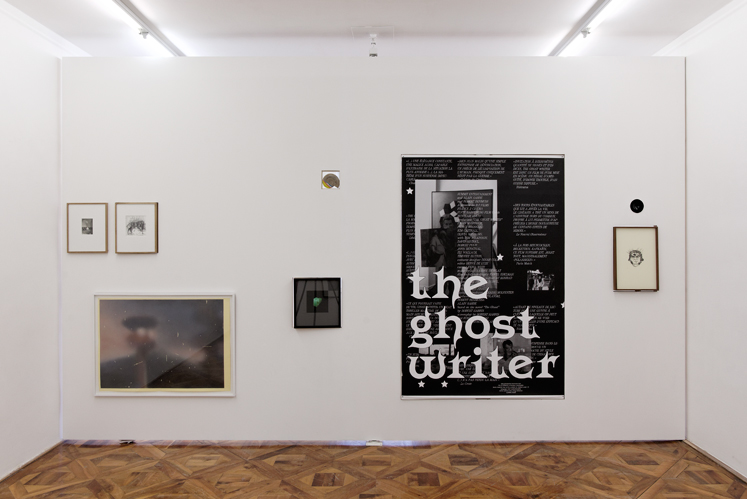 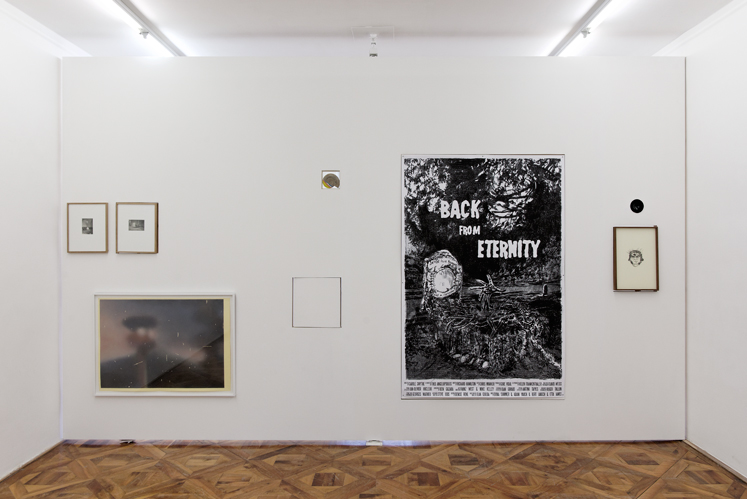 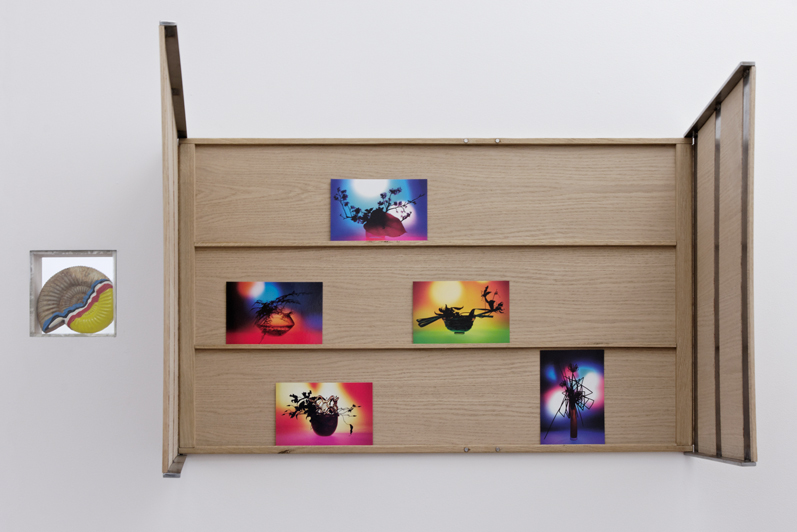 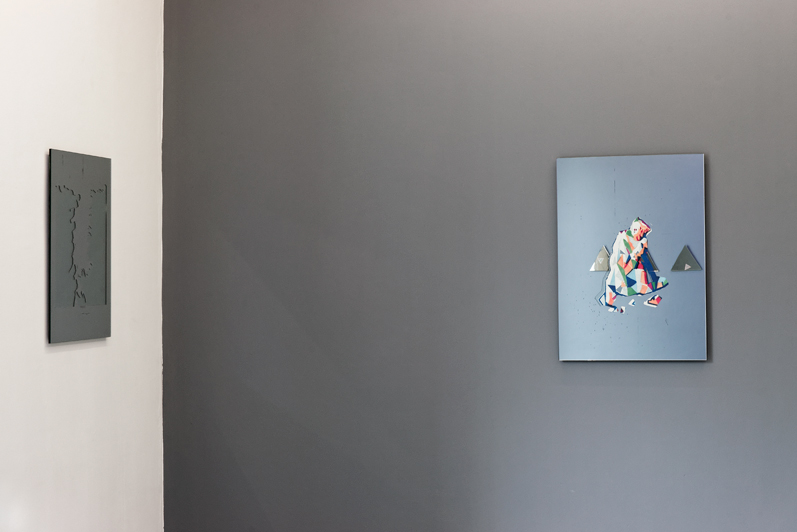 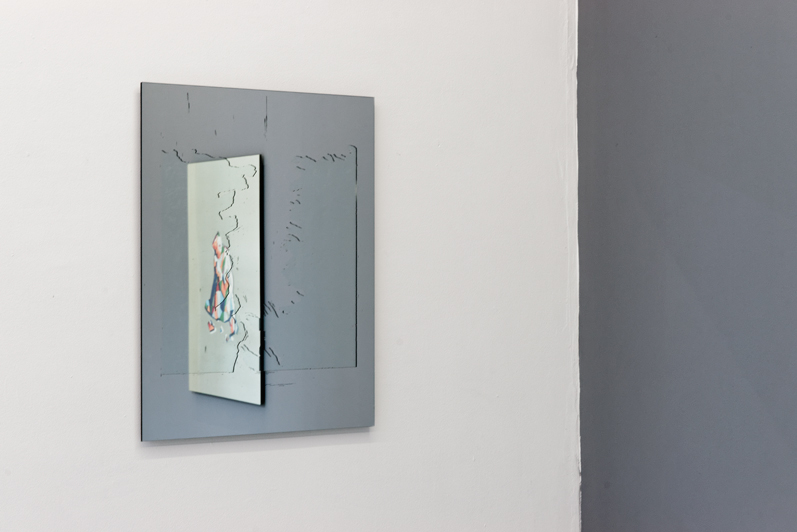 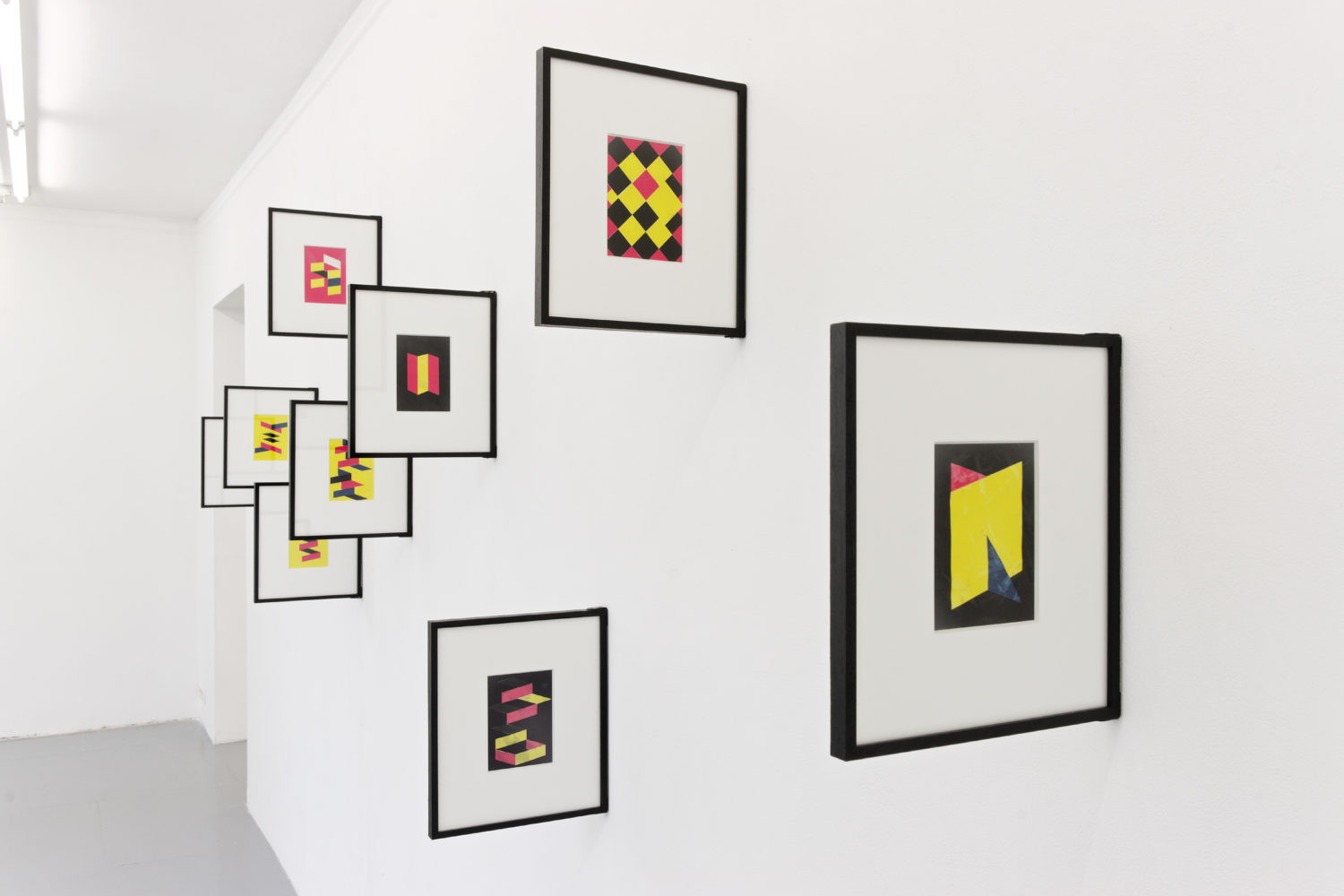 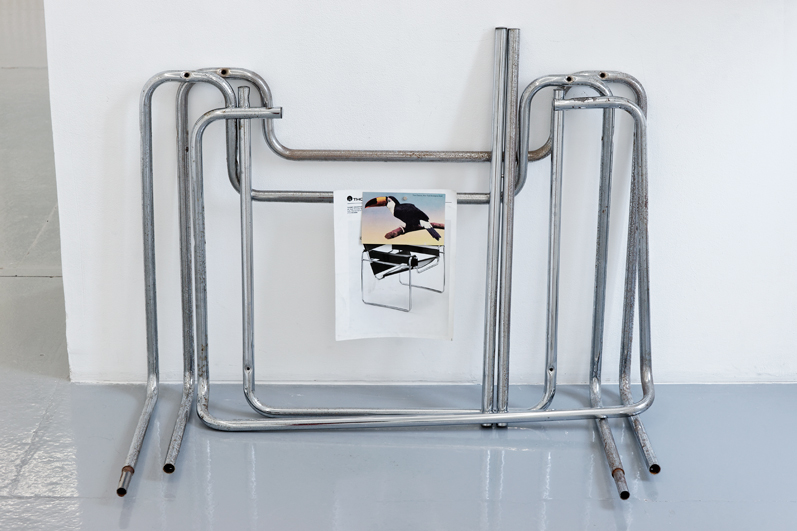 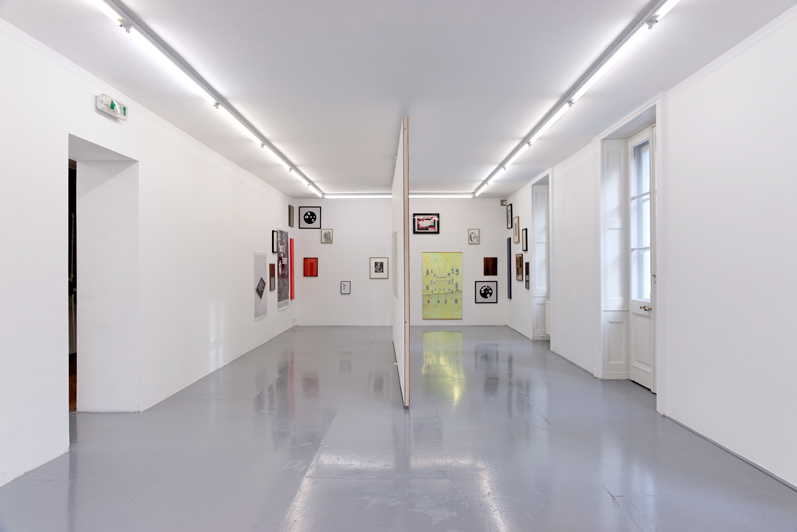 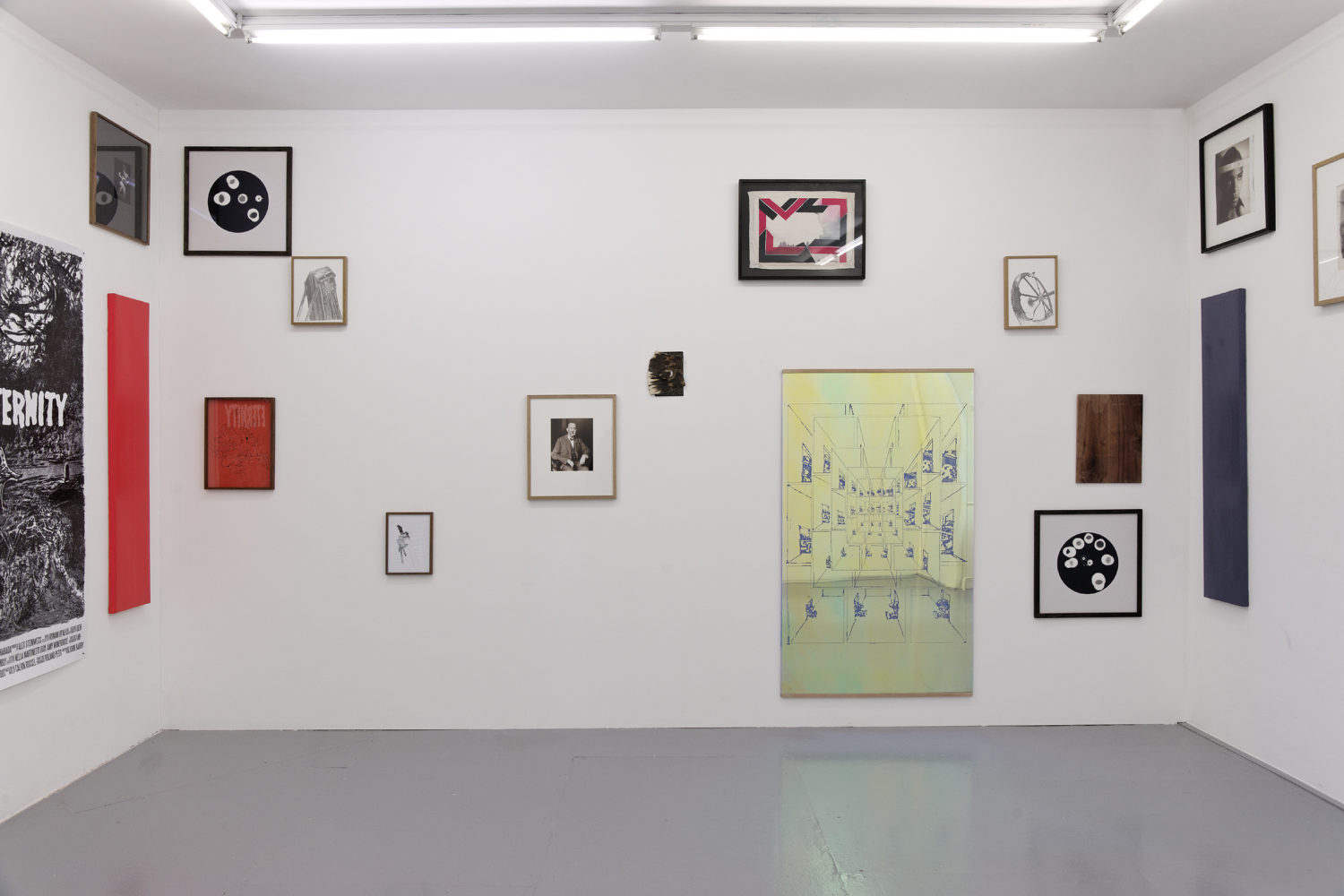 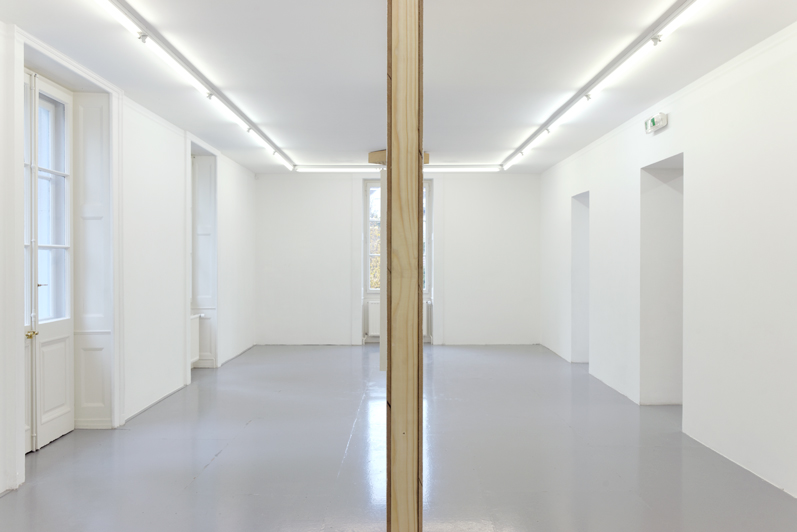 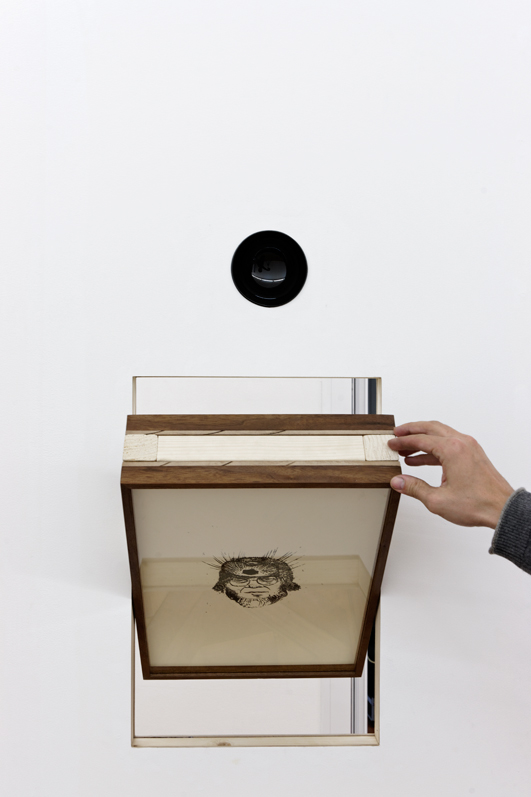 Aurélien Mole and Julien Tiberi have distinct backgrounds and work with quite different supports, yet the two artists like to weave their practices together in one-off projects that allow them to respond to specific exhibition contexts, or imagine common visual tools that call into question and contrast their respective works.

In 2011 they presented an initial version of their Sir Thomas Trope show in a Marseille bookstore, placing the exhibition under the aegis of an enigmatic character. Although imaginary, the tutelary figure is in fact inspired by the English architect Sir John Soane, whose London residence housed a teeming collection of antiquities arranged like a cabinet of curiosities and filled with optical illusions, small recesses, and reflections. The character’s name here, with the first name pronounced “tomah” à la française, springs from a play on a homophone in French, the “thaumatrope,” a small pre-cinematographic optical instrument and illusion involving the quick rotation of a disk or card bearing a different image on each face.

A device based on pivoting walls makes this conjunction of optics and architecture a physical reality, an entertaining and playful display in which the pair’s respective works of art lend themselves to new points of view. Numerous rotations, integrated in the wall mechanism and acting on the artworks themselves, make it possible to develop the process outward over and over while placing artworks within artworks within artworks, an ever-evolving mise en abyme. These interconnections, moreover, induce and shape an initial reading of Mole’s and Tiberi’s output, whose pieces often start with an overlaying of references and links between one artwork and another. Mirror effects, upside-down images, plays on the front and back of certain pieces, a cabinet of postcards—these are so many experiments that merely setting up this particular display conjures into existence, and whose effects feed into the artists’ practices more than ever.

The contemporary art center of Villa du Parc has invited Mole and Tiberi to summon the figure of Sir Thomas Trope once again for a new appearance. Sir Thomas’ latest encounter with contemporary art will feature a hidden archive from the Marseille show, along with three pivoting and rotating walls created specifically for the show. The exhibition will include numerous pieces by both artists, Mole’s unfinished objects, for example, and new drawings and paintings by Tiberi.

Aurélien Mole and Julien Tiberi’s show Sir Thomas Trope is their first monographic exhibition in an art center. It is part of the Villa du Parc 2012-2013 program “Two for Tea,” which explores different two-person approaches to art and making art.

Born in 1975, he lives and works in Paris.
A deliberately eclectic jack of all trades, Aurélien Mole is active in several professional and artistic fields. He is an art critic, exhibition photographer, and curator; his artistic interventions offer a range of interconnections and echoes that are like so many points of view and devices whose form is a reaction to a specific context. Technique and subject often come together in his work as part of a play on form, semantic collusion, or the merging of historical events. Shifting images and objects from one world or perspective to another, the artist has recently worked with the potential for use and meaning that can be found in design objects. Aurélien Mole’s work is currently on view at CNEAI in Chatou, and the Francesca Pia Gallery in Zurich; his work as a curator can be seen at La Saline d’Arc-et-Senans, and, in November, in Genevilliers.

Born in 1979. He is represented by Galerie Sémiose, Paris.
Julien Tibéri’s practice has taken shape around drawing imagined as a “system of extended memory.” The artist observes the history of the genre, appropriates its techniques and styles, and experiments with all the forms of documentary drawing (the courtroom sketch, caricature, book illustration, etc.), which he reinterprets in anachronistic fictions that commingle worlds from different periods.
His great range of techniques is still growing and recently included work on inscribing line and drawing in the support through scratching and scraping out its surface. In 2011 Tibéri exhibited at the Palais de Tokyo and Galerie Sémiose in Paris and Studio 106 in London, as well as numerous group shows in France and abroad.