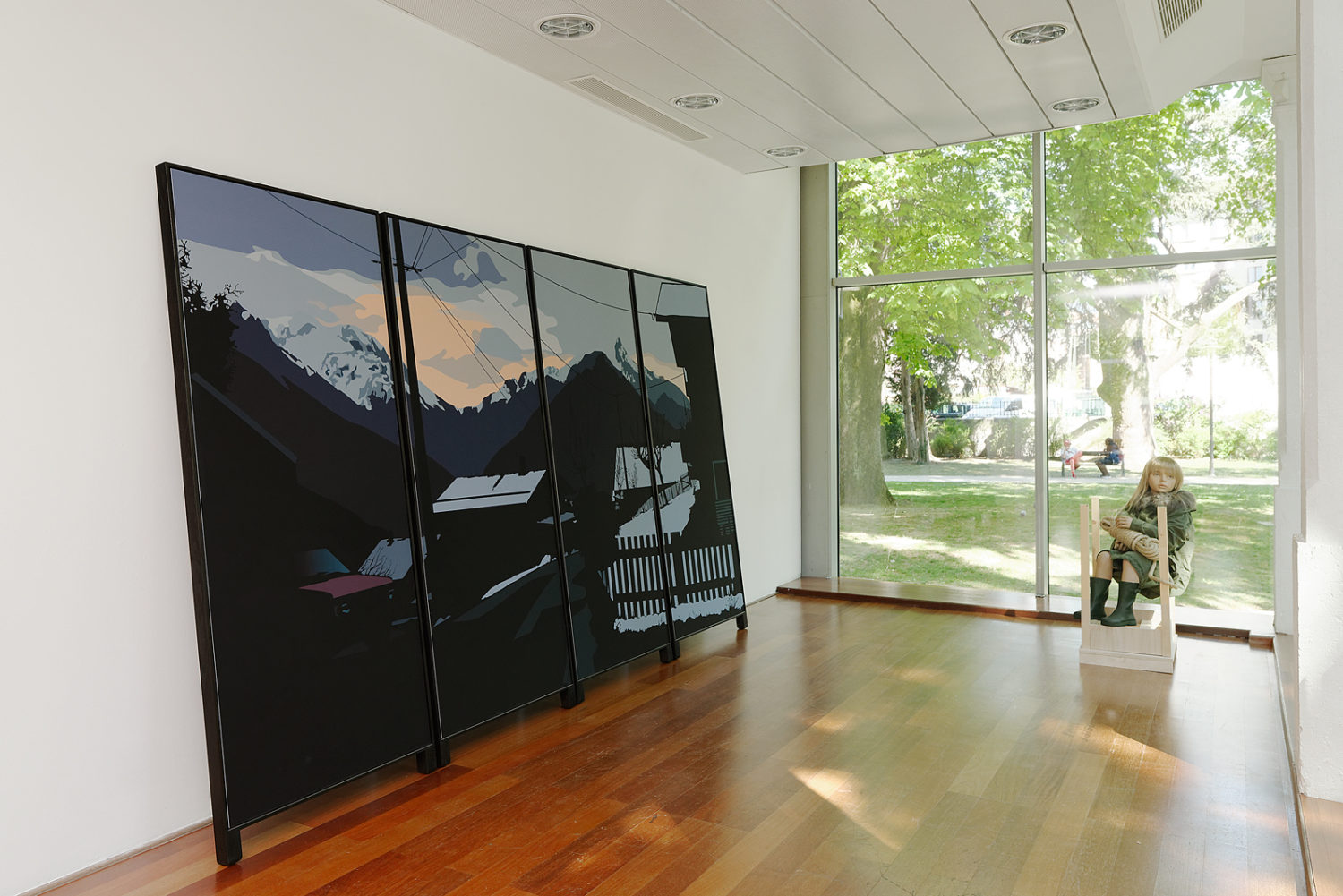 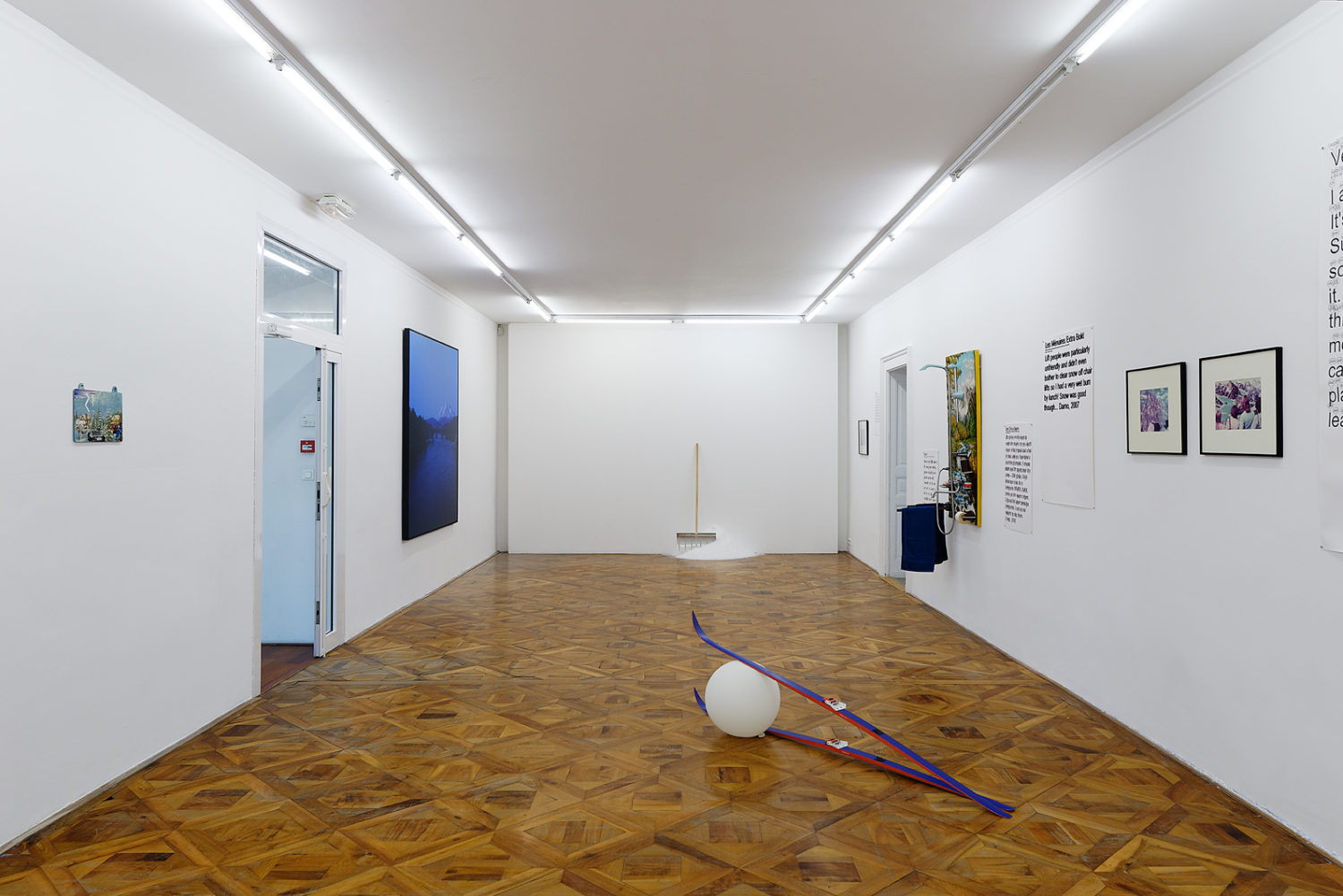 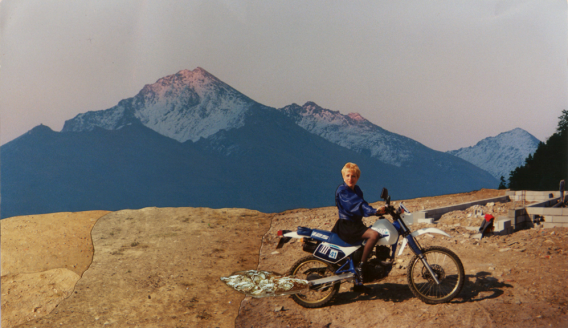 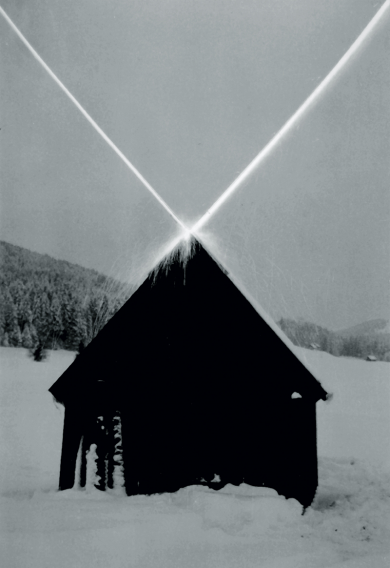 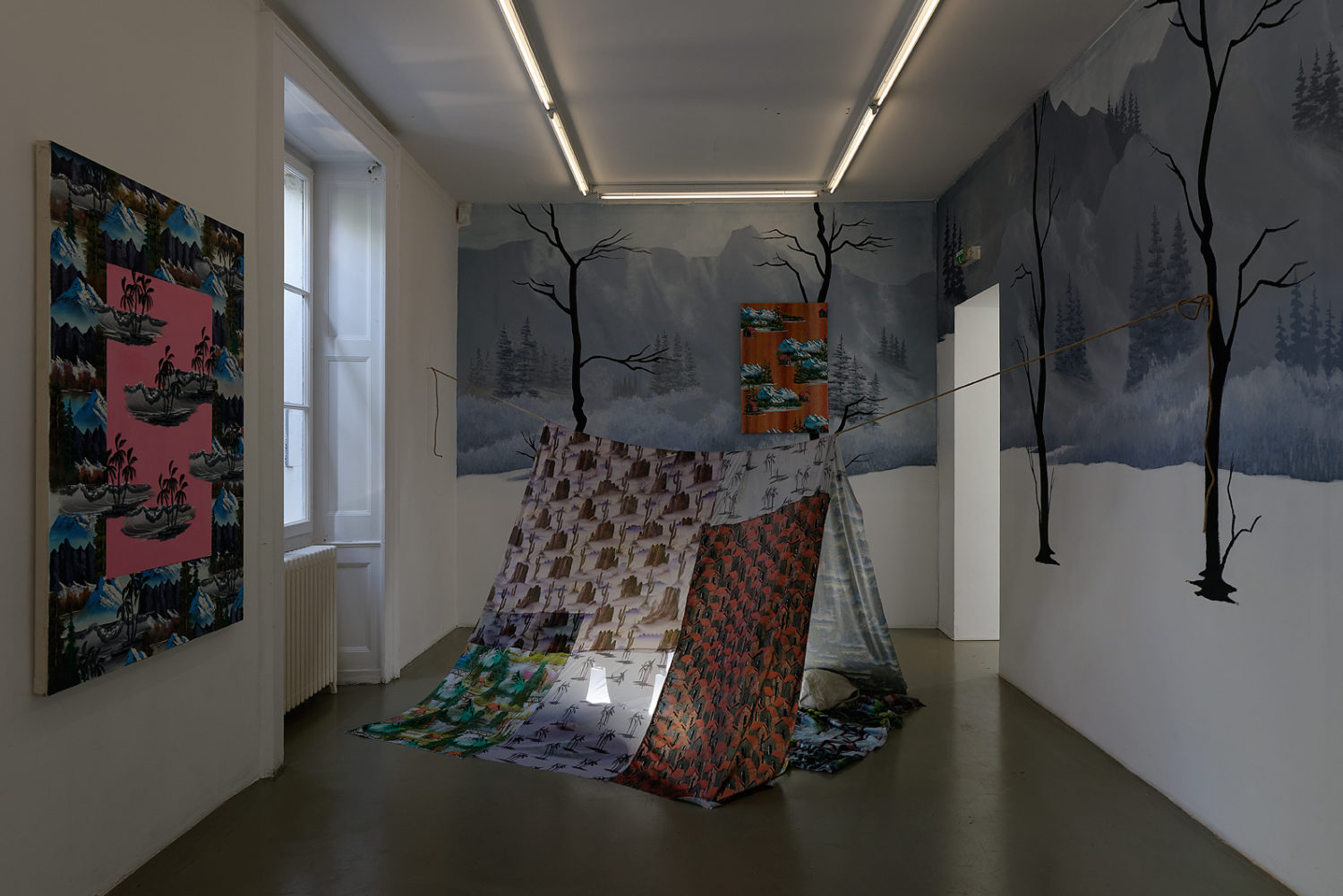 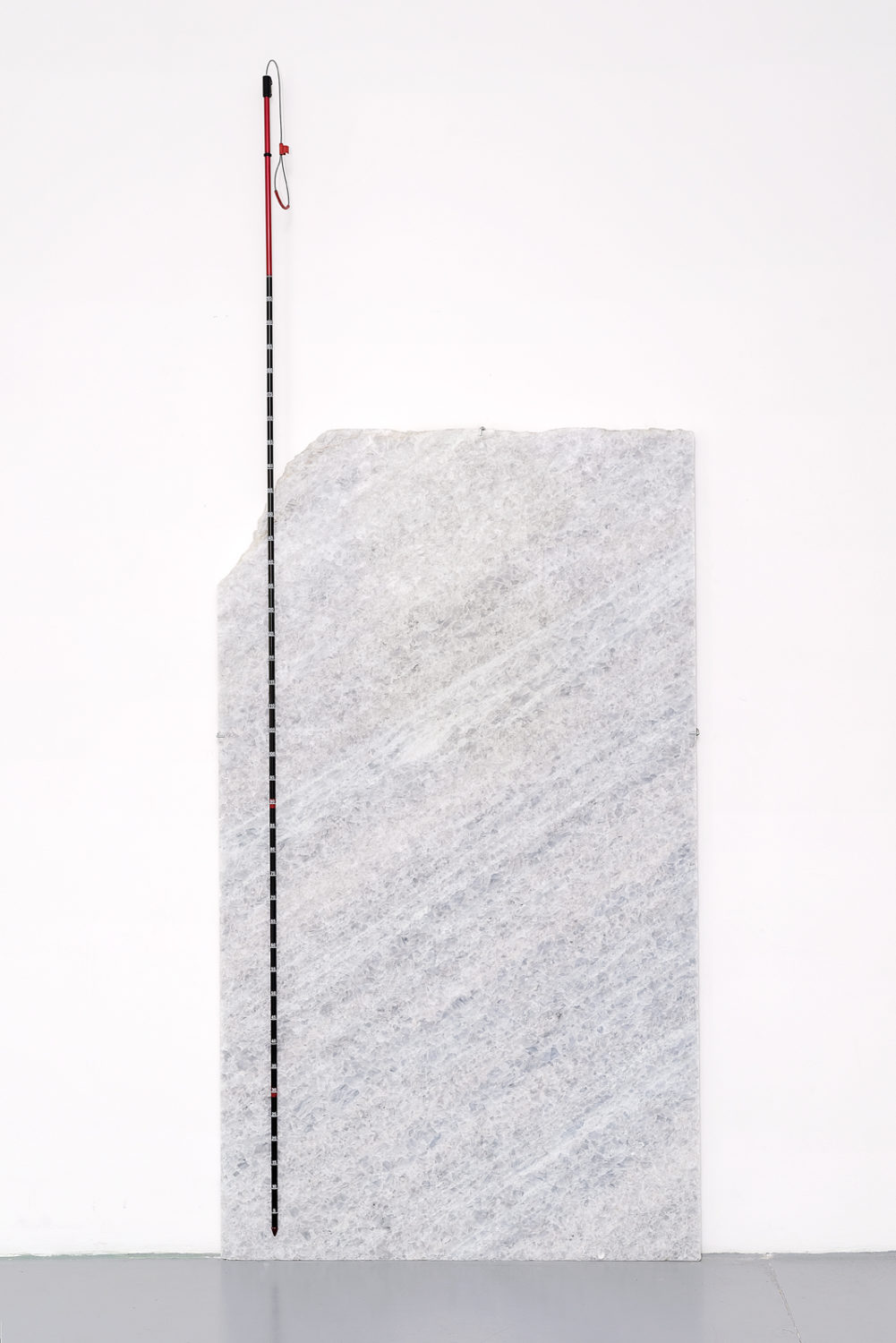 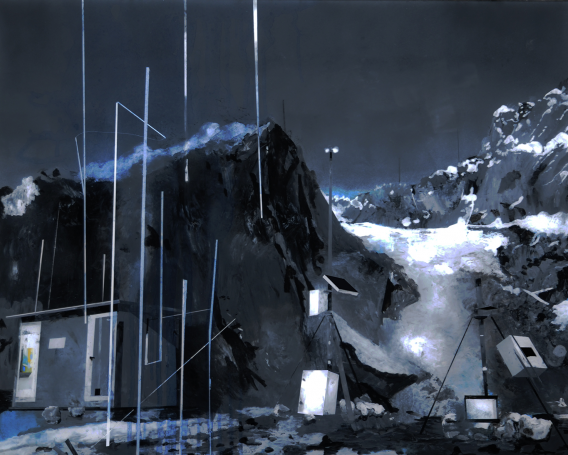 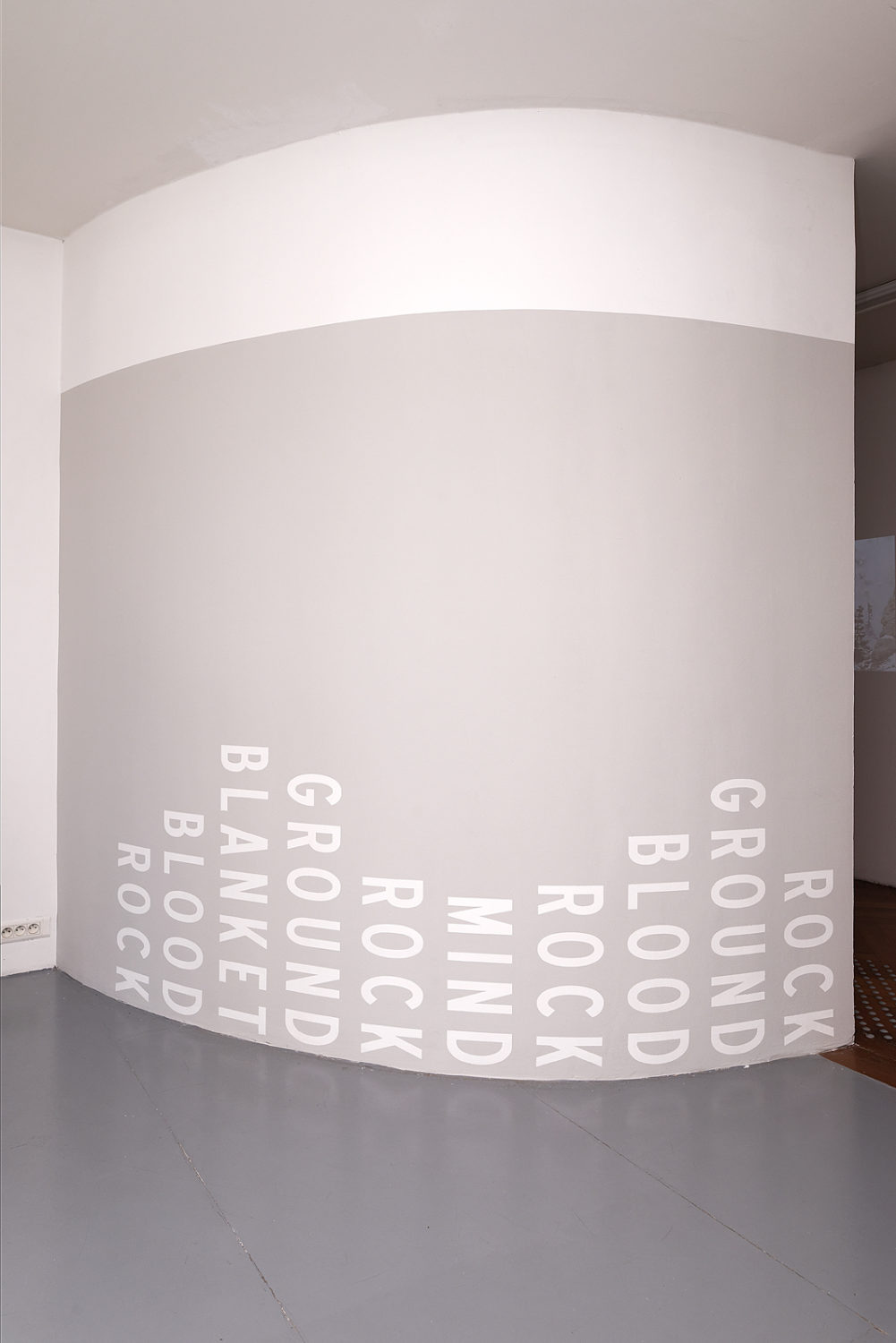 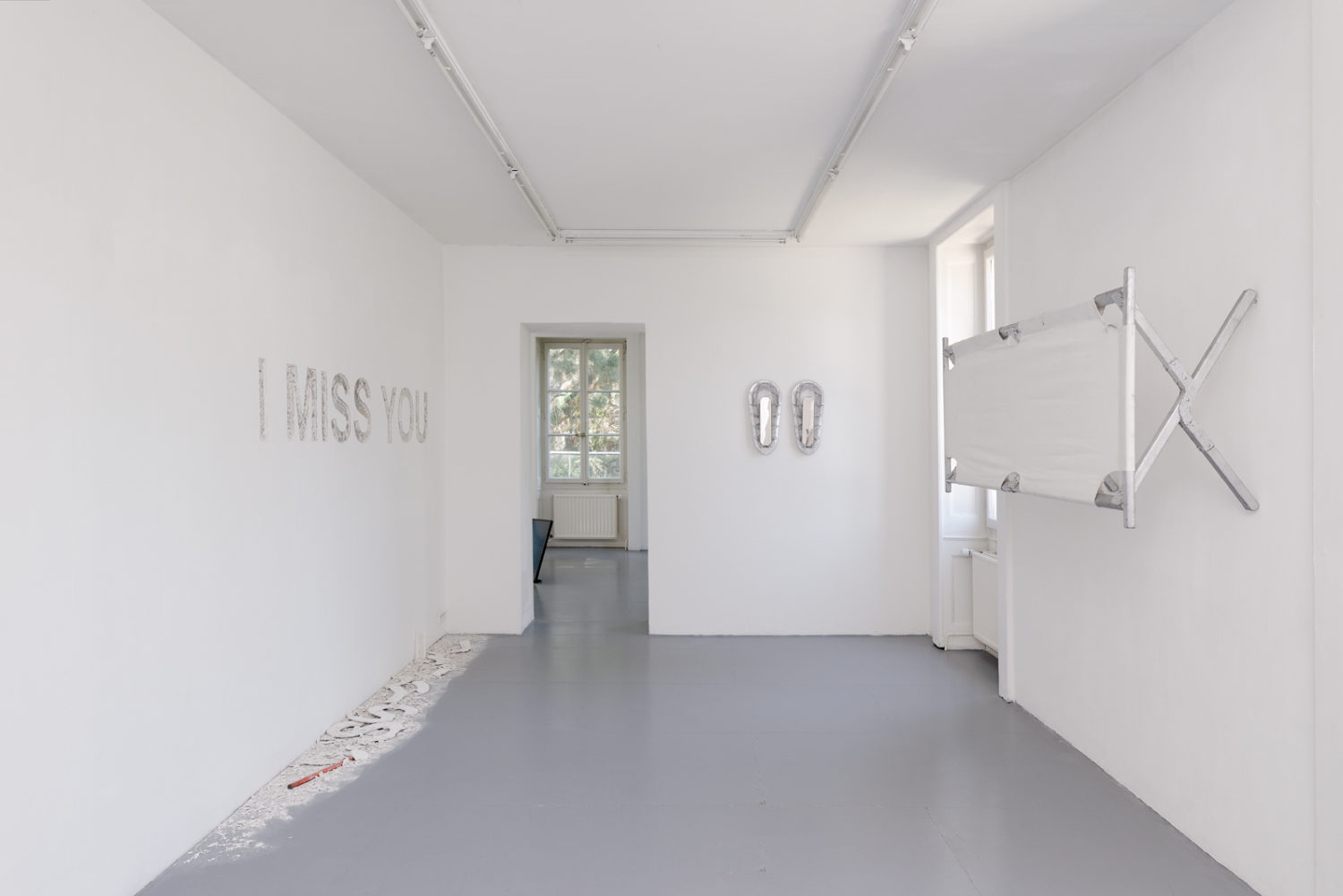 Synopsis for an exhibition on the contemporary mountain

1/ The sentinels of the Arve Valley

First star, last snowflake springs from a wish to echo some of the climate questions being raised daily in Annemasse and the surrounding region. Located in the Western Alps, the region follows the Arve at the bottom of the valley (with the A40 freeway running parallel to the river), at mid-elevation includes a number of mythic ski resorts like Chamonix, Megève, Flaine or Avoriaz, and ends high in the Alps, in Chablais, Bornes, Aravis, Haut-Giffre, Aiguilles rouges, and of course Mont-Blanc overlooking it all. In Haute-Savoie, weather reports aren’t merely small talk. The subject is even a highly economic one and punctuates many conversations. “Are they going to cancel the snow vacation at Plaine-Joux for the kindergarten classes ? Can you haul snow by truck when it’s too warm for the snow guns in Petit Bornand ? How can we put an end to this sad record of 35 days in a row of peak fine particulate matter pollution in the Arve Valley ? Am I going to knock off for a half-day and take advantage of yesterday’s little snowfall ?” are the kinds of questions that everybody wonders about at some point in keeping with their professional, athletic, elective, or other activities.

Nowadays climate change, whose effects are especially visible in the Alps and on the slopes of the Mont-Blanc massif, is acting like a canary in the mineshaft and prompting a reevaluation of the economic and environmental stakes now in play, relayed by local and international public opinion that is increasingly aware and mobilized to preserve the world’s ecosystems.

In a display focusing on the activities and landscapes found at different altitudes, the show aims to address contemporary mountains as a lived geography running counter to the preponderant image of the Romantic Sublime, which started taking shape in the 18th century and was subsequently picked up by and promoted in advertising imagery, which extolled mountains as a pure, intact, preserved land. Although they have always been stamped by the fascination that mountains exercise, the invited artists have represented their many facets, from the most down to earth to the most fantastical. The point of view is consciously non-documentarian, dealing with a few inevitable elements but in a distanced way, i.e., snow, the view, chalets, ski slopes, winter sports, avalanches, peaks, glaciers, mountain refuges, mountaineers, the cold, and the fascination of the Far North.

The Villa du Parc’s ground floor is devoted to the lower and mid-range elevations, focusing on the domesticated and tourist side of mountains and the development of a culture and lifestyle that are strongly linked with snow. On the one hand, winter sports are the occasion for a number of amused and facetious looks at the subject, for example from the 1960s and 1970s with the works of the Italian artist Luigi Ghirri and the Swiss artist Daniel Spoerri, while Roman Signer has been carrying out funny, poetic, and occasionally explosive experiments in snow-covered settings since the 1960s. More recently, Alain Bublex humorously envisions the mountain label in images where he adds famous peaks to improve the view of certain landscapes, and Claude Closky retranscribes consumers’ take on emblematic resorts for which he comes up with specific fonts. Finally, the excesses and hyperbole of mountain tourism haunt the raw, critical form Gaëlle Foray’s collages.

The nostalgia of the winter landscape pervades many pieces, like the drawing of the French artist Valérie Sonnier, who scrutinizes in detail the memories of her childhood home. The patterns’ patchwork of the young British painter Neil Raitt mixes motifs of snowy forests, Canadian mountains, and Bedouin tents. And Evariste Richer’s “masks for making snow fall” act like a new ritual for warding off snowless years.

3/ “Oh my father, I would be ill at ease in that vast country, I’d rather live under avalanches”

One floor up draws us closer to the clouds as the show focuses on contemporary depictions of high elevations and peaks, where values and our usual reference points are lost in the cartography of summits, which merge with the stars (Neal Beggs); or in the ridge line of the Mont-Blanc massif, which has become translucent and misty like a cloud (Julien Discrit). Echoing current anxieties, ghostly images appear and then seem to disappear and retreat in a series of summit X-rays in which one struggles to discern an outline (Dove Allouche), or in the dark and mysterious painting of the Pic du Midi weather station, destroyed and abandoned (Muriel Rodolosse). Because they are the place of intense, human, esthetic, and scientific experiences, mountains are also expressed in words, measures, and materials. Avalanches, for example, assume a series of shapes. They are by turns embodied in a great slab of blue calcite (Evariste Richer), a shimmering almost seascape-like painting on Plexiglas (Muriel Rodolosse), and a video whose brash slogan is immediately annihilated by a natural catastrophe (Elodie Pong). The discrete figure of the mountaineer is mocked in the classic pose of the conquered summit (Wood & Harrison). In a playful vein reappropriating survival in extreme conditions, Nathalie Talec has laid out the basic necessities of her mountain refuge in the gallery allotted to her work; it is made up of vital objects decorated in rhinestones and mixes documentary and vernacular images and portraits of serious adventurers with a rather absurd range of equipment. She points visitors to the fascination of the Far North, lands of expeditions and the unknown, where other communities live and thrive in the extreme cold, here poetically represented by an Inuit doll facing a psychedelic video (Denis Savary).

It is a well-known fact that the weather can change very quickly in the mountains, so it is possible that this forecast of what this show has in store may change completely between now and the opening. 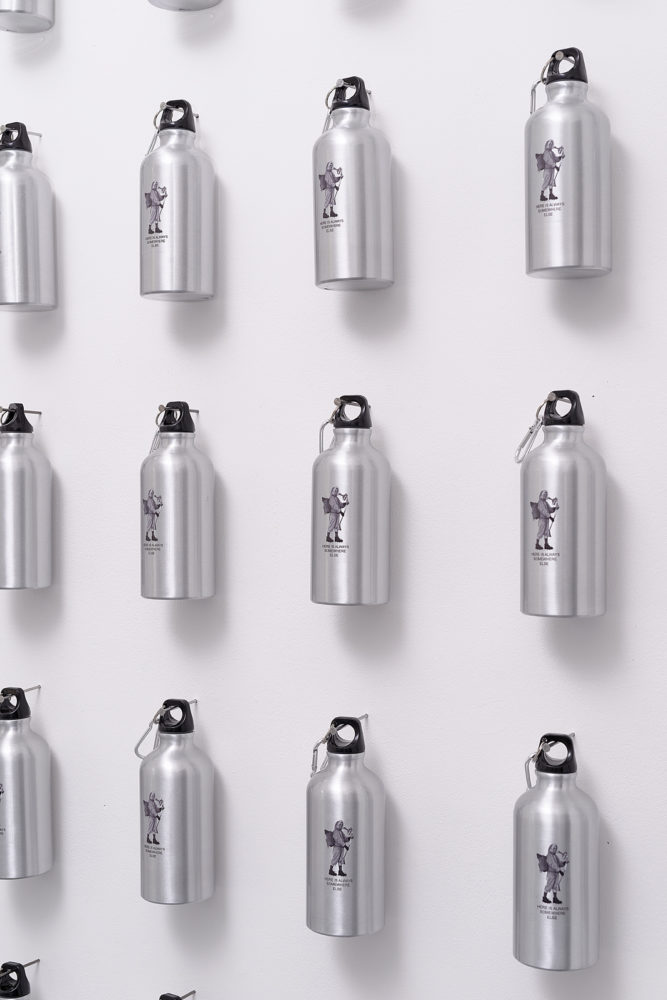 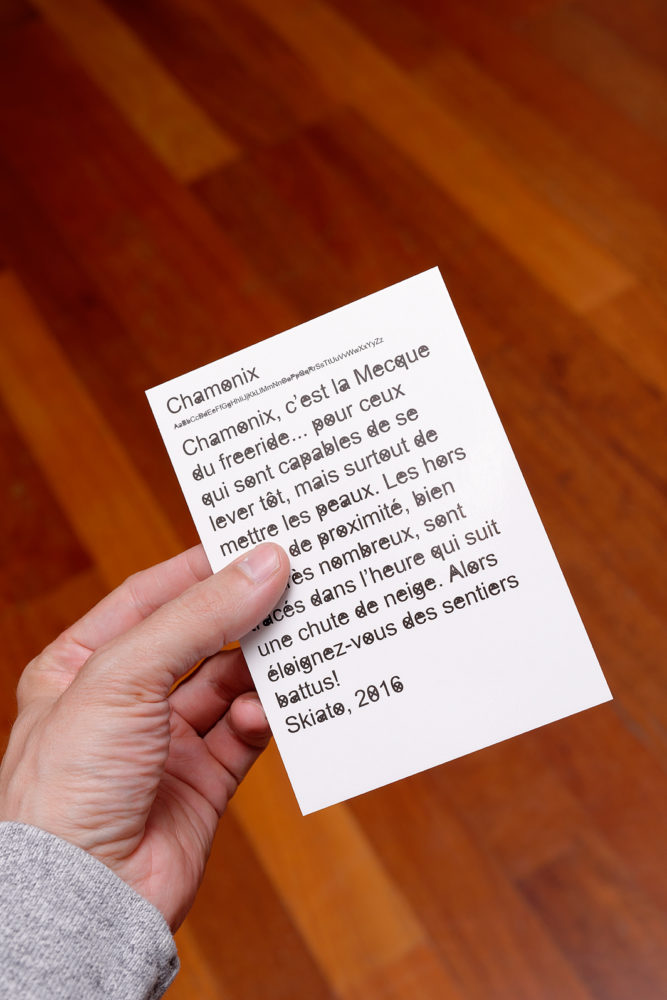