Why I am all blue 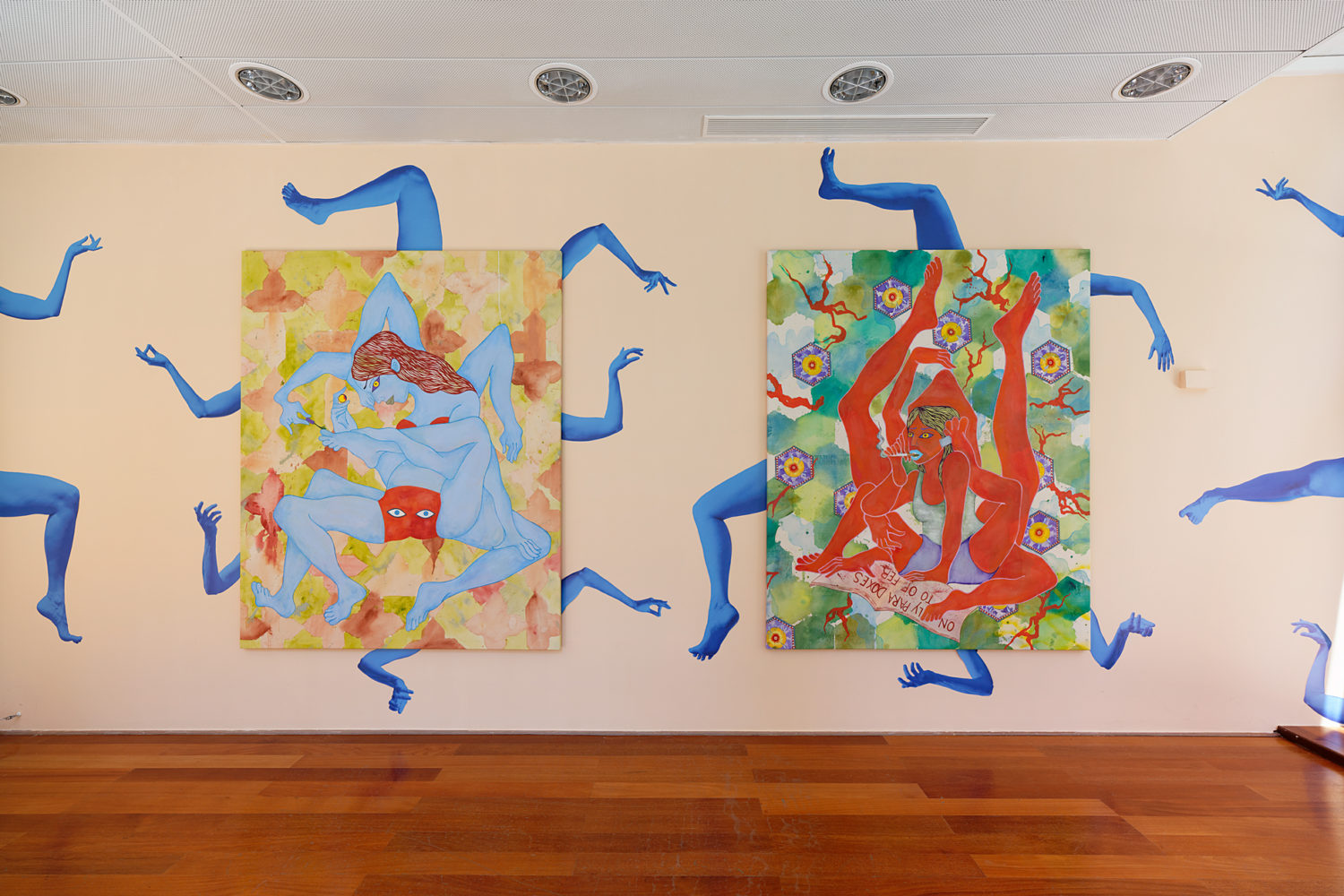 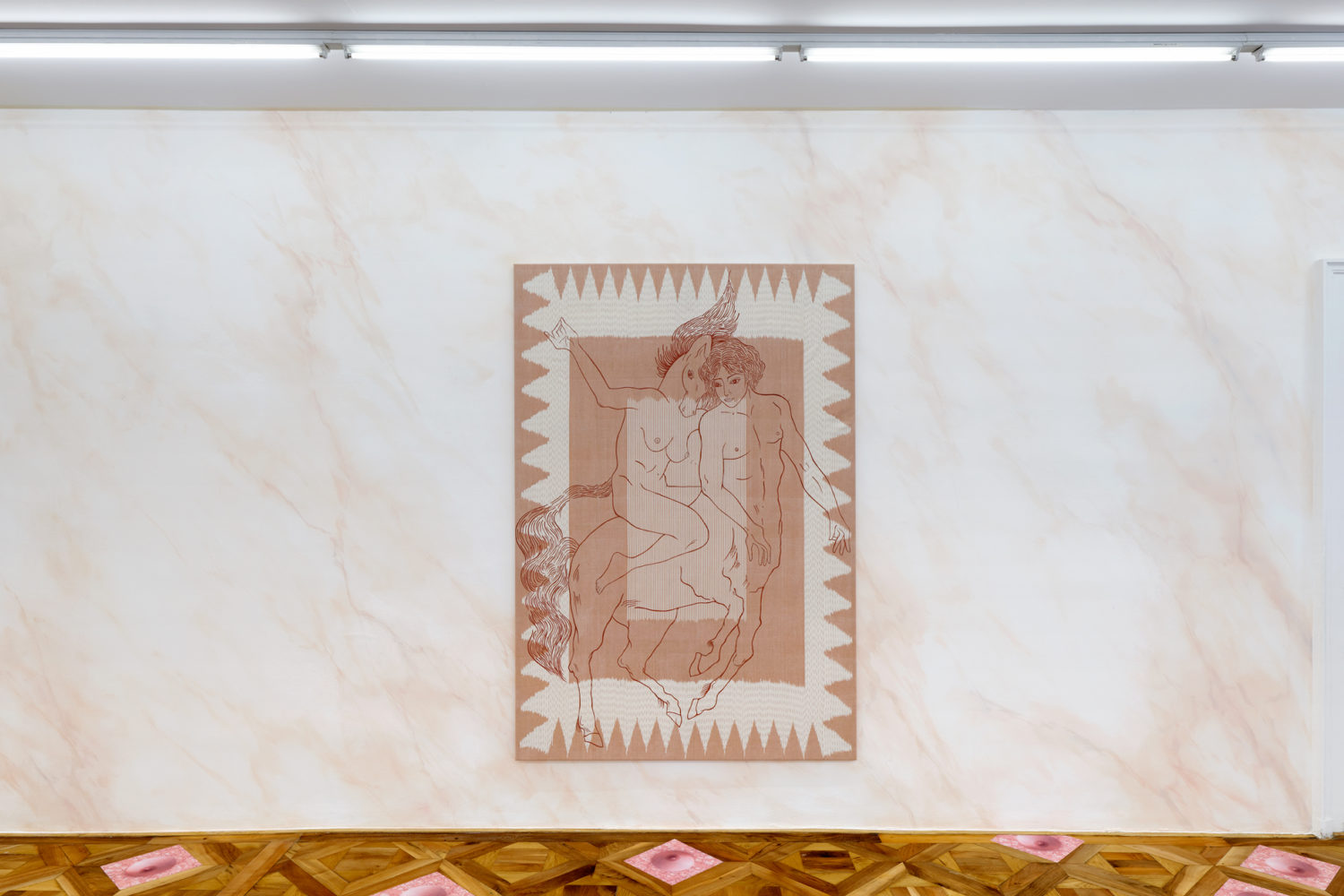 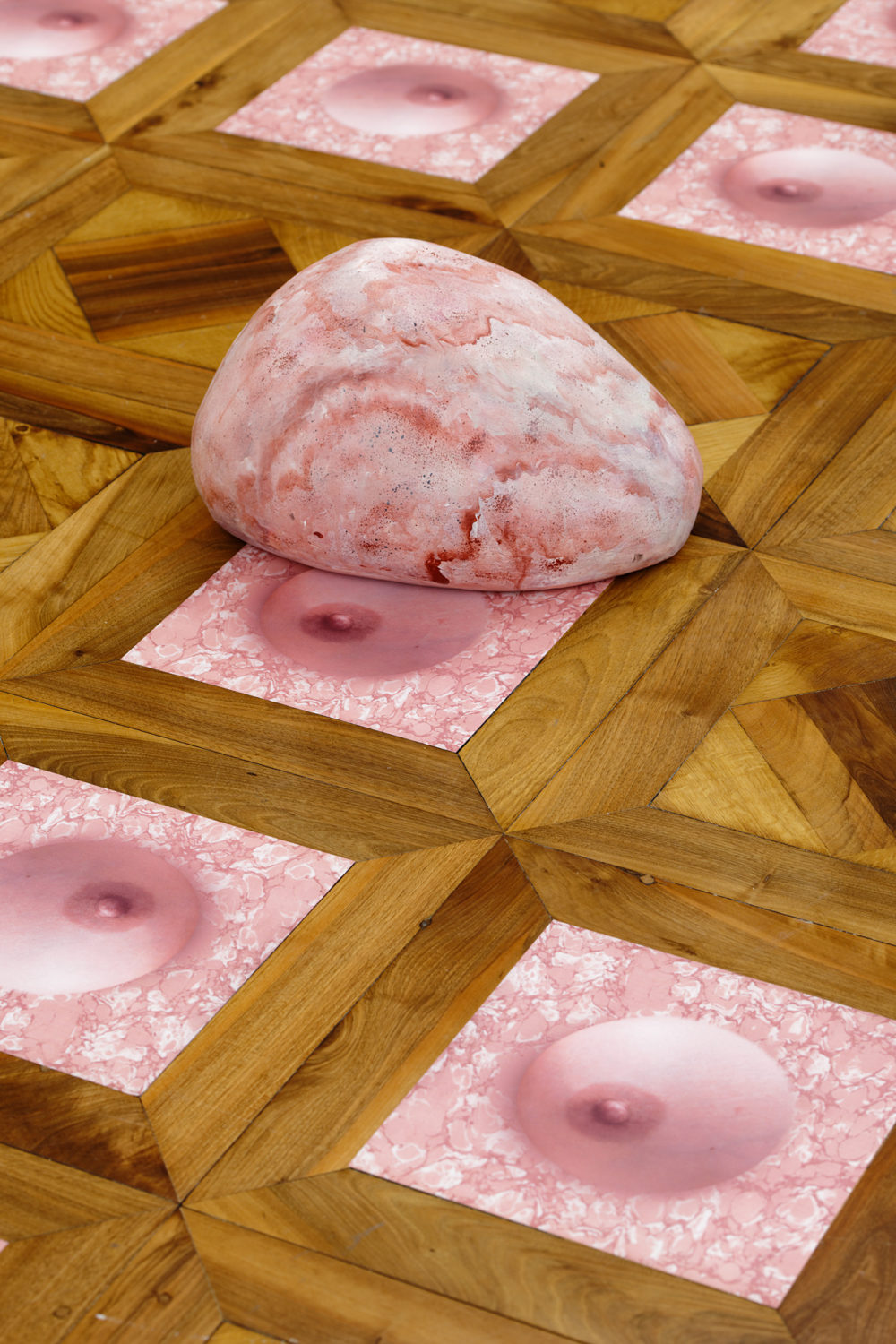 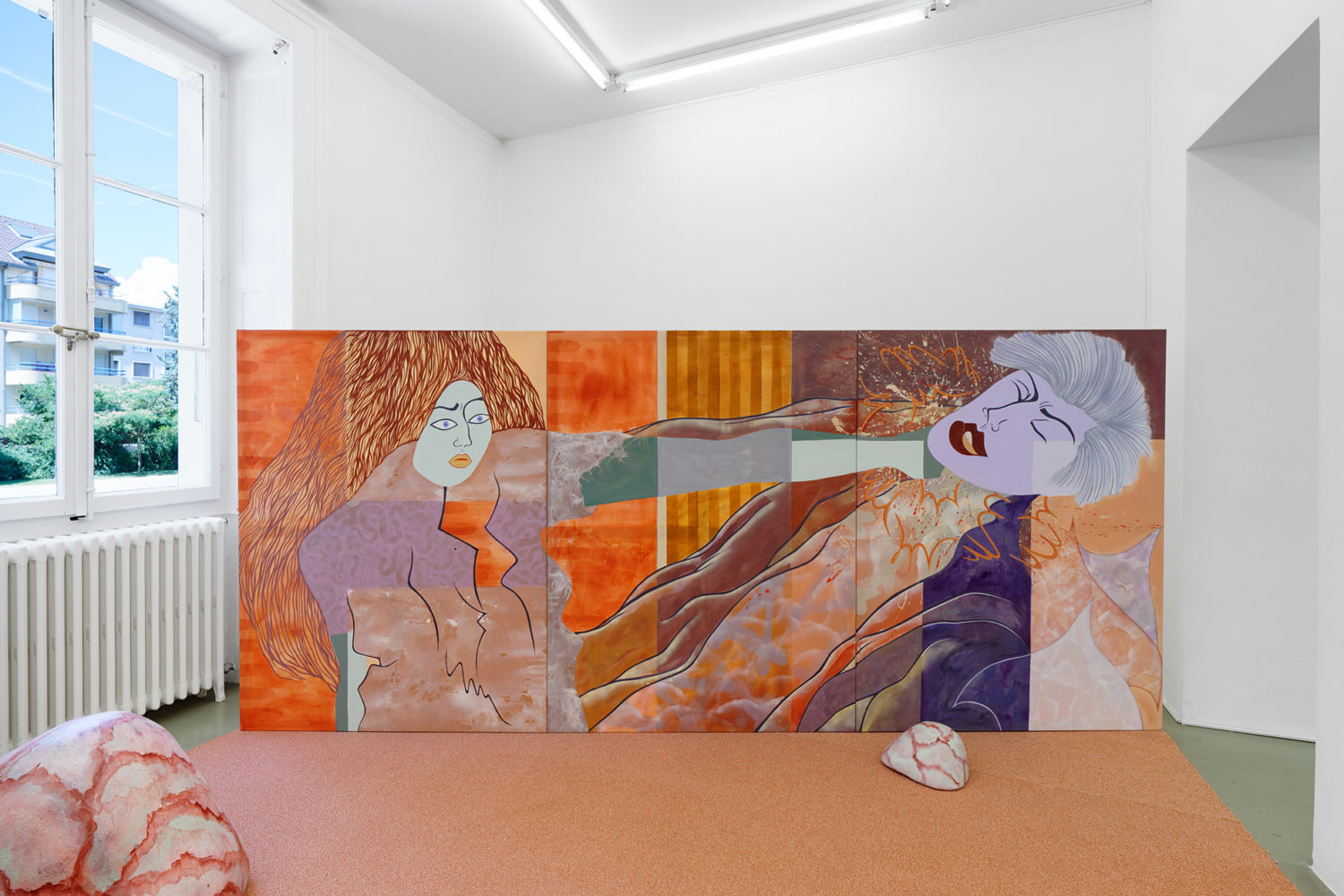 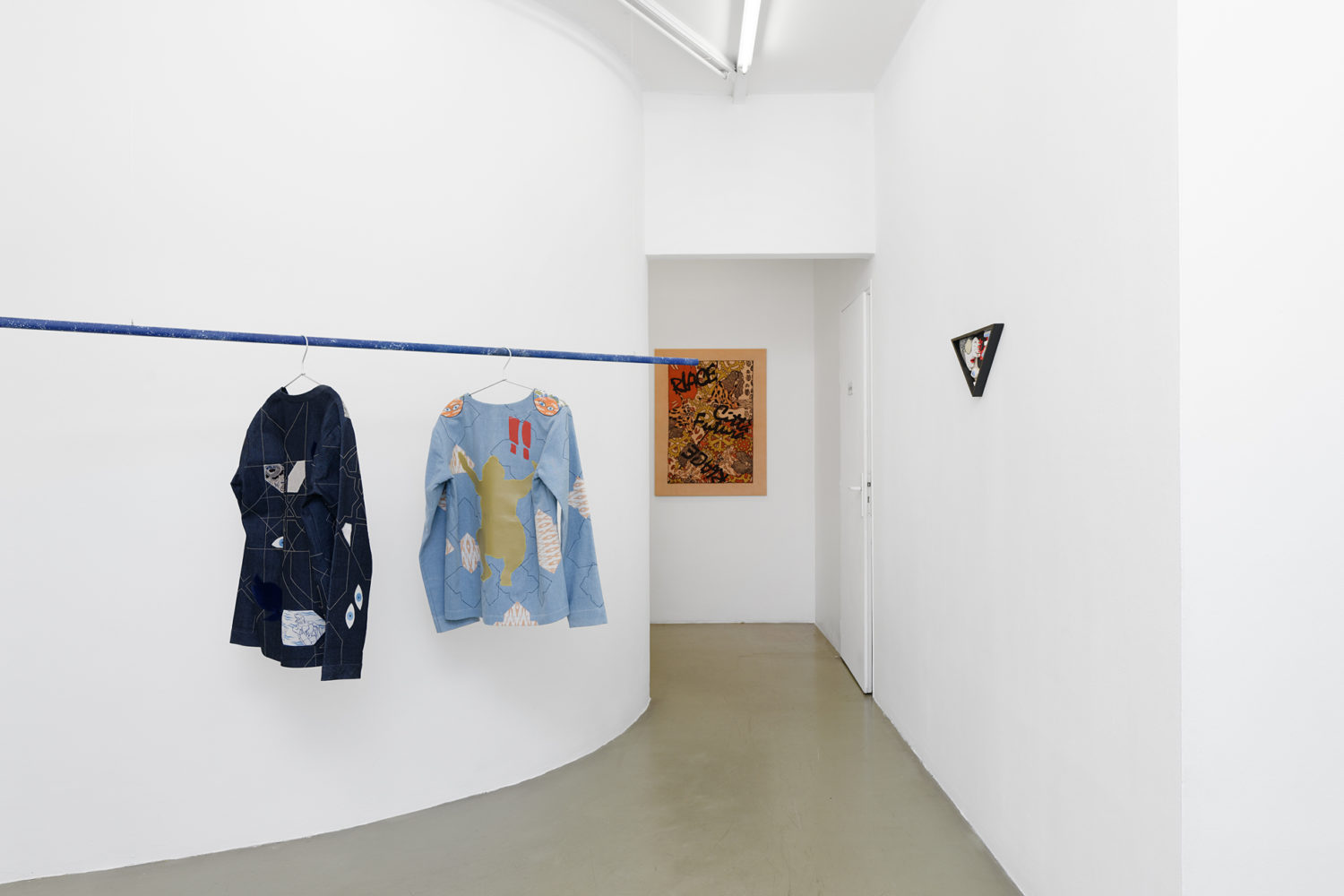 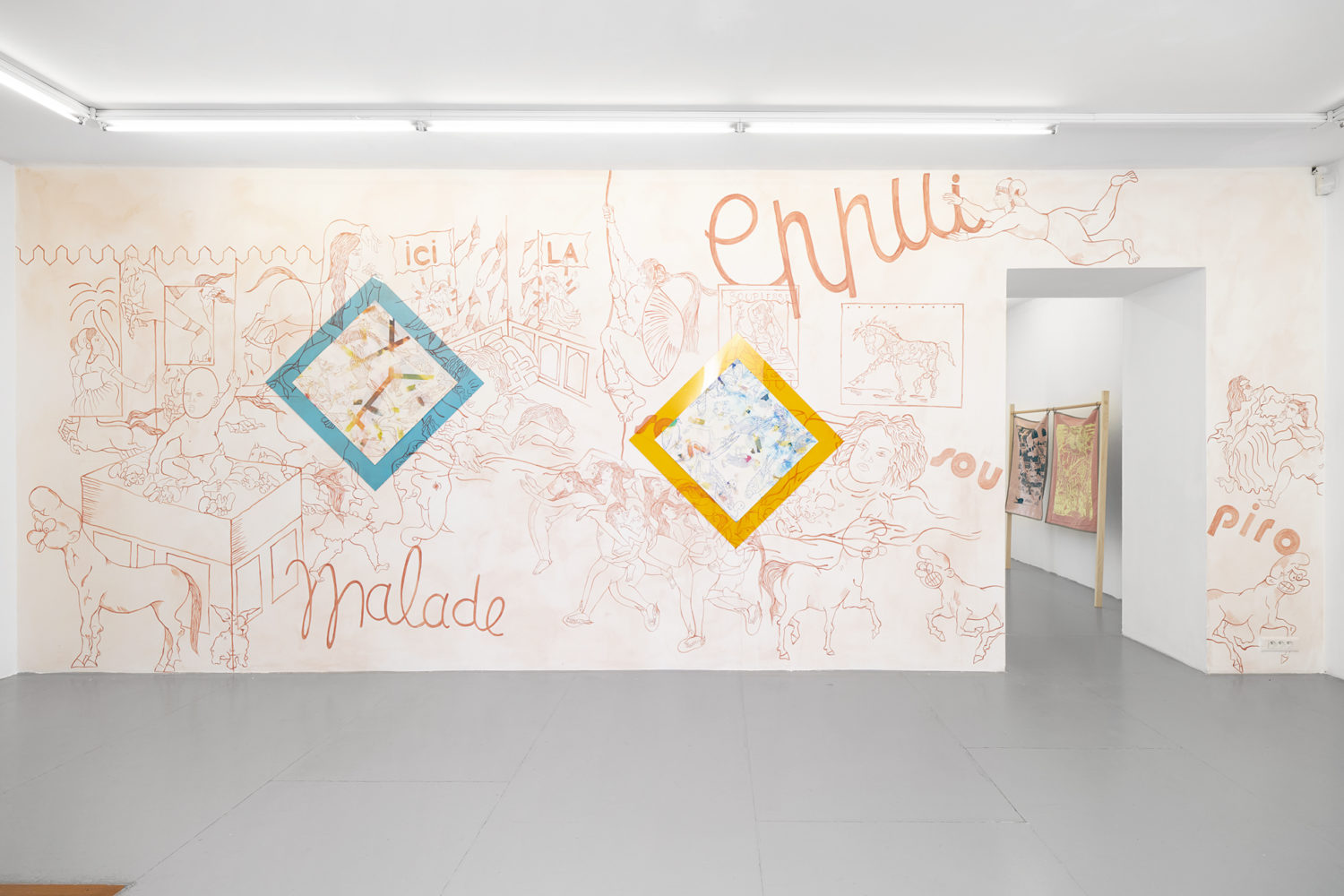 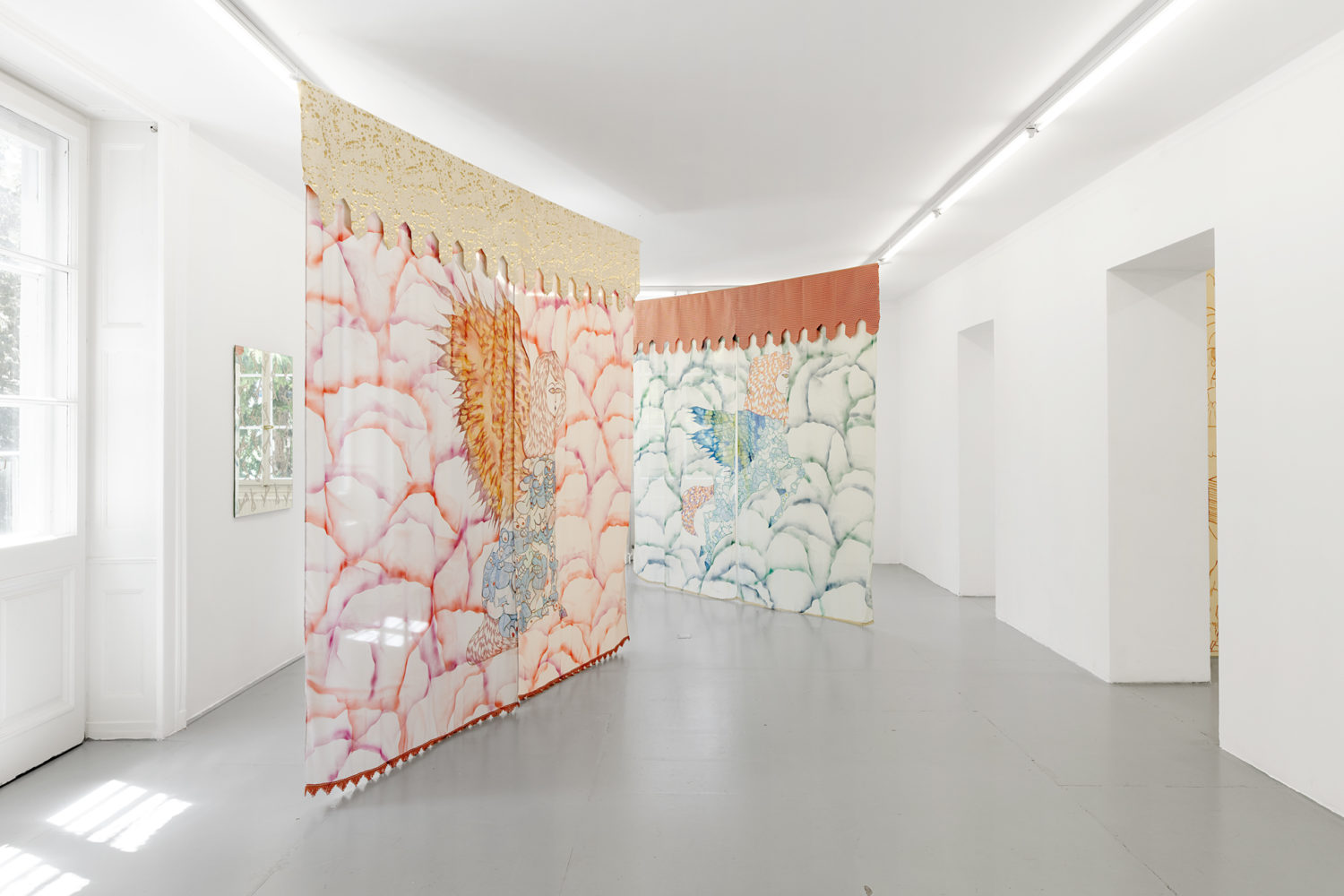 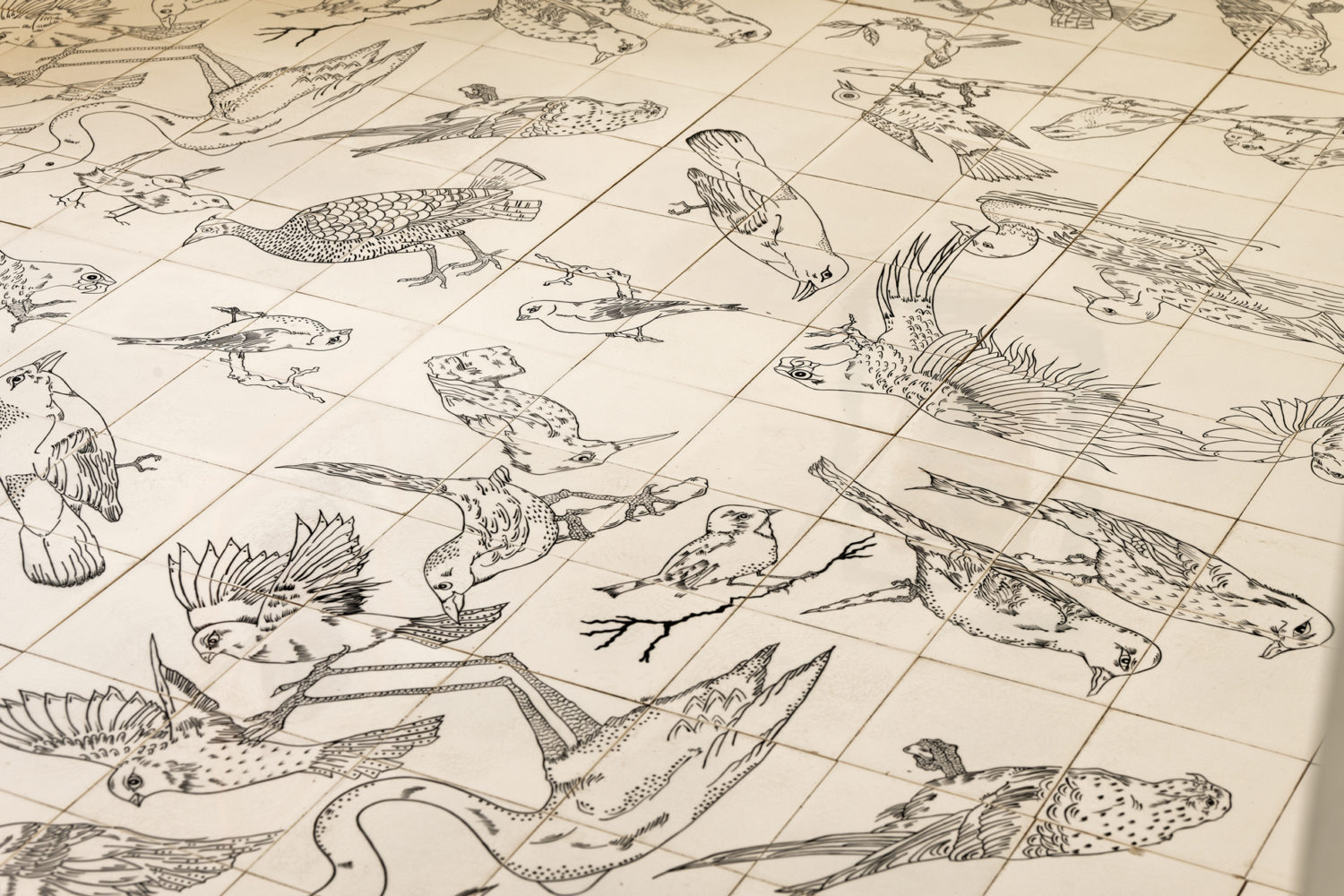 Why I am all blue

For the summer, la Villa du Parc is featuring the first solo show on French soil of Nadira Husain (1980), a French artist of Indian descent who lives and works in Berlin. Inspired by the unexpected floating associations that are the stuff of childhood and reverie, Husain mixes in her pictorial practice motifs and techniques that come from traditional Indian and popular Western cultures with which she grew up. She creates hybrid polyphonic paintings that express in tangles of lines a variety of references that are devoid of hierarchy or center. The domestic, ornamental and spatial dimensions are combined with a feminist approach to subjects and strategies of representation. She has taken over La Villa du Parc and made it into a distant echo of her family’s house in Hyderabad, imagining a teeming tipsy show in which paintings of powerful women and composite creatures joyously fill the space and sow their political potential for transformation.

“Why am I all blue,” the creatures populating the prolific pictorial world of Nadira Husain wonder, raising a question that is not lacking in a positive affirmation. Smurfs, Hindu deities, and furry avatars of cyberpunk culture share this skin color, chosen precisely because it is not seen in humans. Blue points to a community of beings who have a troubling and ambivalent identity. Feminist theories since the 1970s and ‘80s have posited that the best way to free oneself from the binarities that are specific to the oppressive patriarchal system is through the kind of creatures dreamed up by science fiction and underground cultures, i.e., cyborg, amazon, androgynous beings, etc. All figures interrogating difference whose ability to transform themselves, along with their physical and intellectual plasticity, reworks the limits of the community while calling into question the roles a complacently macho “nature” supposedly assigns them.

La Villa du Parc is thus playing host for the summer to the pantheon of a new type created by the artist Nadira Husain where visitors can get acquainted with speckled-skinned women-foundations who are solidly grounded and bearing a load, therianthropic creatures pregnant with comic book figures, and other supernumerary-limbed characters proliferating throughout the Villa’s rooms, sowing new avatars everywhere. Dense and fertile, the Husainian style goes all in for flooding the canvas and spinning out numerous lines, replicating motifs and superimposing figures upon figures in a decorative, ornamental approach to painting, which expands on the wall and floor, and in the surrounding space.

Pourquoi je suis tout bleu (Why I Am All Blue) combines recent works with a number of new pieces done specifically for the exhibition. Husain has devised a presentation that plays out on both floors, with the ground floor anchored in the ground, carnal obsessions and earthly difficulties, while the floor above, apparently freed of gravity, deploys winged creatures in an airy space that is ideal for dreaming and reverie.

Below, “Empowerment” figures take over and take command; they are self-generative, self-aware and in conflict. Like caryatids, they are holding up those who are kept beneath the yoke of power and inequality – women, minorities, immigrants – and who win their autonomy here. All of them commingle in works that are like kalamkaris, those lengths of cloth that are given vivid colors using a variety of vegetable dyes and produced in specific climate conditions, symbol of a local alternative micro-economy. Bearing titles that take the names of places where asylum seekers have been brought together (Lampedusa, Lewinski Park, Riace), the kalamkaris in the show were made with the help of an Indian artisan, and the pieces of cloth, which mix denim from jeans and Islamic motifs, were designed and cosigned by Mohebulla Nouri, an Afghan tailor in Berlin who has been living in the city for the past two years. Dehierarchization of styles and uses, the opening up to the knowhow of the other, and the syncretism of the borrowings are brought together in pieces that are rooted in the refugee situation in Europe, a question that is especially fraught in Germany, where the artist lives and works.

Upstairs, a movement between the inside and the garden around La Villa is introduced, sparked by use of fine hanging netting that moves with the breeze, and mirrors, adorned with various motifs, that reflect the trees in the surrounding park. The drawings on the walls, done on cloth and ceramic tiles, depict flocks of birds inspired by Persian Sufi poetry and mythological characters that are the result of a metamorphosis, borrowing from the Muslim tradition and the history of comic books. They prolong one another in a joyous and indiscrete jumble. The graphic approach adopted in the drawing, using simple lines and rejecting any modeling of the shapes, along with the rejection of perspectival composition, is very heavily worked here, confusing fore-, middle-, and background while often preventing the eye from focusing on any one figure in particular.

The work as a whole shows the extent to which Nadira Husain is fascinated by the pictorial tradition of India, notably the Mughal Period (16th-17th centuries), renowned for its dynamic artistic life and the openness of sovereigns like Akbar to foreign influences. In a small room on the upper floor Husain has set up a sofa, a takht (seat of power, throne), from which visitors can look at several of her influences drawn from Indian miniatures, source images in the form of photomontages, and works on pieces of cloth, etc. Propelled by the effervescence of all these influences, anyone can dream of their own positions and rethink the near world of domestic space that is nevertheless in touch with far-off fantasy, and in proximity to those who are depicted with such ease and exhilaration at La Villa du Parc. 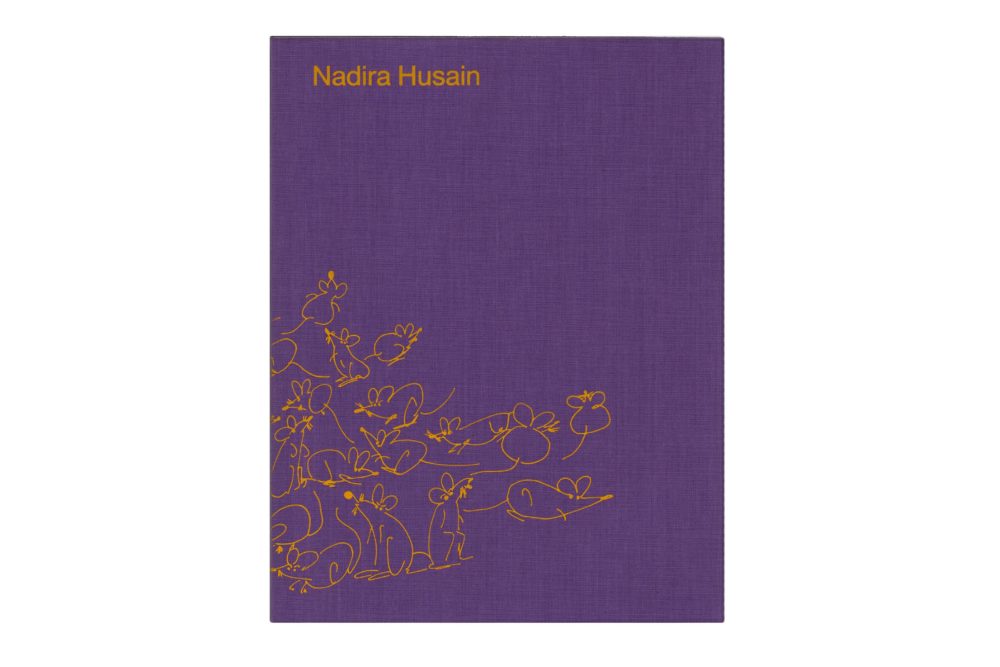