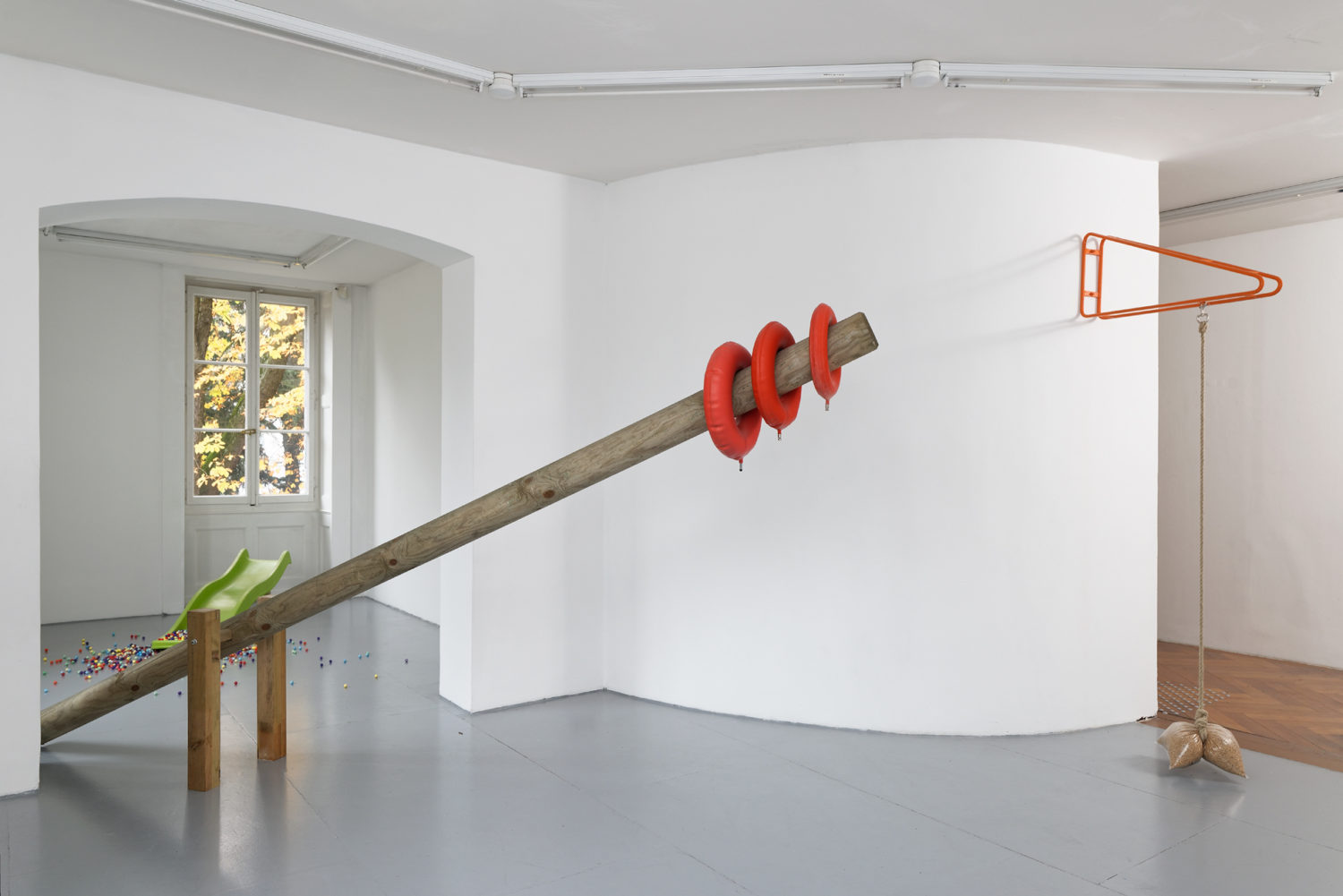 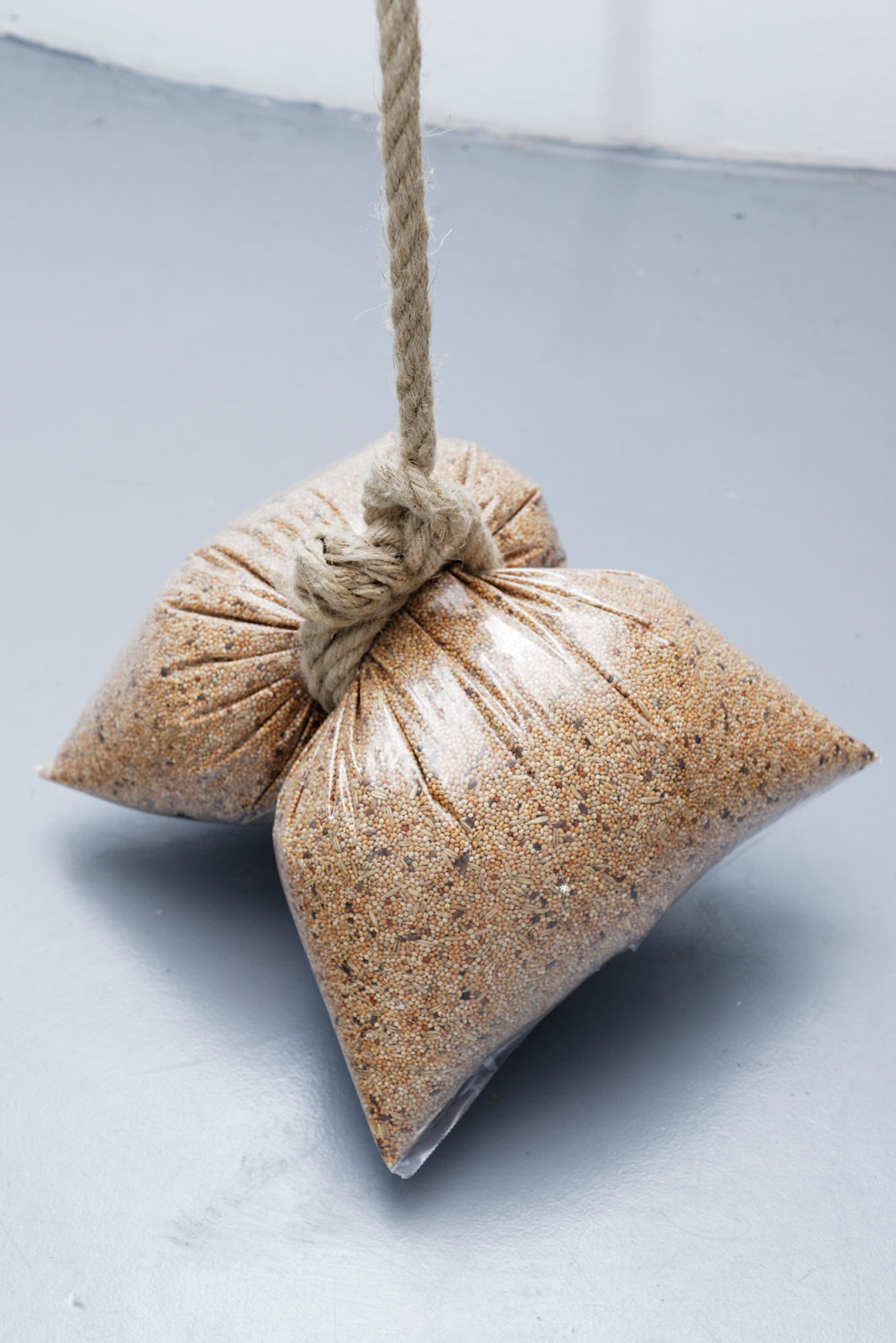 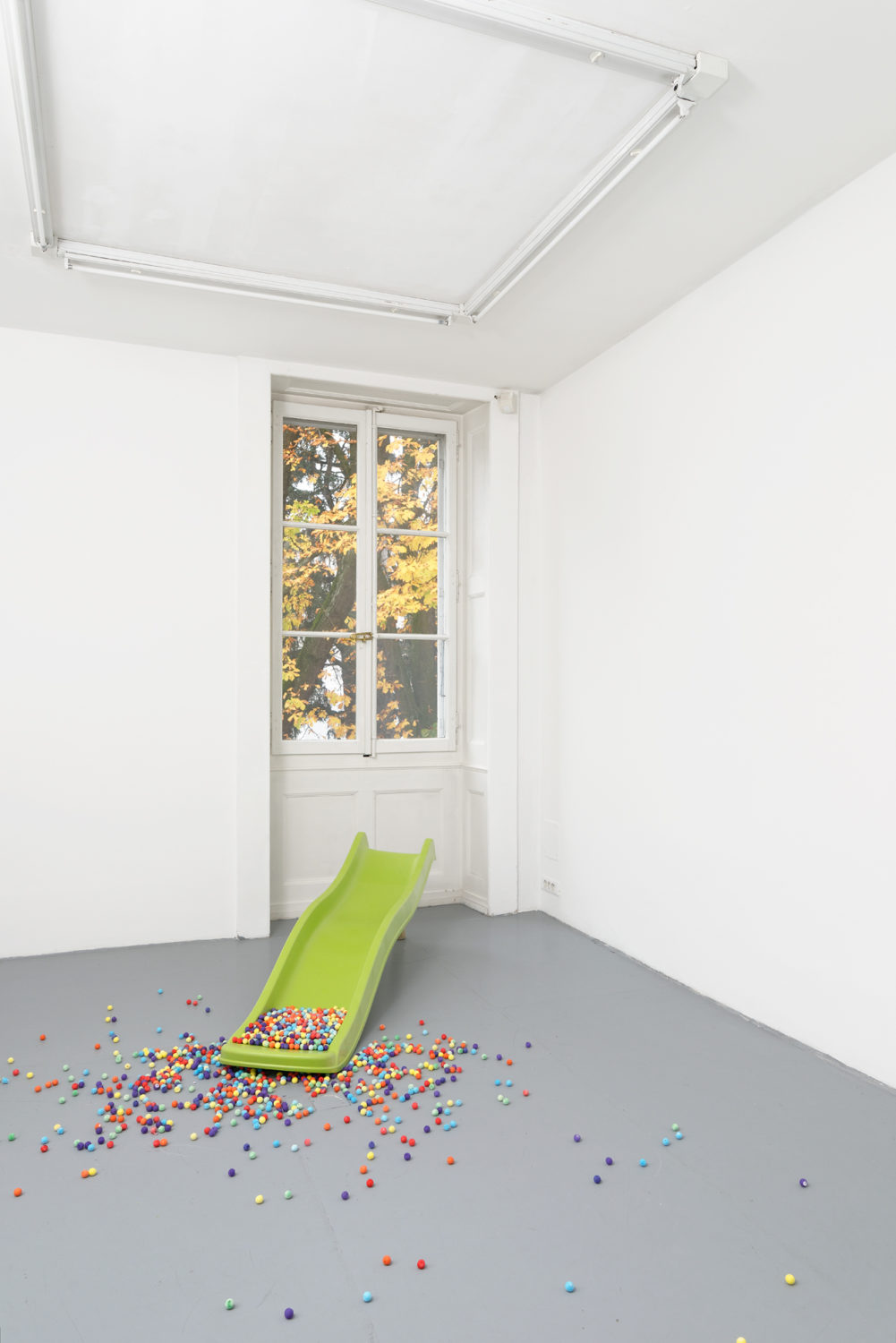 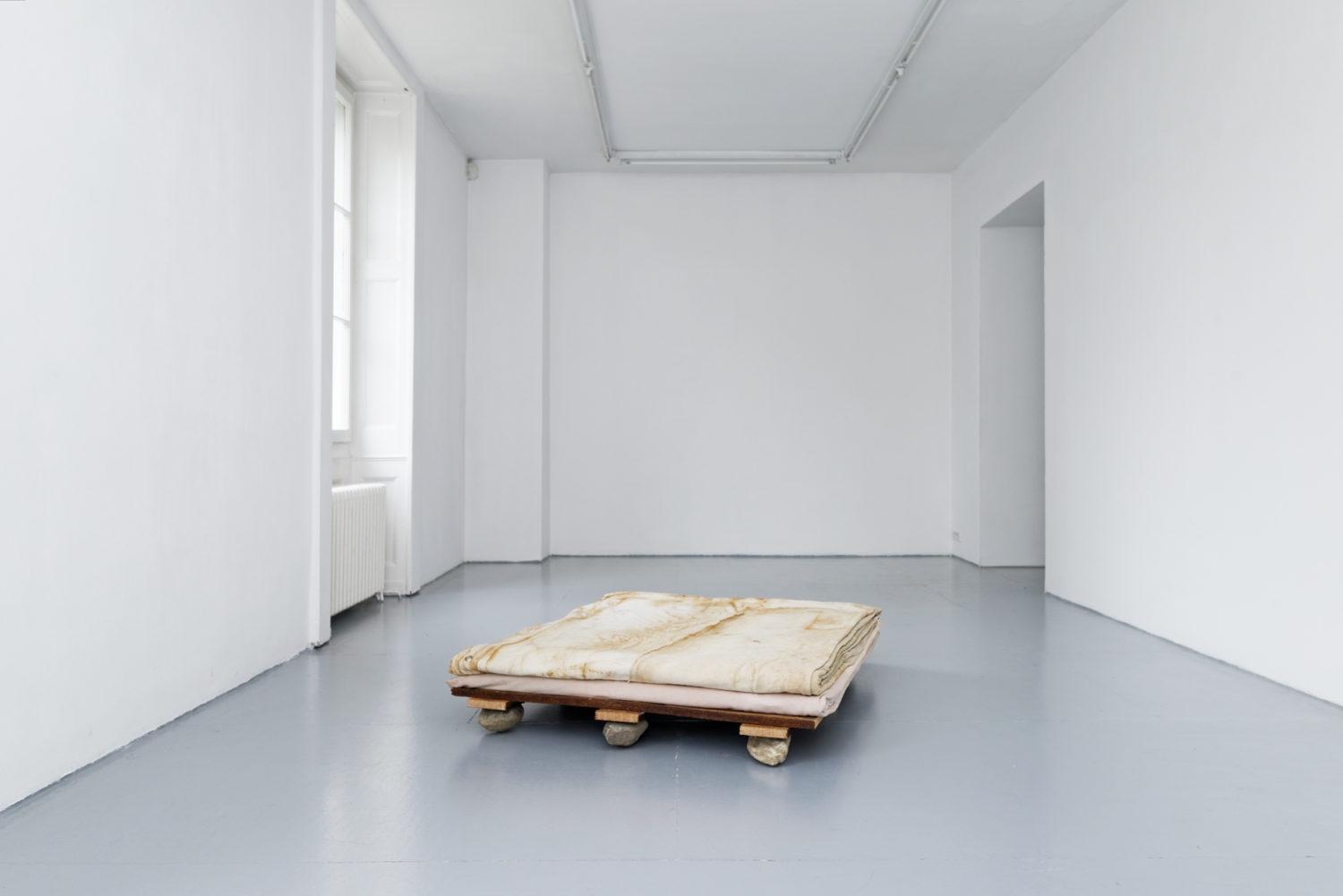 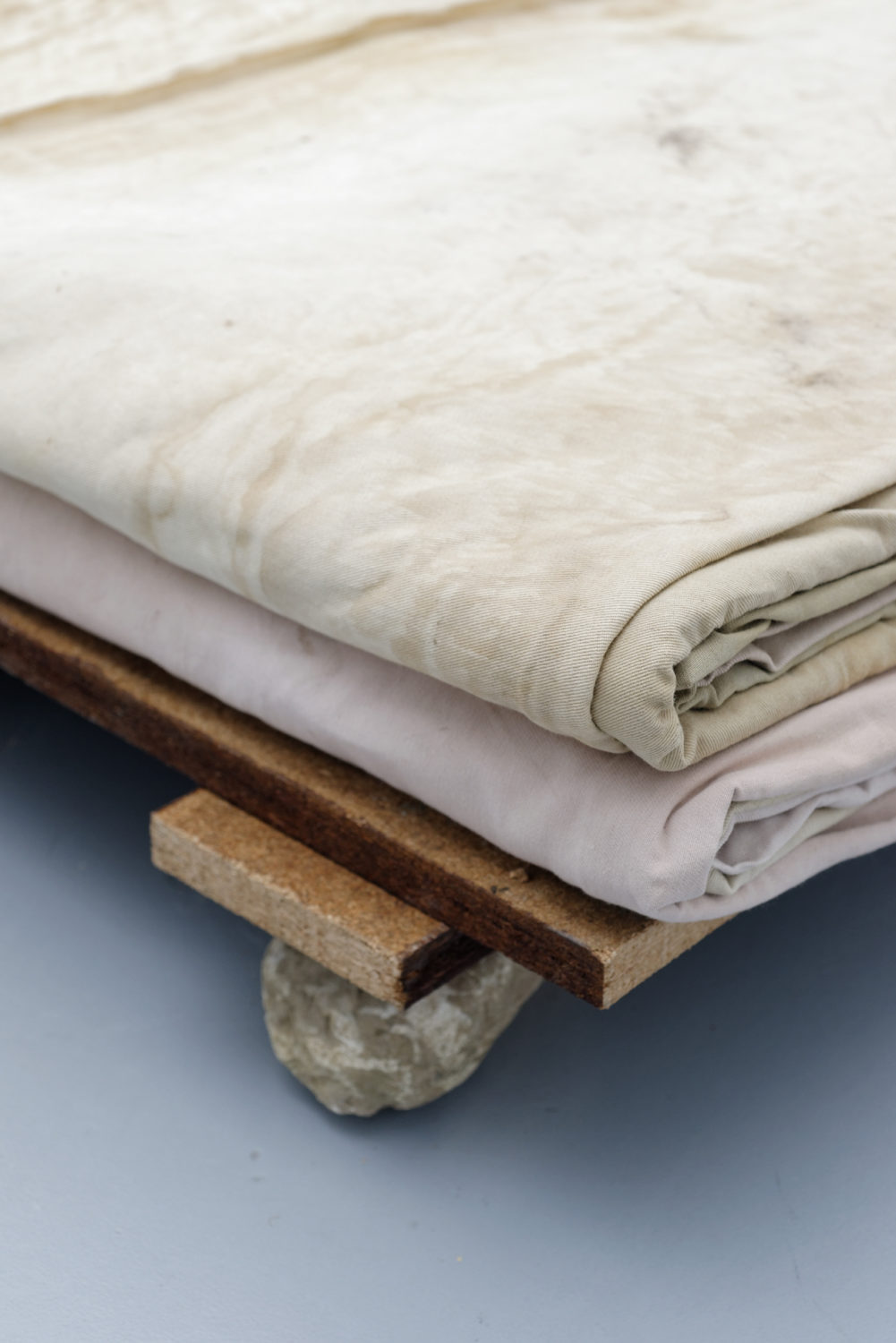 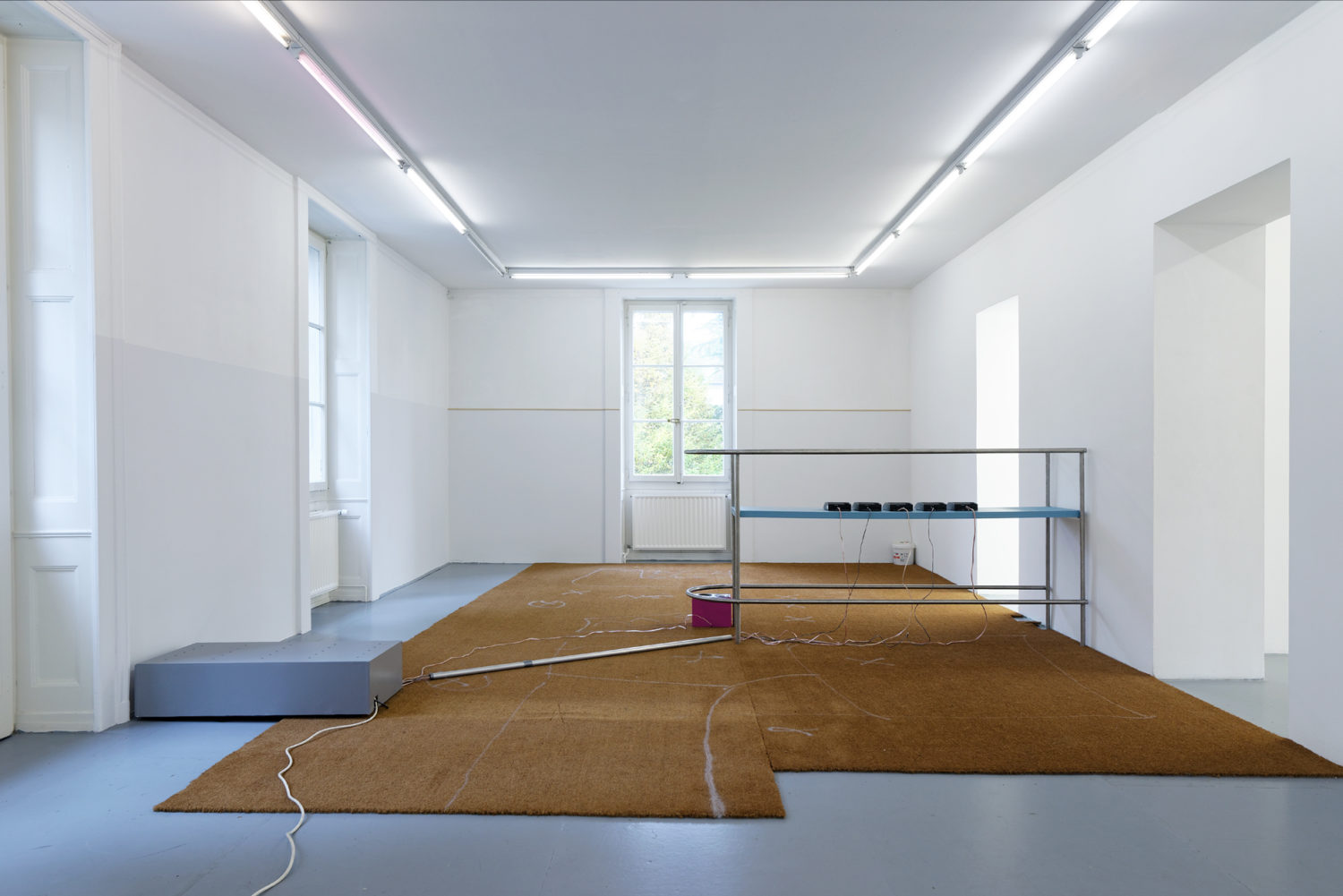 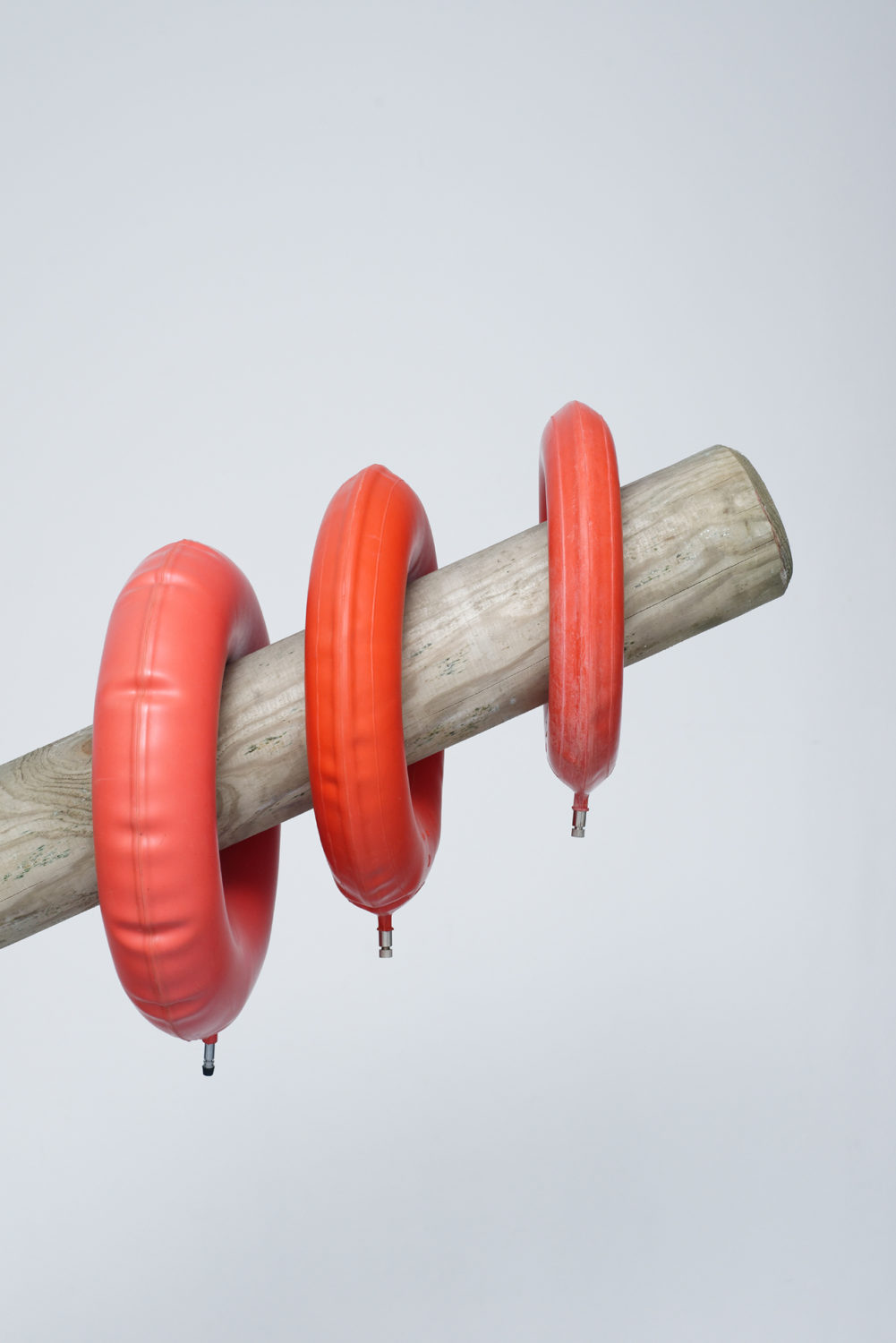 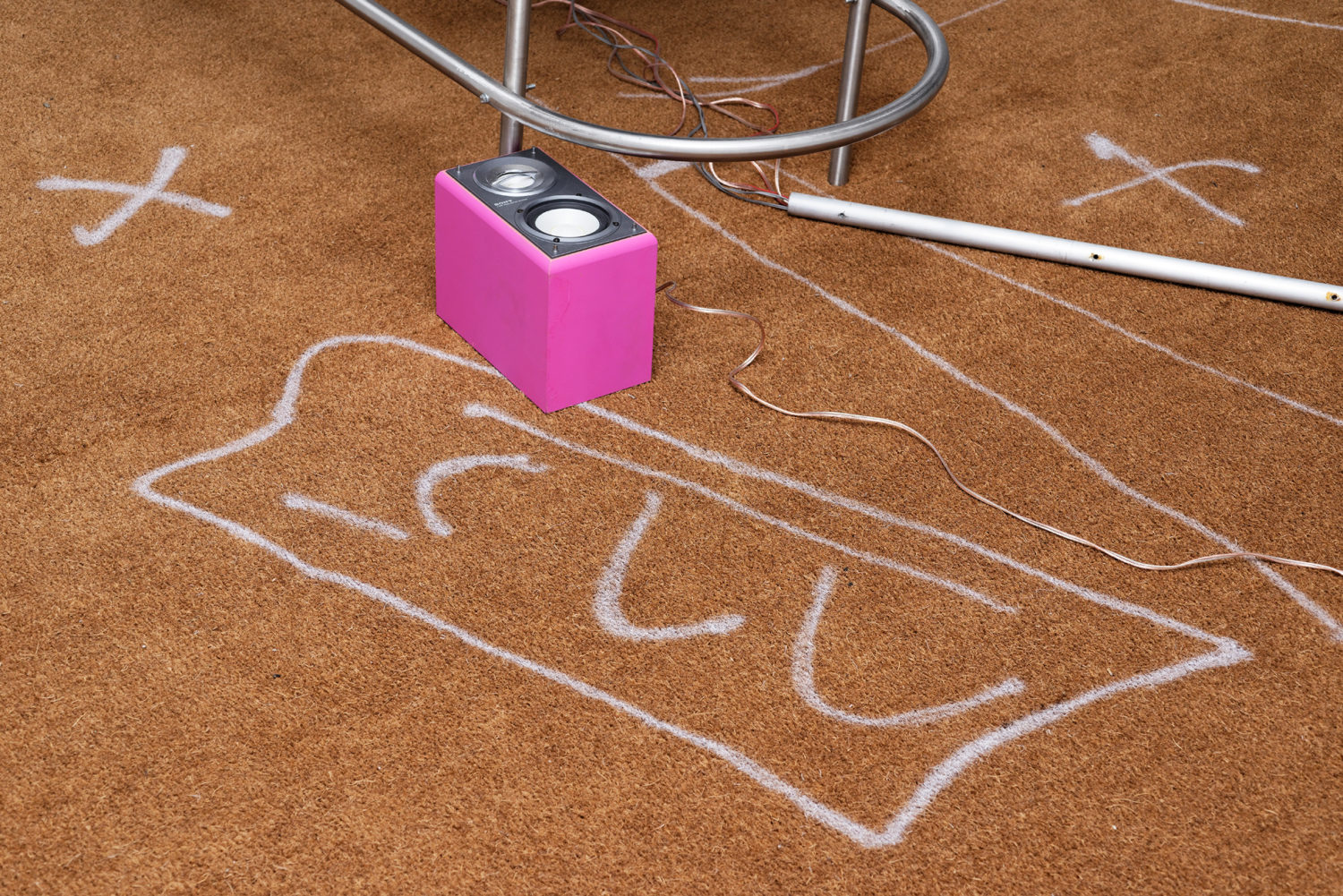 To celebrate its thirty years of activity, Villa du Parc wanted to highlight and bring into sharper focus its connections with young artists who are local or have ties to the region by giving them greater visibility both outside and inside the Villa. Three works have been created by the artists Anne Le Troter, Aurélie Menaldo, and Adrien Vescovi, and will be on show during two separate phases. From 17 September to 25 October, the works can be seen outside the Villa by anyone using Parc Montessuit, the public park surrounding the Villa. Then from 4 November to 23 December, a new, updated version of each piece will be installed inside.

Creator of a growing body of poetry, both sound and as plastic art. Collecting words from different spheres or writing texts herself, the artist then treats them as a malleable material, transforming their reading and our hearing of them through a range of operations, accelerating, cutting, and mixing them. The Out version, Riri Fifi Loulou is a piece written by Anne in 2011 that starts with a remark by the artist Robert Filliou, “Whatever you are thinking, think something else.” For the In version, an audio installation will broadcast medical reports from a radiology center.

Aurélie Menaldo seeks to generate ties and tensions between reality and the imaginary through the poetic appropriation of banal day-to-day objects. For her outdoor piece, the artist has come up with a banner featuring Lewis Carroll’s poem “Jabberwocky” from his second Alice book, Through the Looking Glass. In Carroll’s tale, Alice finds a poem that is printed in reverse and must be read in a mirror to decipher it. The poem tells the story of a terrifying, mysterious monster, the Jabberwock. The poem is filled with portmanteau words, which are formed by the fusion of two other terms so that many of the words are of Carroll’s own invention, although they have oddly familiar sounds. Inside Aurélie will appropriate children’s outdoor games.

Adrien Vescovi has been creating art for several years now with a single material, cloth, which he envisions in all its uses and plastic components. Canvas is subjected to a slow process, boiled in decoctions of the surrounding plants and woods, and bleached of its color over several weeks in the open air, thus recording on its surface the passing time and the changing weather. At Villa du Parc, Adrien has covered the veranda outside with an immense draped piece of canvas that he exposed all summer long in Les Gets. Reworked by nature, it takes on and reflects the colors of the trees and surrounding park, and serves as both camouflage and stage curtain. Once taken down, these canvases will be folded and shown tidied.