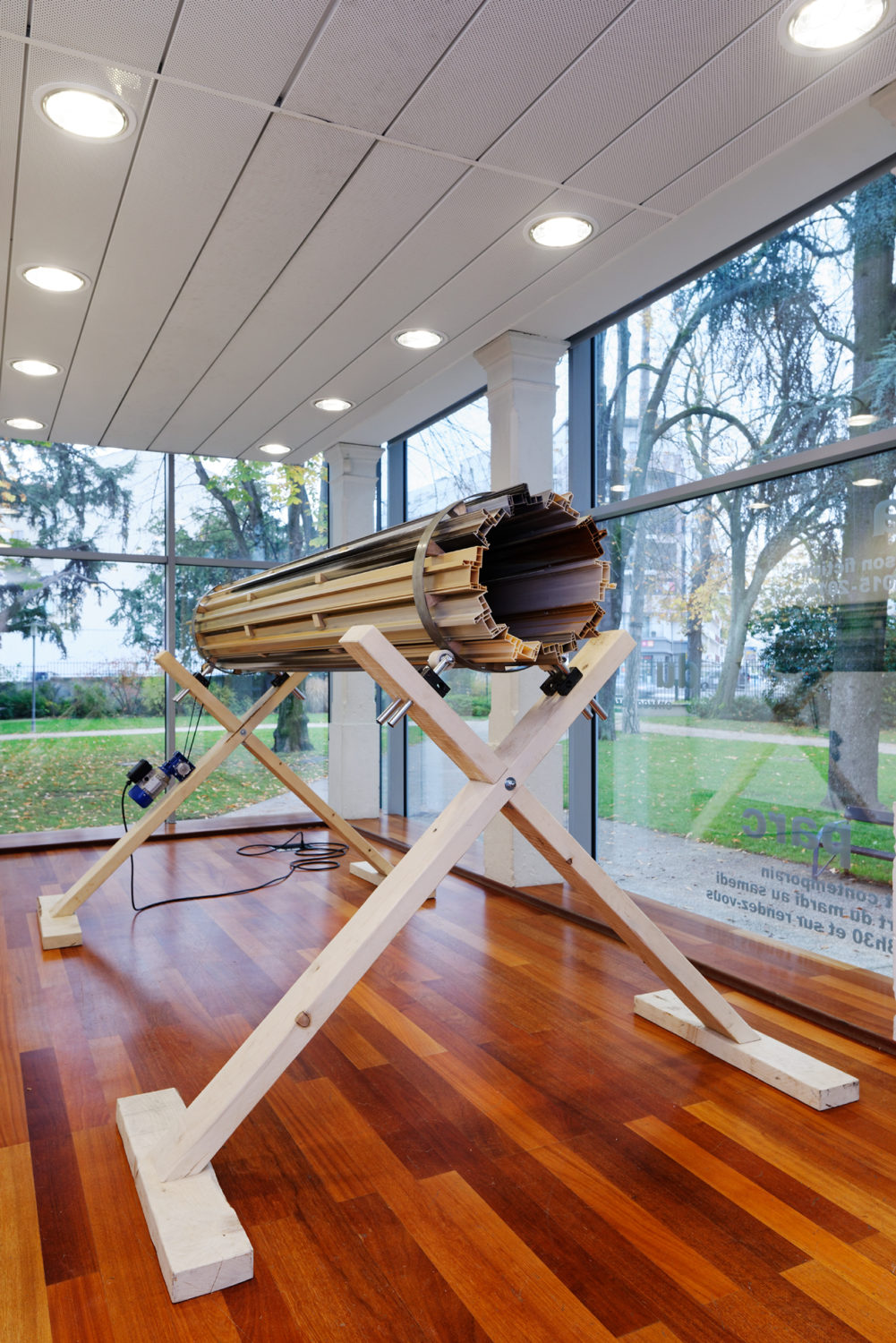 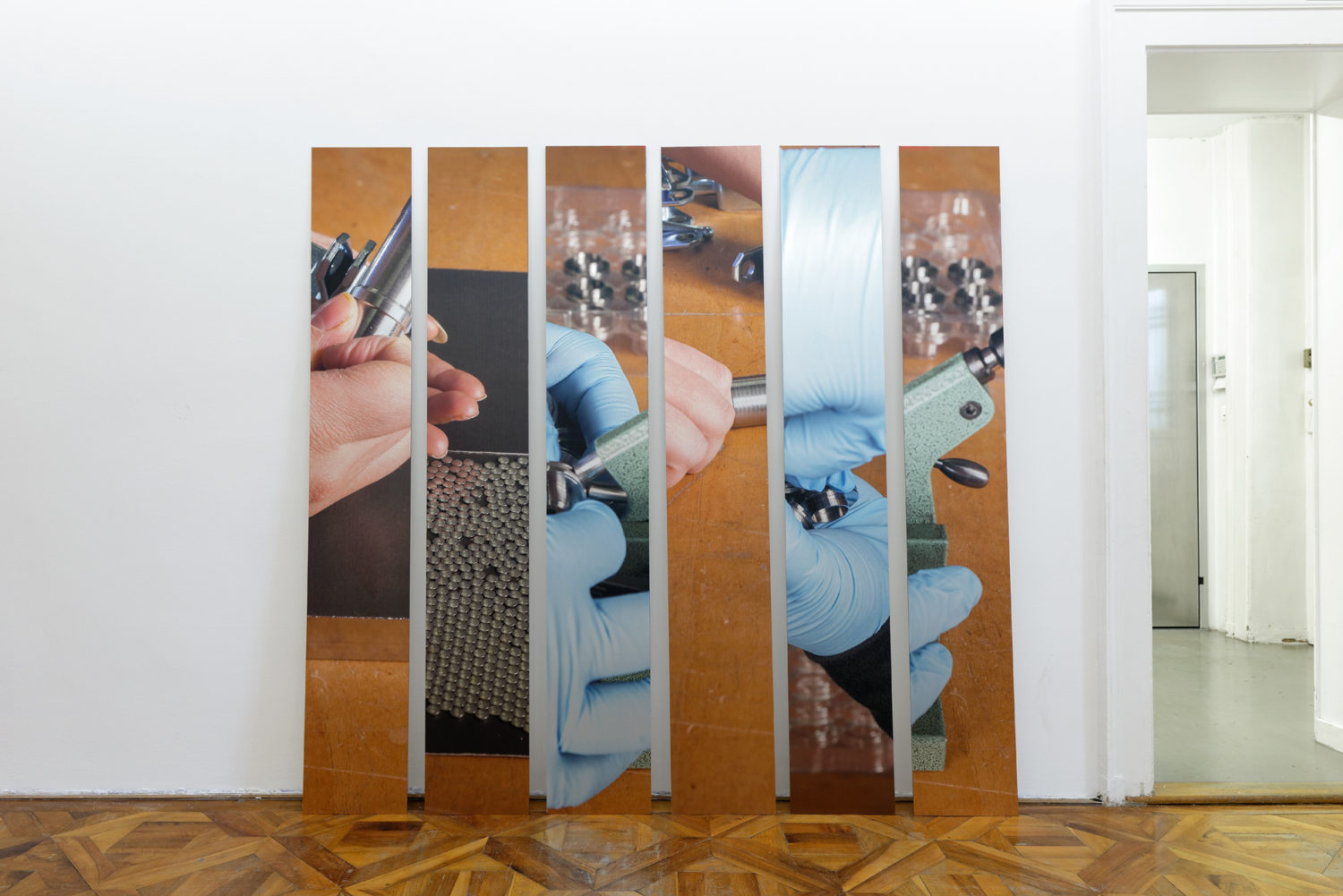 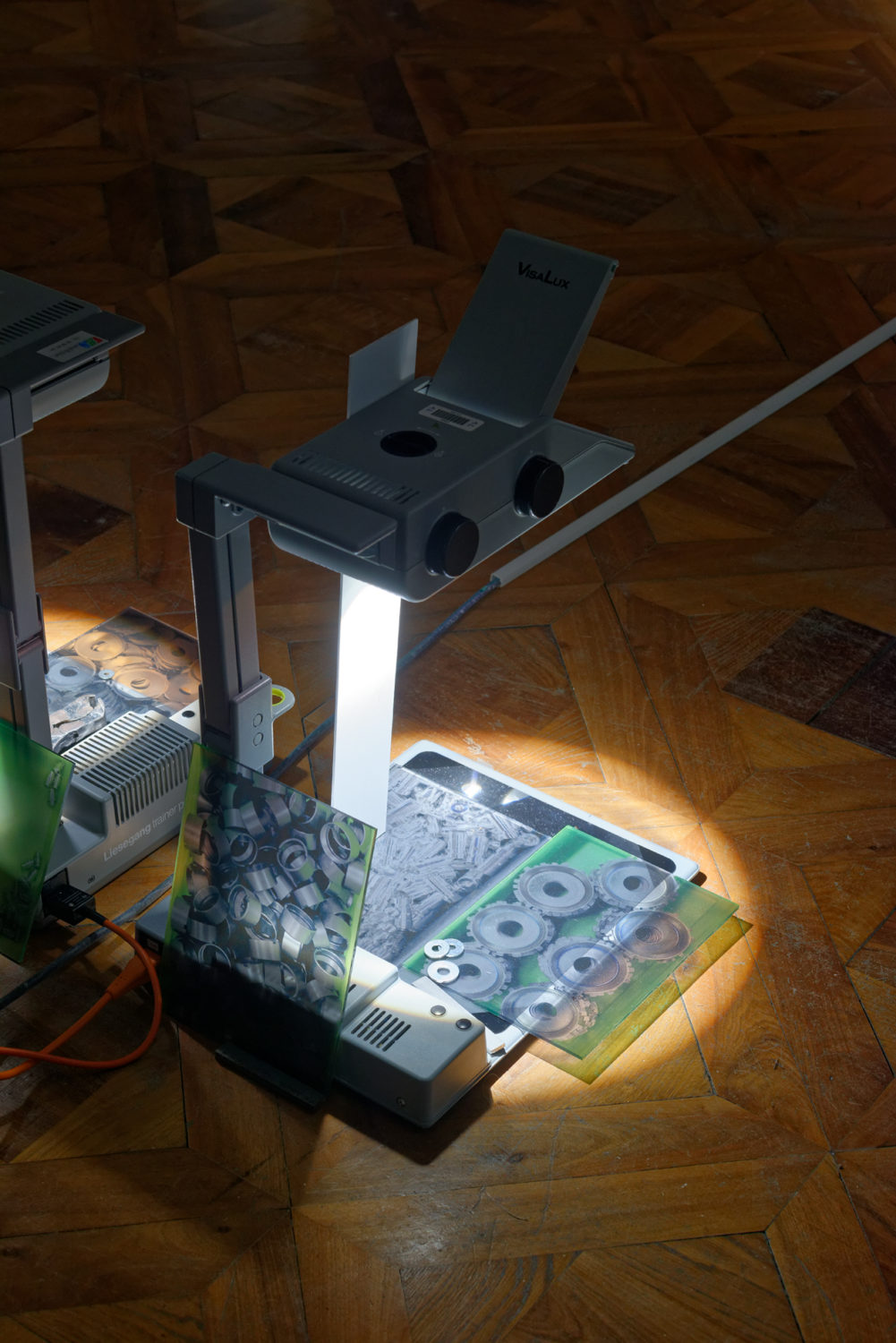 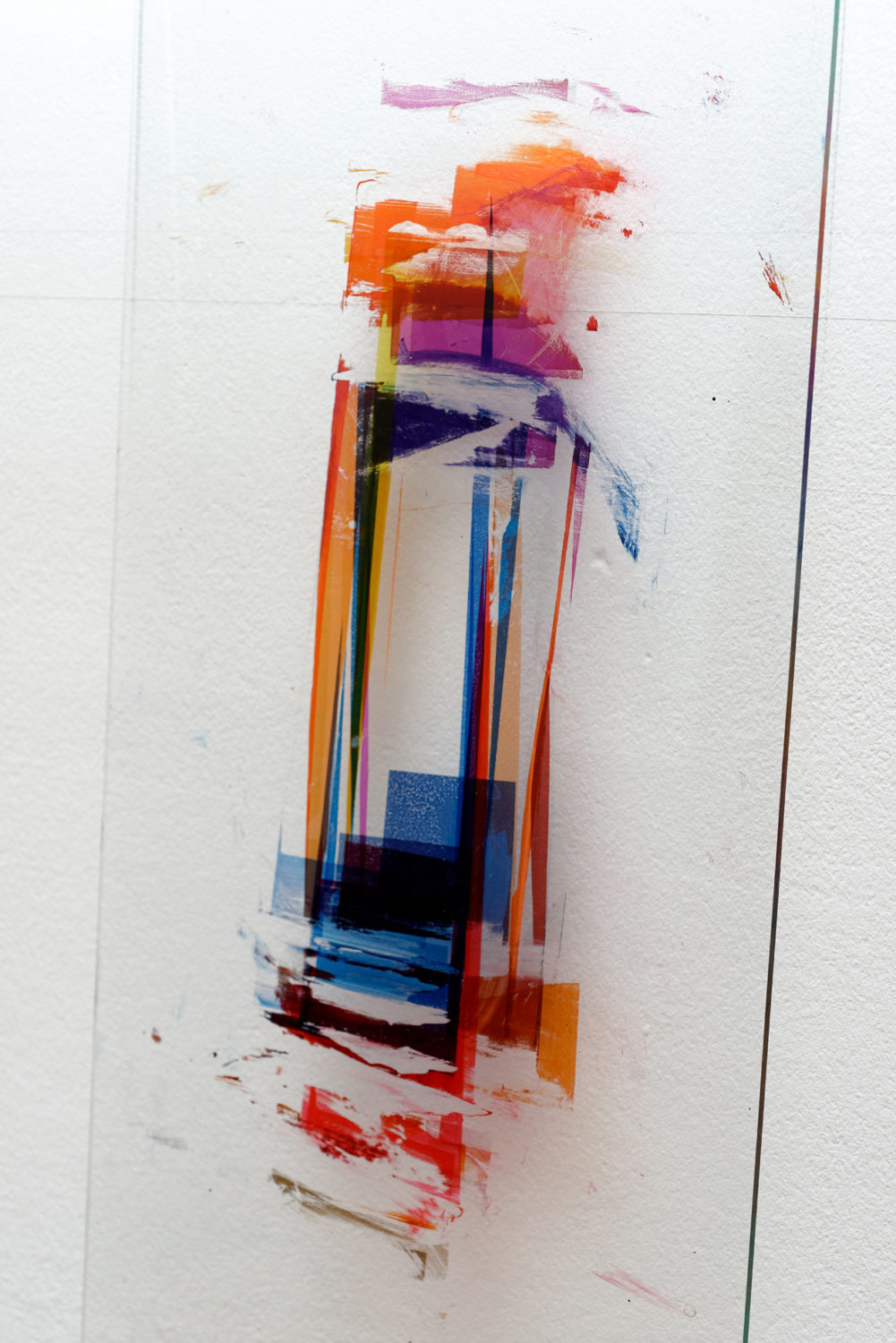 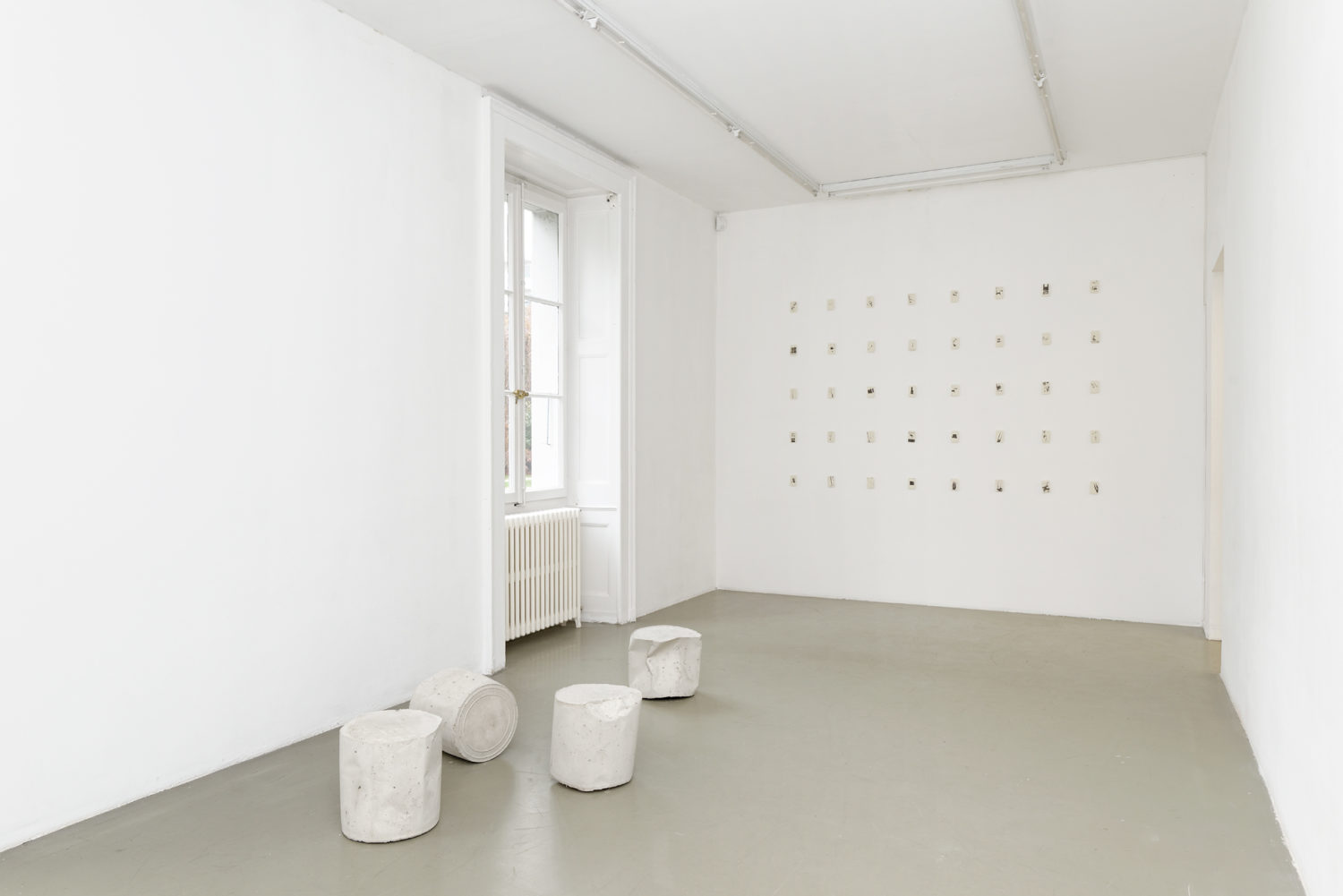 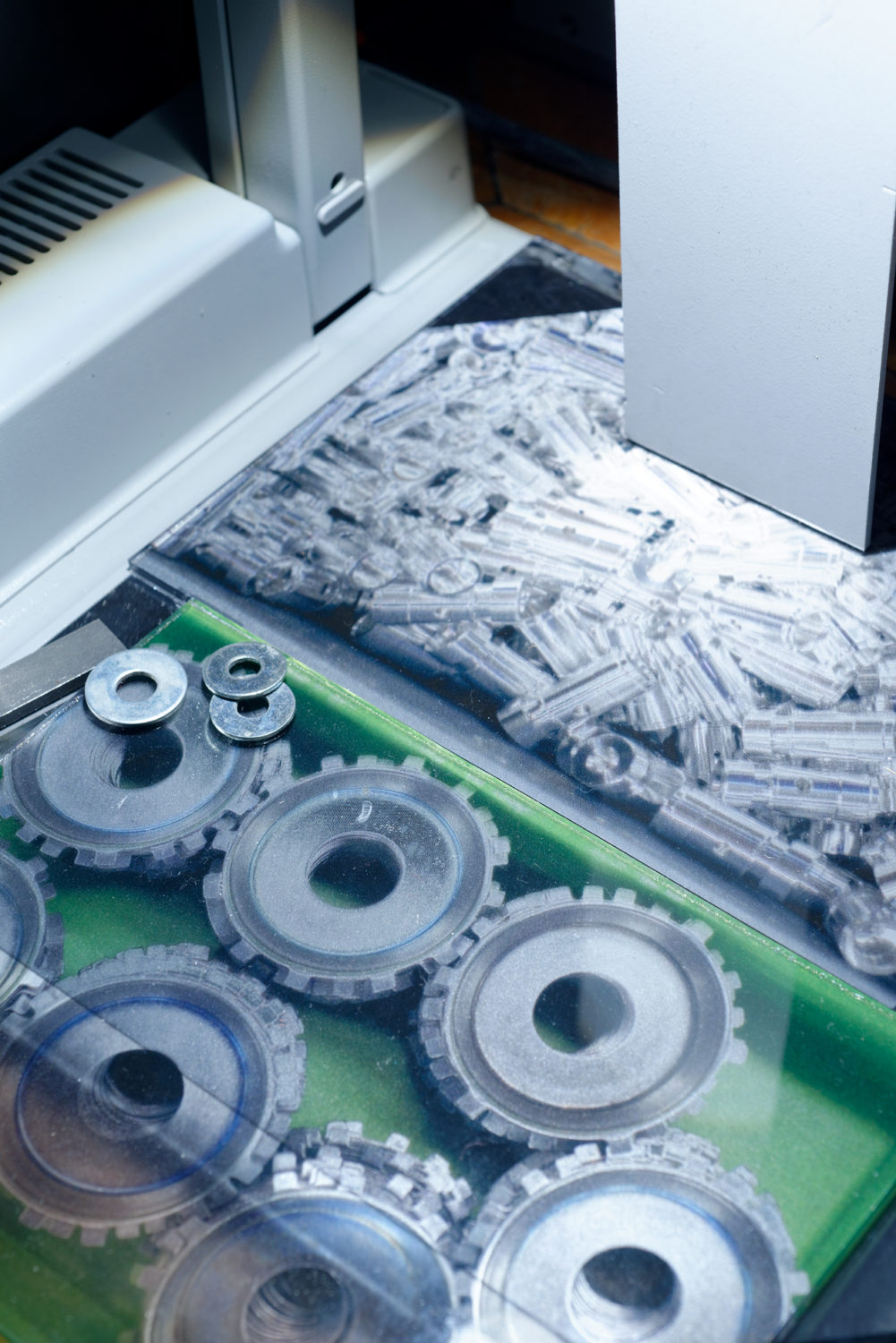 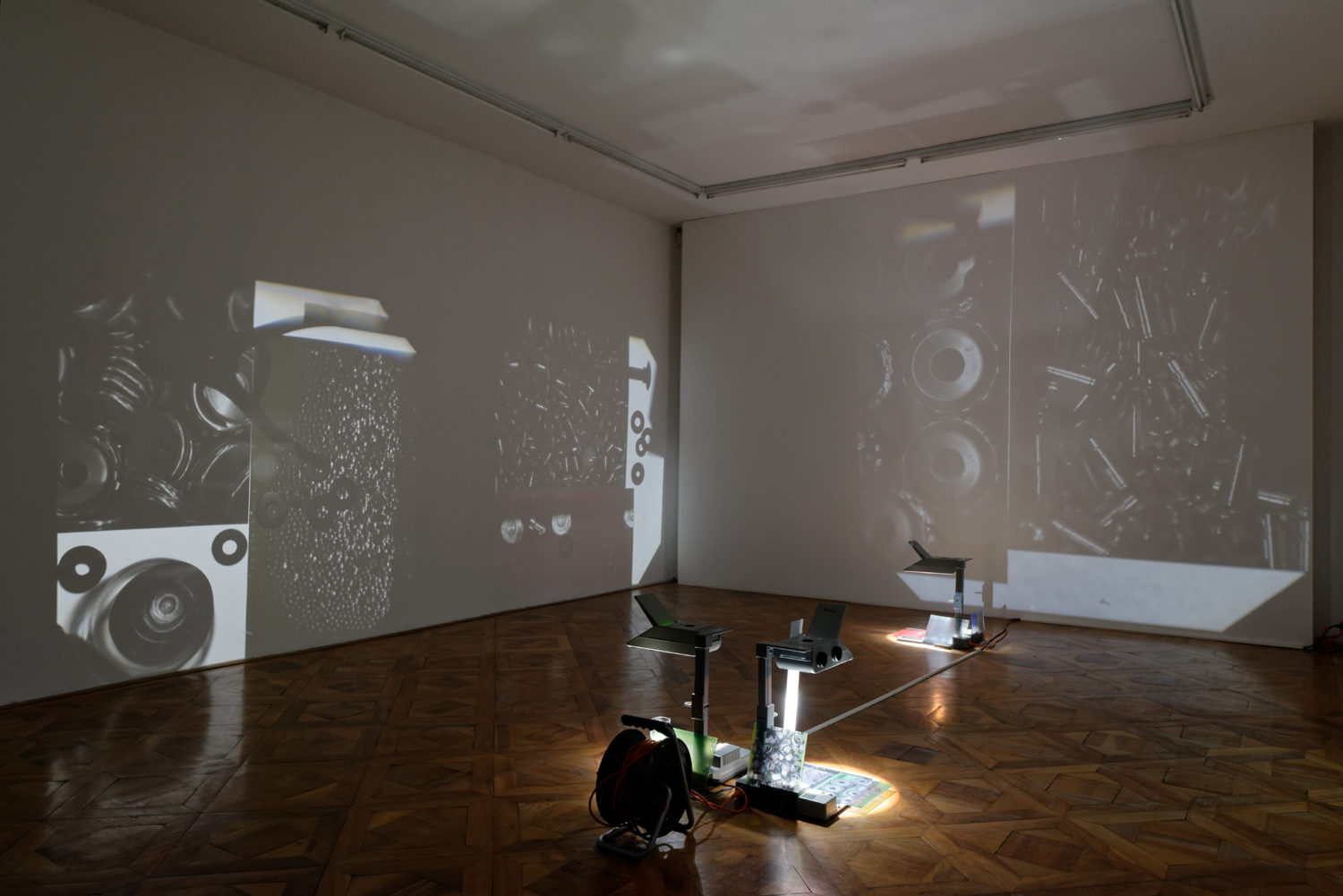 Since 2015 Villa du Parc has arranged artist residencies in flagship industries in the French areas of the Genevan basin, from Chablais to Faucigny.

Unique in the département, the Art & Industry initiative looks to show the synergy between two domains that are far from being entirely cut off from one another, thanks to a collaboration that mixes innovation and artmaking. Contemporary artists very often turn to industrial techniques and capabilities to realize specific works of art while numerous industrialists have been pioneers in bringing together their business and art.

Thanks to the commitment of several companies, three artists have already done residencies that eventually yielded works of art that will be exhibited at Villa du Parc from 4 November to 23 December.

Nicolas Muller spent several months at Siegwerk, a maker of industrial inks located in Vétraz-Monthoux in the urban area of greater Annemasse. The artist, who enjoyed the use of a studio inside the factory, followed the process of launching a new ecological ink and observed the colorists doing their jobs while focusing special attention on their gestures and how they organized their work. The pictures Nicolas created in the course or this experience were shown during the inauguration of the refurbished Siegwerk France plant in June of 2016. New works completing this initial series will be exhibited for the first time at Villa du Parc.
More infos about the artist : http://www.nicolasmuller.com/

Rémi Dal Negro did two intensive immersion sessions of several weeks each at the VEKA plant in Thonon-les-Bains, a leading specialist in PVC window profiles. Provided a workspace between the design department and the workshop, Rémi enjoyed numerous interactions with the employees and produced an imposing rotary sculpture with the commitment and assistance of several of them. Working with materials issuing directly from various production lines, Rémi redirected their usual function to create this gleaming kaleidoscopic column displaying the colors of the VEKA Le Corbusier range of products.
More infos about the artist : http://www.ericmouchet.com/gem/soma/

Aurélie Pétrel set up her camera at Apimontage in Cluses, an industrial subcontracting company that is heavily involved in the solidarity economy, notably employing persons in employment reintegration programs. She has regularly photographed the work-related gestures of the employees who do quality control of the manufactured pieces. Taking off from her images, which she calls latent, Aurélie imagined photographic scenarios and “scores” for the exhibition space of Villa du Parc. The same series will be exhibited next winter in Cluses.
More infos about the artist : http://www.aureliepetrel.eu/4400409/works-selection

The Art & Industry show enjoyed the generous support of the Siegwerk, VEKA and Apimontage art patronage programs, as well as the support of the Auvergne Rhône-Alpes region, the City of Annemasse, and the Town of Cluses.

In the same time an another exhibition is shown at Villa du Parc : In & Out.