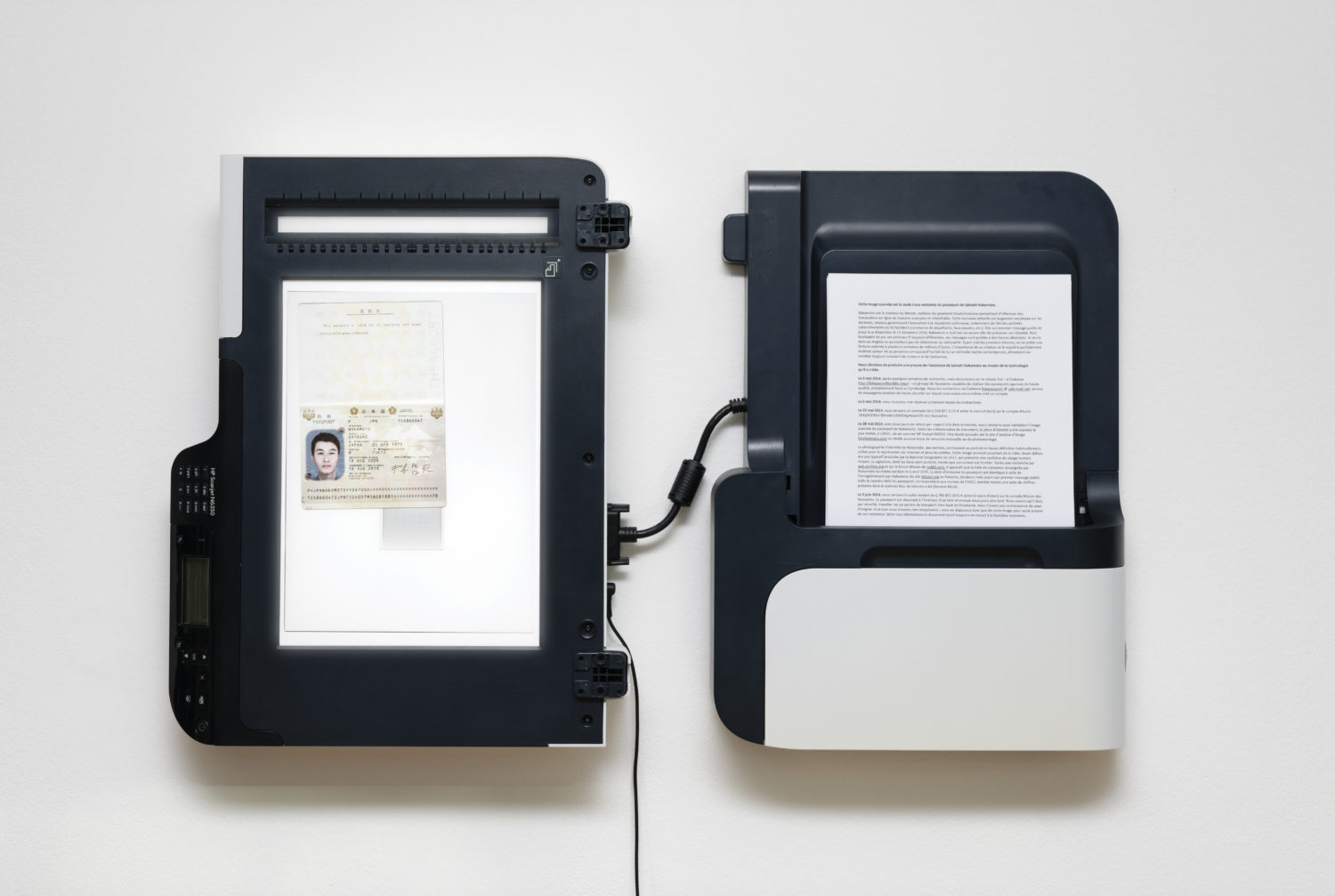 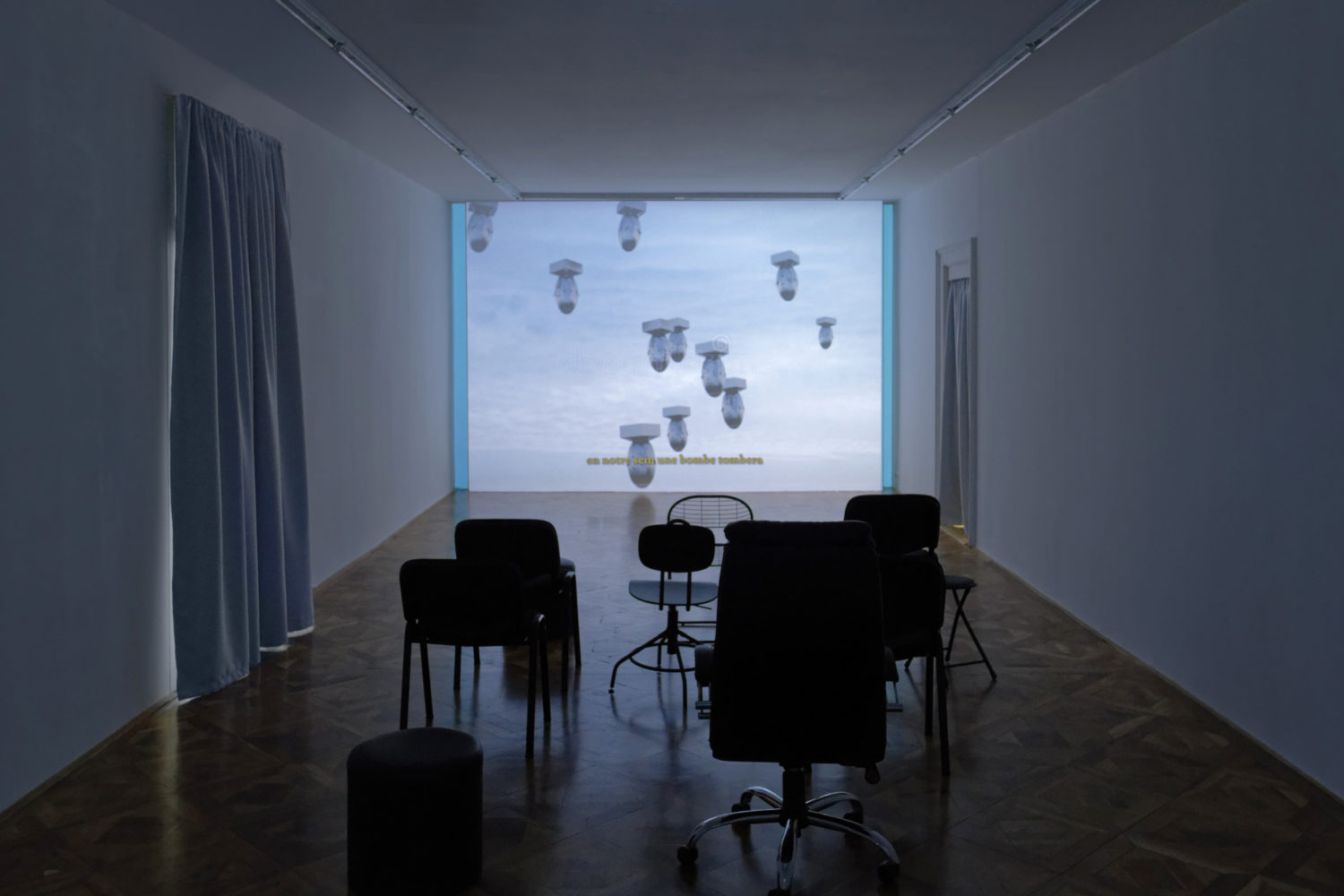 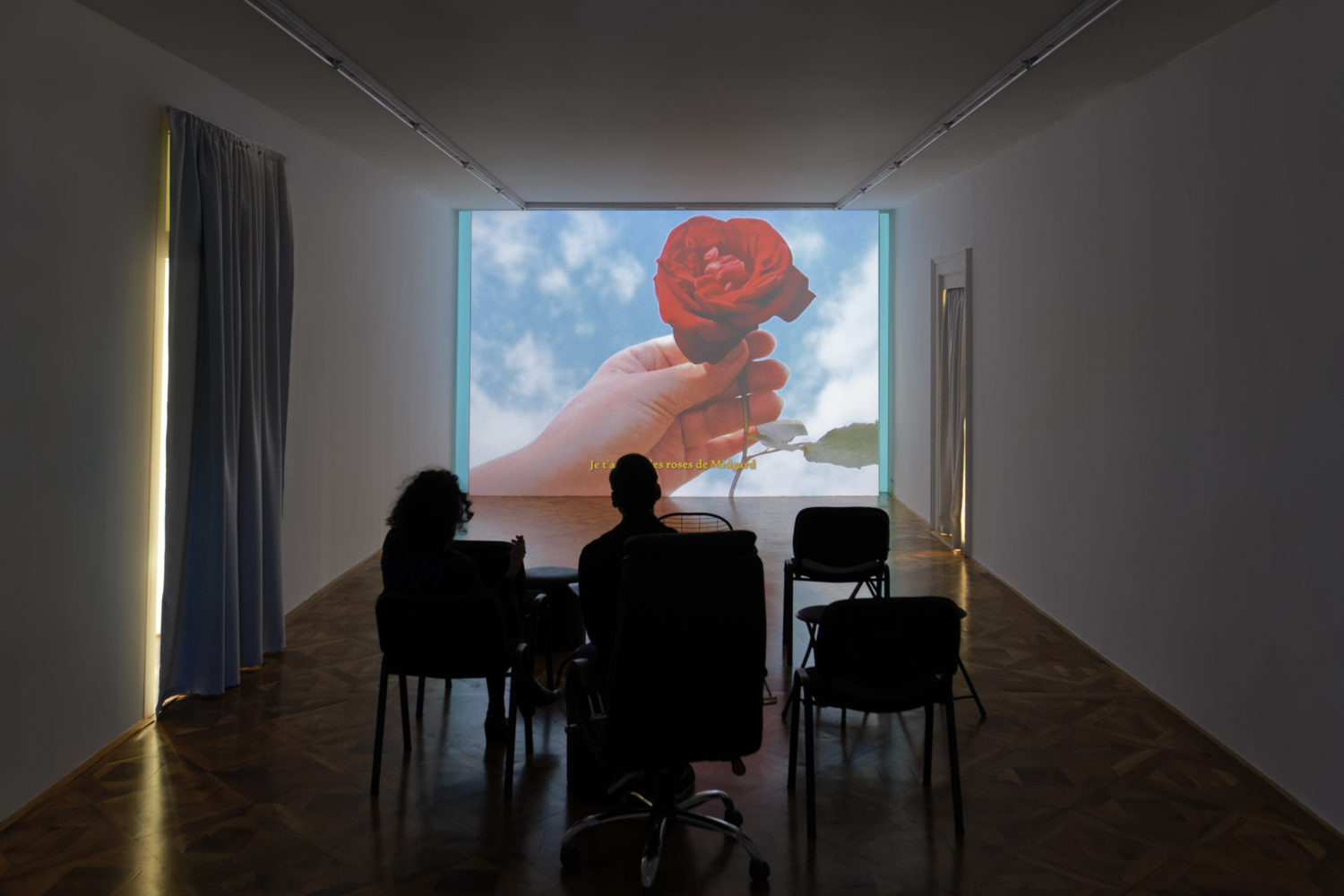 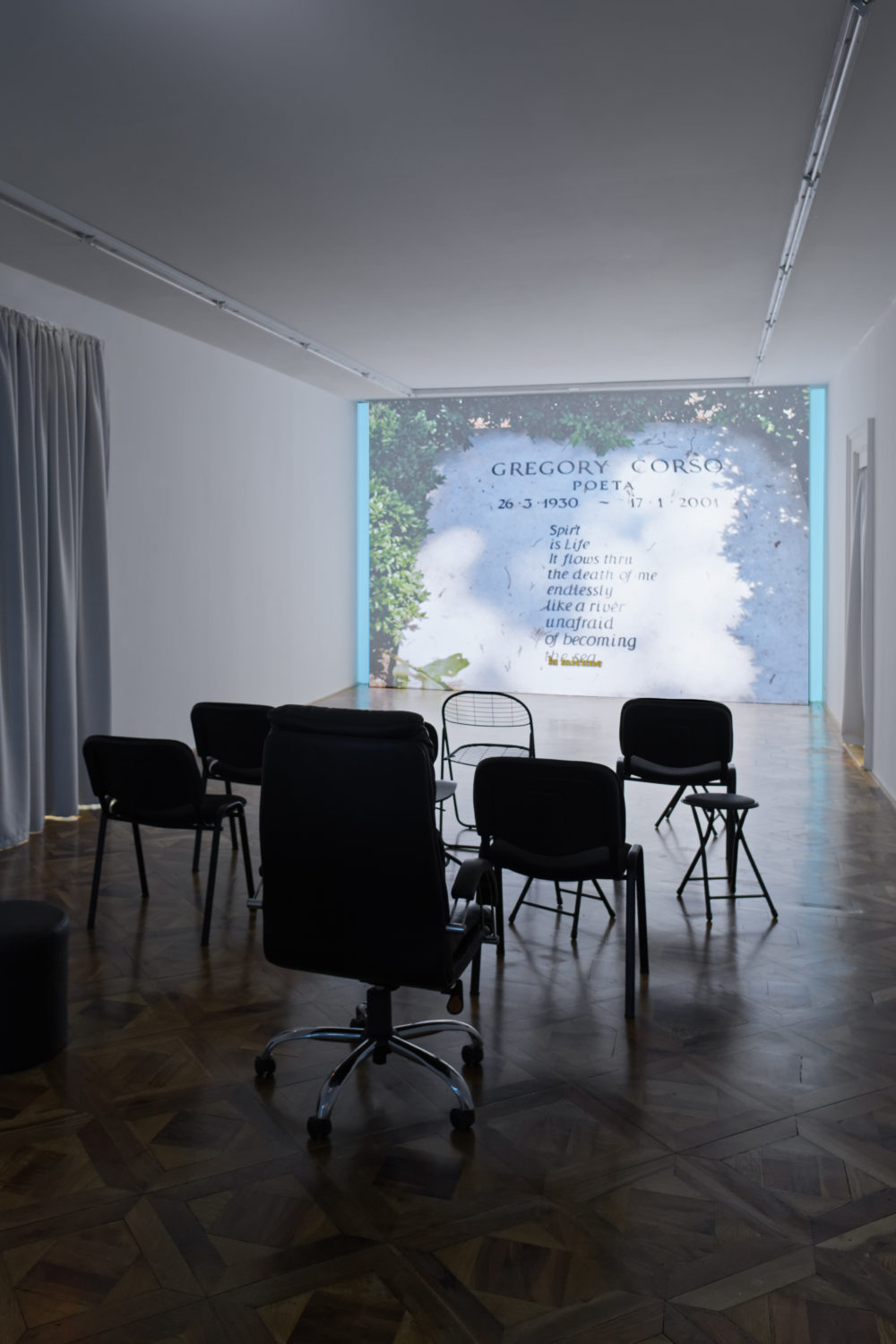 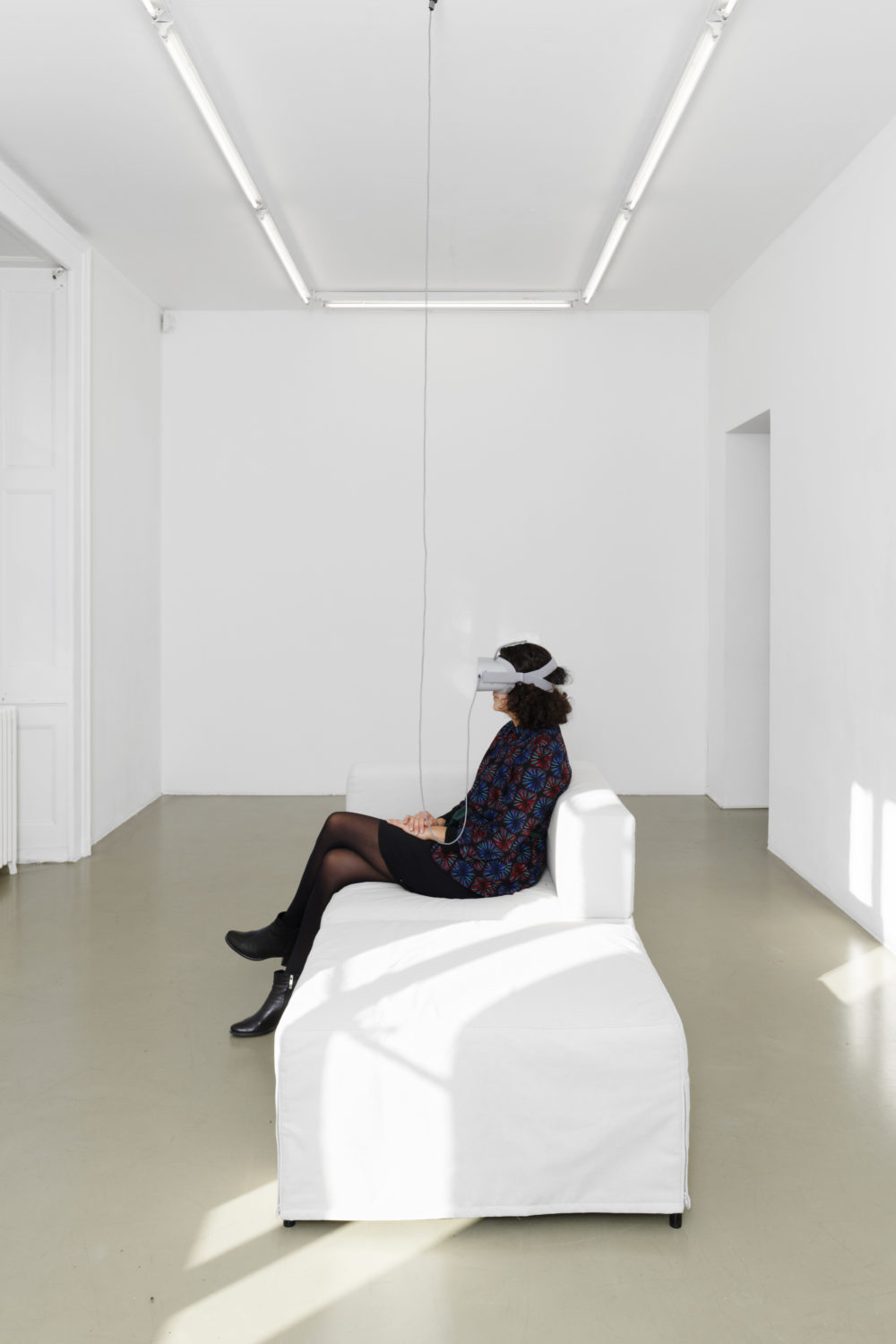 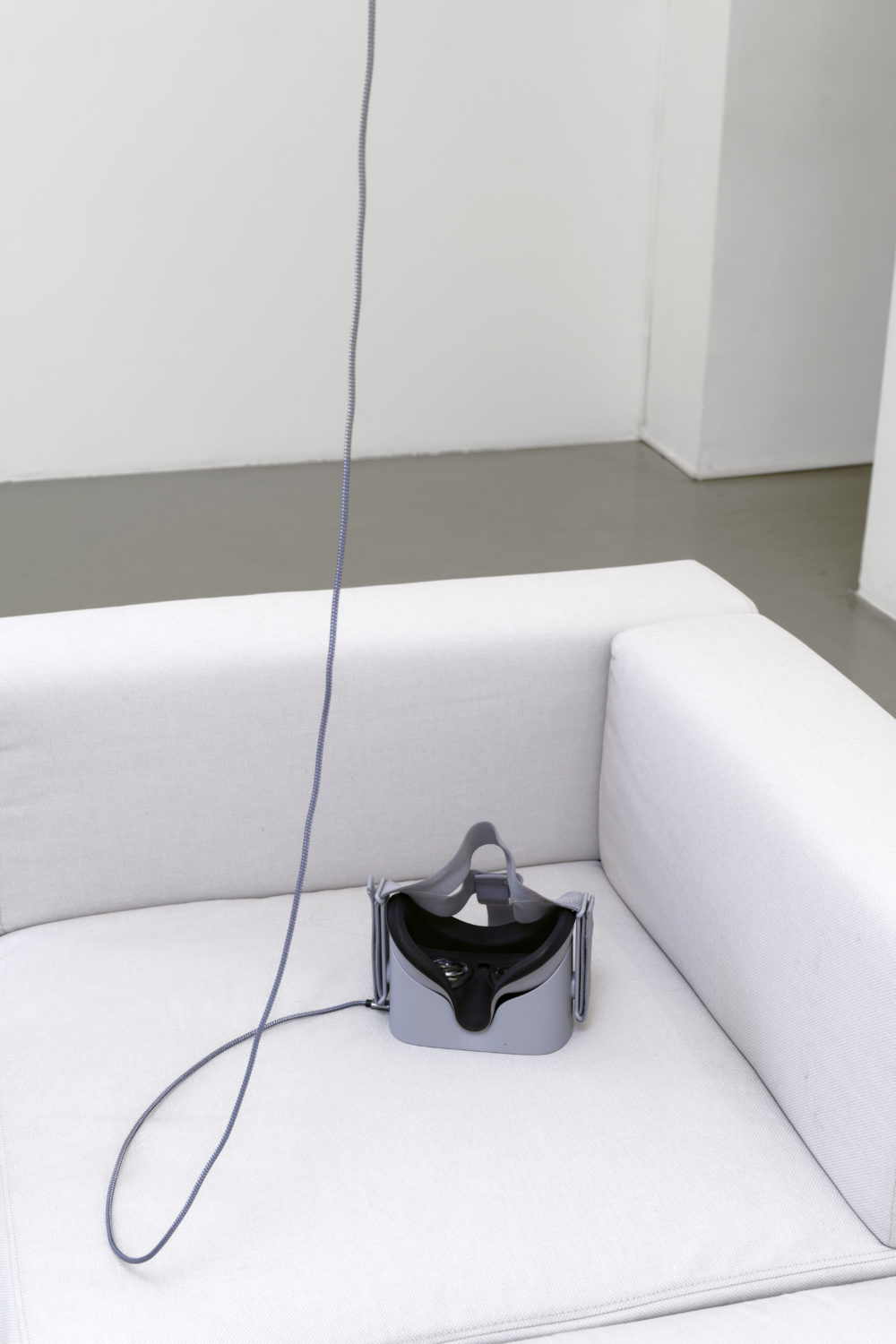 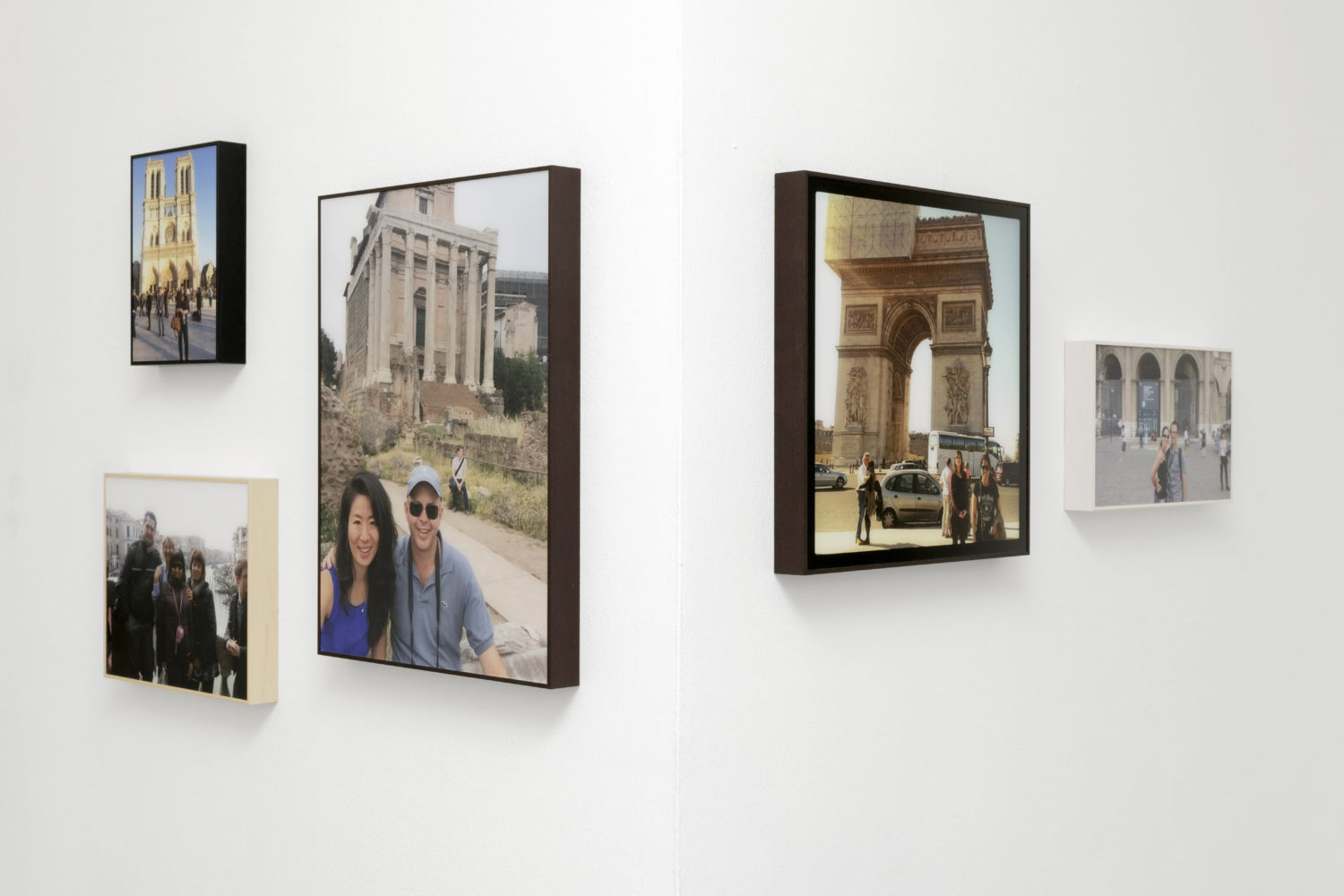 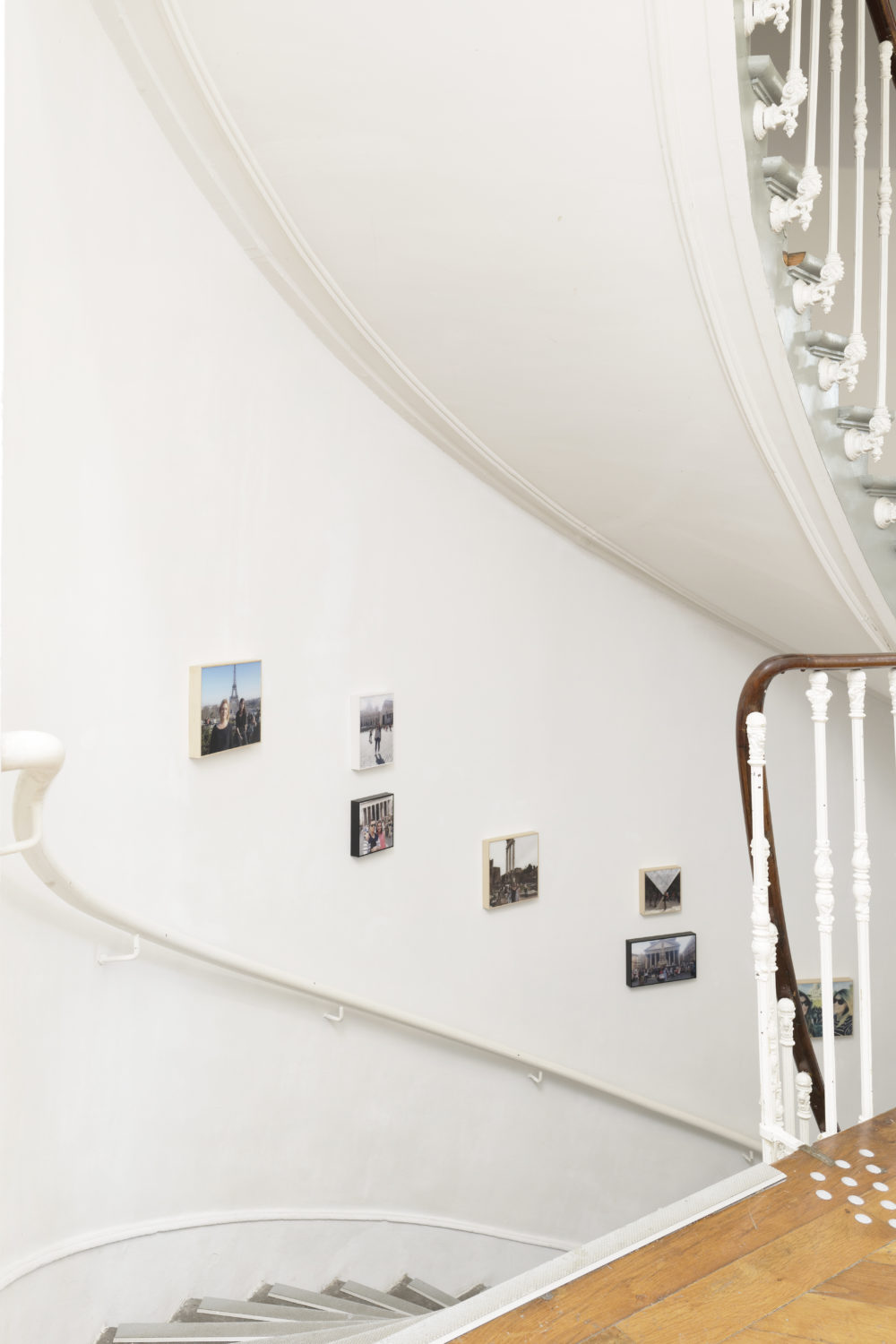 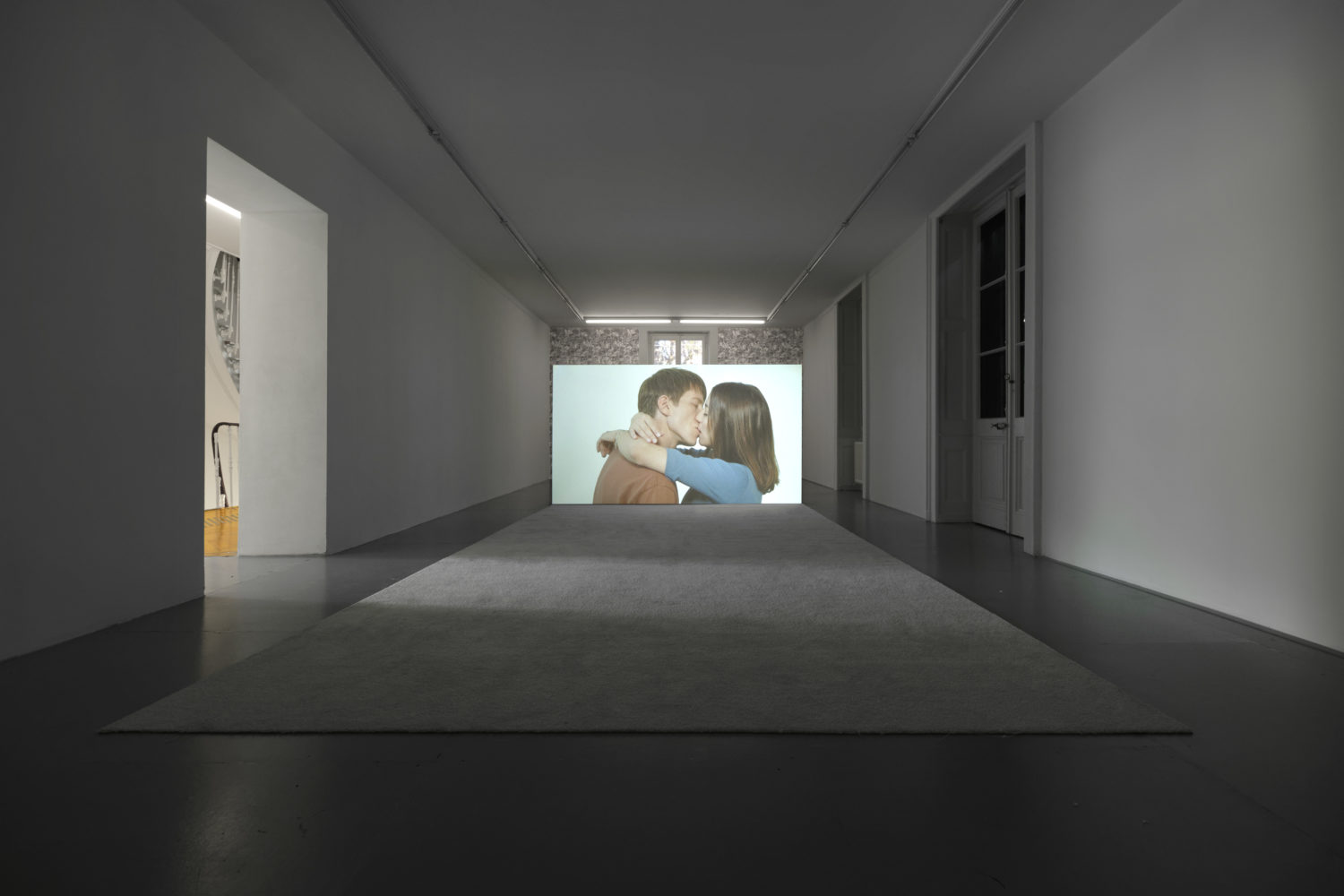 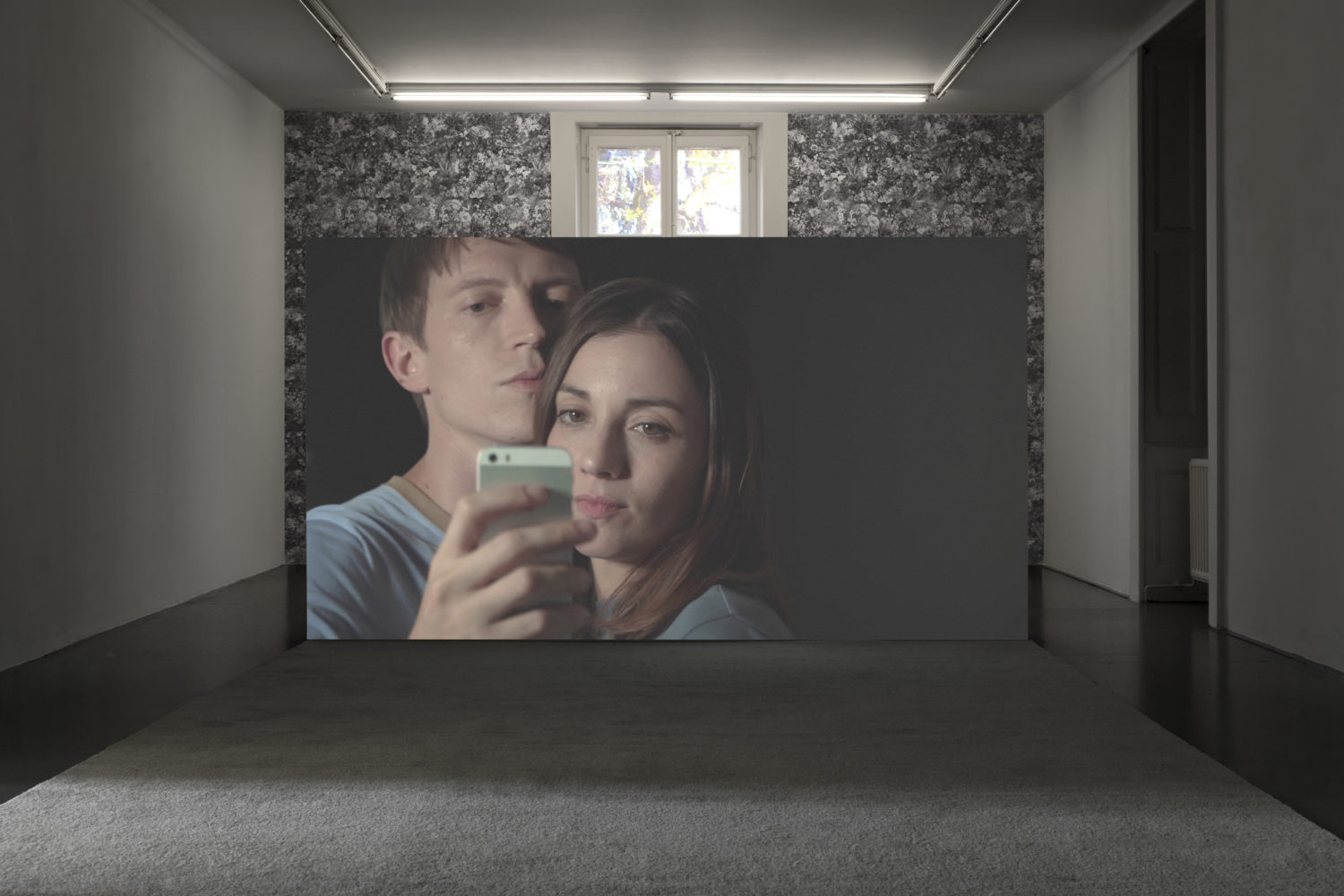 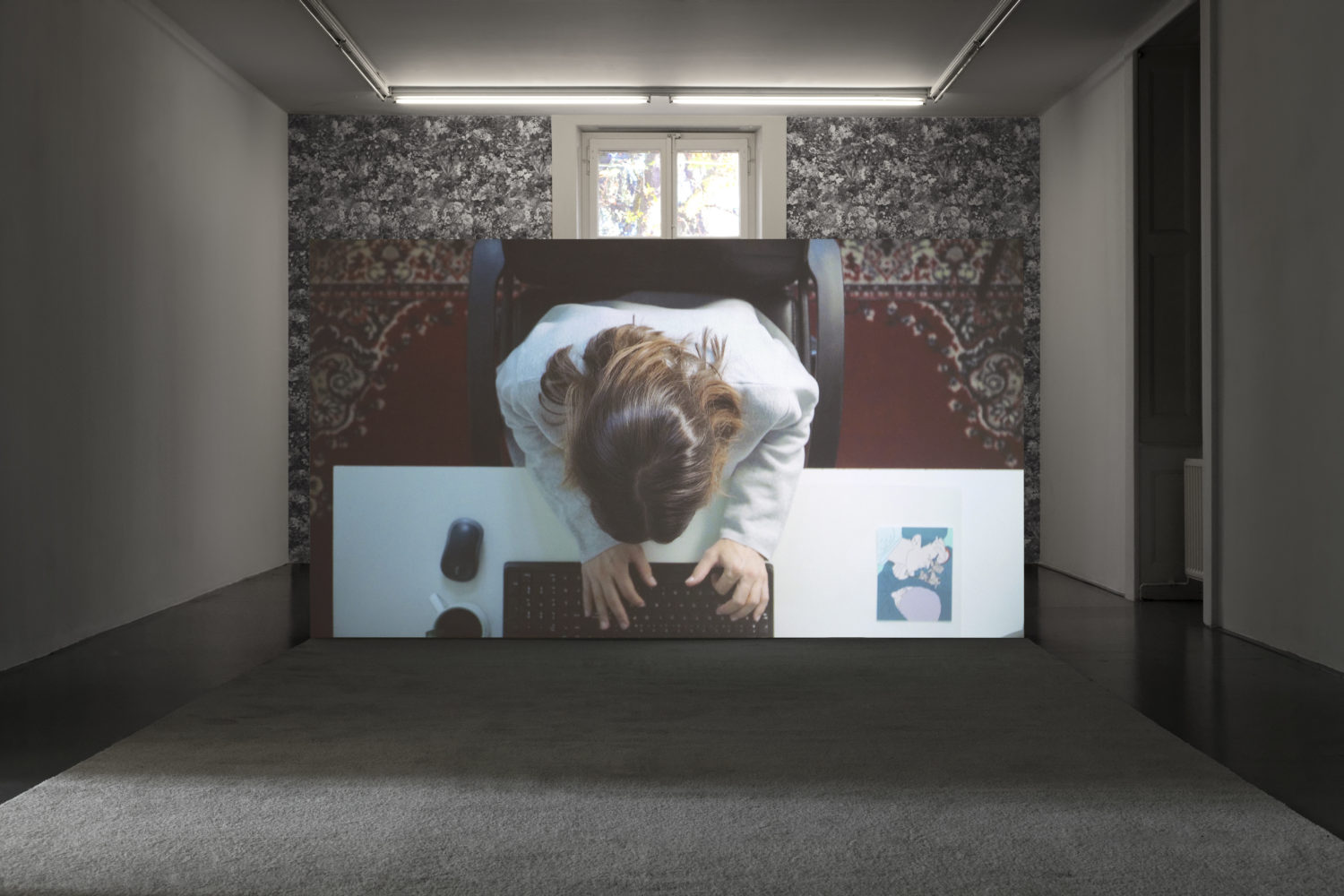 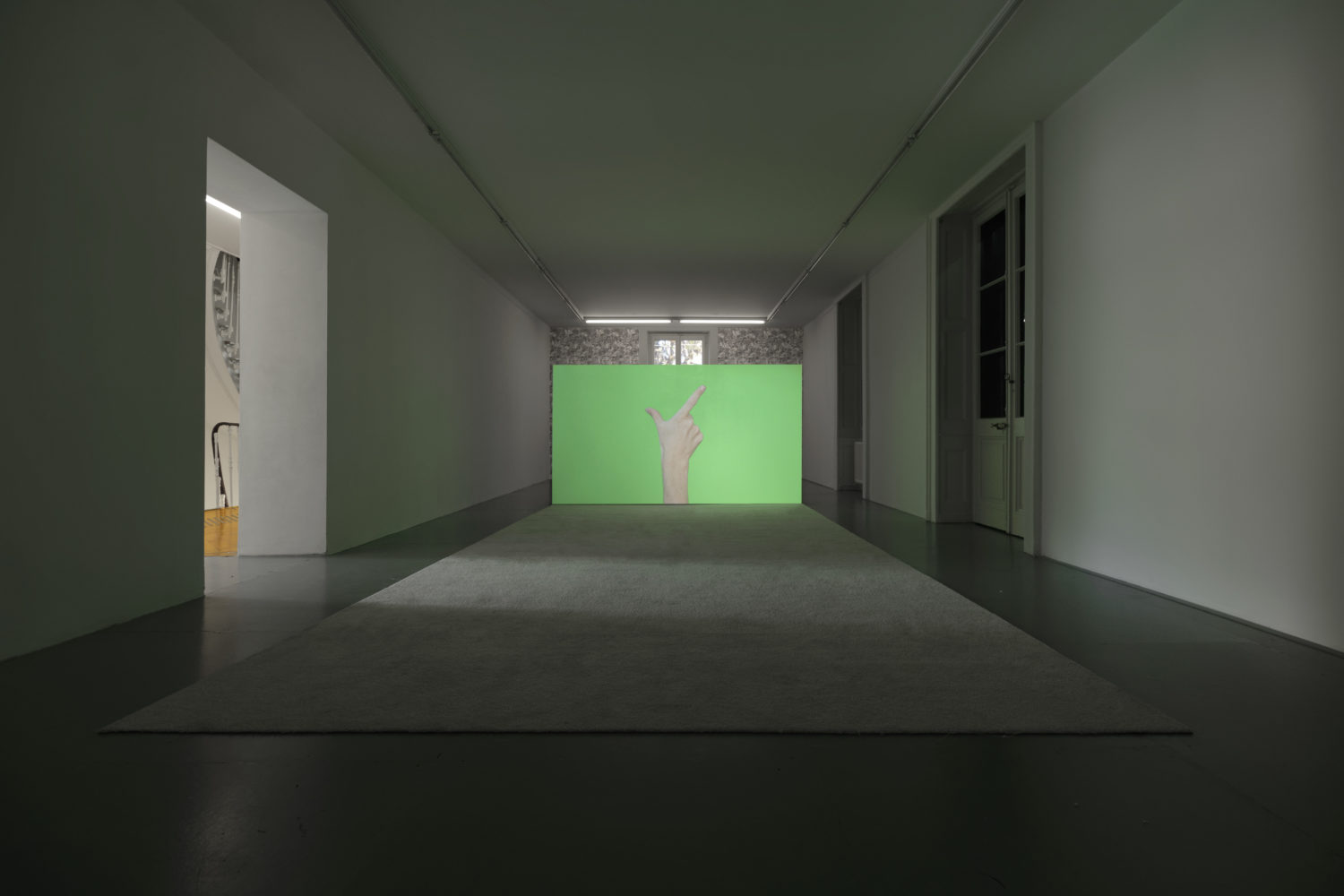 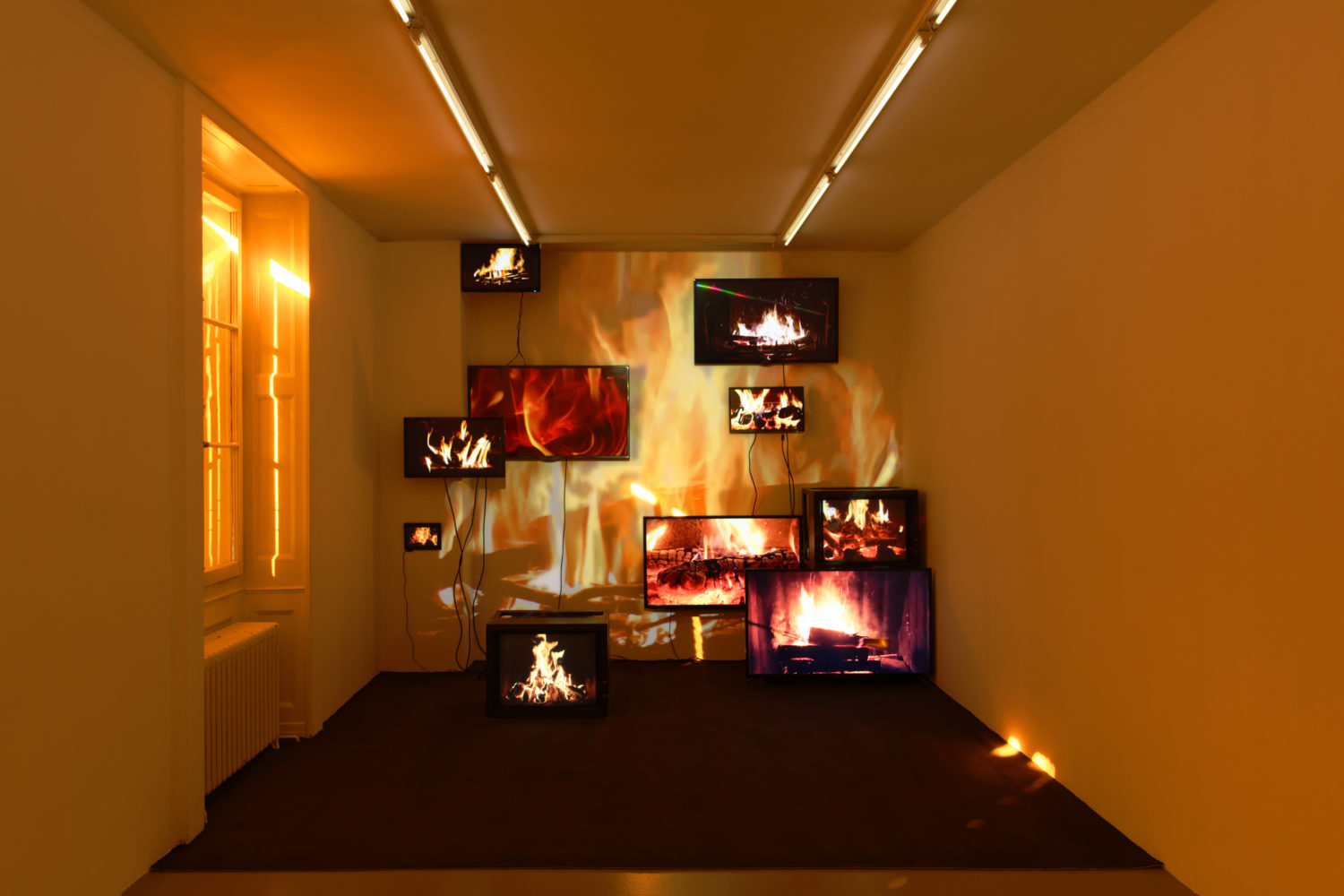 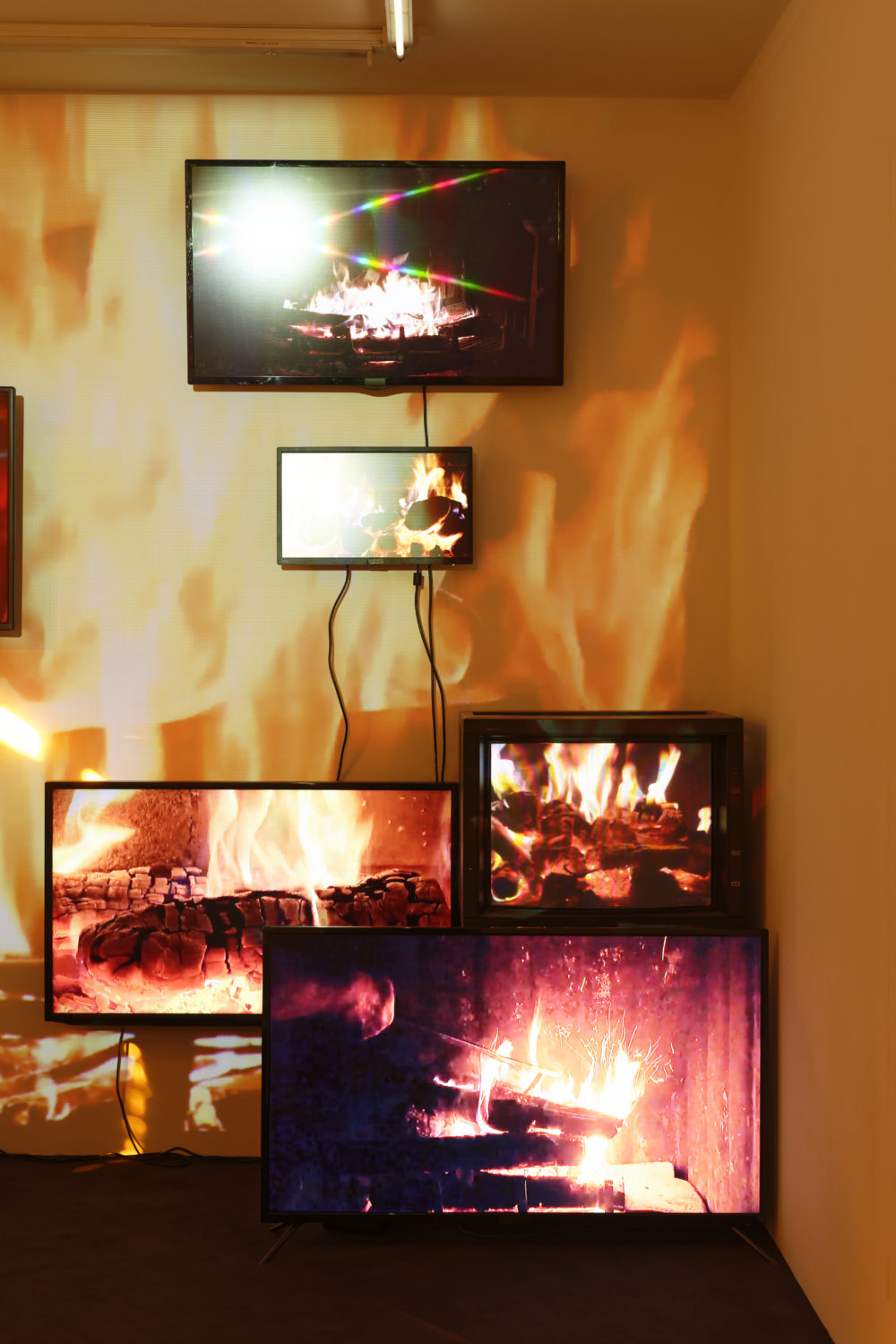 « We thought there were windows but actually they’re mirrors ». e-flux journal

The contemporary art center La Villa du Parc is opening a 2018 season devoted to artists’ views on the impact digital technologies are having on society. Since the early 2000s, the rapid development of digital tools and platforms has profoundly affected society in its daily habits and mores. The euphoria of the early years (access, decompartmentalization, no financial cost, sharing) has been replaced by a growing suspicion (surveillance, dissimulation, manipulation, malicious intent and abuse), making the web an unavoidable space of contrasts that has surreptitiously taken over our lives and is ripe for all of our human projections.

To kick off the season, La Villa du Parc extended an invitation to Emilie Brout & Maxime Marion, whose work has already figured in several group shows at the center, Terrible Two (2013) and Les Incessants (2015). This recent invitation gathers to a point a number of thematic lines that have run through the center’s programming over the last few years, including artistic collaboration, the new uses images are put to, and the fictional interpretation of documents. The publication of Artistes iconographes sparked a desire to update an examination of the digital with this invitation to a duo who were born in the 1980s and are indeed very “millennial” in their interest in new technology – and whose art is grounded in the appropriation of images with or against the tools of production and diffusion.

Locating their work in a back-and-forth movement between the online sphere and the off, the two artists have focused their show at La Villa du Parc on depicting their personal and professional lives together, selecting for their first “solo” exhibition in a French art institution a dozen pieces, videos for the most part, along with an online presentation inspired by the domestic ambiance of the contemporary art center.

It is this very ‘80s refrain by the soul duo Womack & Womack that Emilie Brout & Maxime Marion, an artist couple both at home and in the studio, have chosen as the title of their show at La Villa du Parc. “You should only have eyes for me,” lovers proclaim – and, from behind their screens, innumerable internet users cry out in search of anonymous followers. As a rough guide, the hashtag #followme, for instance, is referenced some 437 million times on Instagram at this writing.

We see here the contemporary obsession with trying to grab attention, which nowadays plays out on social networks with publicly sharing selfies and other images that show off people’s private lives. The race for digital popularity generates a few gems and lots of stereotypes by making hundreds of thousands of amateur images public which are indiscriminately thrown together with advertising images that imitate or mold them in a virtual commercial strategy that is perfectly calibrated and runs like a well-oiled machine.

It is this now viral cliché imagery that Emilie Brout & Maxime Marion appropriate in their films and installations, using the tools made available by the web while taking amateur practices and uses to the extreme.

In the register of online appropriation, the artists’ new film “b0mb” features lines from the famous poem of the same name by the American Beat poet Gregory Corso. The lines are translated into French by the artists using a search engine looking for images posted on the internet. With each viewing the film shows the images with the greatest number of references that their search yielded, creating a hypnotic film-poem that is constantly changing. Corso’s love poem dedicated to the atomic bomb, which draws on the whole world and a vast range of references, favors the diversity of images that is representative of web culture, whose flow is conveyed by the poet’s own voice, which has been reworked on a magnetic soundtrack. At La Villa du Parc the piece echoes an immense digital blaze of chimney fires crackling away, for the ambiance apparently.

In counterpoint to this carefully worked apocalypse in the bottomless well of the circulation of data, which, by the way, affiliates the artists with the great post-internet family of prosumers (that is, producers and consumers), Emilie Brout & Maxime Marion reverse the situation in a series of pieces where they work themselves into other people’s images. Thus, in “Ghosts of Your Souvenir,” a series of photographs exploring photobombing (i.e., the art of getting yourself into others’ photos to wreck them), they strike poses at tourist sites and then hunt down their discreet presence in the background of images spread on the social networks.

Drawing on recent professional and recreational technologies like virtual reality, the artist couple cultivate a comical DIY dimension in the film “dp,” conjuring up the experiments from the early days of cinema. Vacation pictures, a walk in their neighborhood, a gallery opening, even a sex tape, it is the whole online iconographic tradition of day-to-day reality and family life which they form a memory of.

They are working on a film project, moreover, and the two have decided to feature the soundtrack in a special preview at La Villa du Parc. “A Truly Shared Love” is a love film where they are the main actors. The film consists of a montage of sequences that have also been made available separately for sale on Shutterstock, an image platform that provides illustrators, visual artists, and advertisers with images that are free of any copyright. Formatted, scripted, and filmed to correspond to the platform’s many content limitations, the film shows their daily reality through the lens of a disturbing oddness in a consciously struck balance between authenticity and obvious distancing, private space and the mass diffusion that goes on over the internet.

Throughout the featured works then there appears a kind of subdued ode, fascinating and harrowing, in which there is an endless shifting between the real and the virtual, and where the artists’ talents are put to crafting a vision of their private world that is both sincere and cut from the whole cloth.