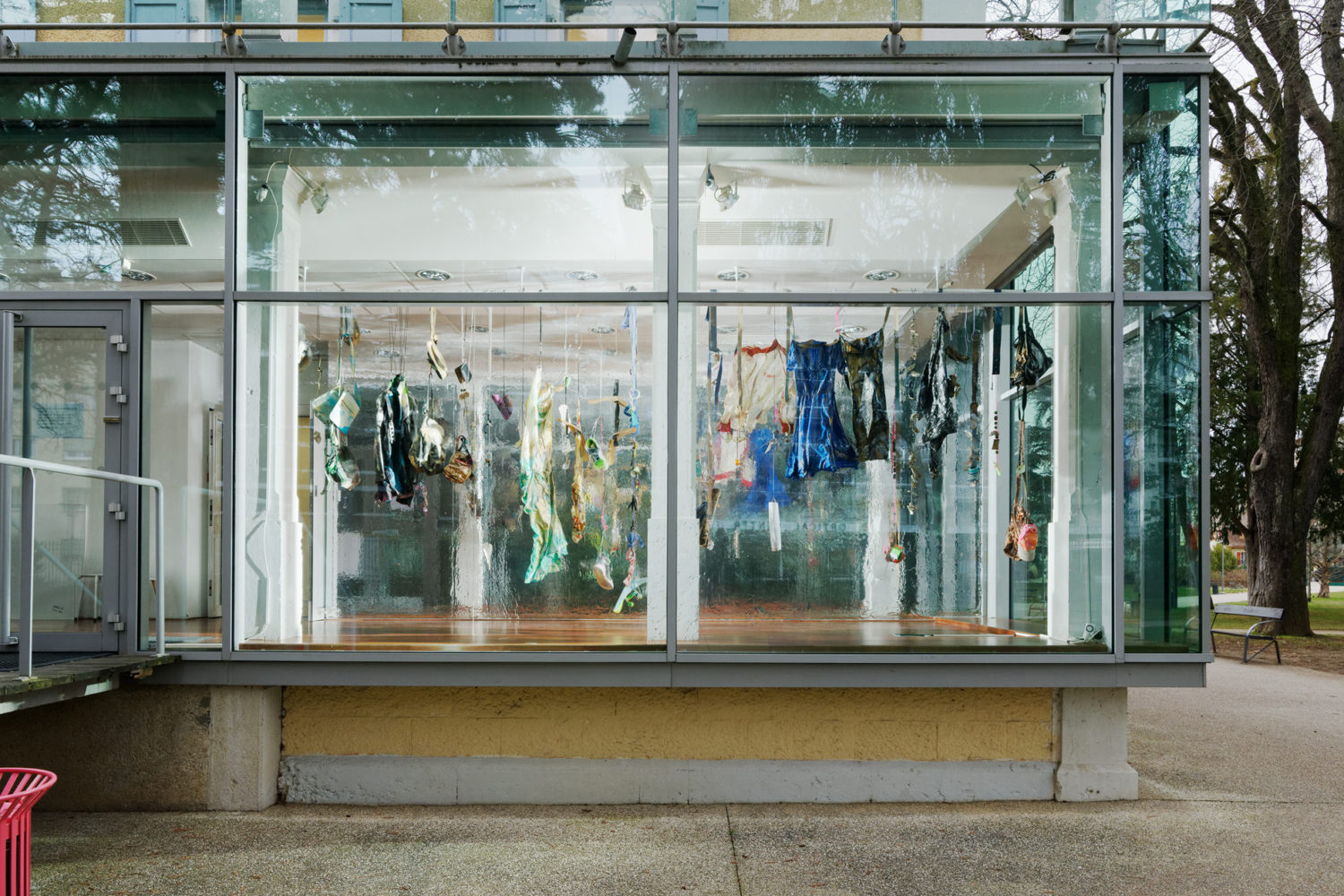 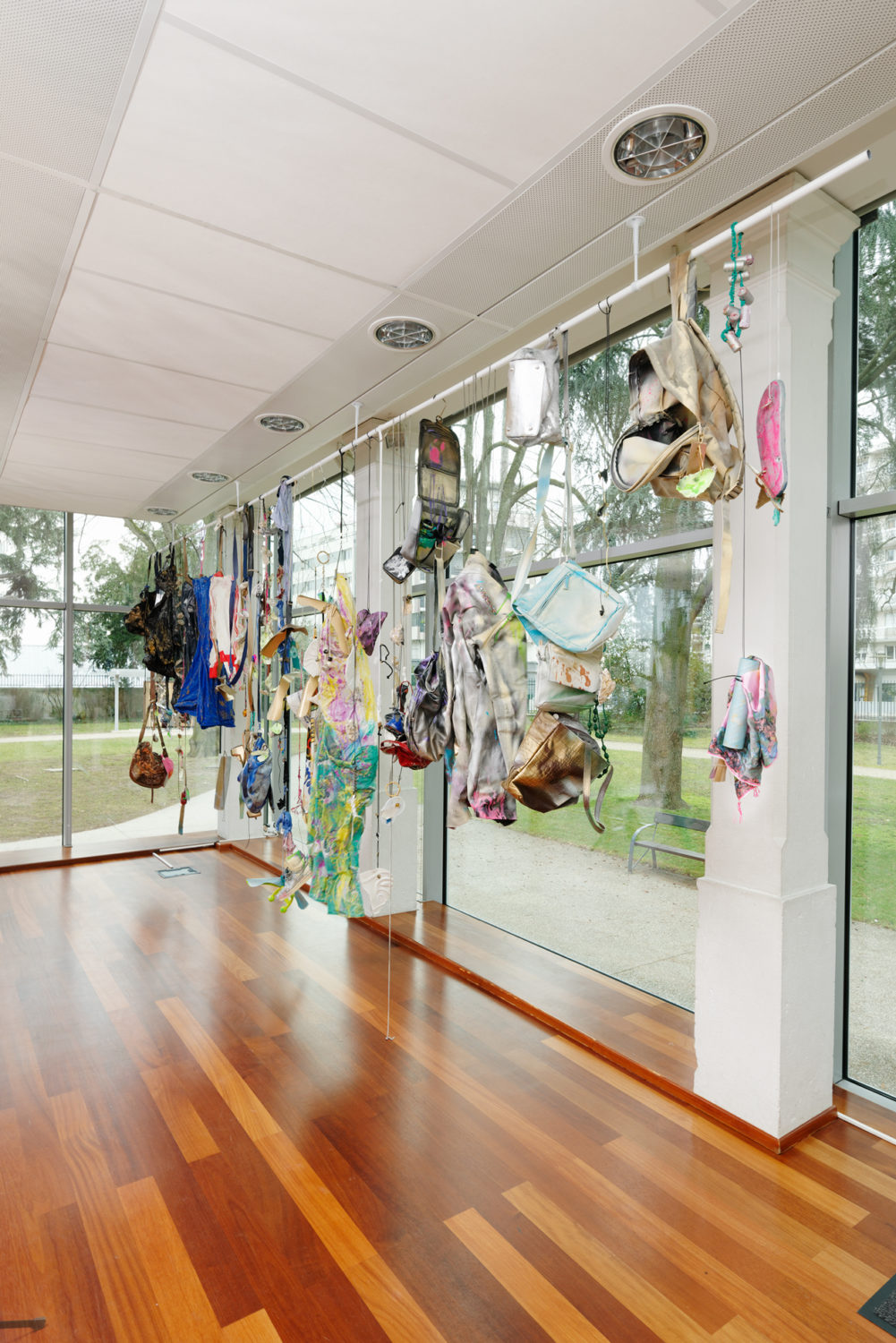 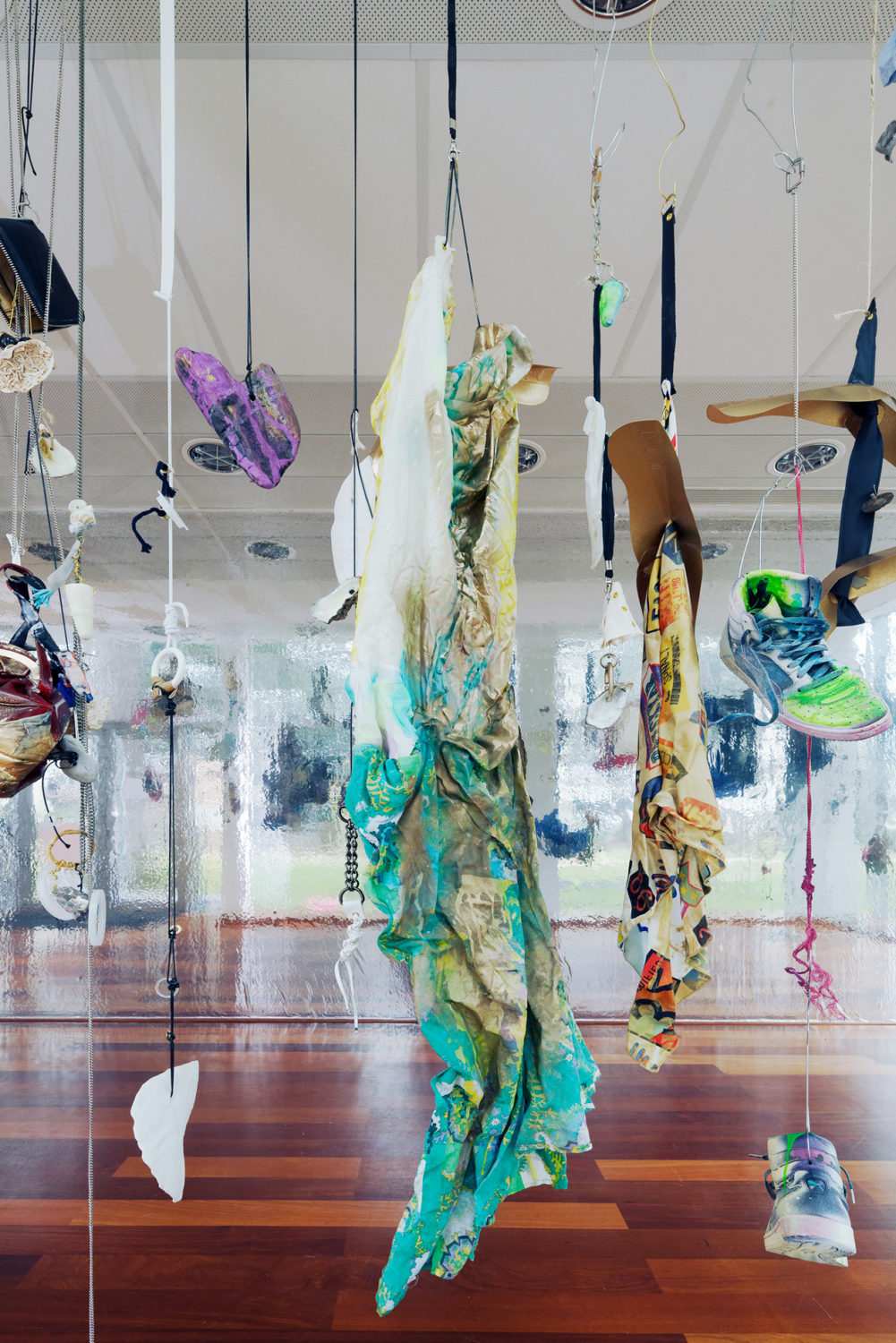 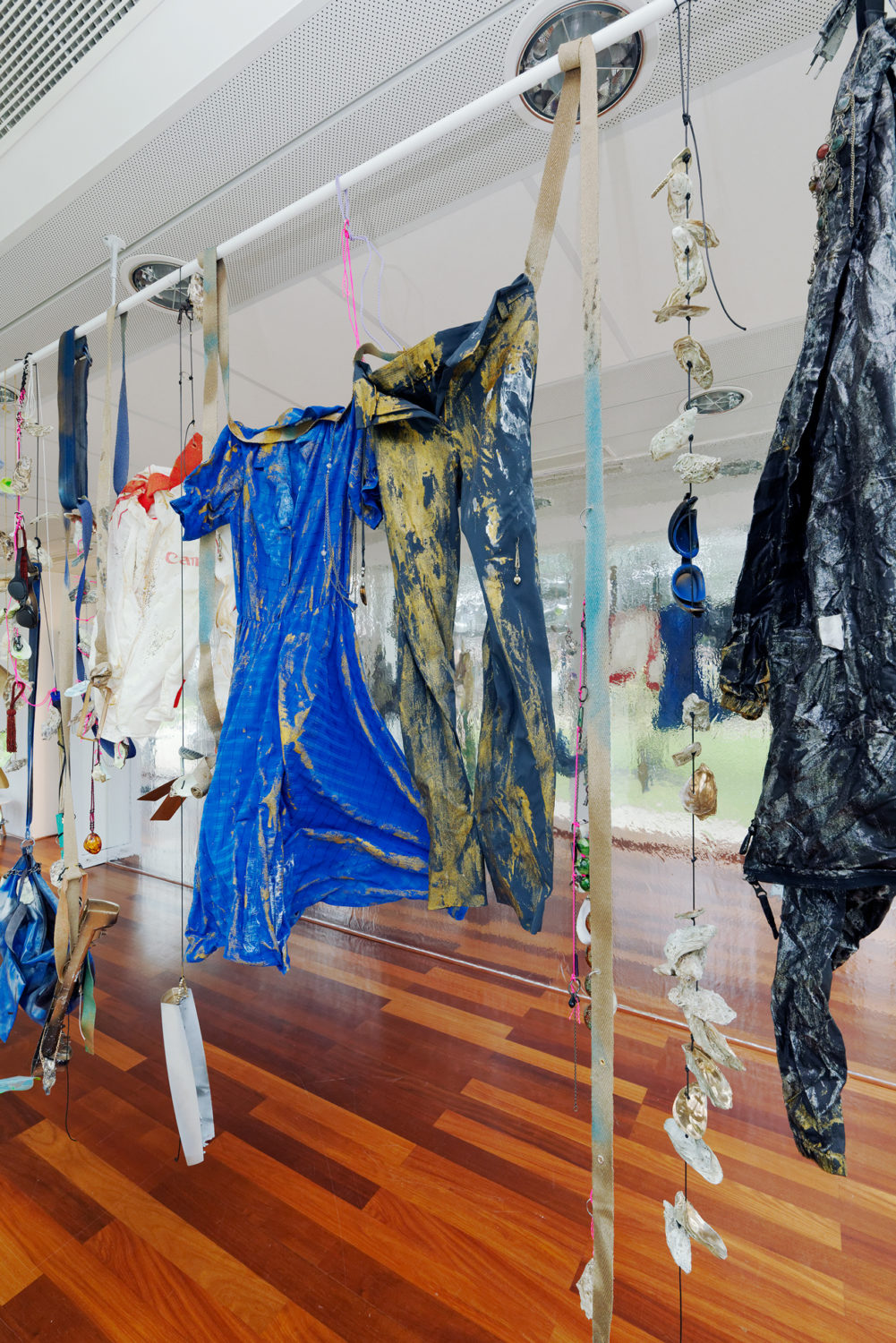 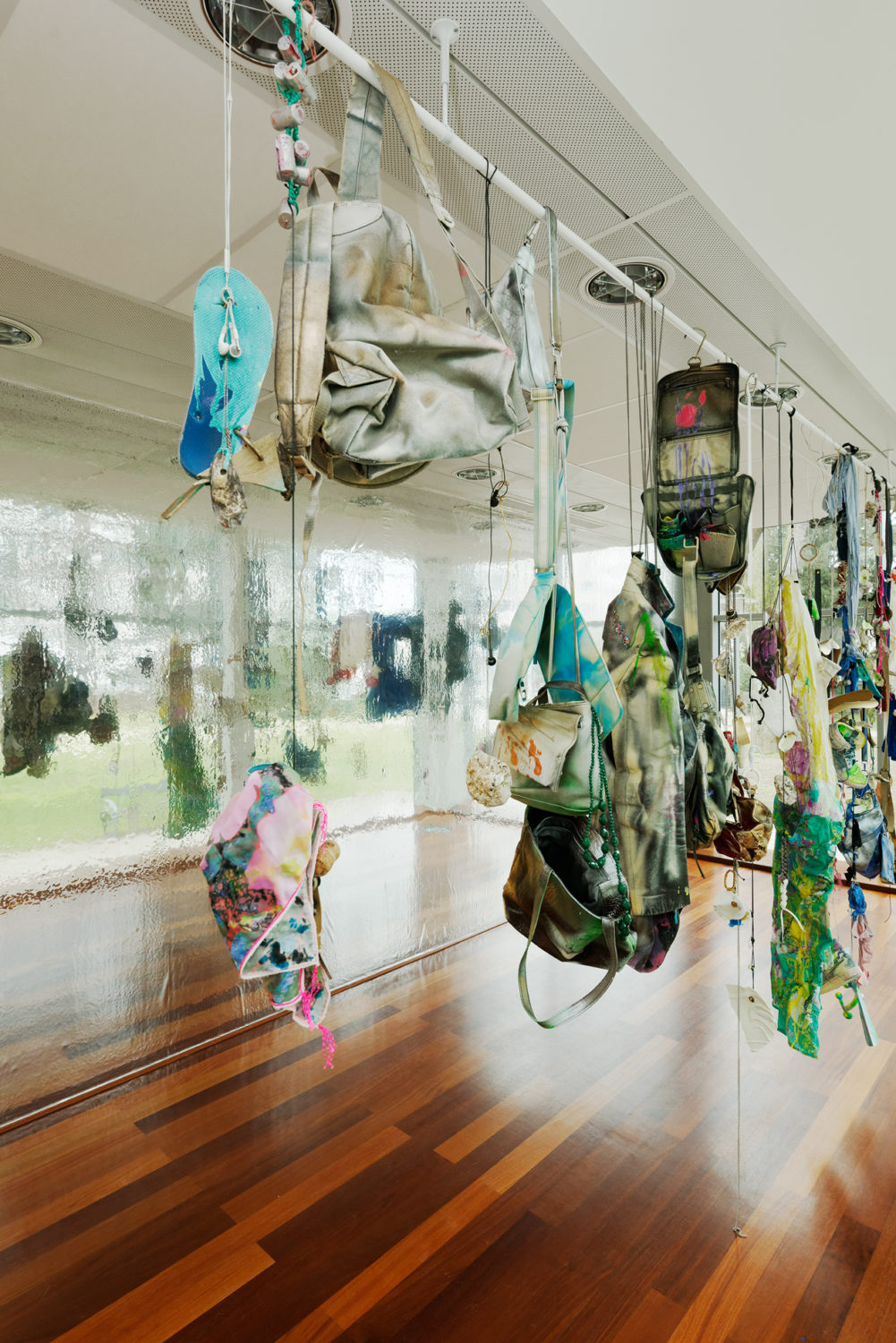 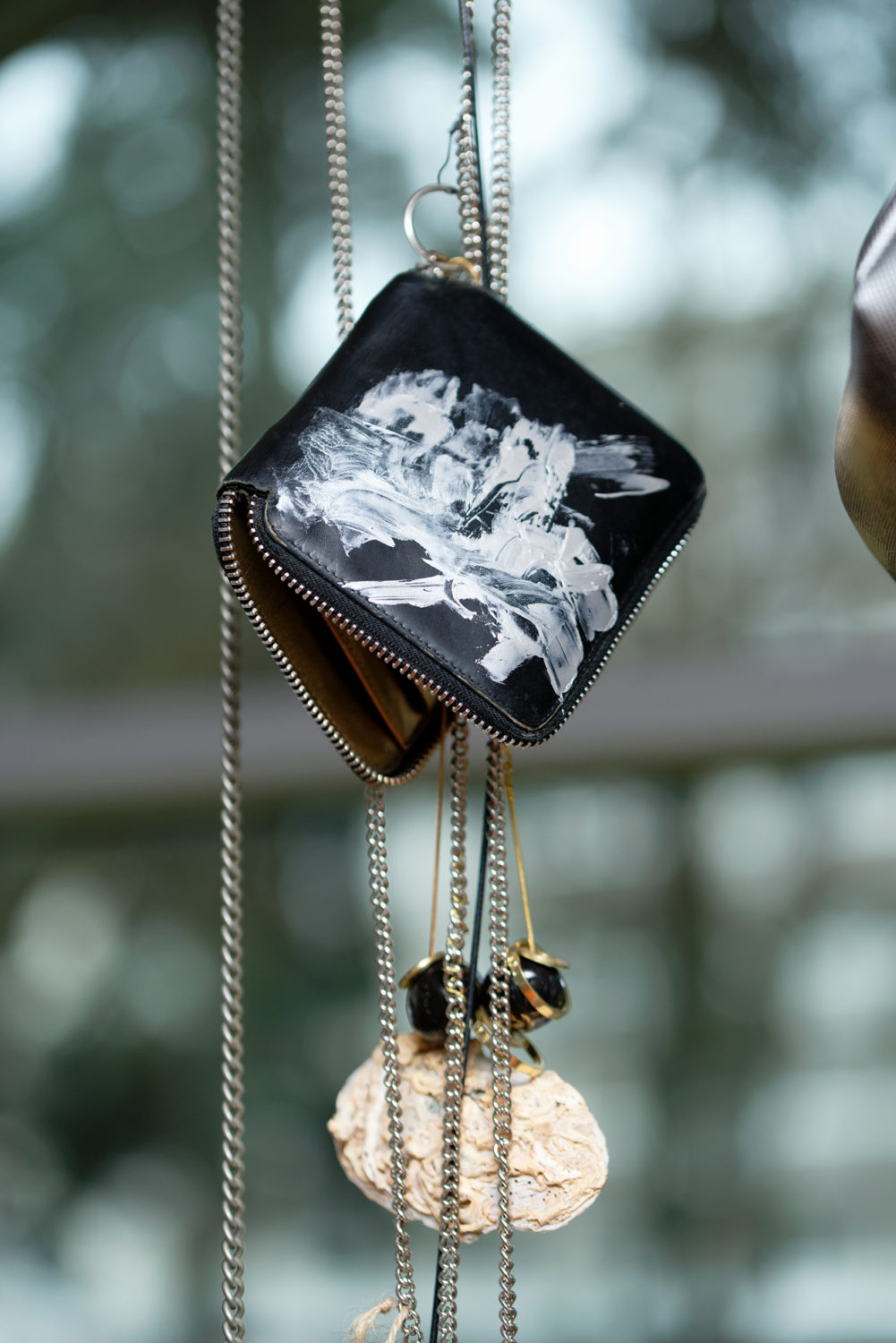 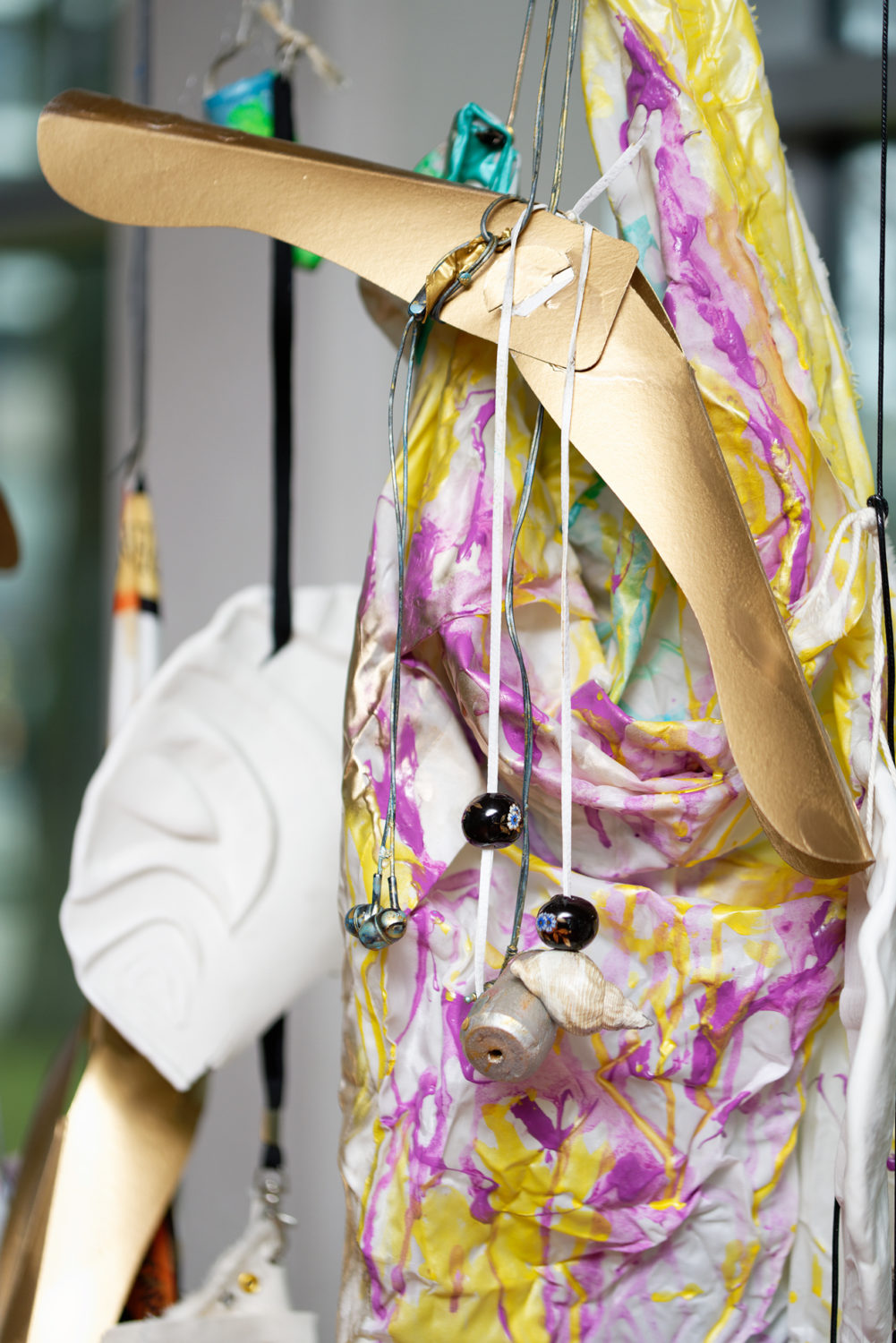 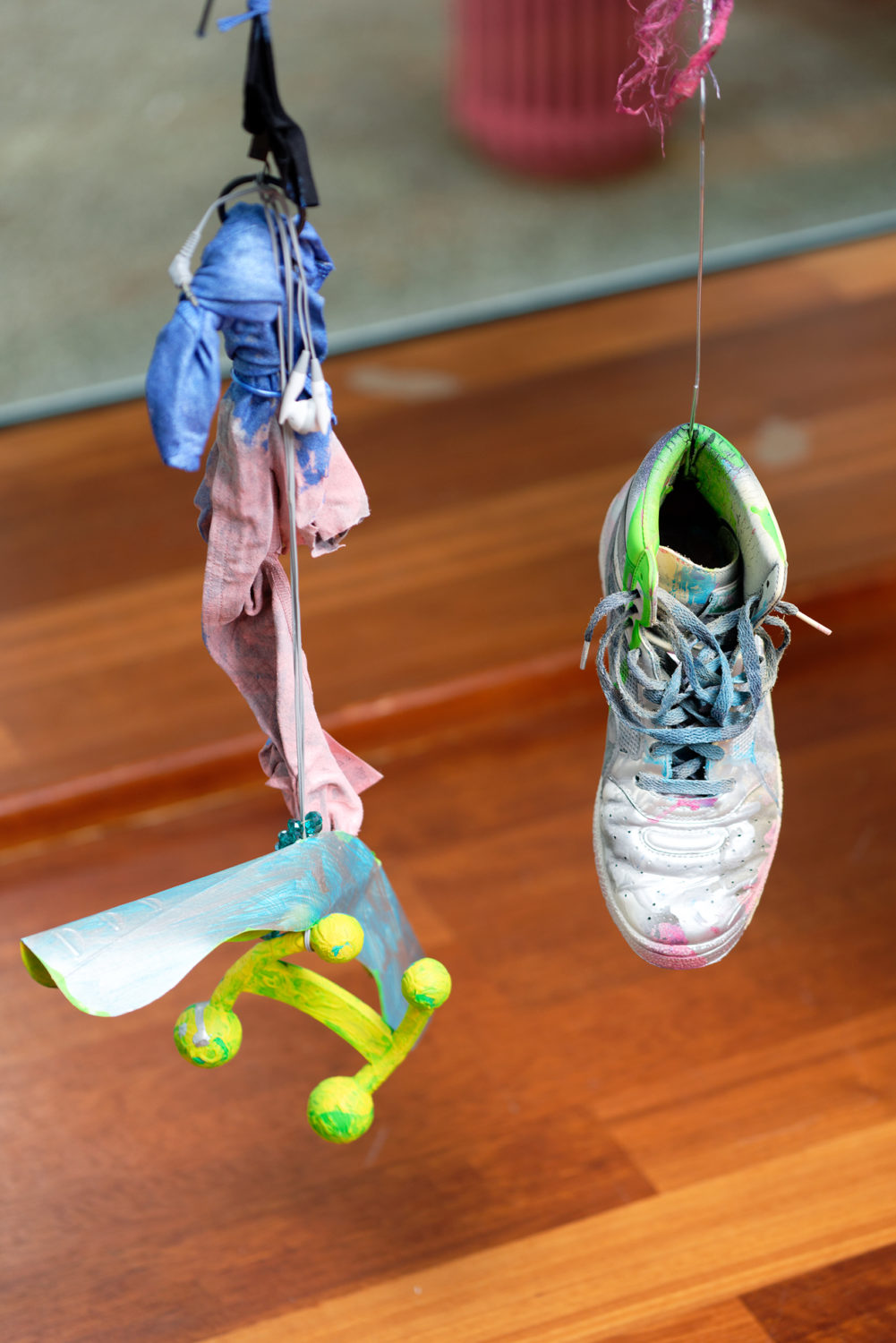 Ingrid Luche creates installations in which she reappropriates and intervenes in various elements (accessories, textiles, objects). She chooses them for their strong symbolic and memorial potential since they are features of a diluted globalized syncretism. Clothing, in particular, is a space of representation and projection which she is especially drawn to. It defines affiliation or kinship indirectly, by implication, in terms of culture and identity, community and the contemporary world. La Villa du Parc’s veranda is an intermediary space of course, existing between inside and outside; there the artist has put together a large hanging assemblage titled Whileaway, a trashy pop altar made up of many fetishes (costume jewelry, sneakers, bags, ethnic motifs, etc.) representing symbols of a cheap global consumerism, which are covered in paint drips and runs, and fluorescent and silver spray paint. Luche plays with the glittering “showcase” display, presented on a clothes rack yet outside any commercial context and isolated in a park. She projects her installation in a far-off place in our imaginations, which her title echoes. Whileaway is a sci-fi planet dreamed up in the 1970s by the American author Joanna Russ in The Female Man.¹

Born in 1971 in Antibes, lives and works in Paris.

She graduated from La Villa Arson in Nice in 1994 with a DNSEP, an Advanced National Degree in the Visual Arts. She has been teaching at the Ecole Nationale Supérieure d’Art in Bourges since 2010. Over the past few years, she has taken part in several group shows, notably in 2020 at l’ahah#Griset in Paris; in 2019 at Le Lait art center in Albi and Frac Franche-Comté in Besançon; and in 2017 at the Musée d’art Moderne de la Ville de Paris. She has also exhibited in many solo shows both in France and abroad (Los Angeles, USA, in 2018 and Gattineau, Canada, in 2014). She is represented by the gallery Air de Paris.