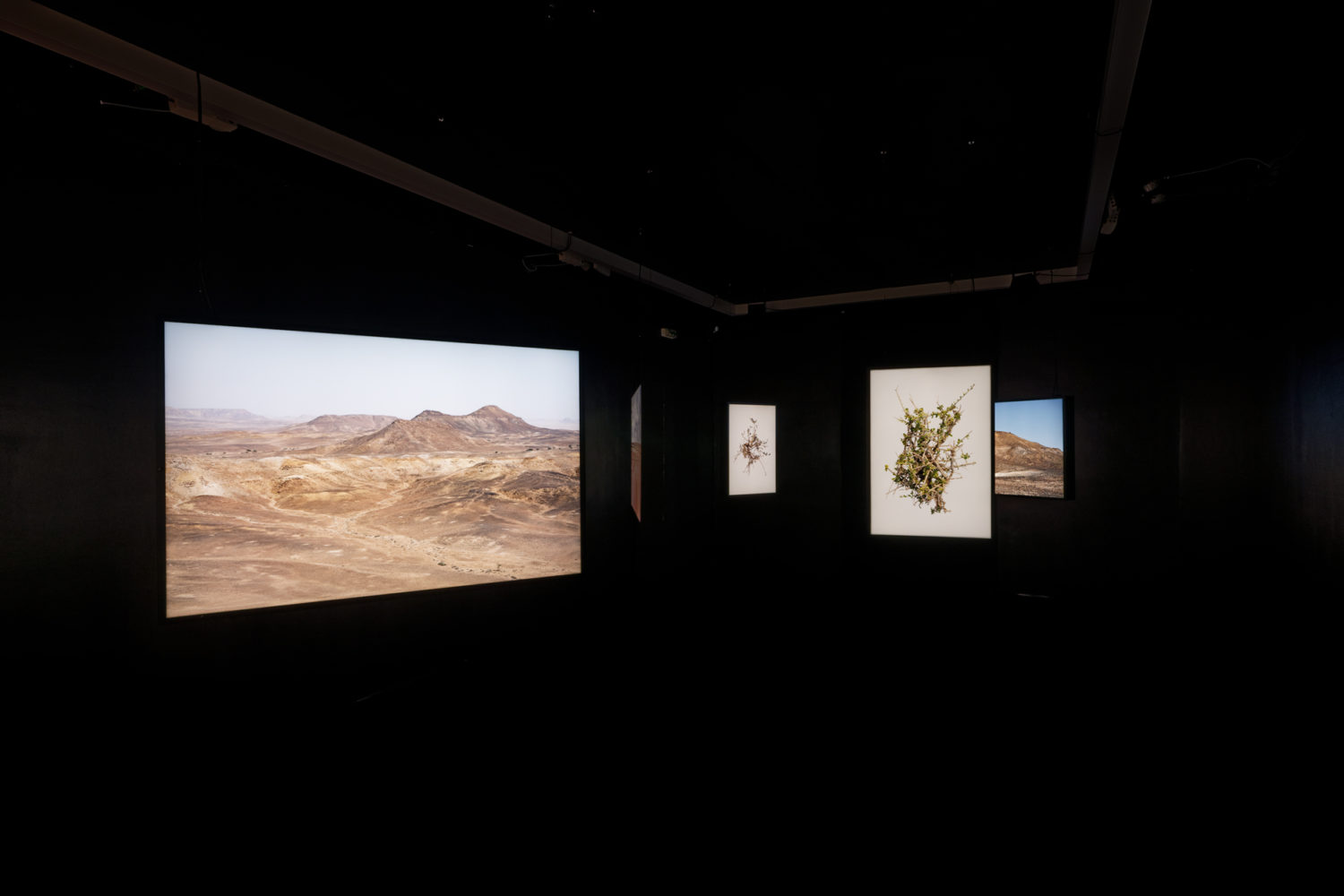 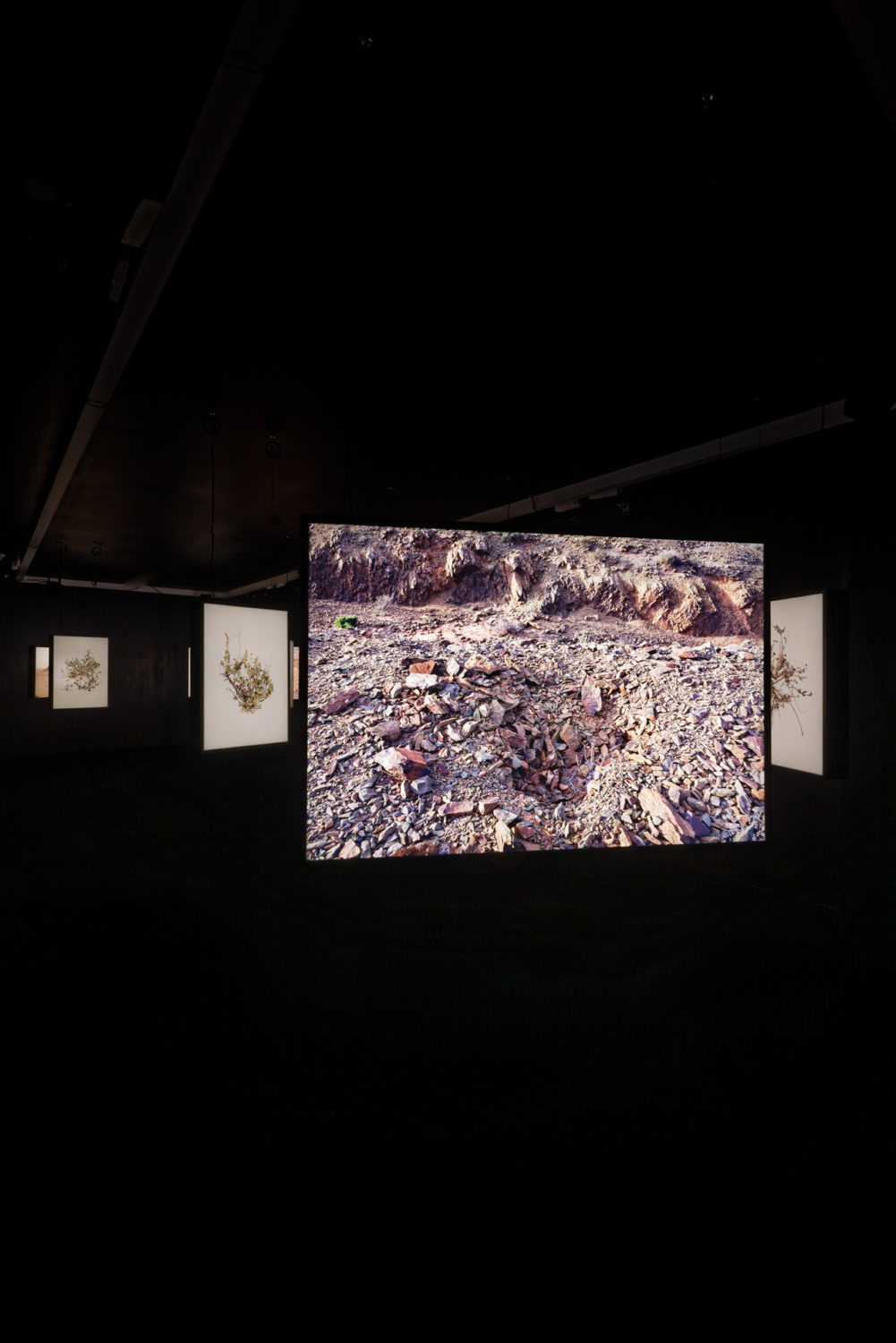 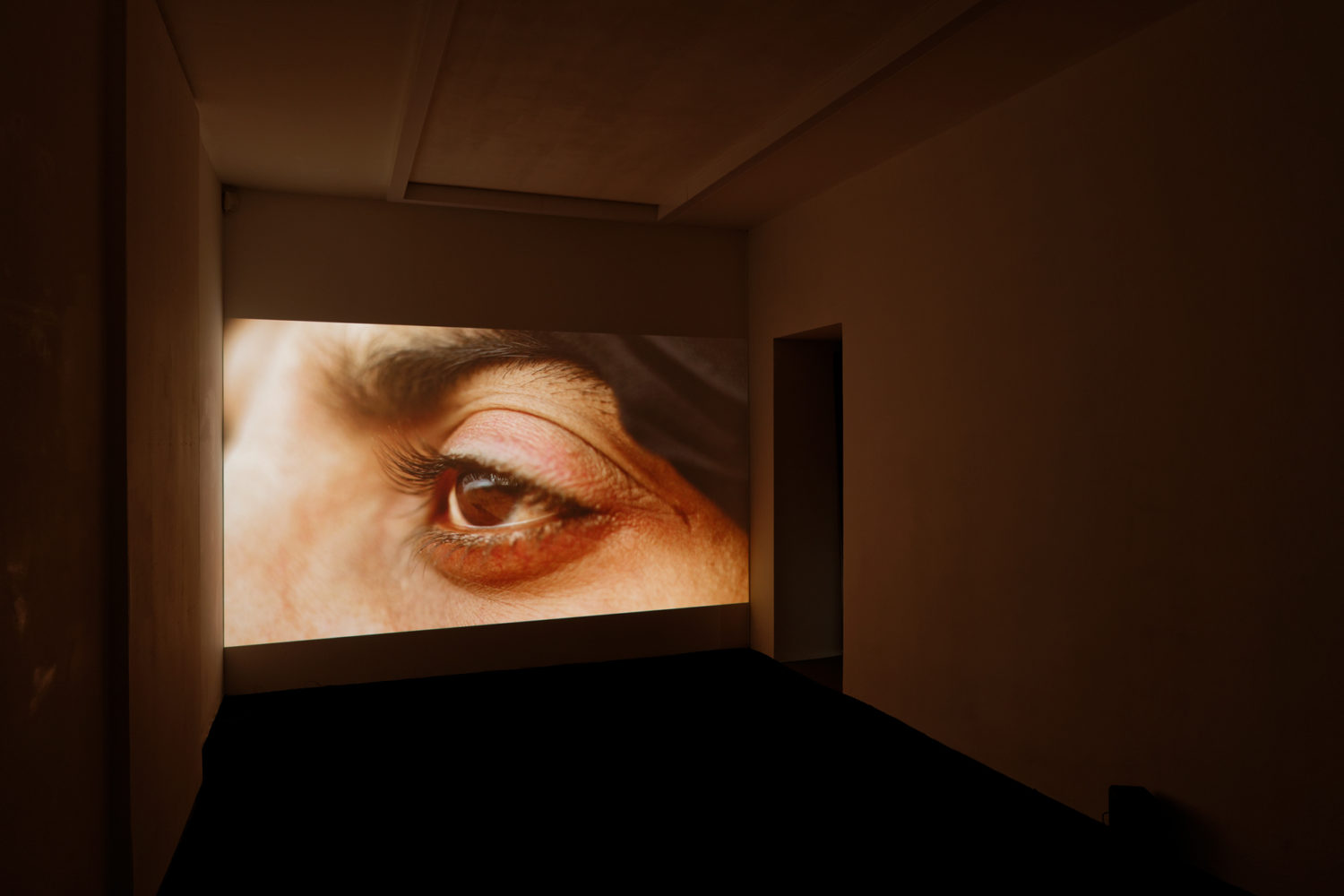 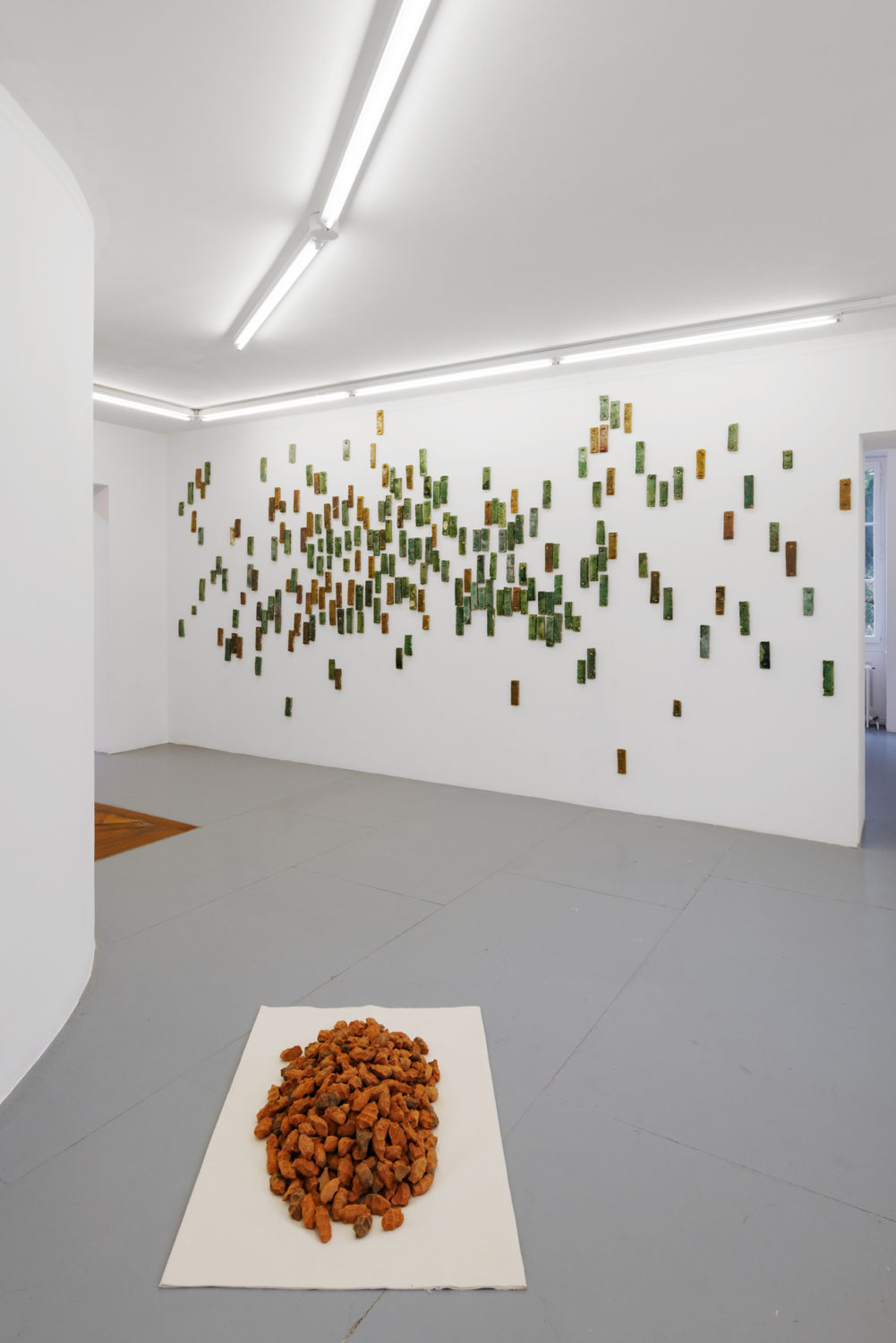 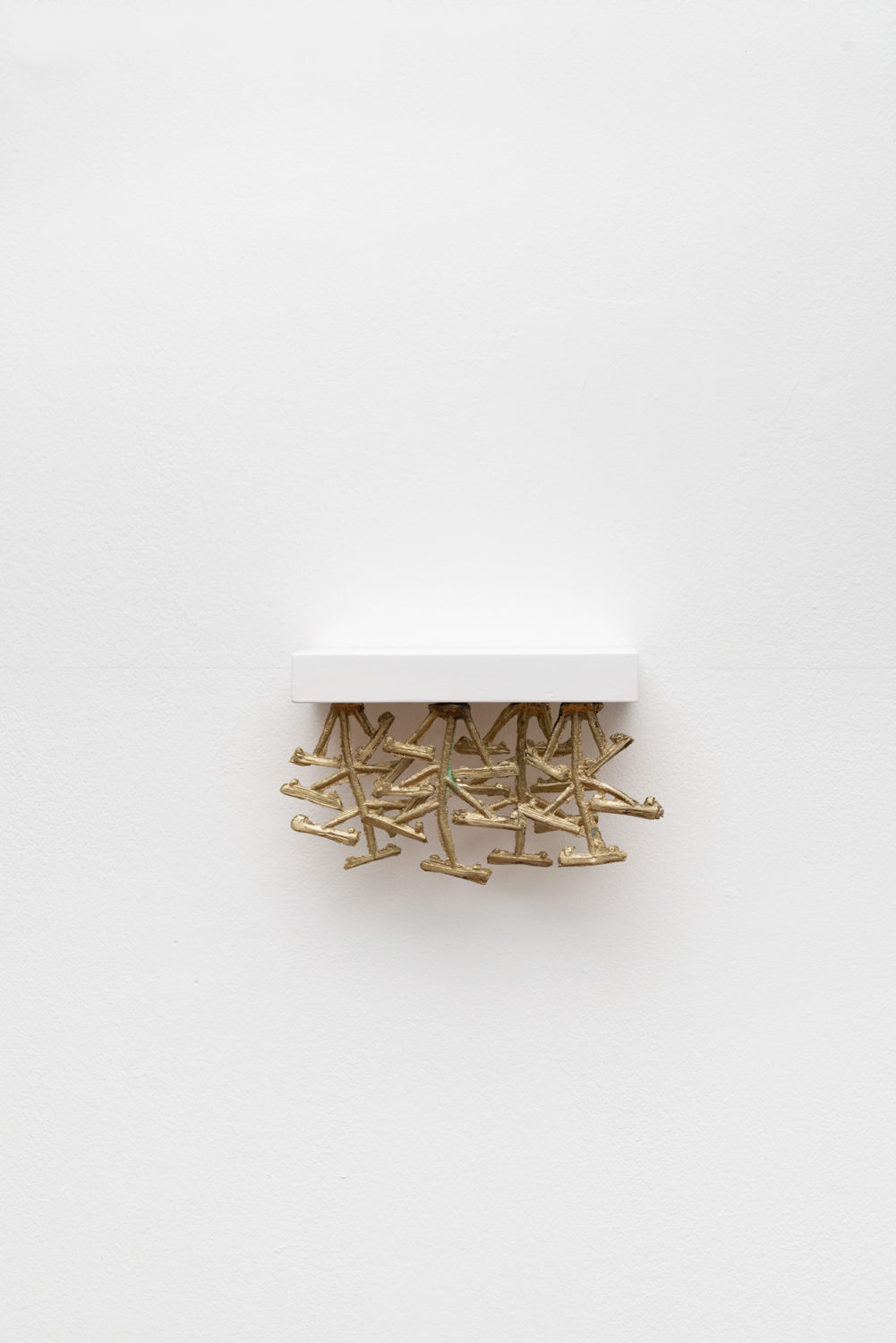 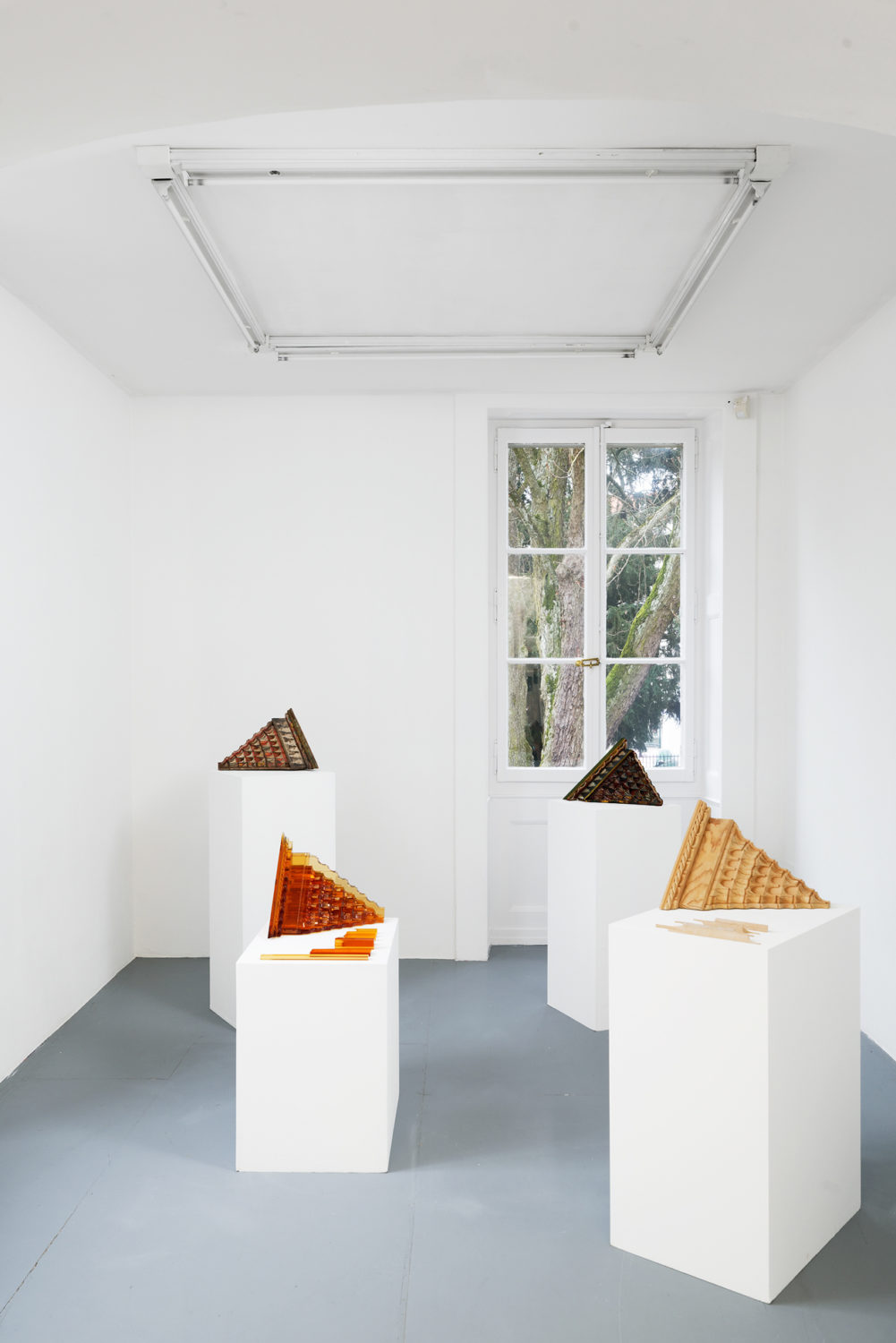 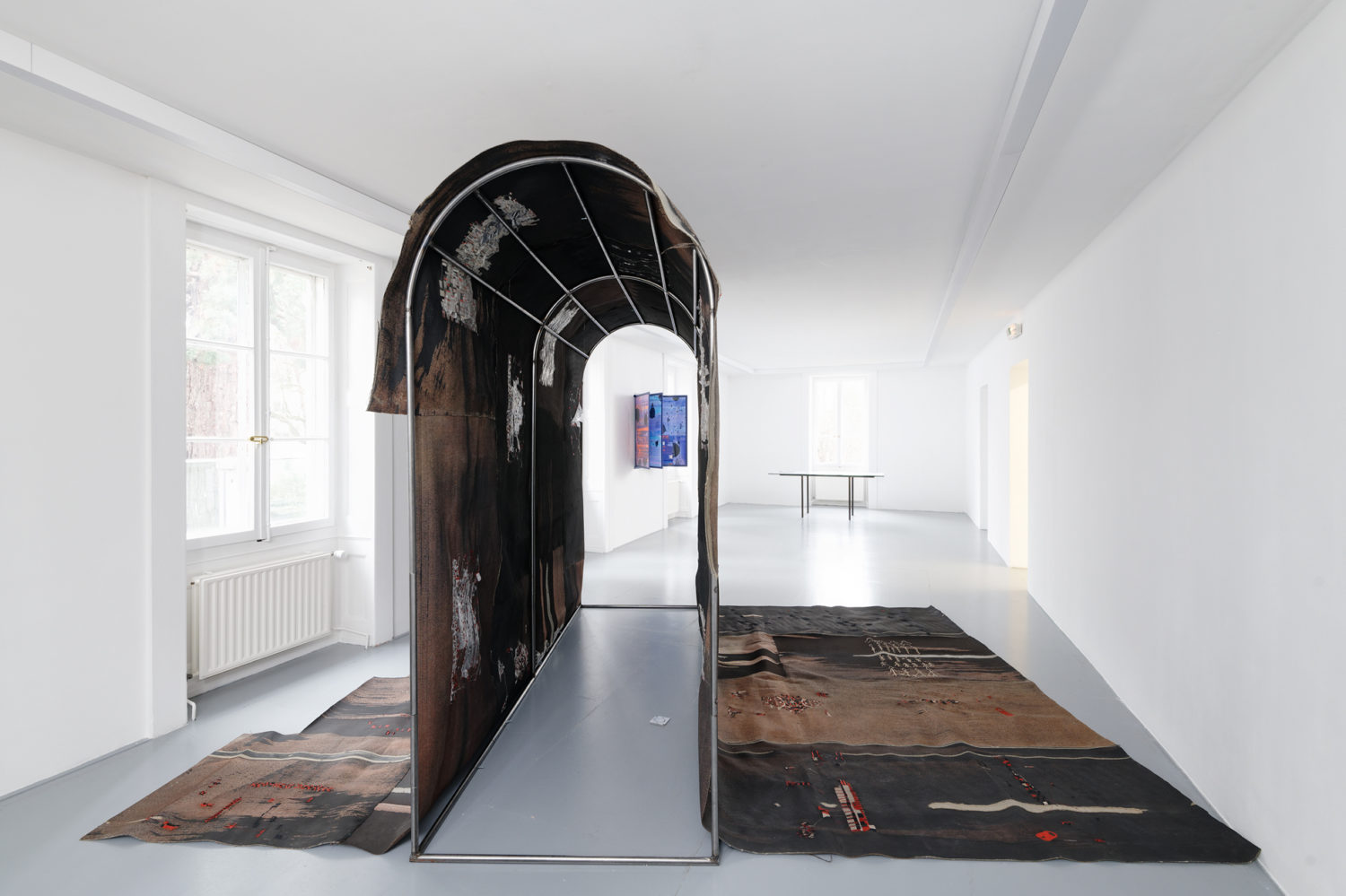 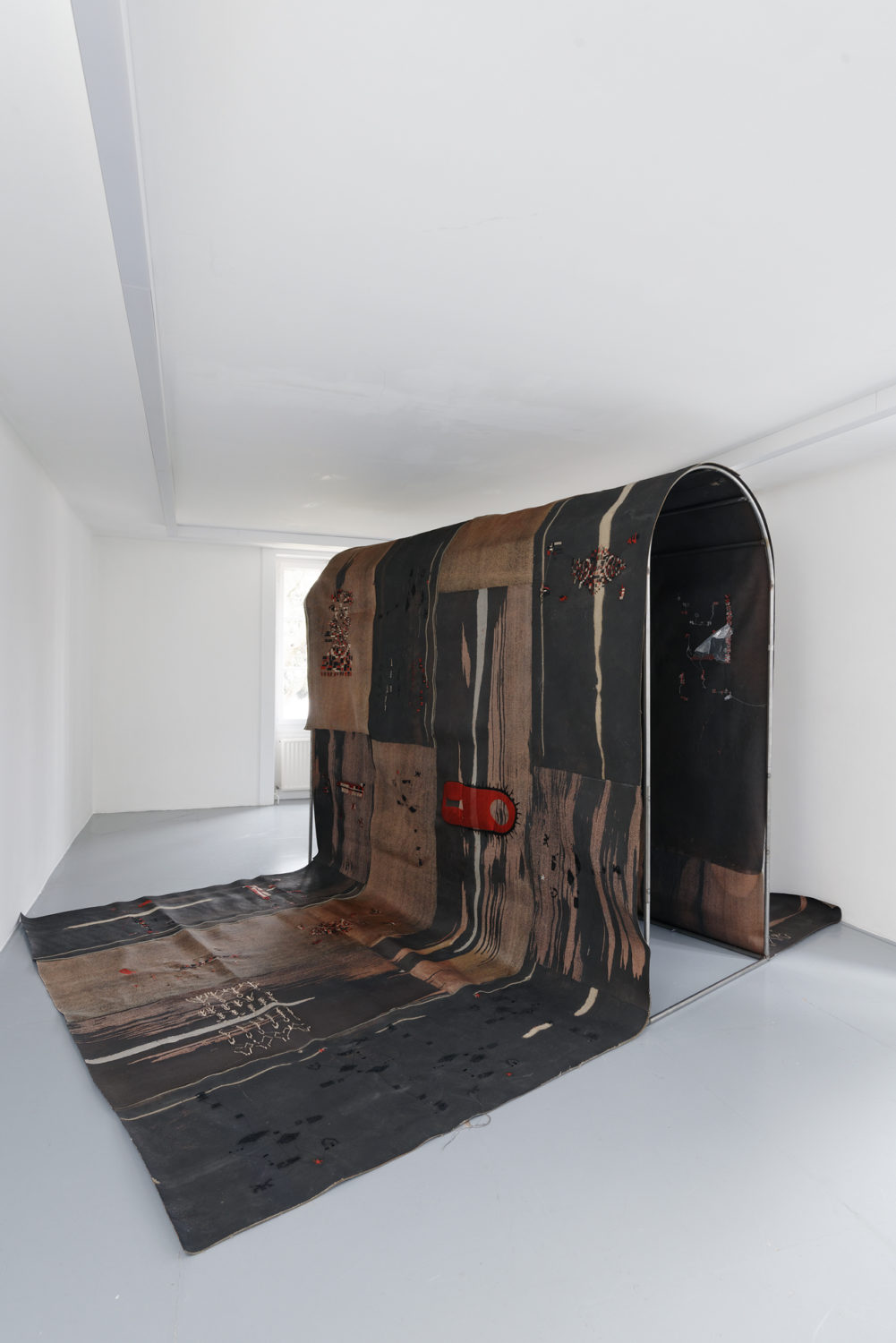 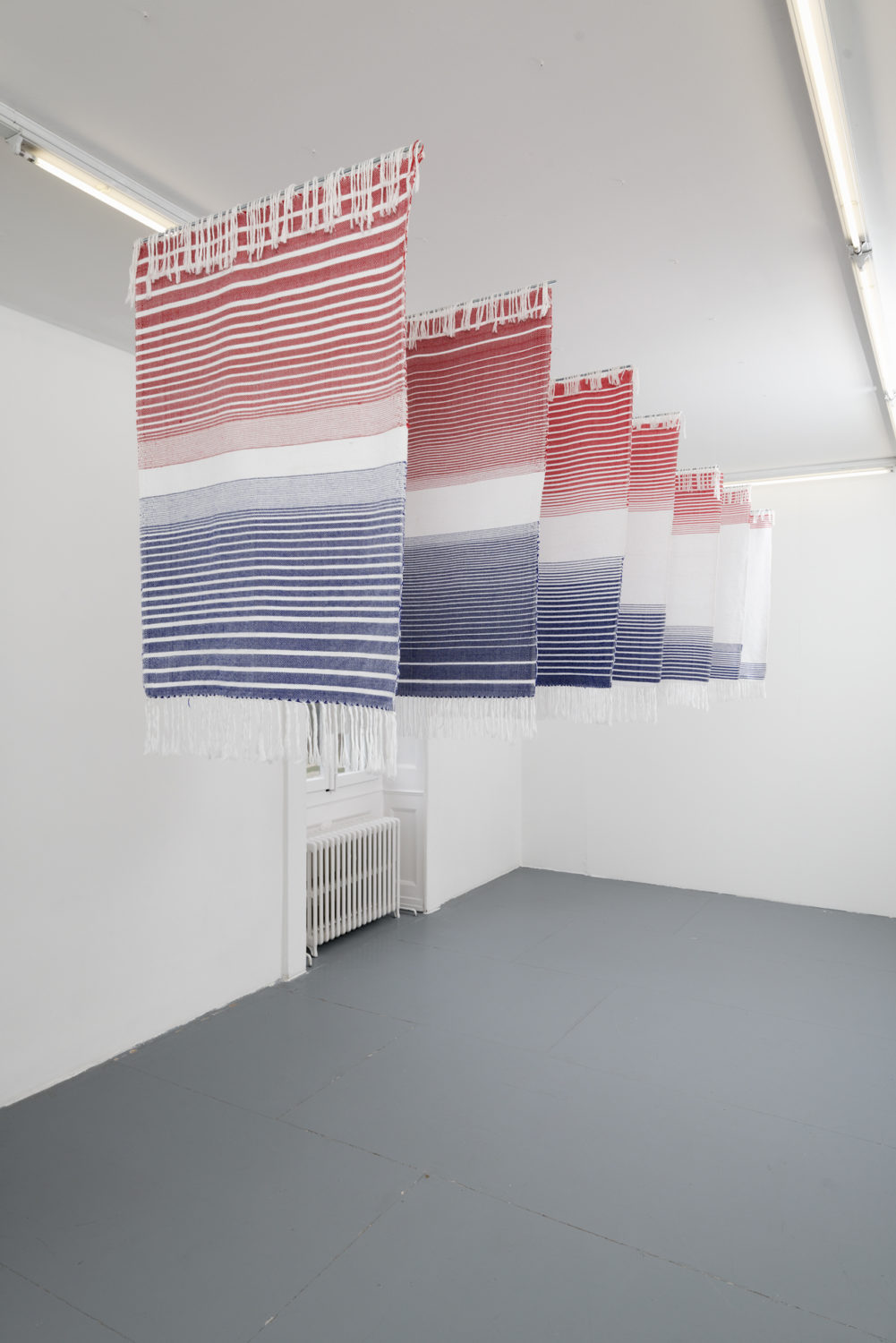 The DNA of Le Cube as a place for experimentation in the formats and contemporary practices of the visual arts in Morocco, the venue’s support for the emerging local scene, and its keen interest in questions of narrative, archives, and images strongly resonate with the esthetic and social commitments of our contemporary art center in Annemasse. To open a window on the art scene in Morocco, La Villa du Parc has thus chosen to draw on the expertise and dynamism of a venue that is active in its own land. Le Cube has carte blanche to present a project that is as close a fit with its own commitments as possible while taking advantage of the possibilities that a shift of its vision abroad can offer.

The group show Quand je n’aurai plus de feuille, j’écrirai sur le blanc de l’œil (When I No Longer Have a Sheet of Paper, I Shall Write Upon the White of the Eye) features the artists M’Barek Bouhchichi, Abdessamad El Montassir, and Sara Ouhaddou, whose works highlight fundamental yet irrational narratives that circulate beneath the surface of artisanal and poetic practices in Morocco.

For several years now, writing history has been called into question by taking into consideration missing, elusive, or dismissed records which confuse and obscure our relationship to positions that were thought to be objective and unchangeable.

It is in this context and at this scale then that the exhibition Quand je n’aurai plus de feuille, j’écrirai sur le blanc de l’œil points us towards narratives that are hidden or considered marginal and their emancipating power in our contemporary societies. The show features three artists who are interested in the possibilities of craft practices and orality, practices that transmit, beyond ornamentation and celebration, messages and narratives that are fundamental to their communities. If knowledge and its context are both overshadowed by historiographical forms that are more readily admitted and lost in the production lines of thought, Bouhchichi, El Montassir, and Ouhaddou offer to return to these ancestral expressions of knowledge and scratch the surface in order to plunge us into the cracks that are opened in this way in the narratives and contexts they convey.

The works featured in the show then echo different contexts and regions in Morocco.

The installations of M’Barek Bouhchichi focus on the skills and practices of craftsmen and women of the land whose gestures are perpetuated in the resilience of new systematized and serialized industrial processes. More specifically, it’s the question of Black Moroccans’ place in today’s society that the artist addresses through his projects. These are produced by working with potters, blacksmiths, artisans working in copper and brass, and goldsmiths to point up both their status and the specifics of their expertise and craftsmanship.

Sara Ouhaddou works with craftsmen in several regions of Morocco and mounts collaborative projects in which gestures and techniques are shaken up, questioned, and delved into, inviting all of us to reconsider the codes of their own practices and the narratives they carry with them. Her projects constitute genuine meeting points where each of the craftsmen and Ouhaddou can meet, and where the final form of the work takes shape over the course of their working together. At the same time but on a different scale, through her projects and the exchanges they create, Ouhaddou raises the question of the economy and autonomy of these workers.

Abdessamad El Montassir bases his work on poems that are transmitted orally in the Sahara of southern Morocco and nonhuman knowledge (of plants and landscapes) in order to build narratives that indirectly deal with the silence of history. His films and sound and visual installations speak of the knowledge and both what is forgotten and what does not get transmitted from the history of the region. The artist respects the right to forget that is claimed by the old people there while considering the possible future traumatic events imagined by his contemporaries.

Thus, through a long-term process, the artworks of M’Barek Bouhchichi, Abdessamad El Montassir, and Sara Ouhaddou featured in Quand je n’aurai plus de feuille, j’écrirai sur le blanc de l’œil, reveal the specifics of these skills and knowledge, which have come down to us over centuries yet are being constantly reinvented, teaching us in this way about current realities and trajectories.

Born in France in 1986, Sara Ouhaddou lives and works between France and Morocco.

Born into a Moroccan family living in France, Sara Ouhaddou possesses a dual culture that fashions her art practice like a continuous idiom.

She began her career as a designer for several luxury brands before developing a social and art practice that tackles the challenges that Moroccan craftsmen and women face. She questions the role art plays as a tool of economic, social, and cultural development, especially in the Arab world.

Sharing with us her questioning of the transformations her heritage has been undergoing, Ouhaddou fashions a tension between traditional Moroccan crafts and the codes of contemporary art with the aim of putting forgotten cultural realities in perspective.

Born in 1975 in Akka, M’Barek Bouhchichi lives and works in Tahanaout near Marrakech, where he teaches the visual arts.

M’Barek Bouhchichi uses painting, volume, drawing, and video to develop work on a tentative language based on exploring the limits between our inner discourse and its extensions to the outside, the now, and others. He locates his works at the crossroads of esthetic and social concerns, exploring fields of associations as possible ways of rewriting oneself.

Born in 1989 in Boujdour, Abdessamad El Montassir lives and works between Boujdour, Rabat, and Marseille.

Abdessamad El Montassir’s artwork is shaped around a trilogy, the right to forget, fictional and visceral narratives, and future trauma.

Generally in his work and research, the artist devises reflexive processes that invite the participants and viewers to rethink history and maps through collective or fictional narratives and nonmaterial archives. At the same time, his projects question traumatic events and their influence on individuals, their behaviors, and their socio-political developments, while deploying processes in which that trauma contributes to a historization.

El Montassir tackles these themes by considering the knowledge of identities that are not human – plants – in order to foster renewed ways of imagining our environment.