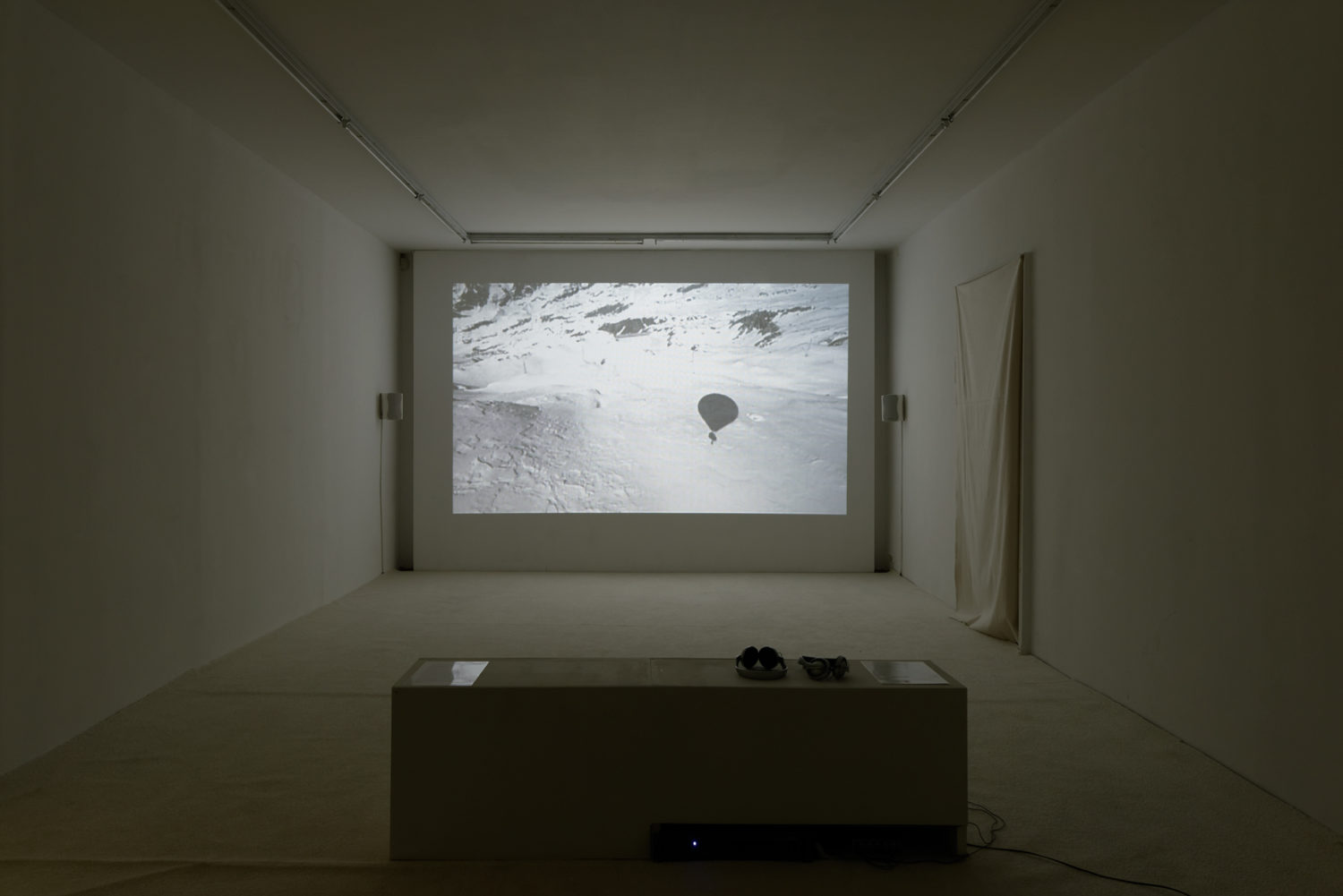 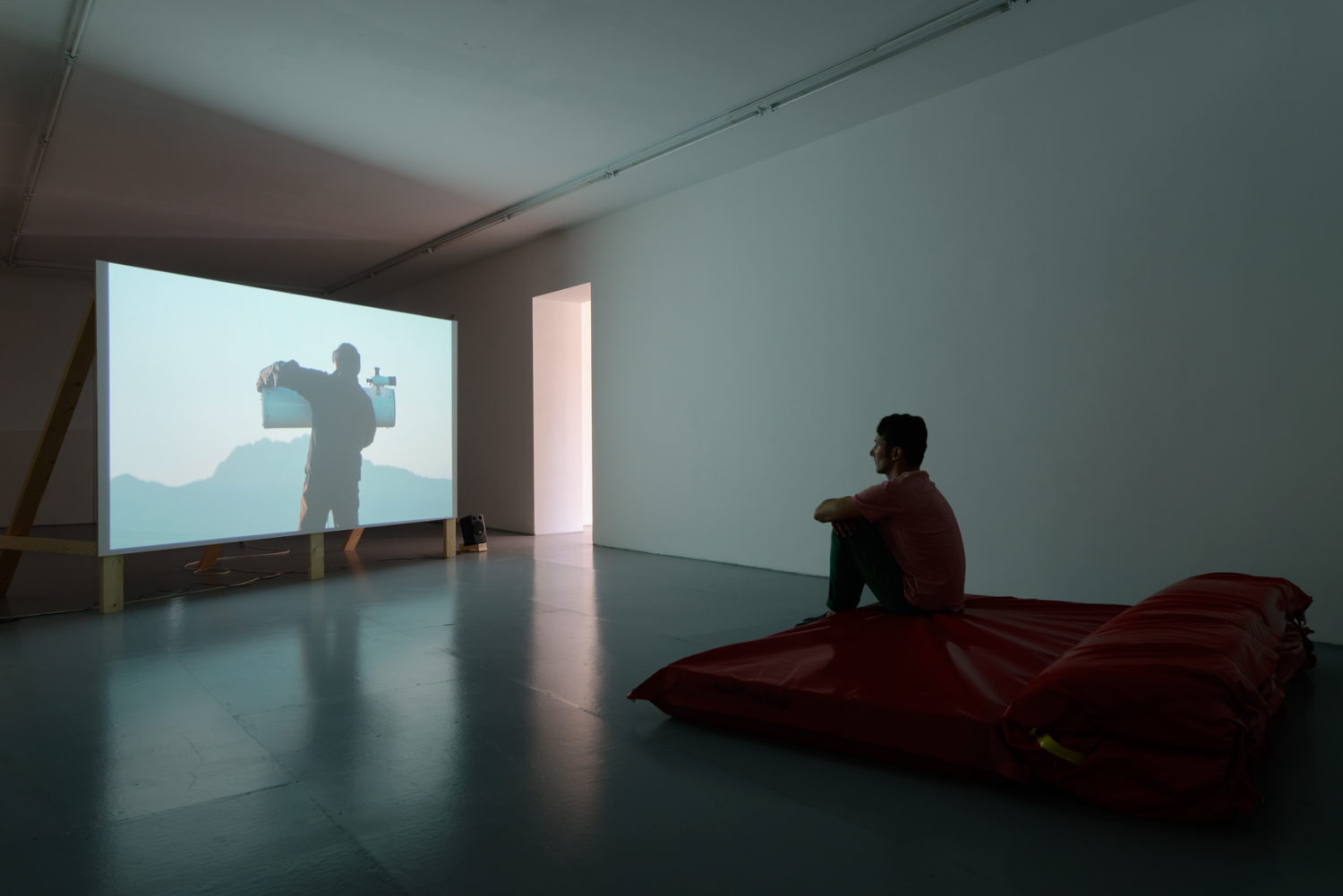 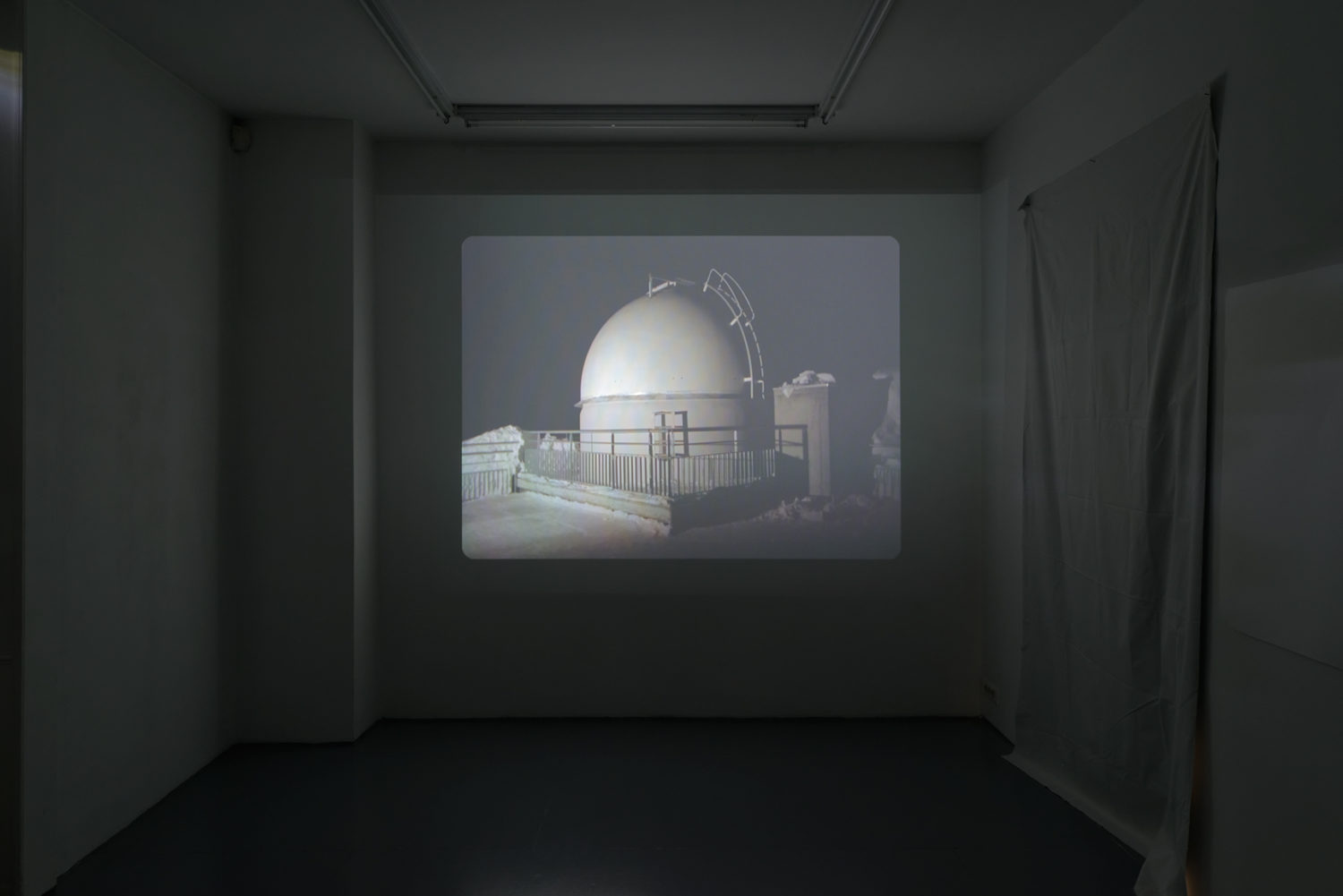 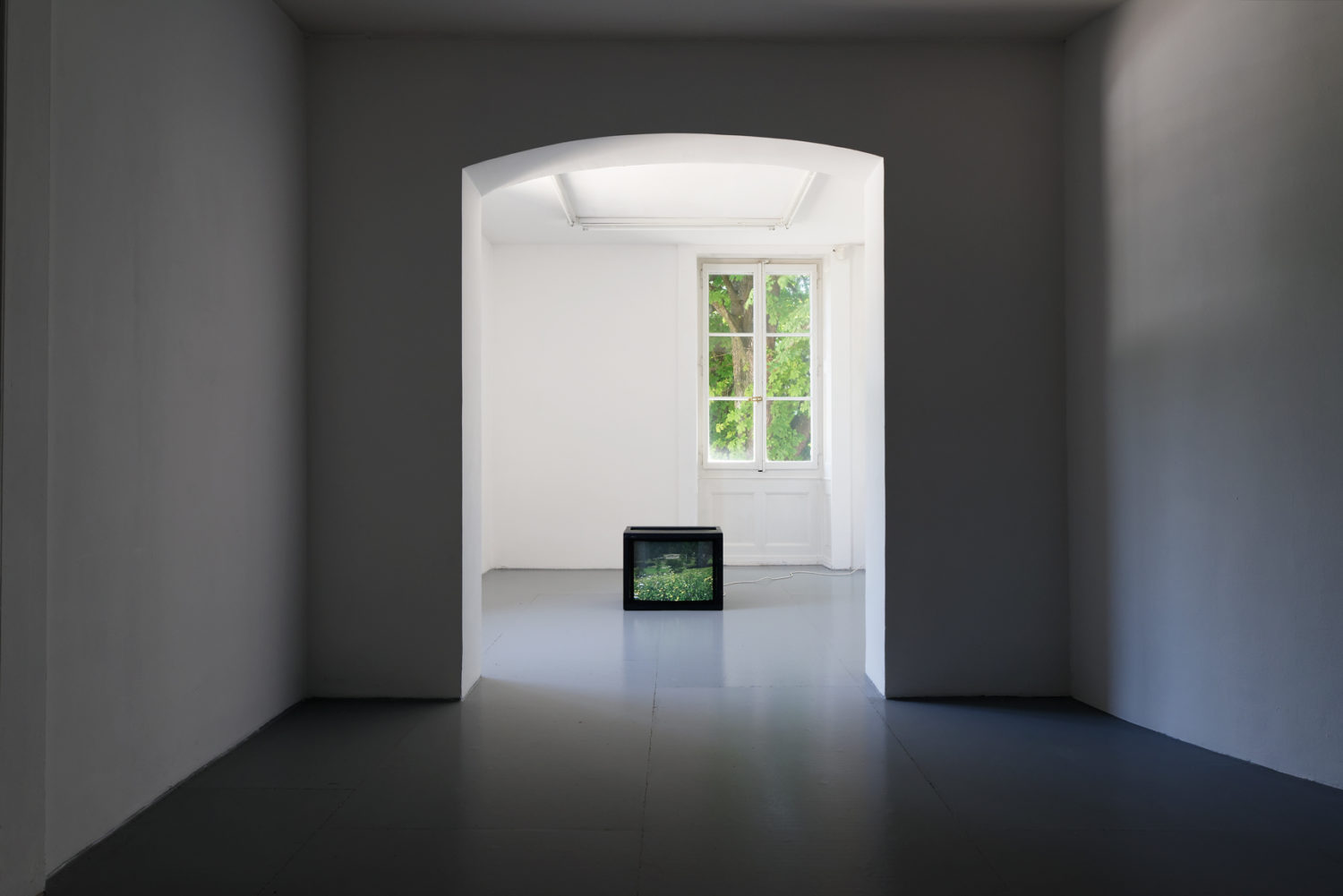 This summer the Villa du Parc continues its reflection on contemporary representations of mountains, inviting visitors to discover the video side of its Première étoile, dernier flocon show (First star, last snowflake) thanks to four films screening throughout the galleries of our contemporary-art space.
The artists brought together for this new chapter of the show question the conditions of knowledge about and possible views of mountains today, a territory that has been stamped for two centuries by heavy colonization from humans and technology. The technical and narrative devices adopted by these artists when they set themselves to filming mountains reveal a critical distancing vis-à-vis the supposed neutrality of the documentary. There are, for example, images shot with different models of camera, which certainly influence how we perceive a landscape (Gaëlle Boucand); a telescopic approach to the local community during the off-season at a mountain resort (Dorian Degoutte); or conversely the outmoded 16 mm-film view of a high-mountain observatory (Edouard Decam); and fiction around a final bit of reporting before the Alps are closed for good (Marine Hugonnier). Underlying each of these films are humans’ and the landscape’s mutual and inextricable involvement, the contrast of the two, and their reciprocal impact formally, ethically, and scientifically.

Marine Hugonnier’s The Last Tour (2004) is presented as a final trip through the Alps and the Matterhorn’s nature park before the final closing of these sites and their complete expunging from geographical maps. The images filmed and the various points of view that are adopted point us to cultural and visual representations of those landscapes (the Matterhorn and its most iconic face, the point of view from a balloon typical of the earliest aerial views in the 19th century, the close-ups of wild animals, etc.) and offer a growing number of metaphors that waver between the memory of the discovery and the current exhaustion (of images and landscapes). The Last Tour is part of a trilogy of films (Ariana, The Last Tour, Travelling Amazonia) that is devoted to a range of contexts and landscapes examined via specific visual aids and devices like the panorama, the tracking shot, and point of view.

Gaëlle Boucand’s Alpes (2010) is a contemplative film in which the camera wanders over the vegetation growing on one slope of an Alp, from the foot of the mountain at 500 meters all the way to the snow line, which lies above 3000 meters. Each level of vegetation, moreover, is filmed thanks to a different technology, with the artist making use of the five major video formats that have existed to date, viz., HD, DV, Digital8, HI8, and VHS.

Dorian Degoutte’s Le grand vide (2016), or The Great Void, was shot in Flaine during the off-season (mid-April to mid-June), when the resort is completely emptied of tourists. The handful of Flaine’s year-round inhabitants were filmed as they went about their daily activities (school children at play, pick-up games of football), which certain details render mysterious. Filming through an astronomical telescope and from above, for instance, heightens the feeling of observing from high overhead an isolated self-sufficient tribe engaged in rituals that are disturbingly odd.

In Volva (2016), Edouard Decam filmed the Pic du Midi observatory in Bigorre (the French Pyrenees), a high-altitude concrete structure located in an environment that is spared all sound and light pollution. For some twenty minutes the 16 mm film features a series mysterious mechanical gestures made by the telescope antenna as it probes a corner of the sky, whether nearby or unimaginably distant we cannot tell. The soundtrack, mixing sound recorded on site and radio broadcasts from some unknown source, amplifies this infinite, highly precise ballet from which the presence of humans seems to have entirely disappeared. Spatial and temporal dimensions are suspended, opening the scene up to interpretation and fiction.

Born in 1980, Gaëlle Boucand lives and works in Lisbon. Her practice focuses on making artist documentaries, which have won awards at festivals like FID Marseille and Pantin, and have screened at many international art institutions. Boucand’s films examine small communities that have formed around a practice of some sort or the trajectories of singular figures. She has just completed a trilogy of medium-length films devoted to an elderly Frenchman who is a tax refugee in Switzerland. The trilogy has been shown at a number of festivals, where it has been awarded a range of prizes.

Born in 1991, Dorian Degoutte lives and works in Annecy. A graduate of the Ecole Supérieure d’Art de l’Agglomération d’Annecy, he has made a number of films on daily activities and the rituals associated with them. He was an artist in residence at the Centre d’Art de Flaine for two months in 2016. His work has been shown at Arteppes and the Fondation Salomon in Annecy.

Born in 1978, Edouard Decam lives and works in Argut-Dessus in the Pyrenees and Barcelona. He holds degrees in architecture from the Ecole Nationale Supérieure d’Architecture et de Paysage in Bordeaux and the Faculty of Architecture and Urbanism of the Universidad de Chile in Santiago. His work focuses on the connections between art and science, notably scientific buildings and structures, their inner movement and the time-space questions they raise. In May 2017, Volva was awarded the Discovery Prize at the Loop Festival in Barcelona.

Born in 1968, Marine Hugonnier lives and works in London. A graduate of Fresnoy in 2000, she has had a number of solo shows, notably at FRAC Champagne-Ardenne, MAMCO in Geneva, and CAN, the Art Center of Neuchâtel. Hugonnier defines her approach to film and art as a politics of vision and an anthropology of images. She deals with both formal and ethical subjects at the border separating documentary and fiction.