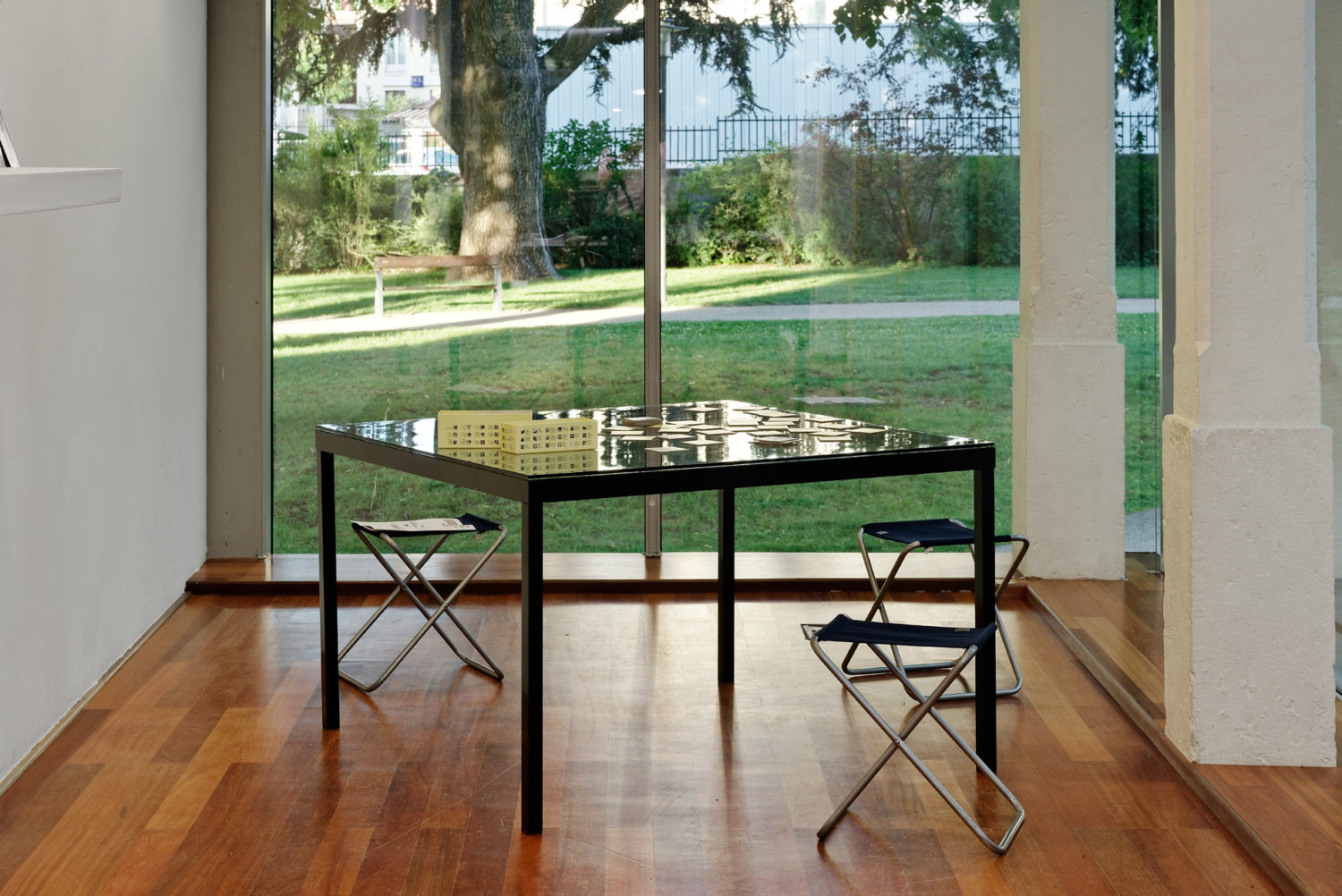 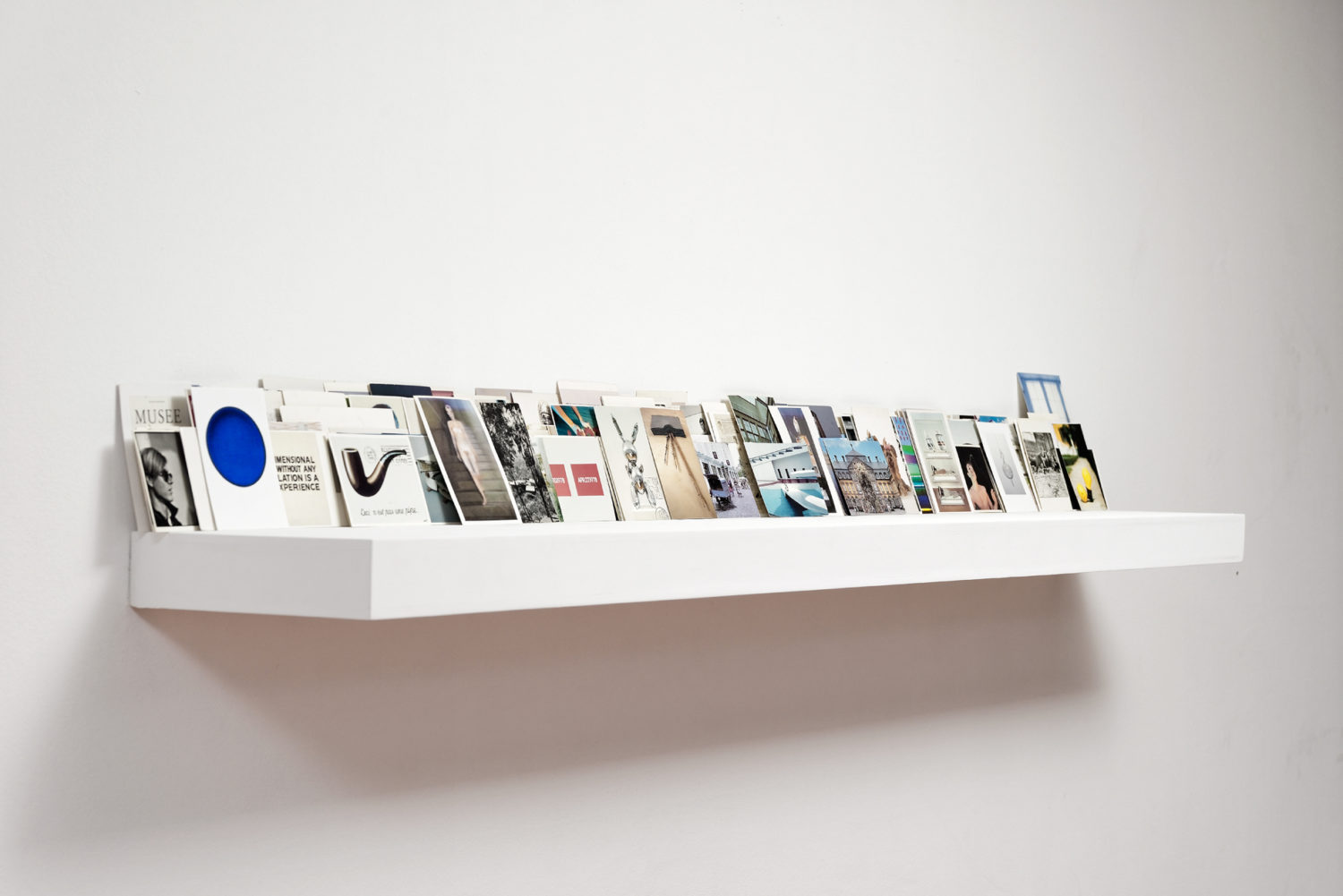 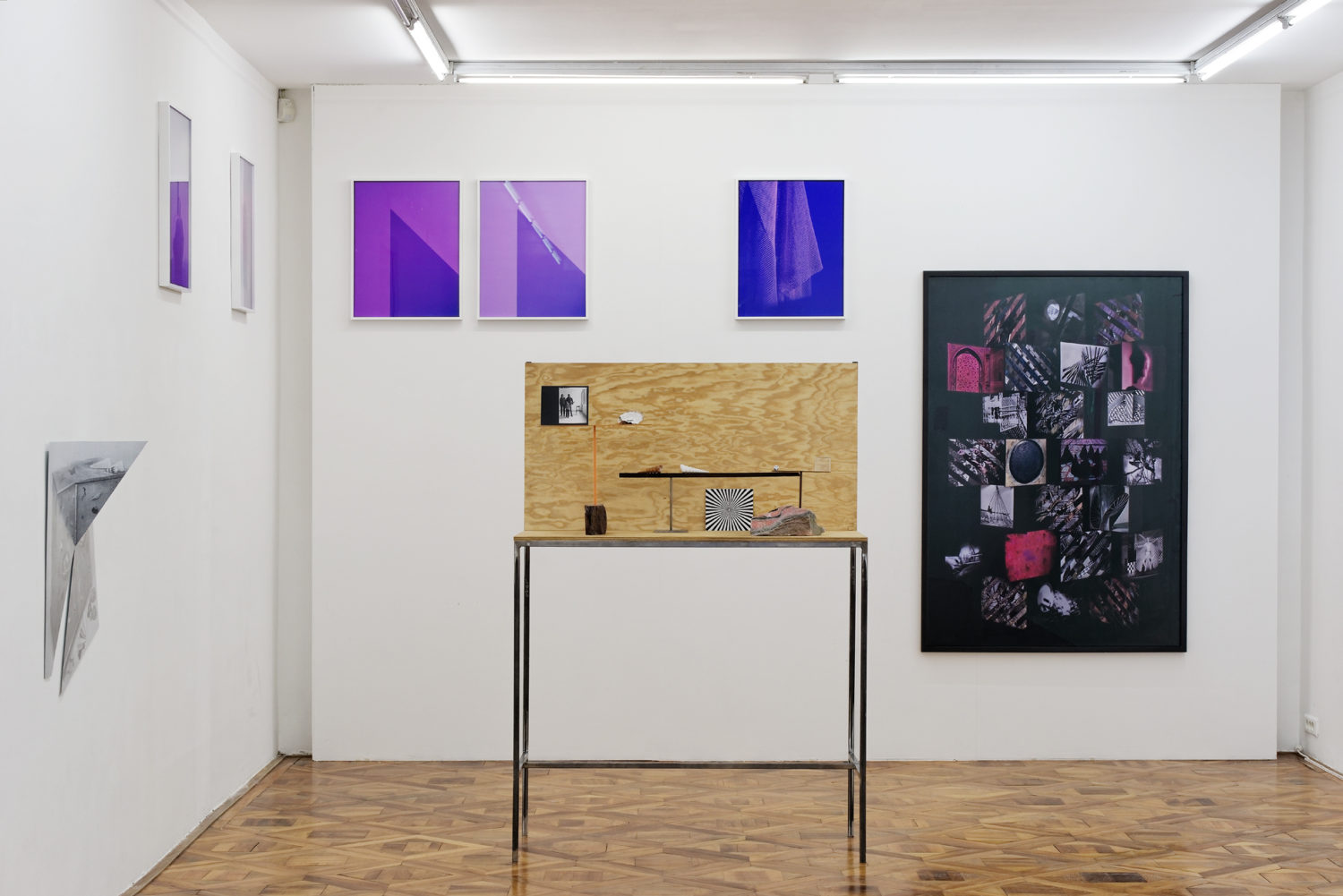 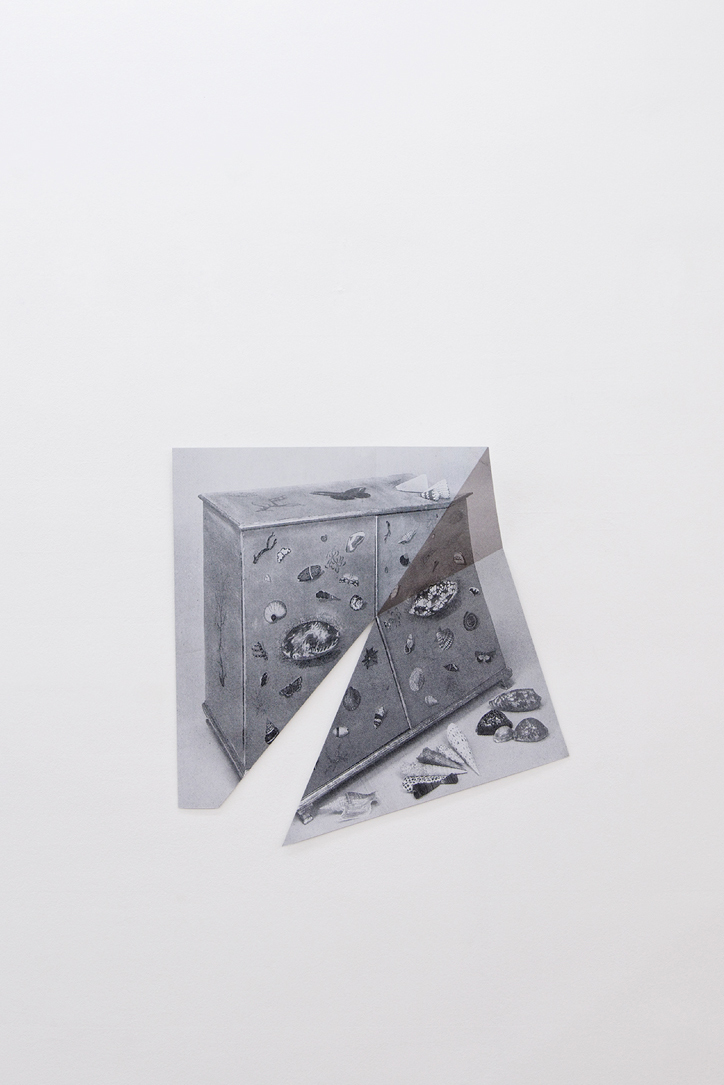 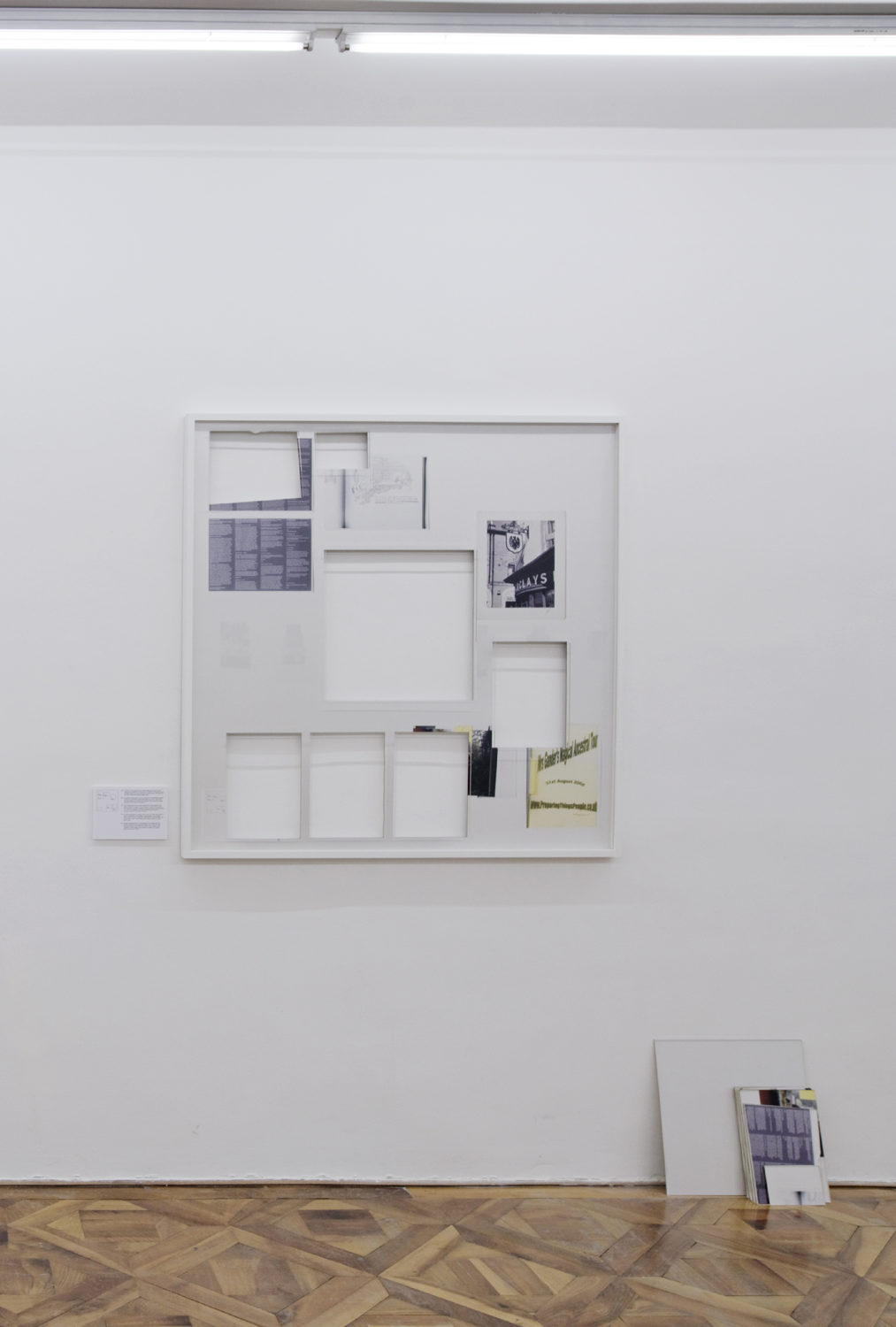 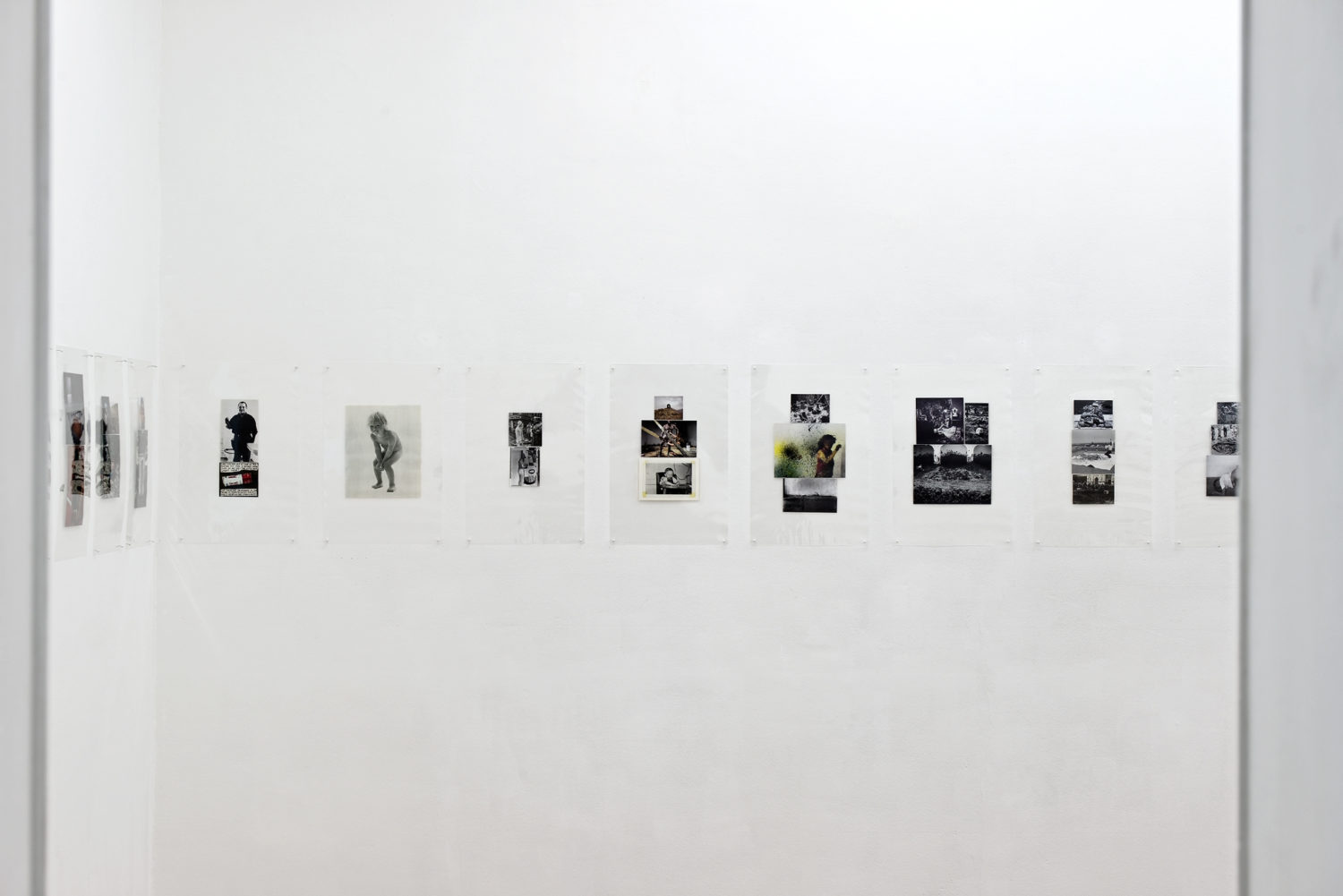 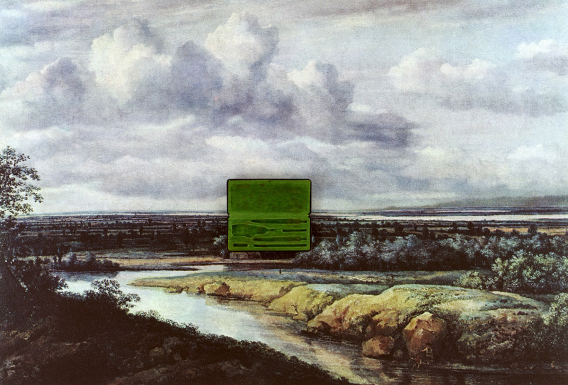 “These constellations are all false, but deliciously false! They have grouped together totally foreign stars in a single figure. Between real points, that is between stars that are isolated like diamond solitaires, the dream of constellations has drawn imaginary lines.” Gaston Bachelard, Air and Dreams

After collage, the archive, and appropriation, the Villa du Parc is devoting its summer exhibition to art practices that arrange images in constellations, images that are of different natures, provenances and periods. Appearing on the art scene in the first decade of this century, these practices are contemporaneous with the development of the internet, which has made an exponential access to images and a dehierarchized navigation possible thanks to search engines that reference and classify large bodies of information through keywords. And while similarities between the technological tool (used daily) and artmaking can be seen, the choice of images in these works springs from a sensitive, differentiating selection and approach. The artists situate certain images within a multitude of signs and work to lend meaning and form to their particular grouping. Thus, from the continuous flow of images they strive to transpose, use, redefine, and extract plastic, material, and often tangible forms that are specific to contemporary art (paintings, video, installation, etc.).
In astronomy, the constellation is a figure or shape that is scientifically worthless, although it does enable one to identify with greater ease certain stars from among millions of others. The system is particularly suited to describing those iconographic practices that both bring together by novel routes images that are quite remote at times, and make it possible to renew our perception of and interest in each one of them while offering an alternative to the usual modes for classifying things.

The constellation acts then like a way to teach the eye and play with images. It stresses visual recognition and memorization, and plays off the hidden meanings of the image and its material or historical features. It allows us to bring together two apparently foreign images by using a third.

The show presents works by artists who favor ways of working that are dynamic and varied thanks to associations of images.

In his Albums (2000 to the present; a thirteenth has been created for the current show), Luis Jacob brings together images that link up linearly, creating a language of the image with its own playful connections which suggest rhyme, tonality, and cat-in-the-hat-hats-off-to-her-heard-on-the-fly word chains. Games and memorization strategies are central to several works by Aurélien Froment, including La Table de rappel (Memory Table), a piece that is meant to be played and features 96 cards that work like a memory game, except that every card displays a different image and pairs can only be formed by an association that has to be dreamed up between two different images. In her early work, Sara VanderBeek made use of images collected in temporary assemblages which she would then photograph before putting the images back in play by arranging them in other configurations. Her current work, more abstract and pared down, retains a trace of those associations of images from different cultures and artistic traditions. Taking as his starting point Loose Associations, lectures that were constructed around digressions and the loose associations suggested by the title between scientific, historical and biographical discourses, Ryan Gander has produced a series of paintings called Associative Templates, in which the images we expect are fragmentary, missing, or shifted around. Alexandra Leykauf displays a hybrid interest in reproduction and architecture, and in her artwork she dreams up spaces that are common to both. In particular she has created a series of relief works on aluminum from old images that were themselves done according to optical rules and perspective adapted for the flat image. For several years now the irreverent conceptual artist and appropriationist Jonathan Monk has been sending postcards of works of art to his gallery; the resulting collection of images acts like the negative of a portrait of both the artist and the artworks that interest him and form the raw materials of his output. Finally, Benoit Maire situates his work within a hybrid approach somewhere between philosophy and art. He has recently begun developing his conjunctions, object-images that function like a wealth of relays for thinking and the development of ideas.