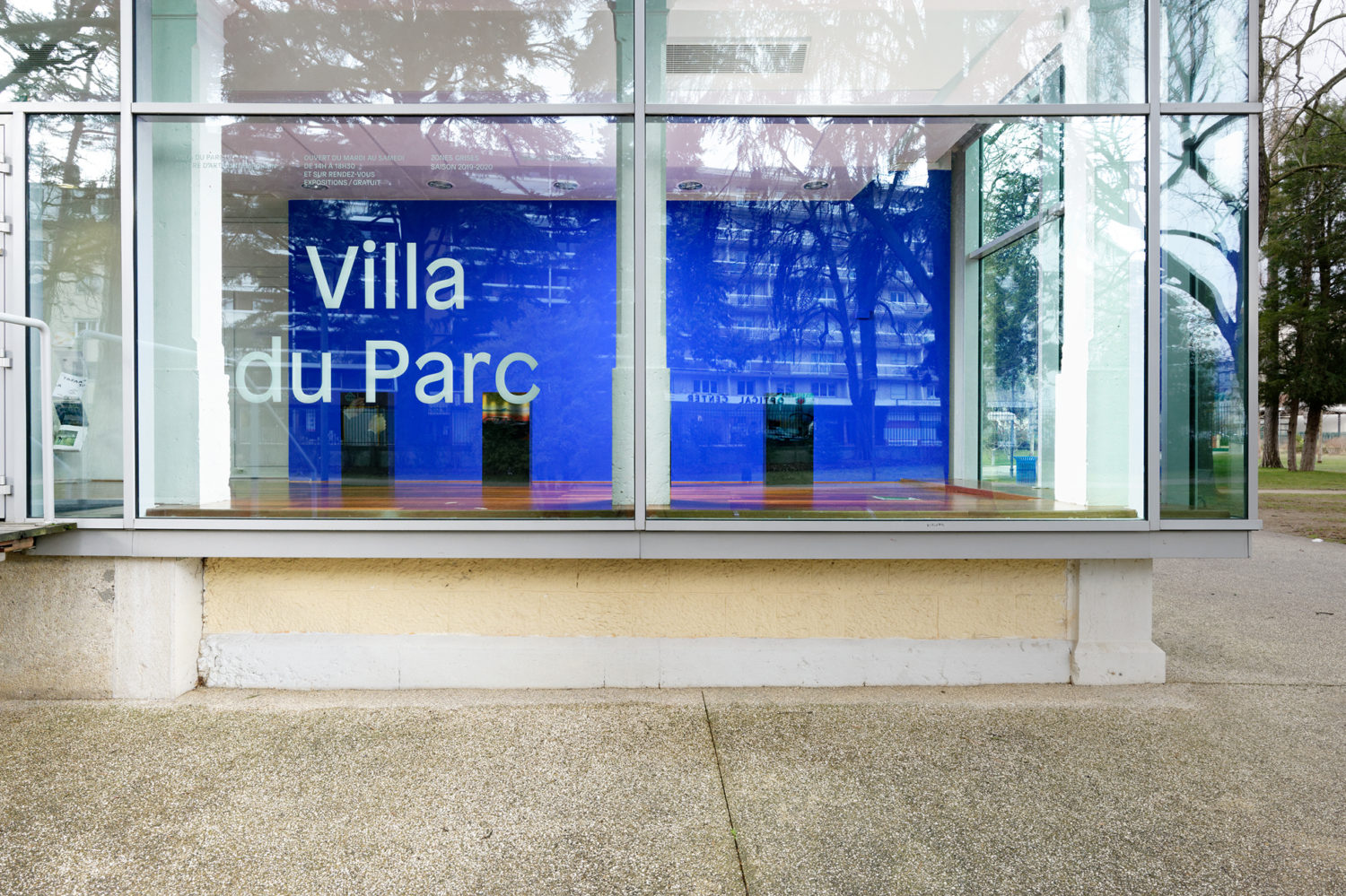 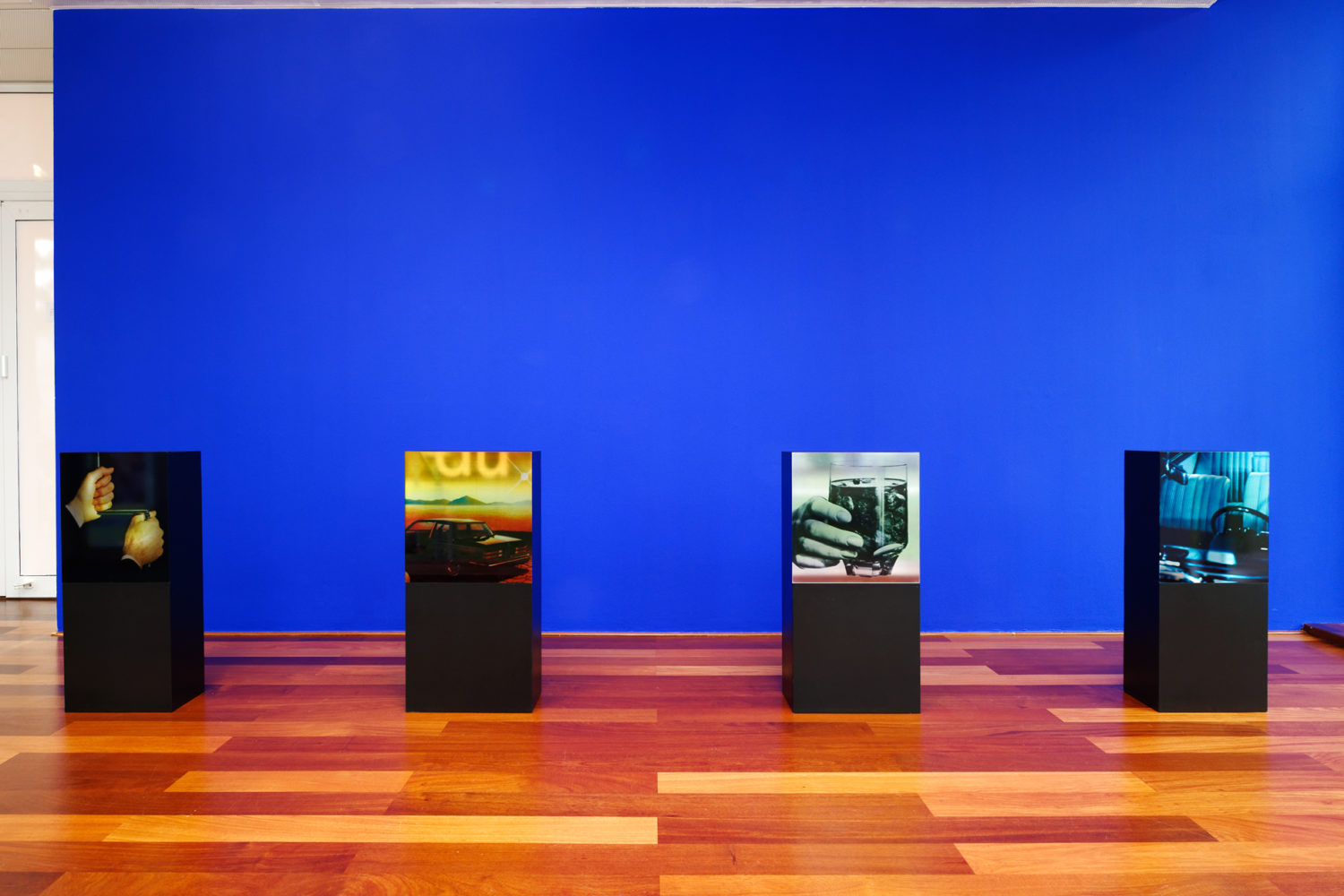 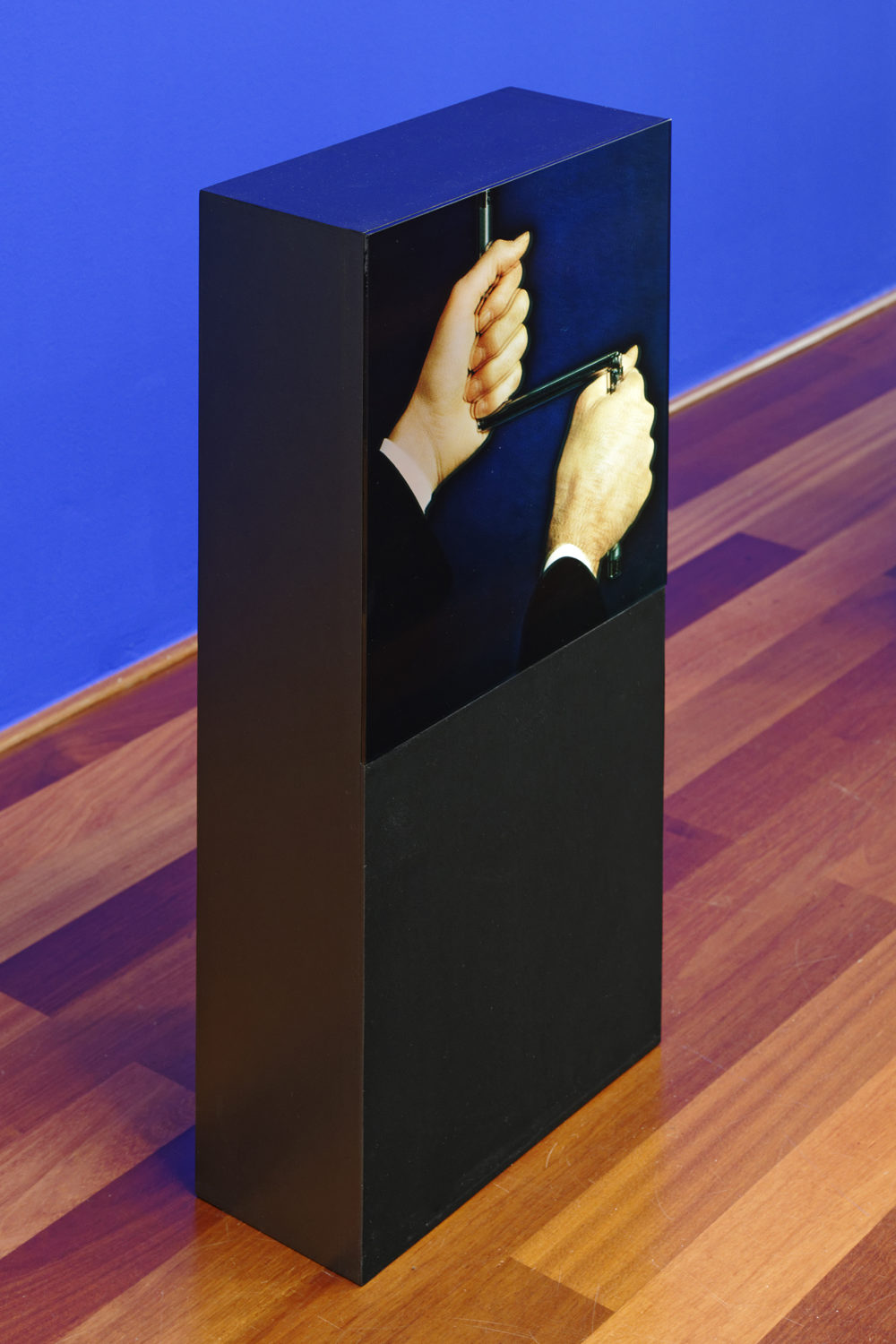 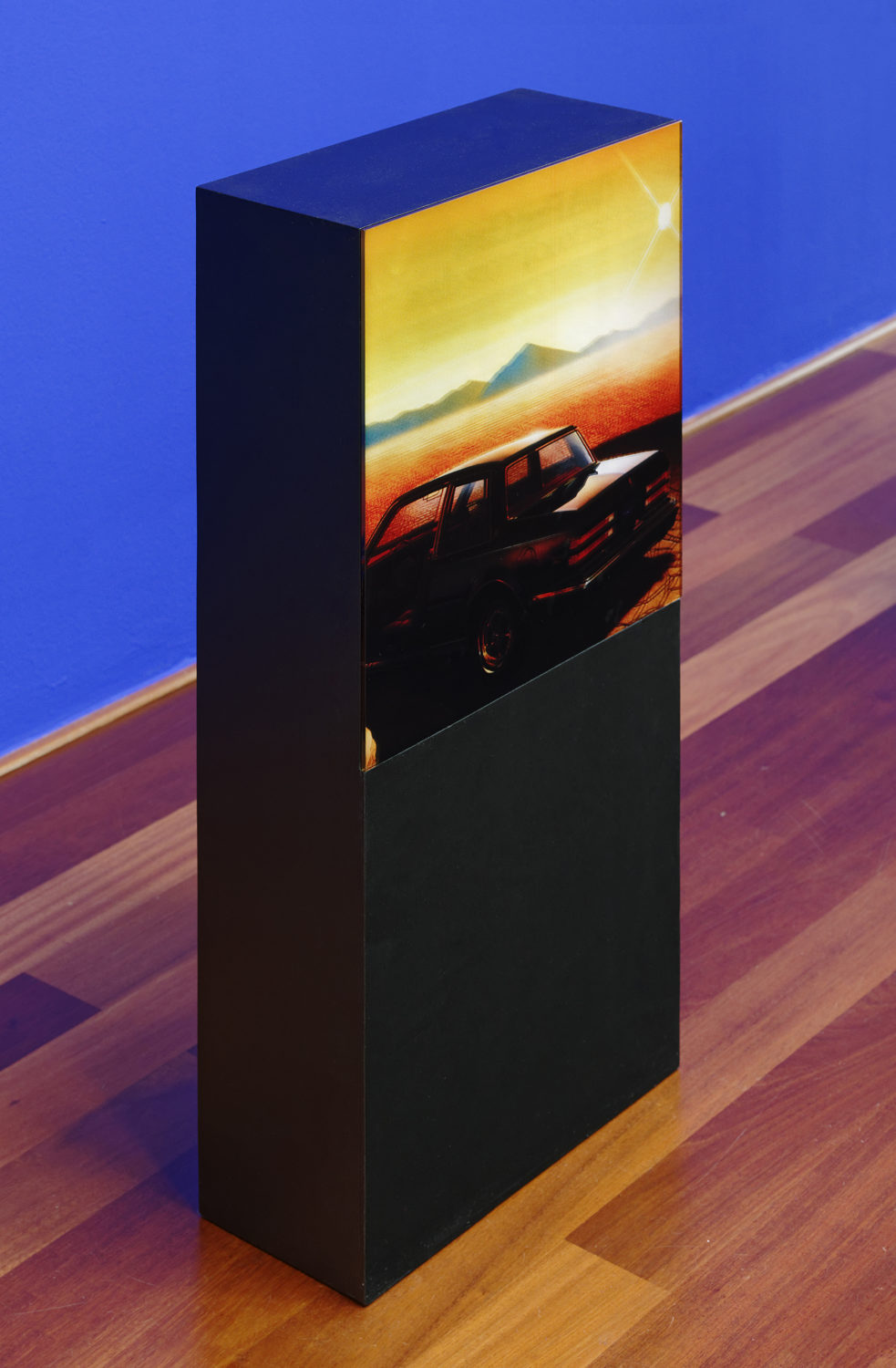 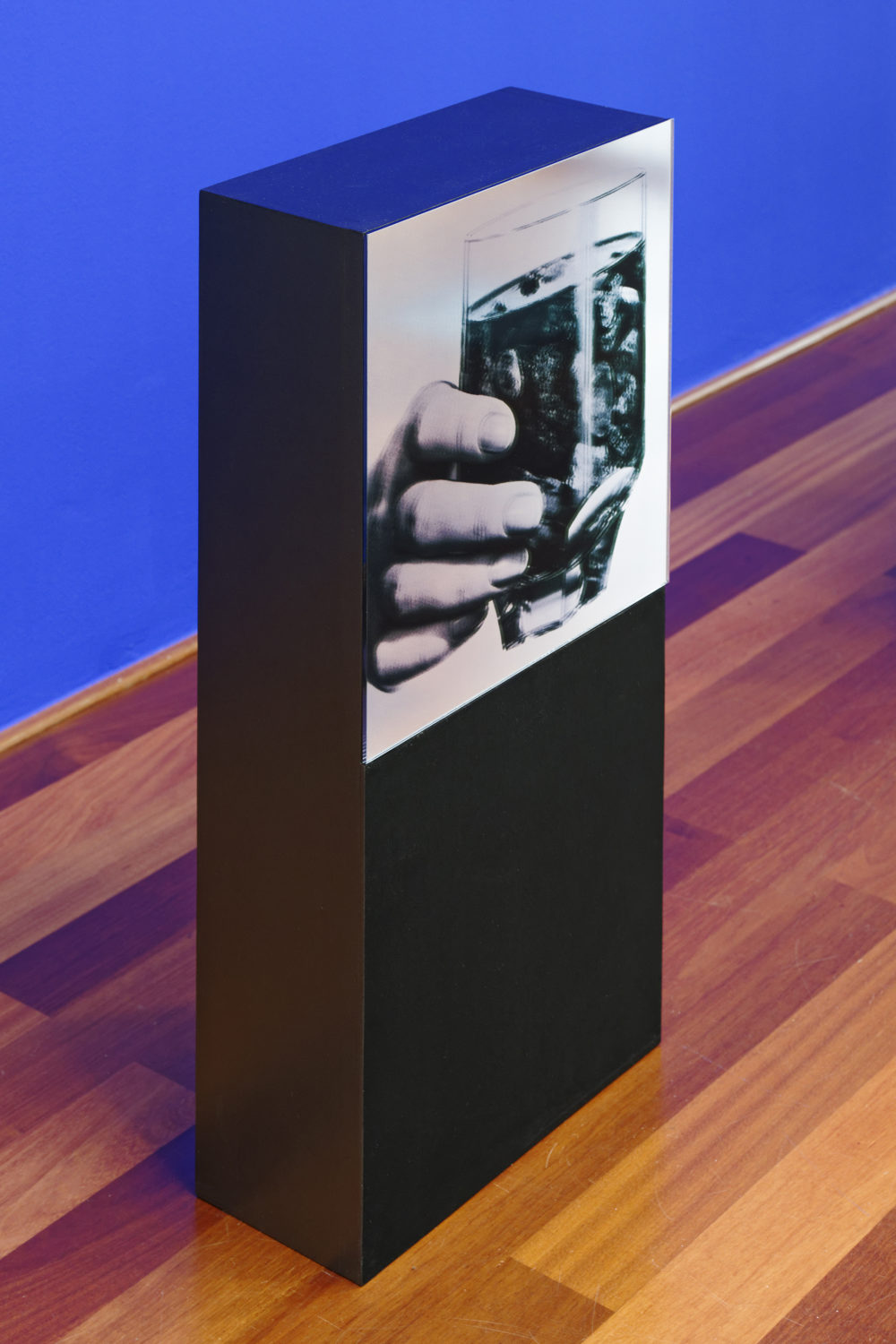 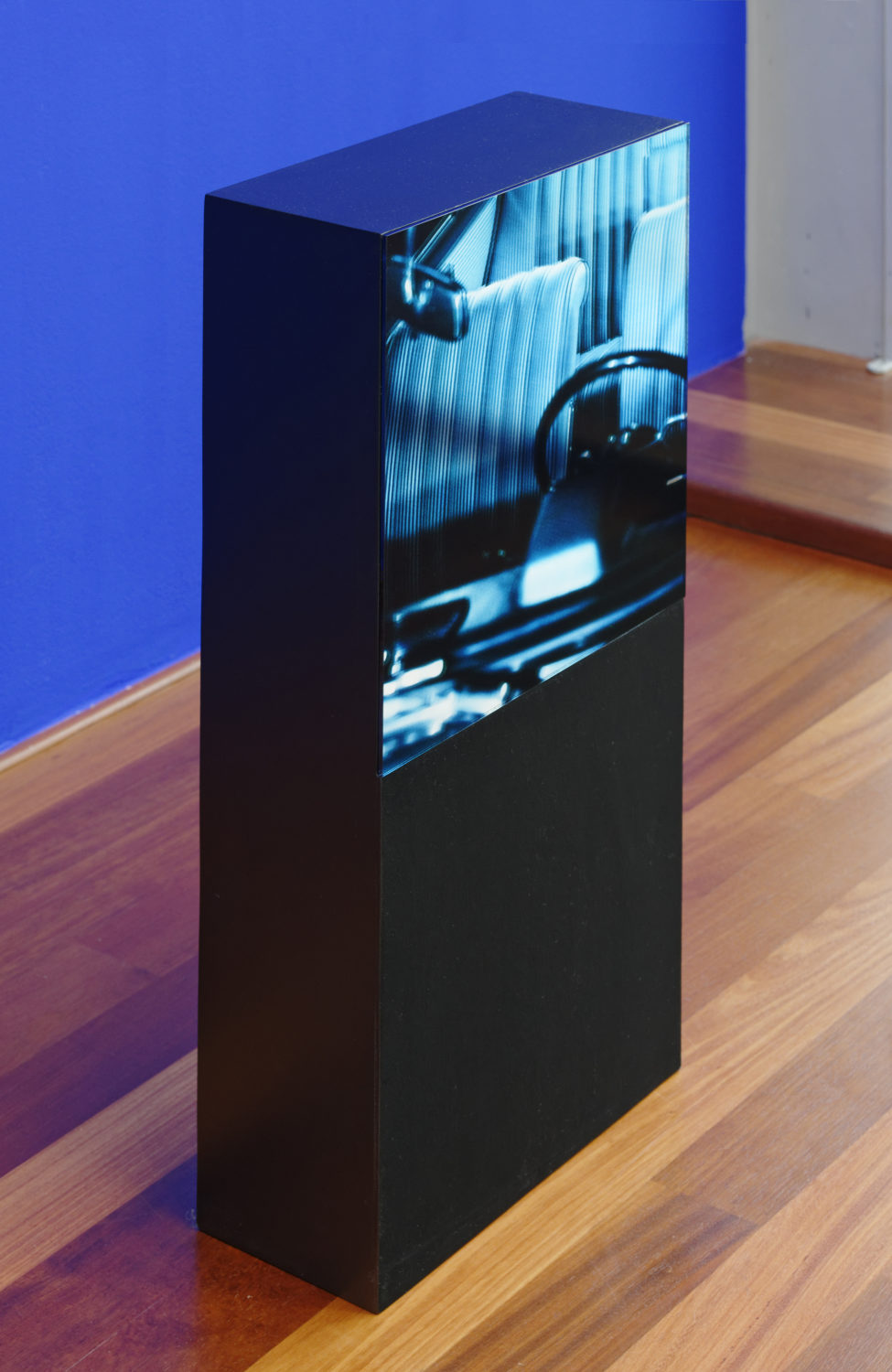 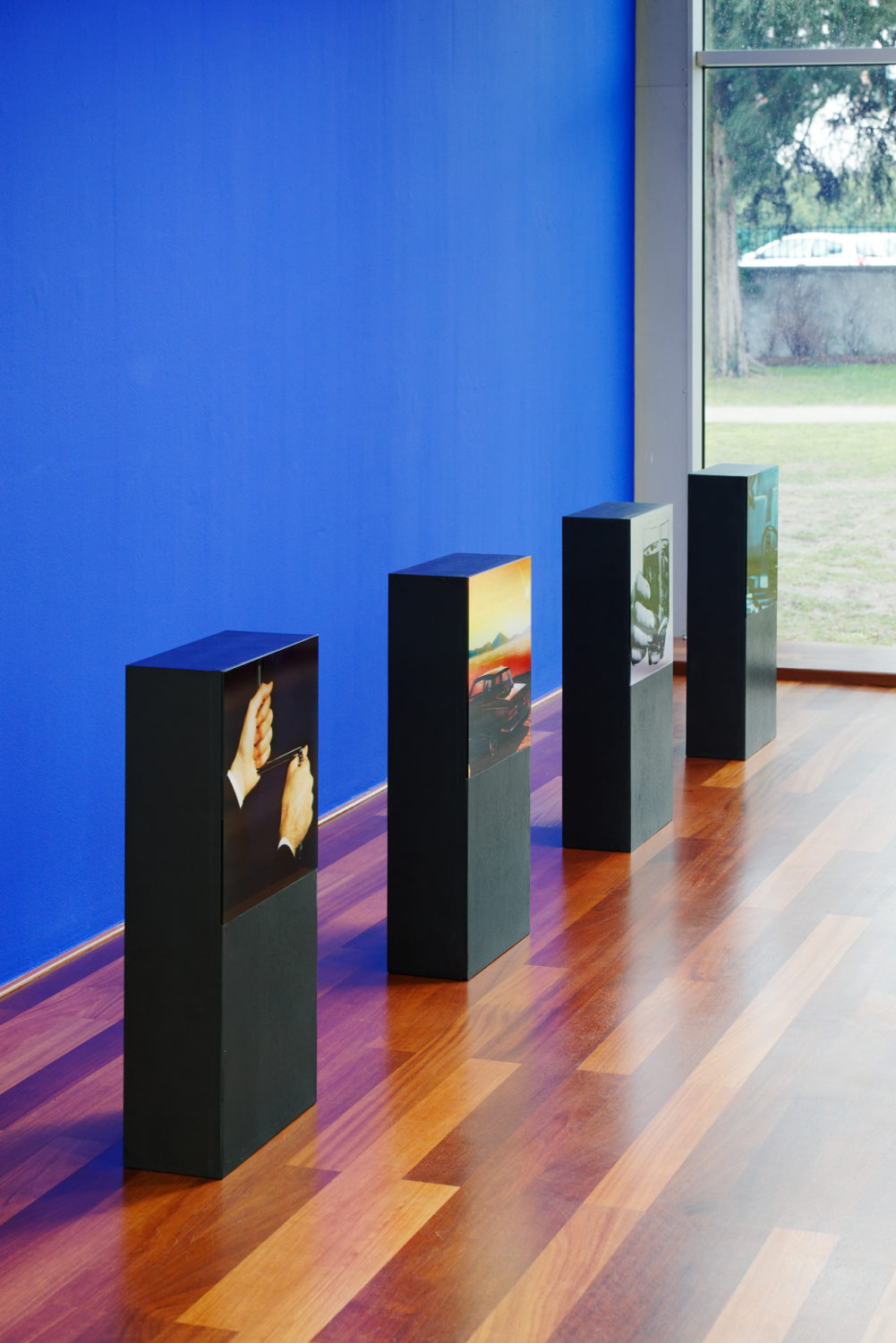 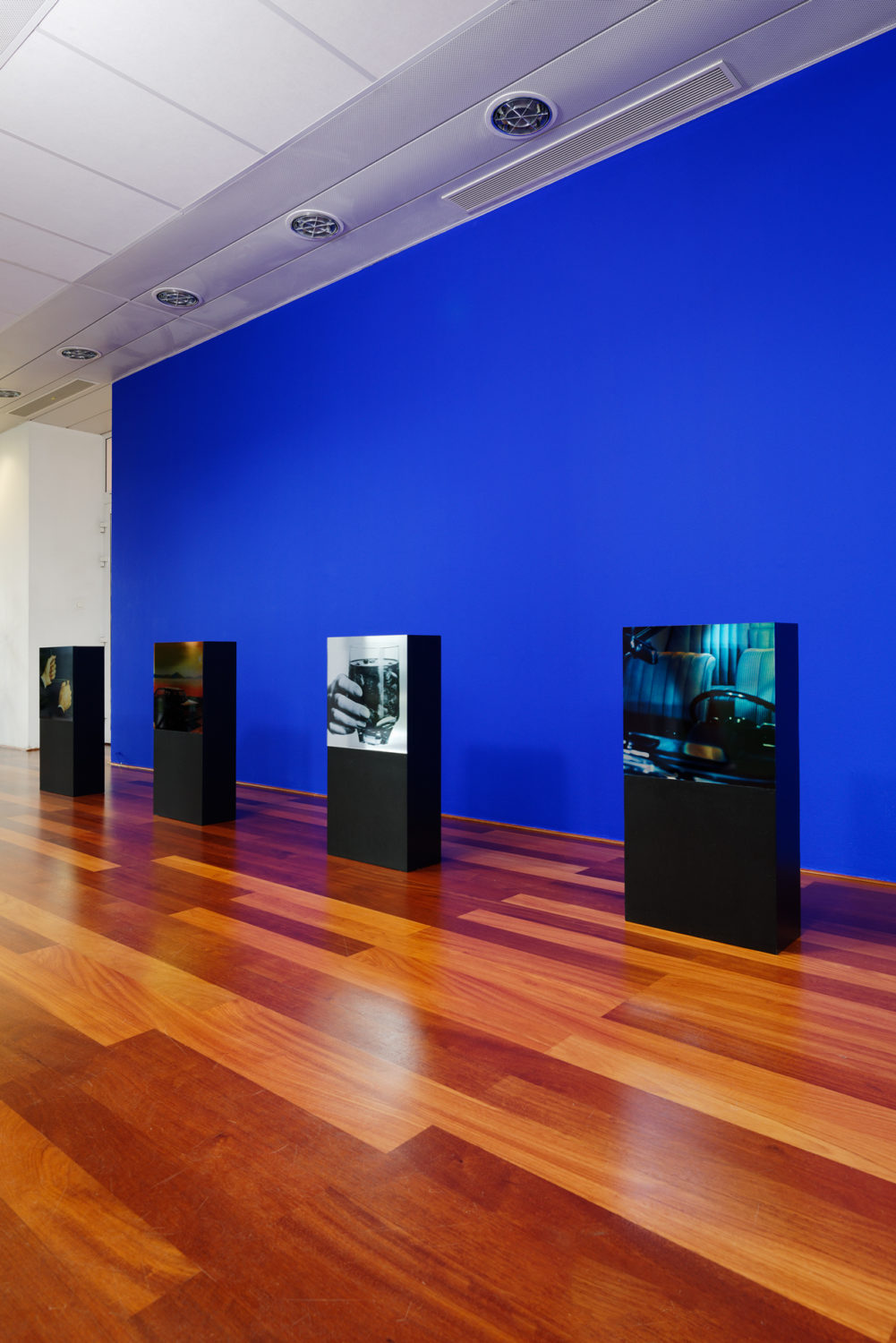 Ludovic Sauvage re-appropriates promising though clichéd images of idyllic landscapes and dream products or situations that circulated in the mass media of the last century. He tests their physical and retinal resistance at a time of digital dematerialization and the iconic exhaustion of utopias.

Often gleaned from back issues of magazines going back years, these images, which were and are meant to have a short lifespan and to be consumed immediately, have been spared oblivion by the gesture of collecting, which Sauvage carries out as an iconographer. In his installations, the artist offers the images new perspectives by sounding their material depth and heightening the support’s reactions through a range of different introspective manipulations. Posters cut into strips, slides projected until their film is worn down to nothing, images printed on mirrors that render them ghostly, these allow the artist to reveal the organic condition of the material – its fragility, durability, evanescence, etc., beyond representation’s indications of splendor, are a mirage that has partly vanished. In such intermediary states in which signified and signifier are given equal footing on a level plane, these artificial commercial images tip over into the dreamlike and the ambivalent. The oddity and uncanniness of the lighting and sculptural objects that serve as their setting when displayed add to the perceptual misalignment and the difficulty of placing ourselves timewise when facing these representations.

Ludovic Sauvage is presenting a new multipart installation in the veranda of La Villa du Parc. The installation comprises four small black modules which incorporate details of images on the surface of blackened mirrors, composing a mysterious decorative narrative. The piece is titled Corporate Poetry and subtly echoes the particularities of this welcoming glass-lined showcase of a space, which opens onto the outside park, its tinted window filtering the incoming daylight.

Born in 1985 in Aix-en-Provence, lives and works in Paris.

Graduated from Villa Arson in Nice in 2007, he develops a practice centered on the very nature of images and the relationships they have with space and time. He presented his works in several solo shows : in 2015 at Glassbox in Paris and in 2018 at Sessions, artist run space in Marseille. His last solo show Daytime TV, happened in May 2019 in the art center Les Bains-Douches in Alençon.