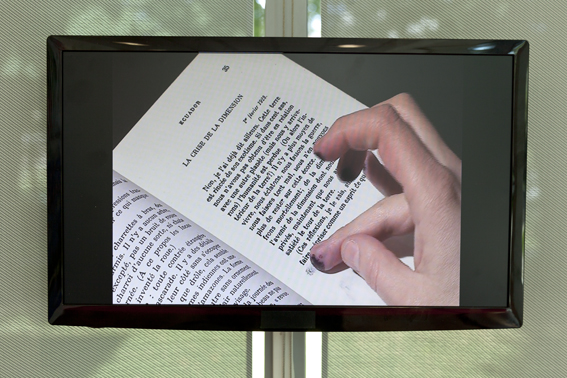 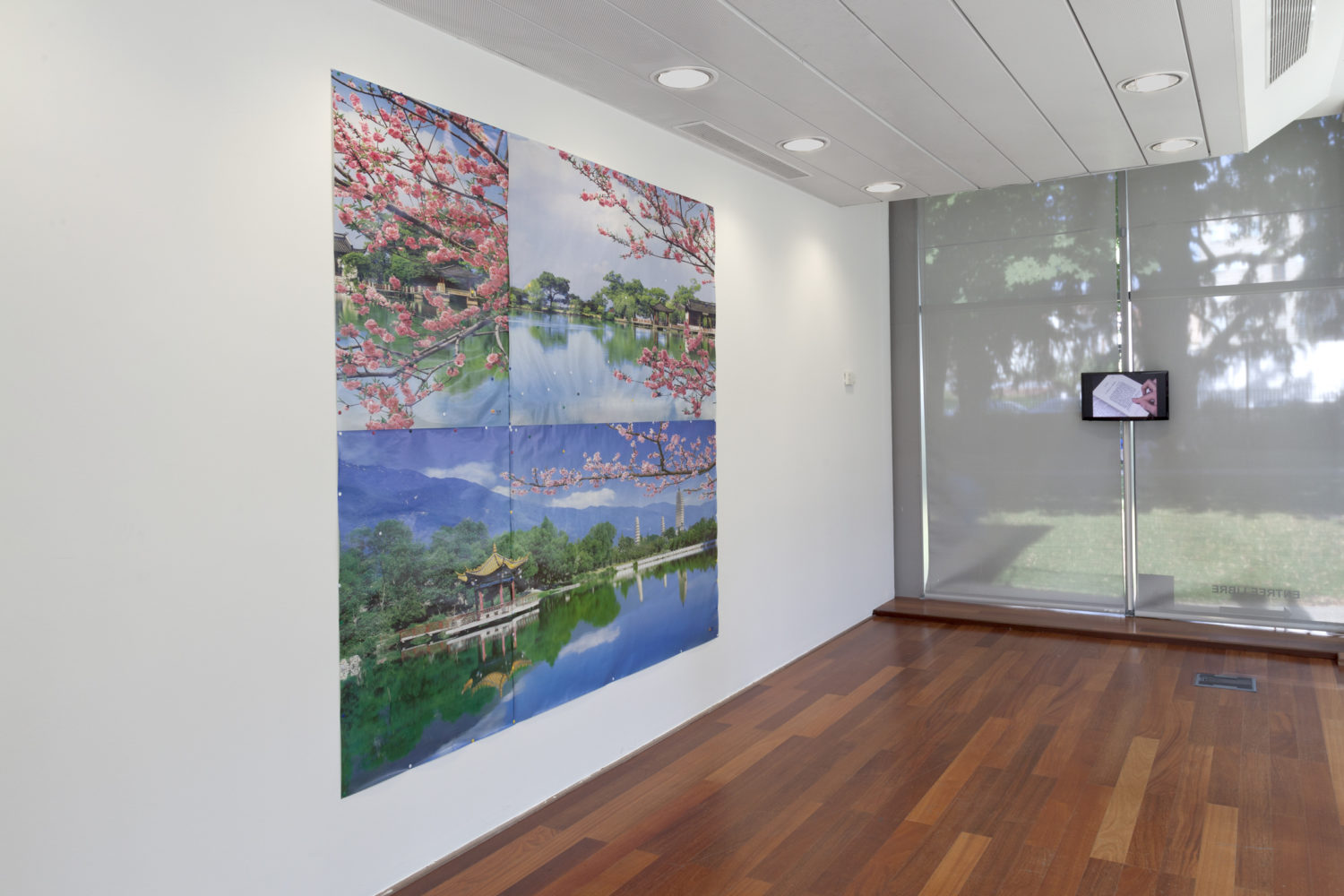 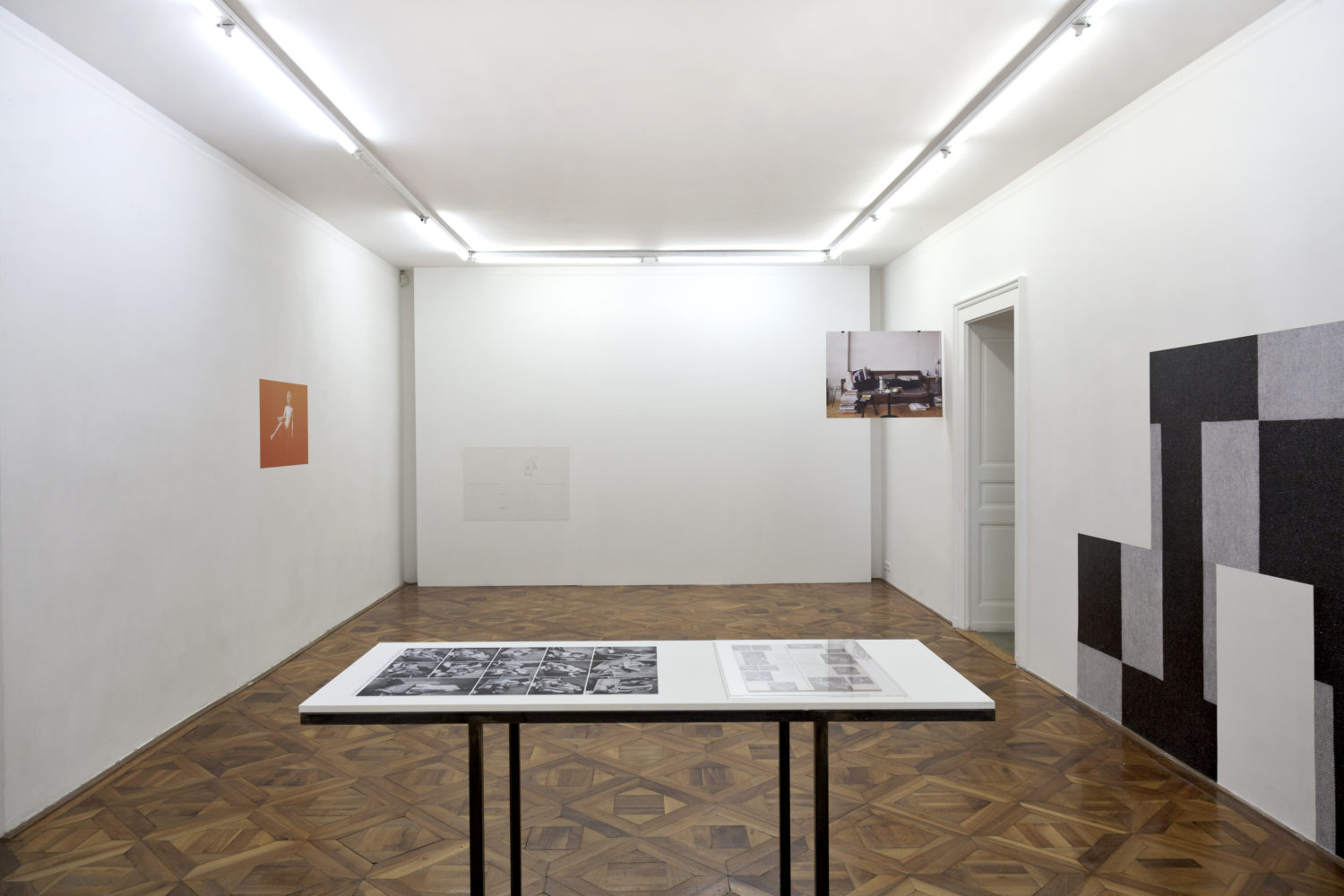 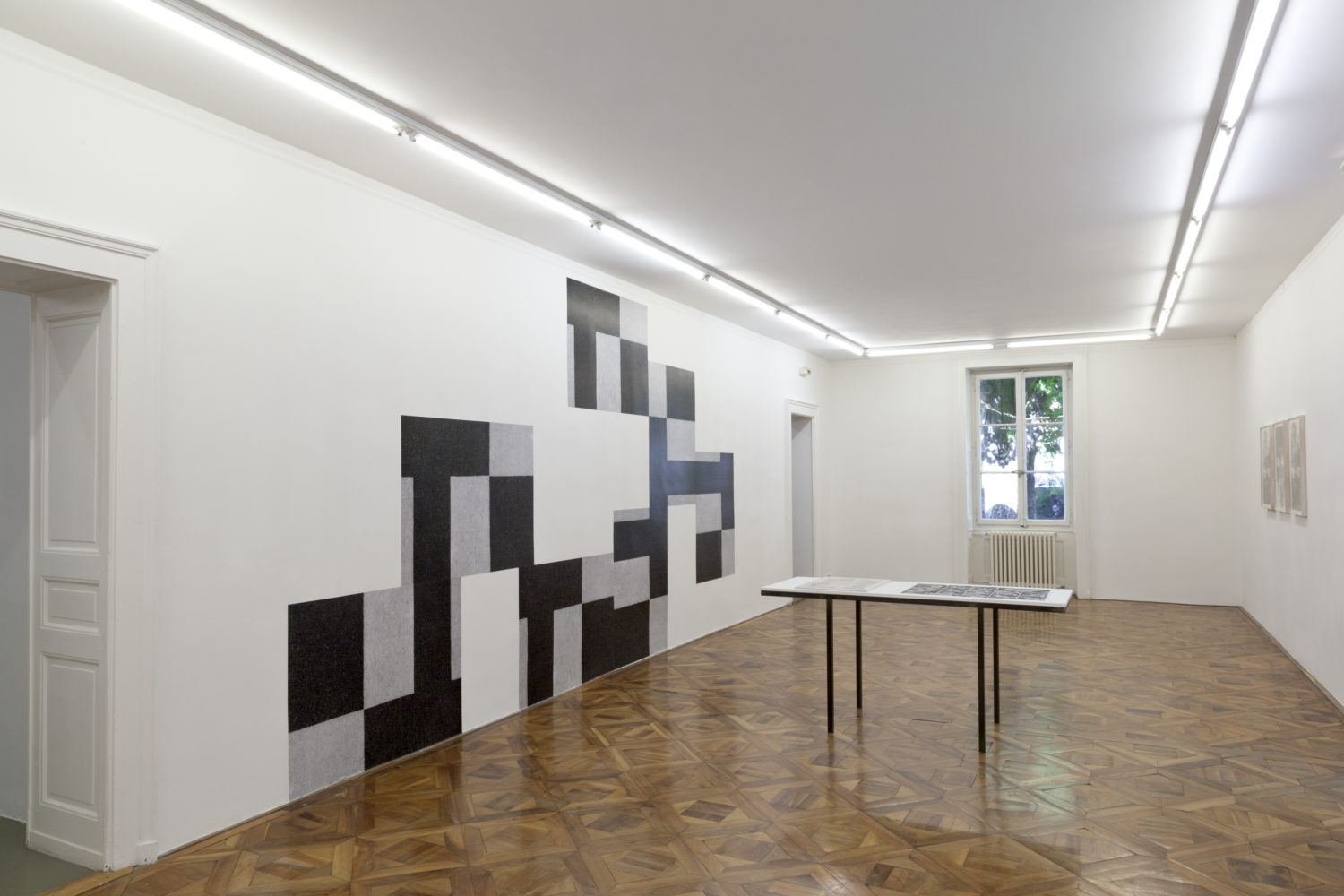 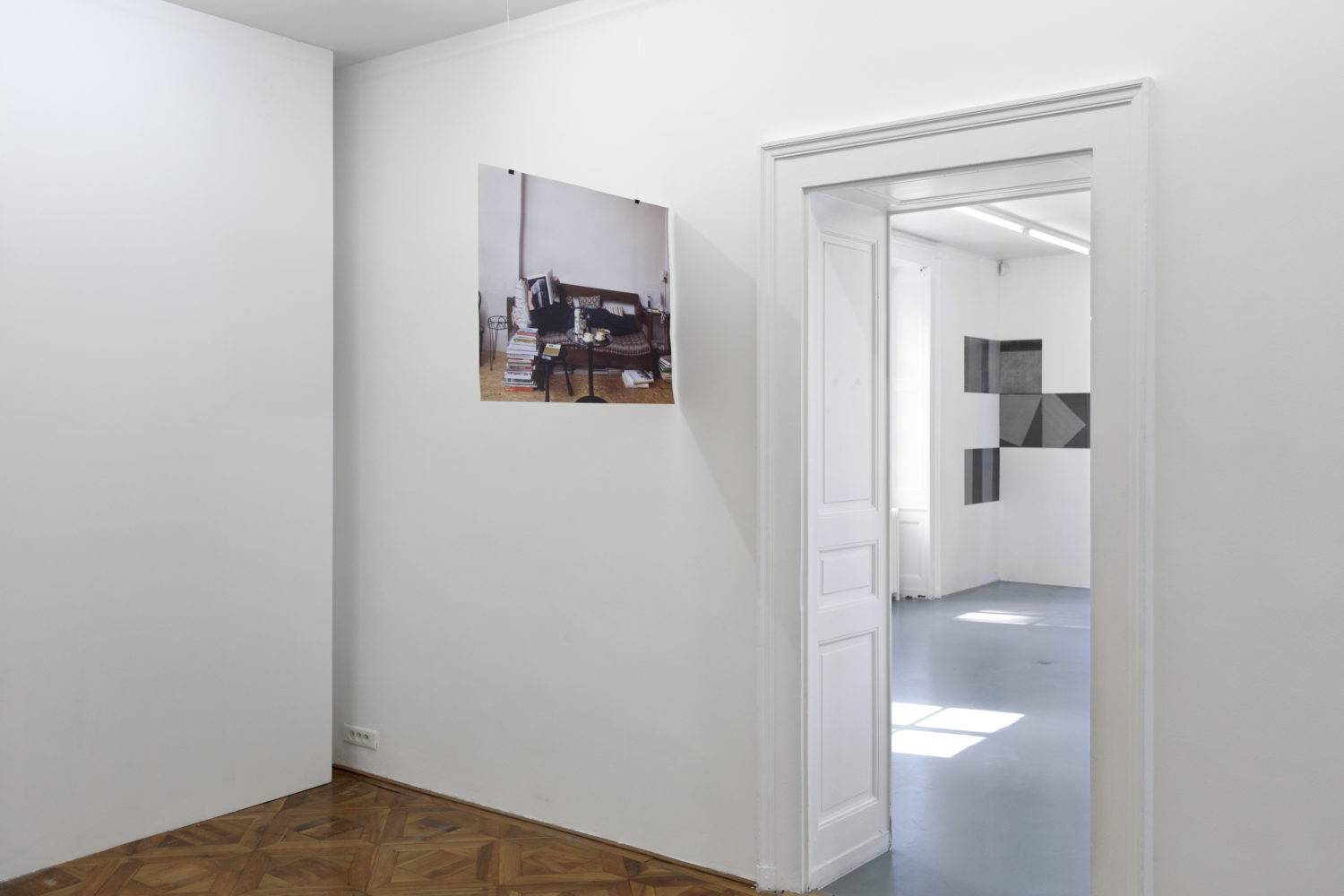 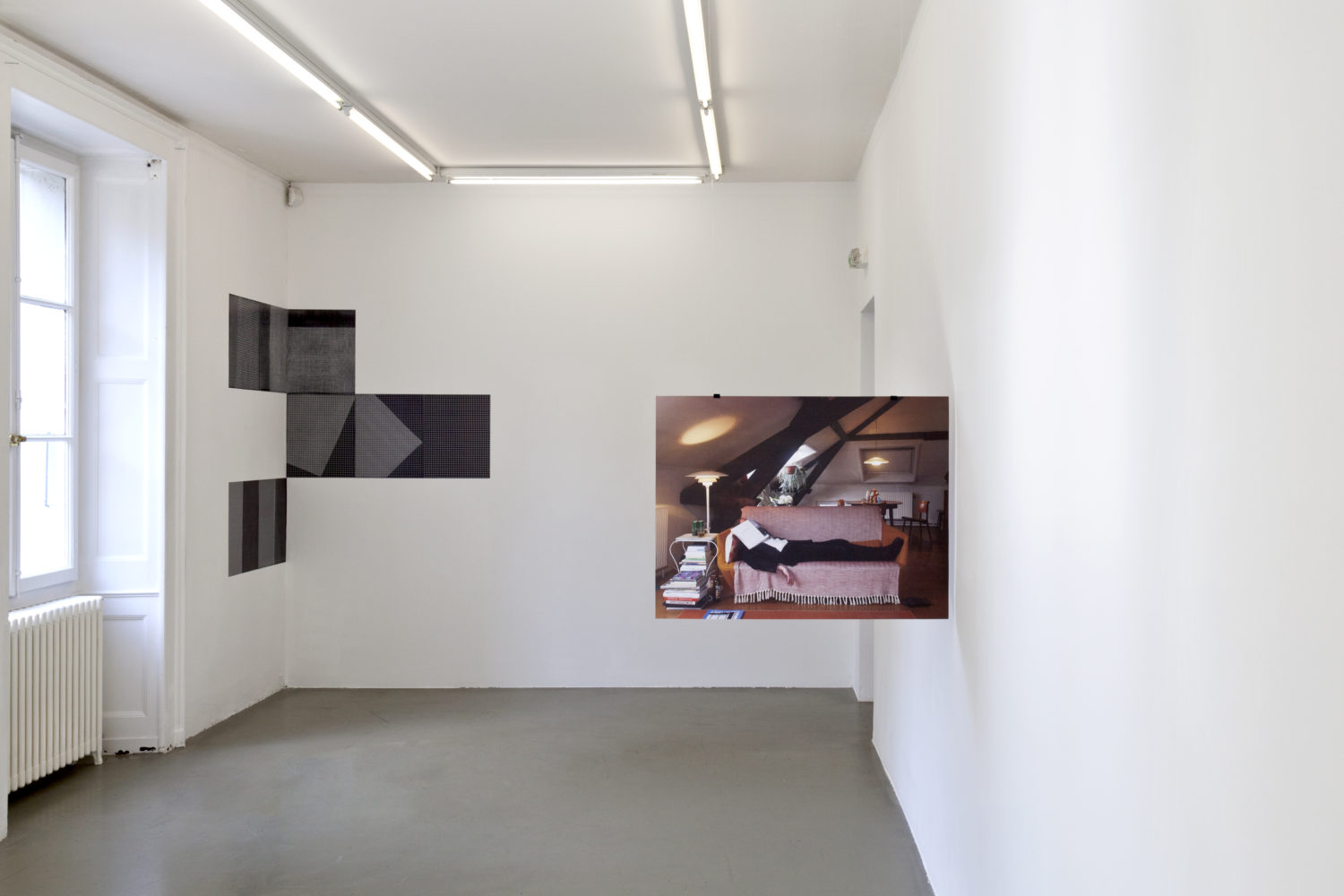 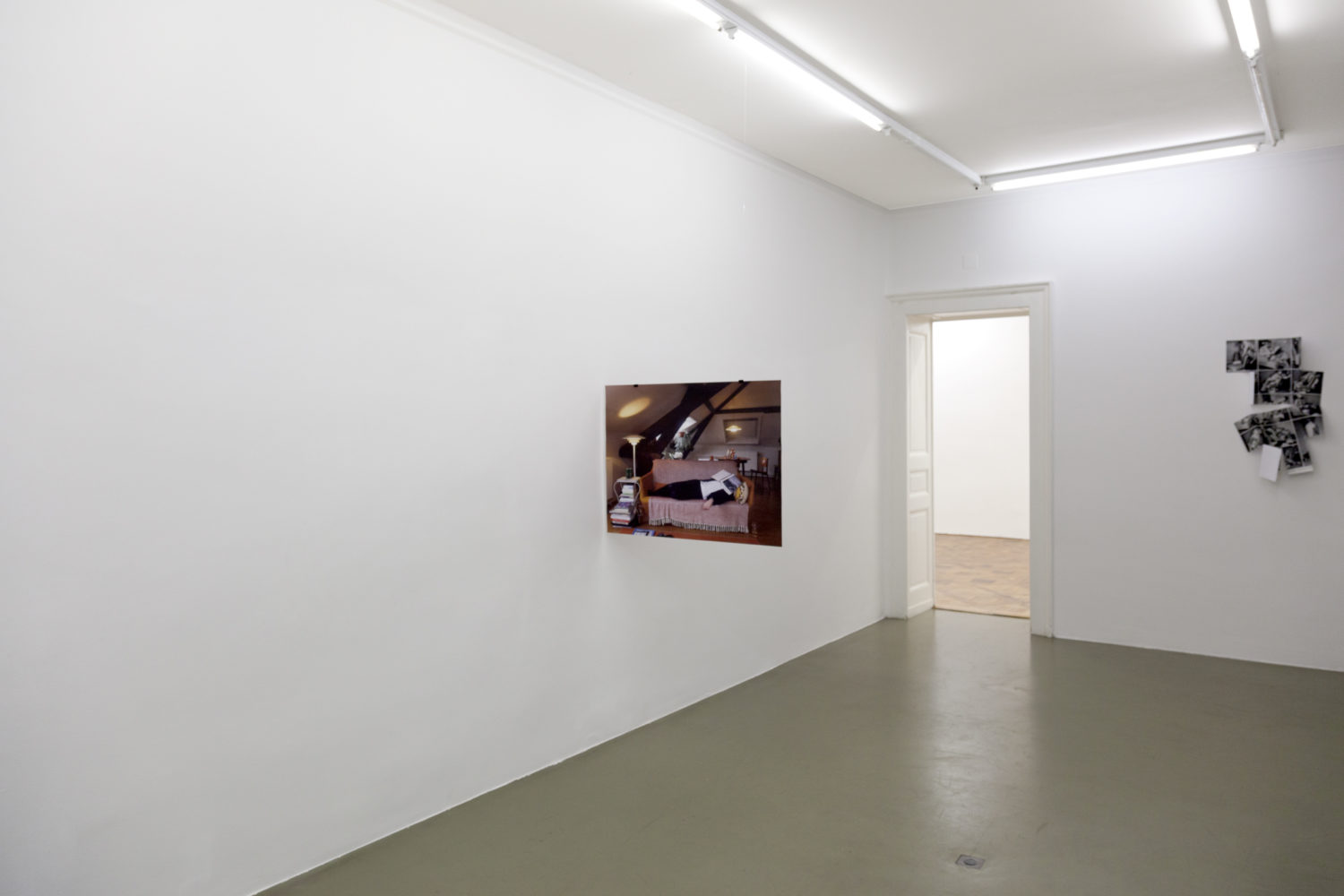 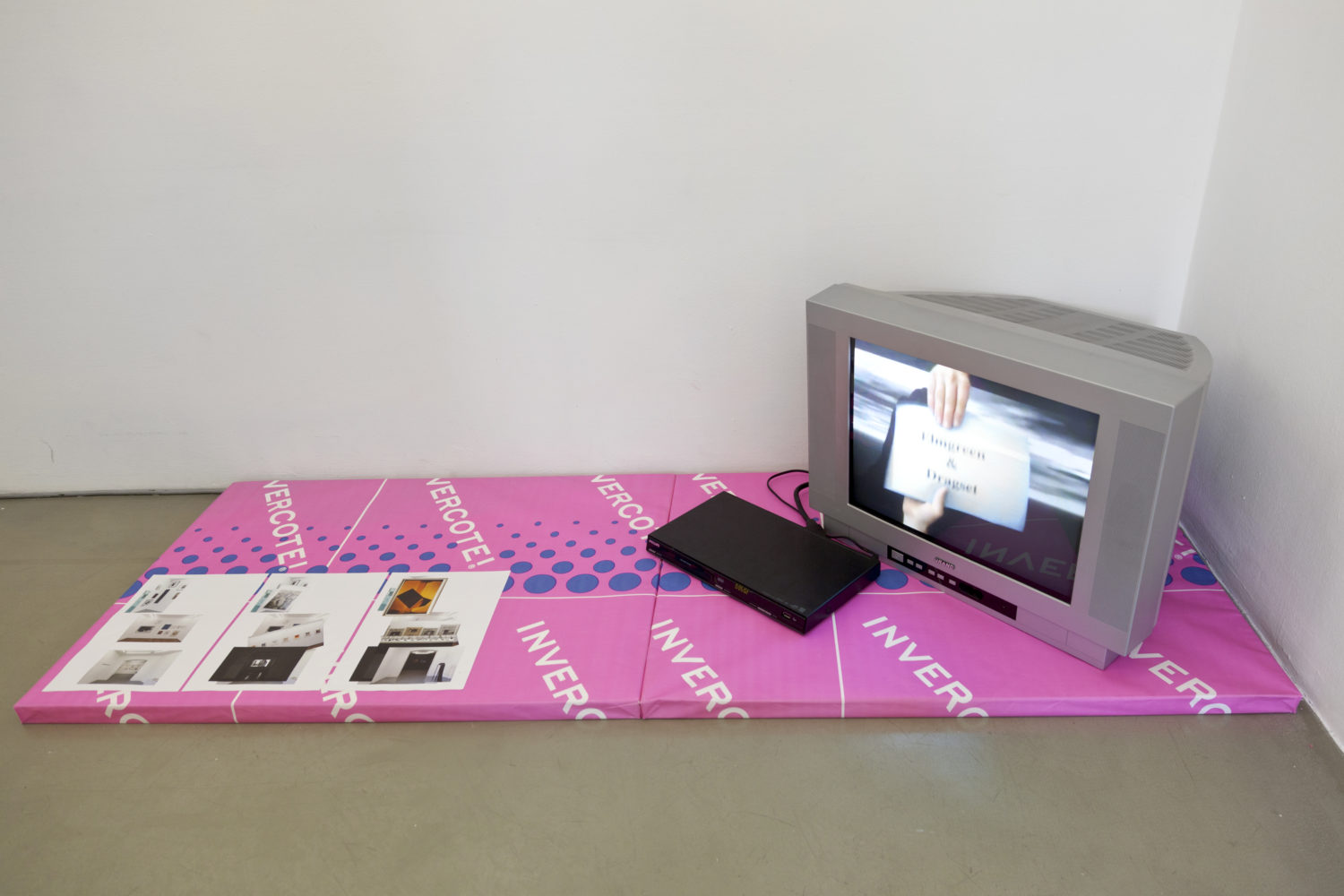 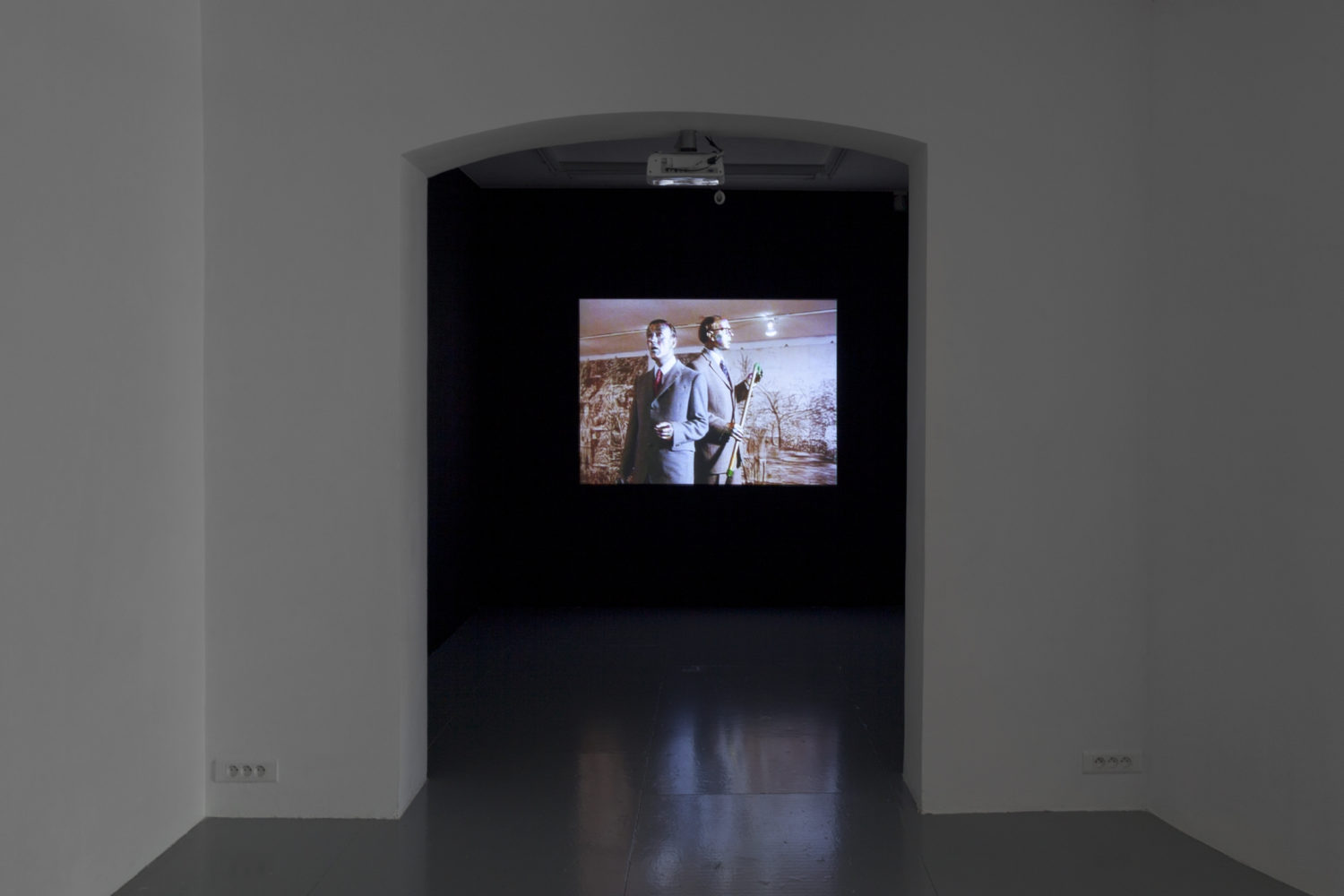 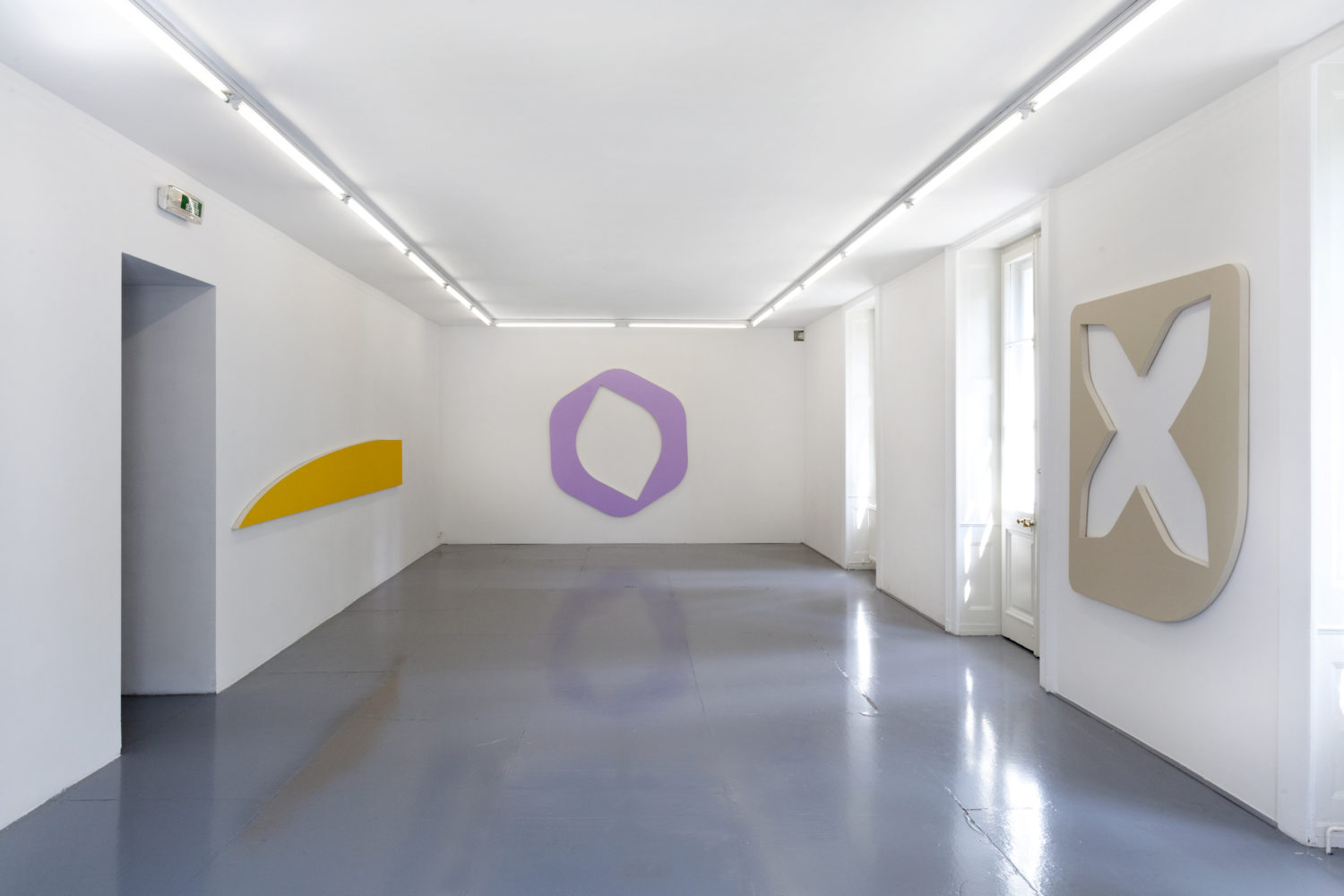 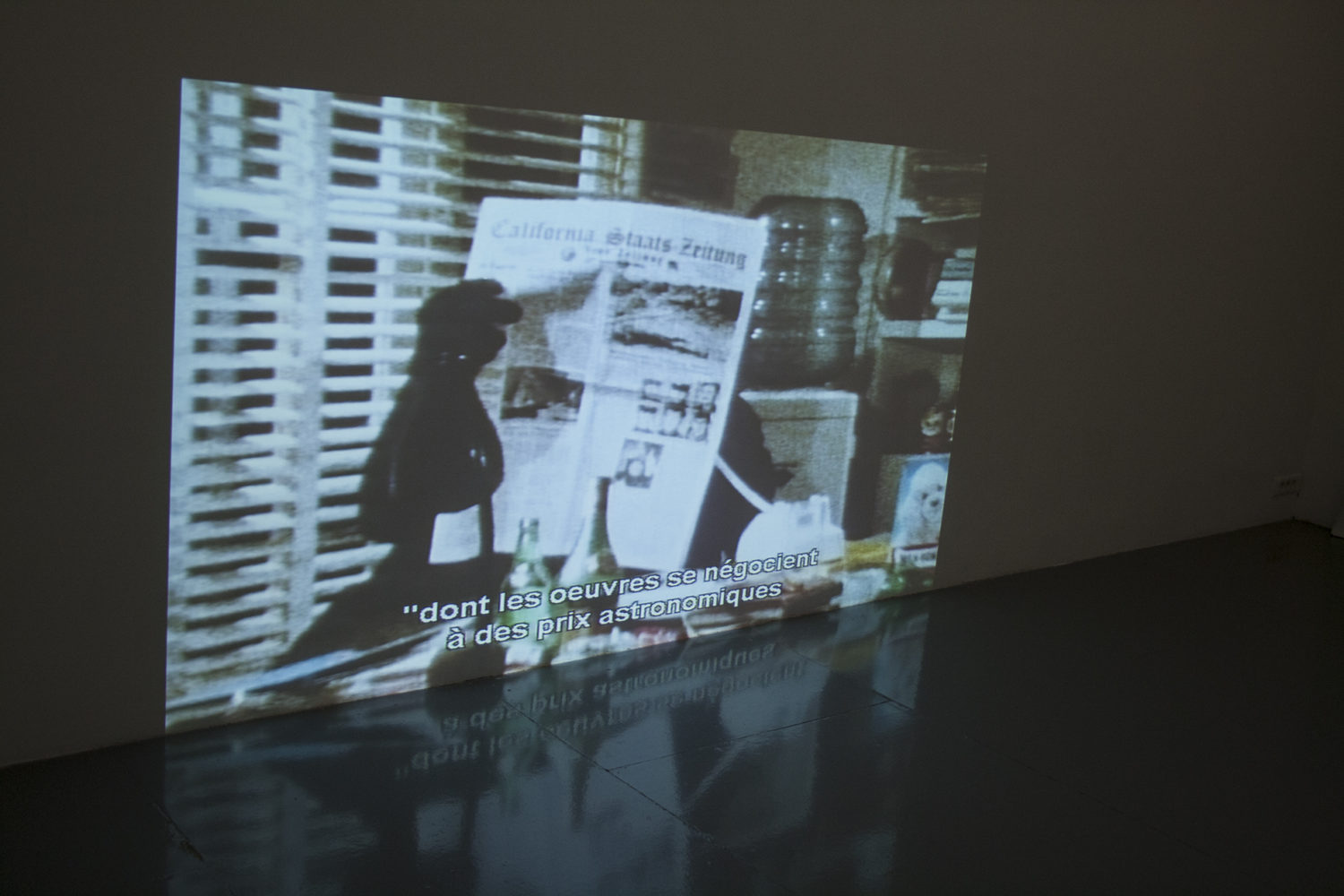 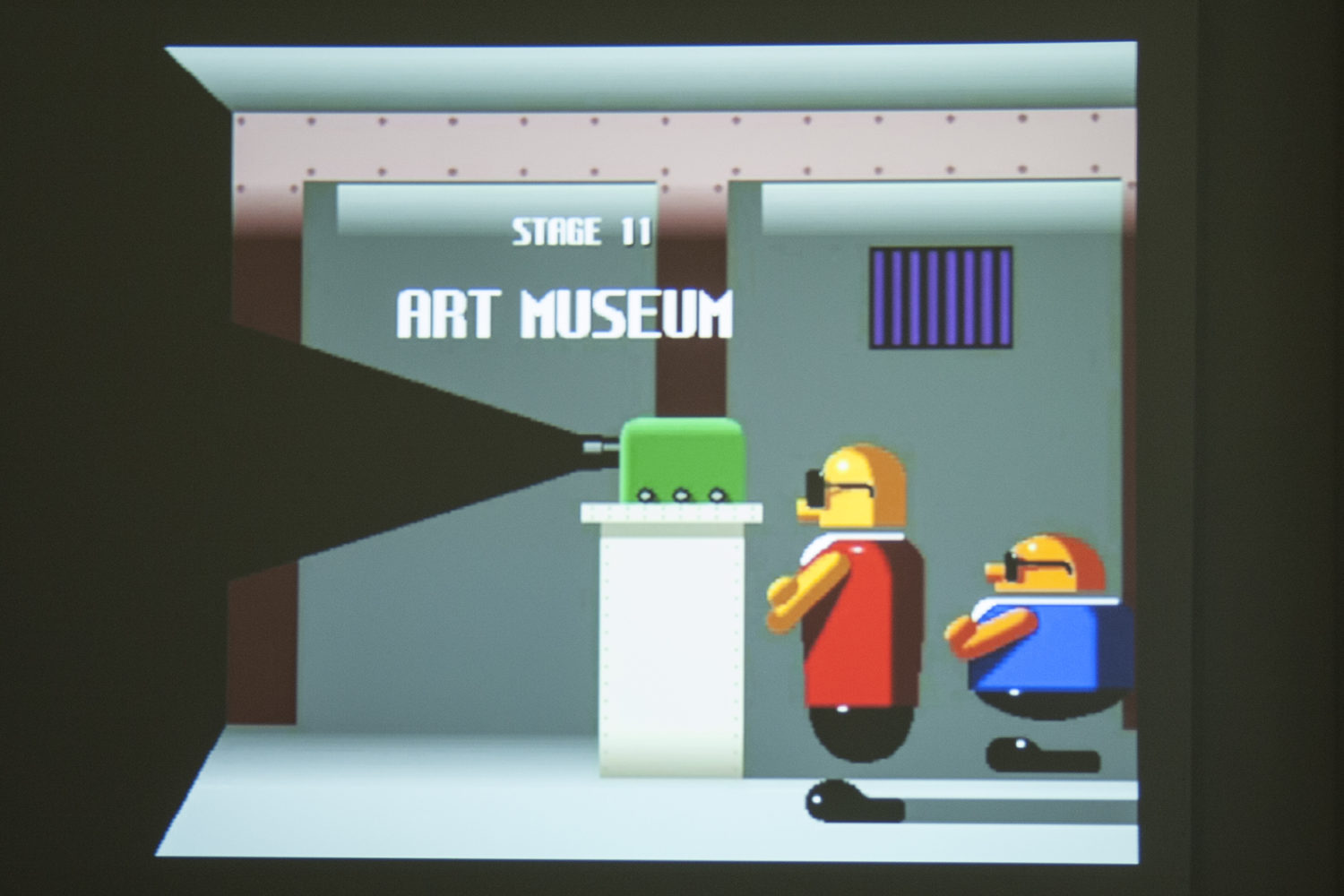 The “Two for Tea” season devoted to various forms of artistic collaboration will close with a summer show that extends and enriches the experiments that were at work in the earlier shows of the series.

Indeed, a good many ricochets are to be expected. Echoes between works, references harking back to subjectively chosen historical sources, reminiscences of past displays—such elements form independent presentations at the Villa.

And since the run of the earlier show wasn’t enough to transform them, the spring landscapes of Thu Van Tran will continue to fade away on the veranda throughout the summer. Their almost imperceptible diminishing is mirrored by a video piece by Estefanía Peñafiel Loaiza in which a mysterious gesture of erasure brings with it a new apparition.

Because certain friendships and complicities sometimes spark that desire to do art together, a work from the collection of MAMCO jointly created by Philippe Decrauzat and Stéphane Dafflon will also be on display, continuing the dialog between two artists that was first undertaken last winter by Aurélien Mole and Julien Tiberi.
Moreover, to reshuffle the cards in terms of how the art is displayed, and following on the heels of the many joint works inspired by the “Sir Thomas Trope” show, the Villa is pleased to present a project that Christophe Daviet Théry has developed around the publication in poster form of an article by Bruno Munari, “Seeking Comfort in an Uncomfortable Chair” which was first published in Domus in 1944. Other artists have leapt to the occasion with their reactions and original pieces. The latest effort to date is three silkscreens by a pair of Swiss artists, the duo Matteo Terzaghi and Marco Zürcher, in a joint production with the Villa done especially for this show.

While the Terrible Two series has tried to evoke the narrative of a house haunted by the rebellious spirit of enfants terribles doing their mischief together, there are two inescapable duos who could well have embodied all of those turbulent children at one go, Fischli & Weiss and Gilbert & George. The Villa du parc will be featuring videos and stories by them that examine the representation of the artist. Because their works, more than ever, are “contemporary” and relevant to today, they are scheduled to be shown along with the brand-new video by Alexis Guillier & Sébastien Rémy. Drawing on a range of sources, these two young French artists have put together a compilation of depictions of double or dual figures.

A collection of documents of every sort will also be on hand to stimulate reflection and put in perspective the shows that have just had their runs—and, last but not least, help prepare the catalogue, which is slated for publication with the help of the graphic designers at the collective known as S.Y.N.D.I.C.A.T.

There are other surprises, too, a range of catalogues to thumb through, multiples on sale…

And before everything else, or at the very end, visitors will finally have the chance to drink that much-promised tea.