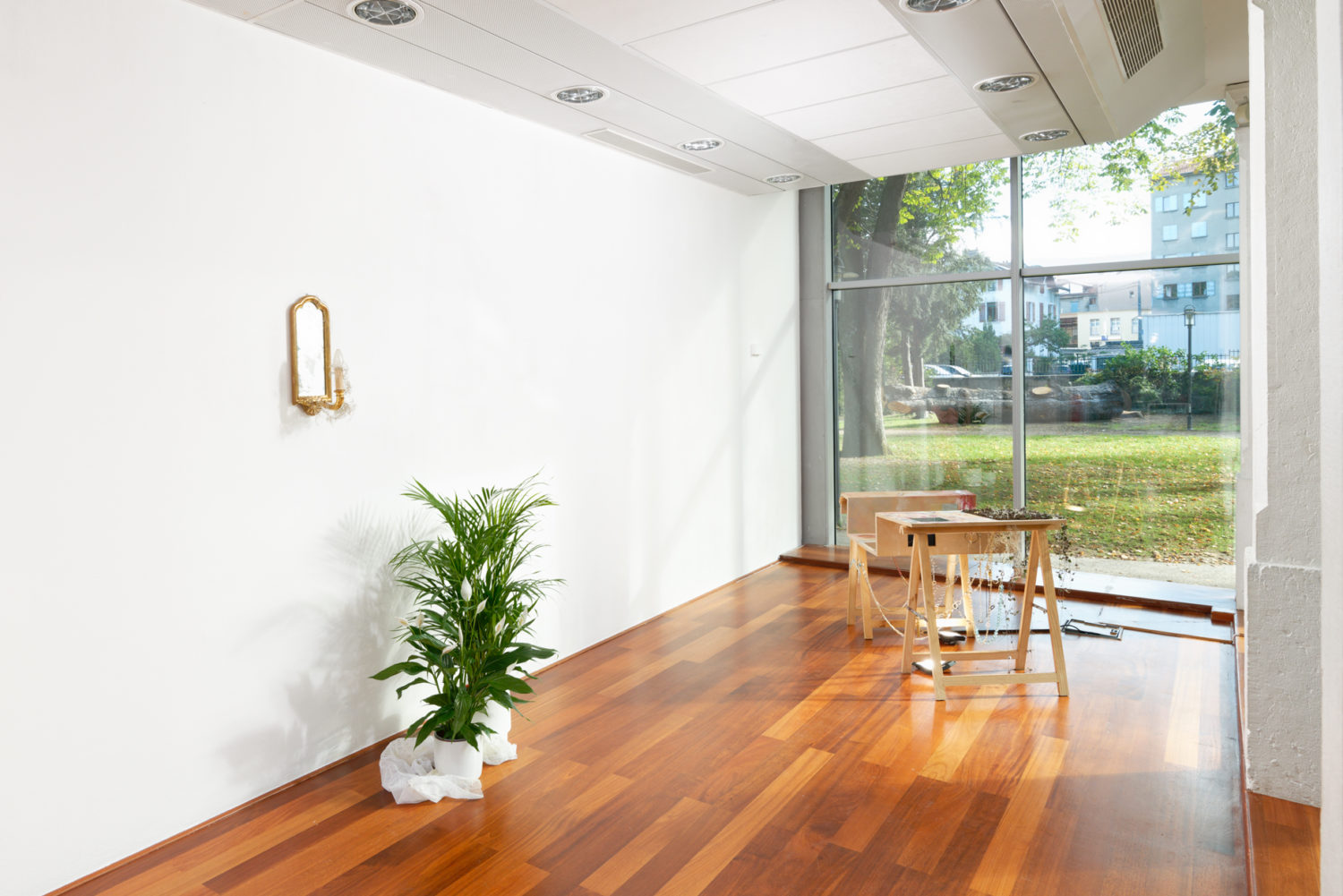 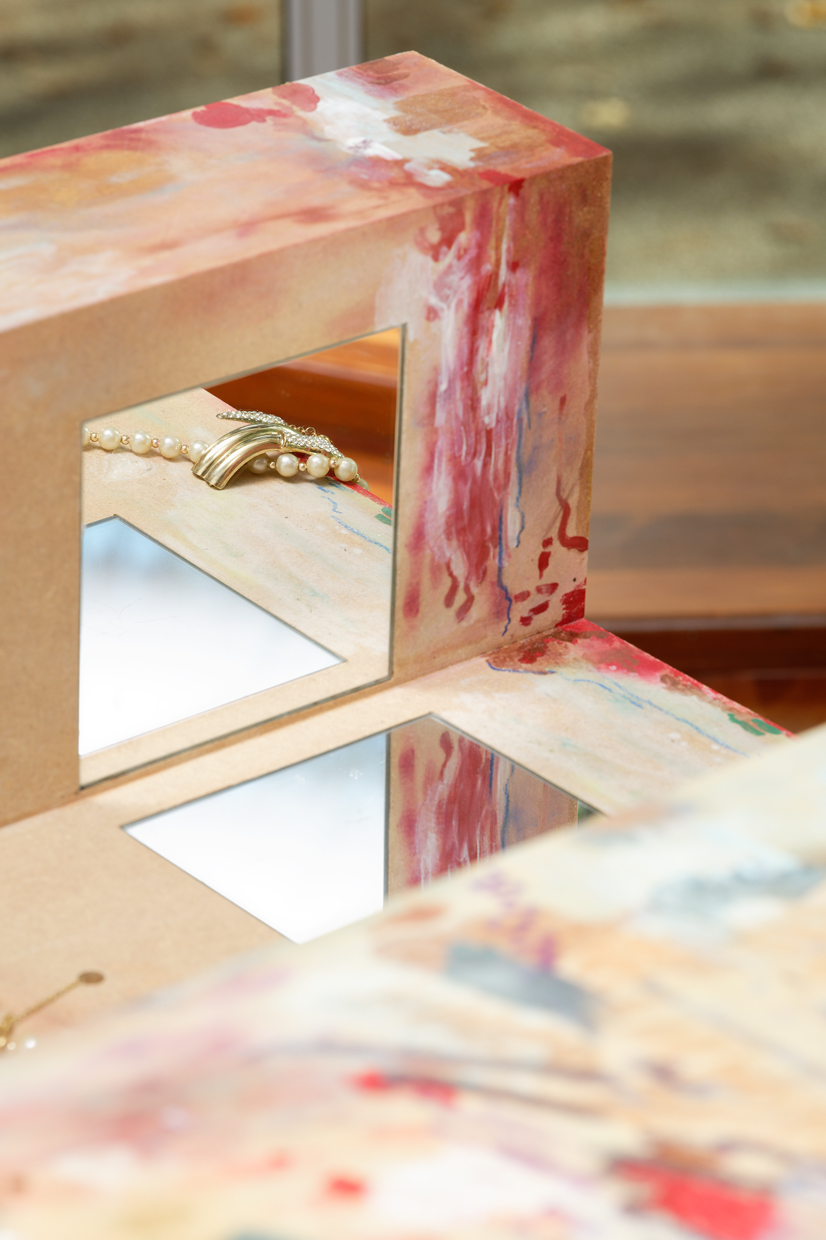 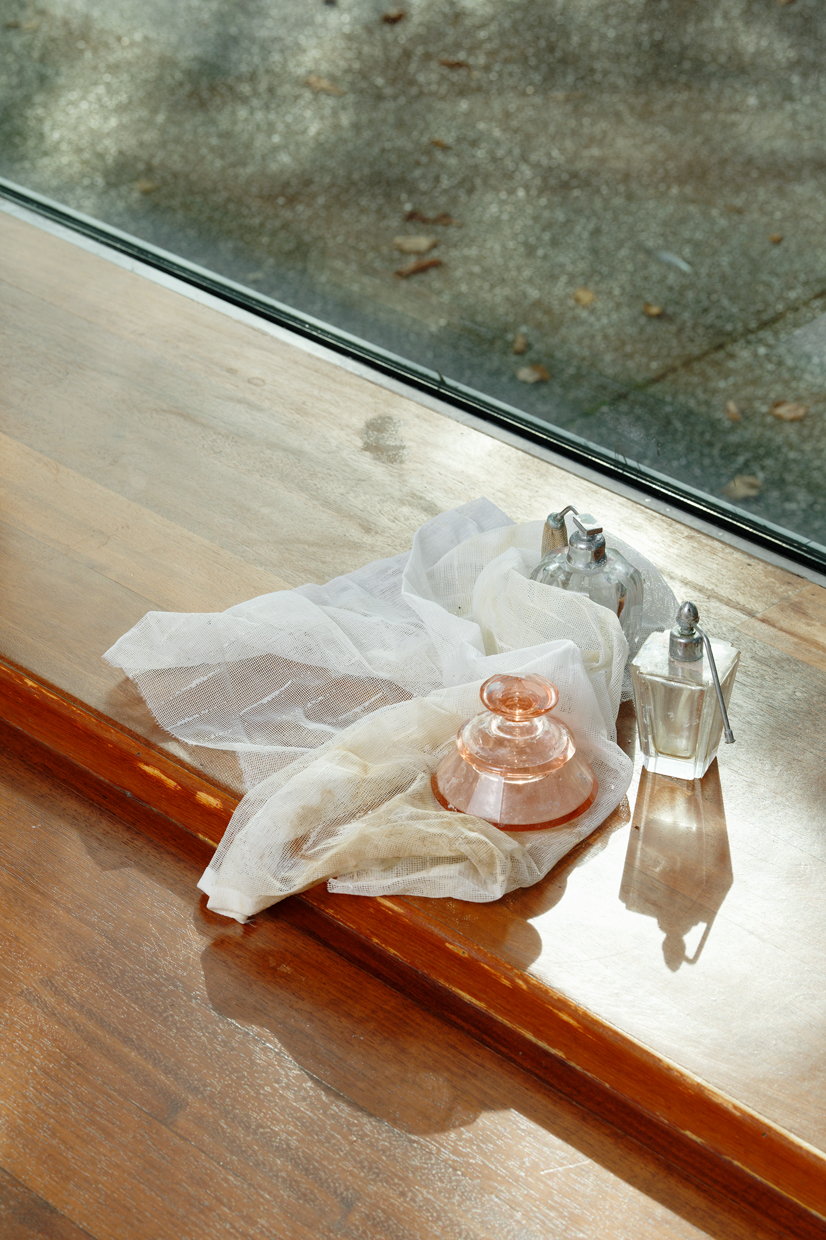 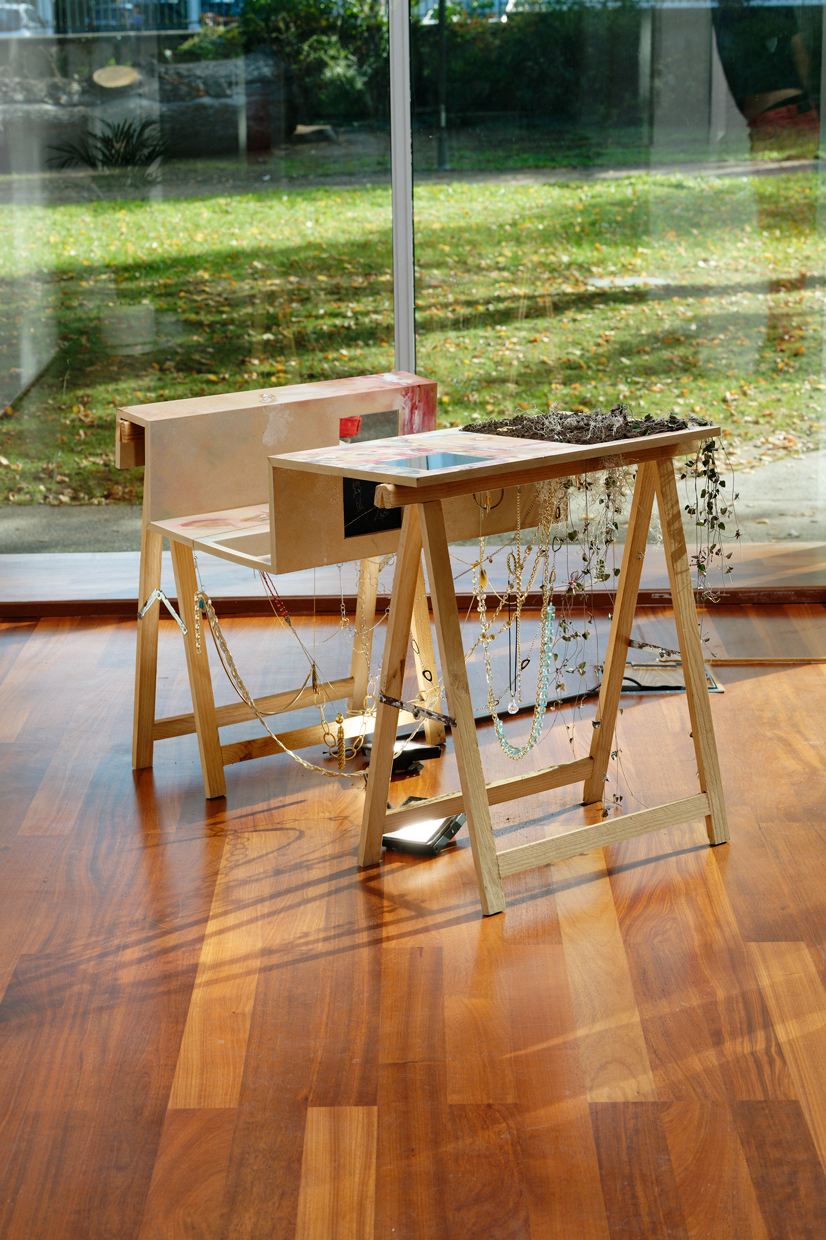 Monika E. Kazi ‘s Beauté na yo* is installed in the Villa du Parc’s porch.
This makeup table, to be activated during a performance on Friday, November 26, is comprised of embedded mirrors on which photos have been engraved, souvenirs of a childhood spent in France and Congo, and cosmetics, some organic and others mineral. This sensorial assemblage draws on the conflicts involved in the construction of appearance, the personality of a migratory self and a quest for a liberatory spirituality. Here the artist has constructed a visual interrogation where the makeup table becomes an extension of our body’s memory, a space for the staging of the self and the repository of our most unavowed wishes, like alters for prayer and offerings.

*The title Beauté na yo is a reimagining of the customary salutation “M’boté na yo,” which means, literally, “Good day to you” in Lingala. The phrase Beauté na yo, “Beauty to you,” works as a mirror-image interplay between the “I” and the self, between two languages and cultures.

Based on the text by Amandine Nana written for the Prix Dauphine for contemporary art, 2020.

Monika Emmanuelle Kazi, born in 1991 in France, is a multidisciplinary artist based in Geneva. She holds a BA in visual arts (2018) and a Work.Master (2021) from the HEAD-Geneva. Her artistic practice addresses questions about corporal memory in domestic spaces. Her organic installations are, in fact, stage settings for both performative and textual elements.

Her work has been shown at venues including Futura-Prague, the Galerie du Crous, HIT and Wallstreet. She has also performed readings at Feÿ Art (invited by Klima Magazine), the Alte Fabrik and elsewhere. Some of her textual performance pieces have been presented at Offprint Paris and the Gaîté Lyrique. She won the Prix Dauphine pour l’Art Contemporain in 2020 for her installation Beauté na yo, as well as the Kiefer Hablitzel-Göhner art prize in 2021. In a follow-up to the latter award, her work is currently shown at the Kunsthalle Friart in Fribourg (Switzerland).