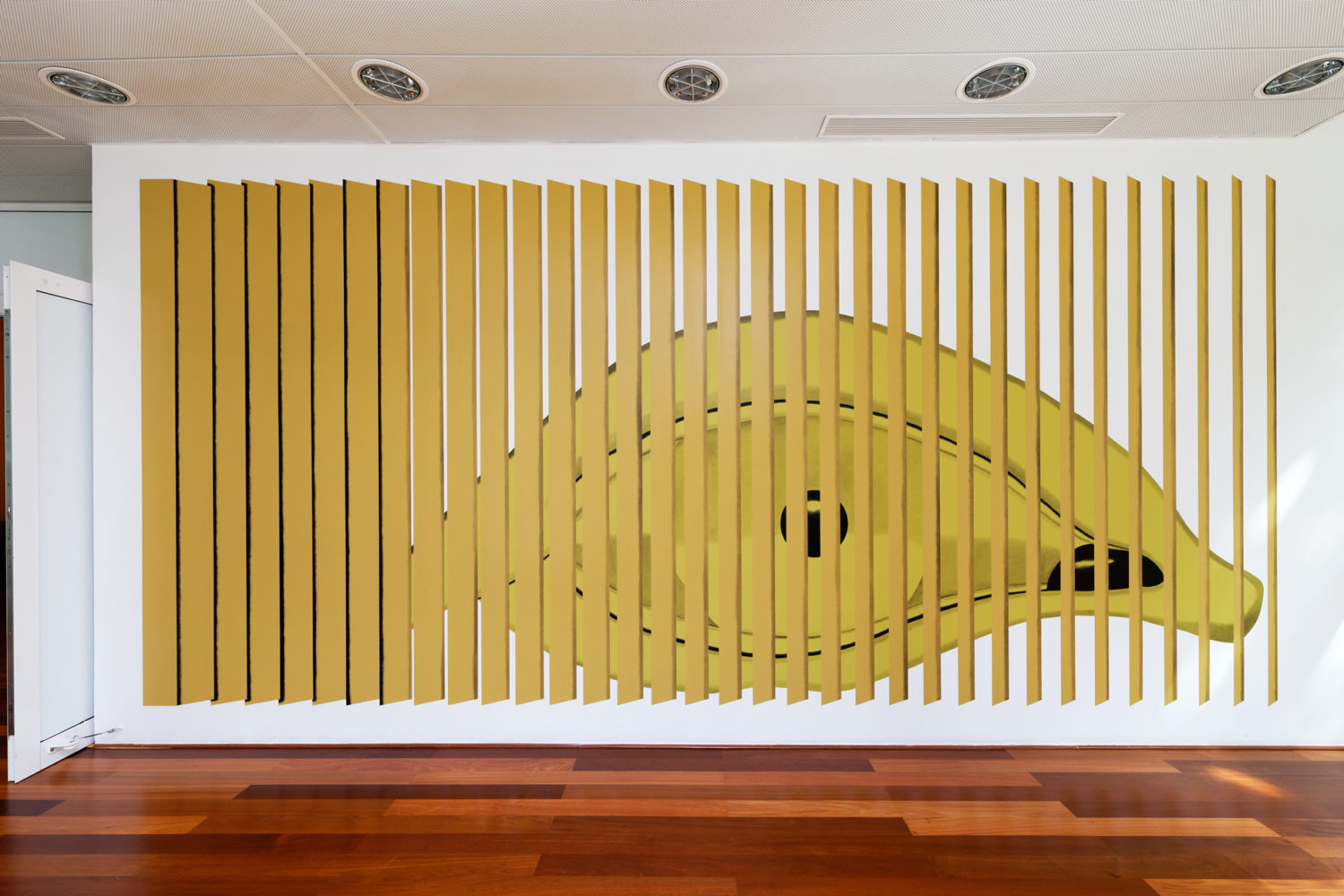 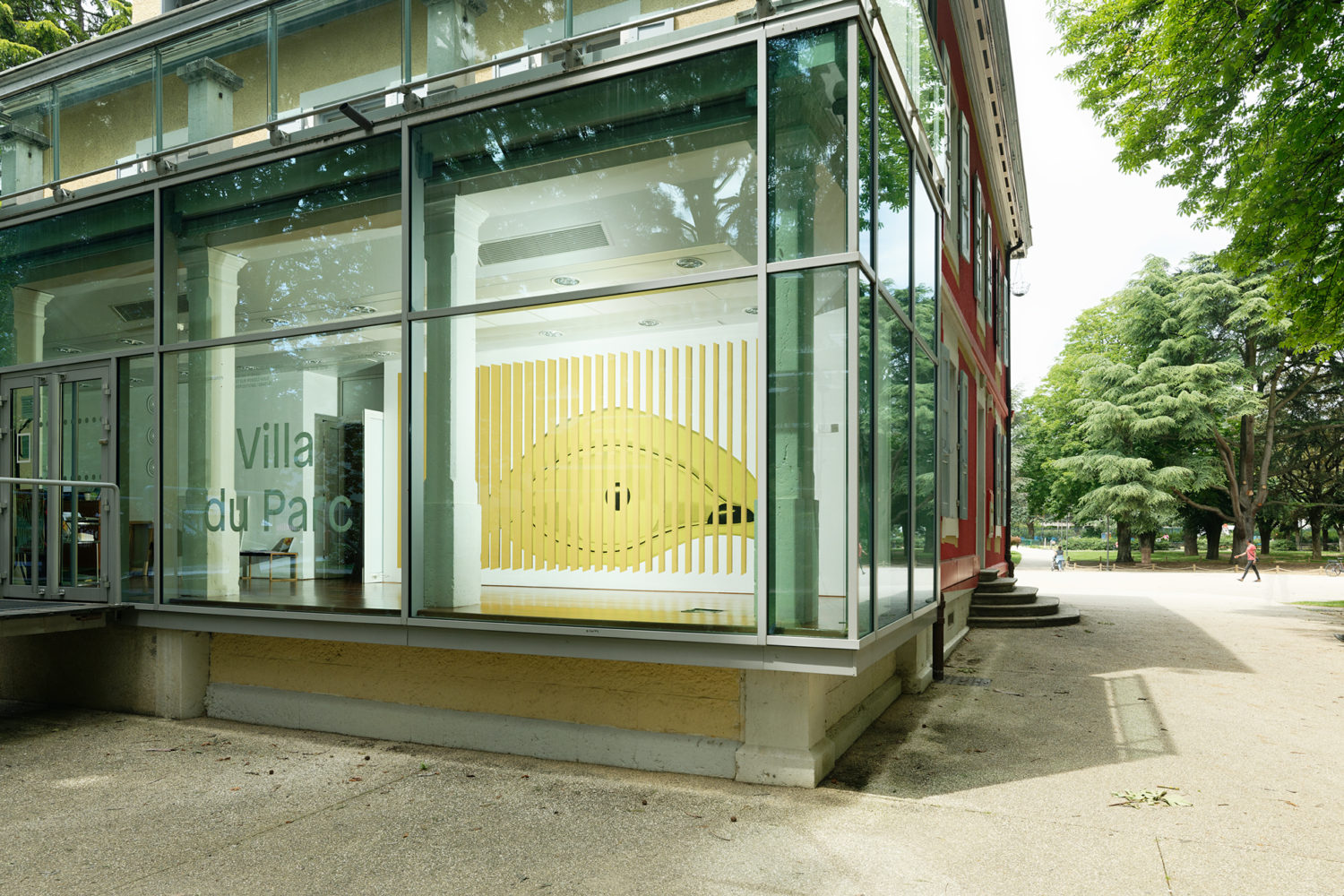 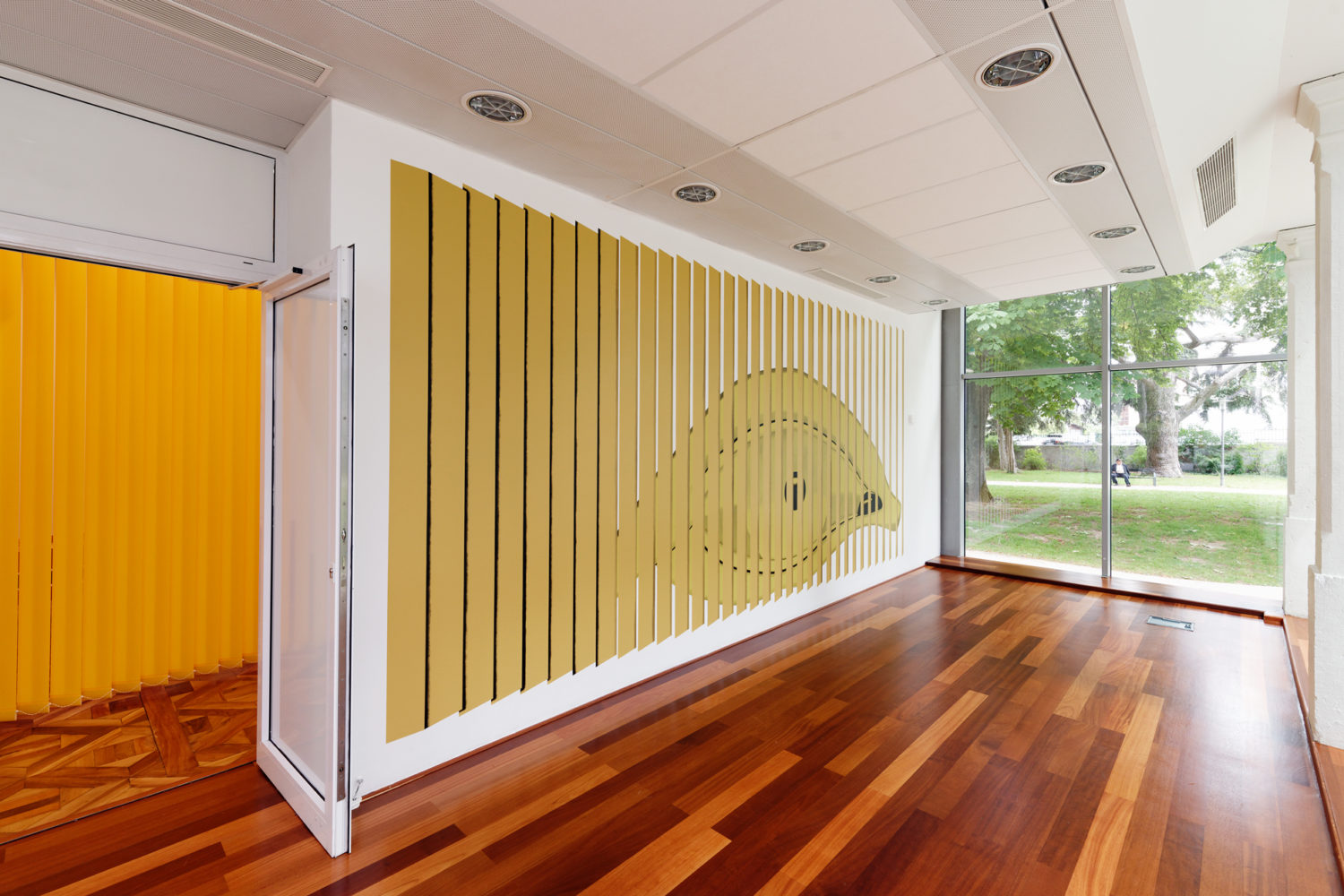 The veranda of the Villa du Parc is an intermediary space between the inside and the outside, the originally domestic space of the art center and the surrounding public garden. Invited to work with that space, Sarah Margnetti has come up with a large-scale wall painting that plays with and shifts the demarcation of different spaces thanks to her mural trompe-l’oeil. Imagined by the artist as a kind of echo of the exhibition installed by It’s Our Playground in the adjacent room, A Glimpse Behind borrows from the main elements of Margnetti’s body of work to date, which she modulates in keeping with the space that is occupied here. There is the characteristic fragment of the body, generally a sensory organ, along with functional and ornamental elements to hide or give a glimpse of the vintage, slightly outmoded image in the two-color process of old home décor magazines. The fragment in this case is an immense eye in the same bronze color as the slats of a blind that is partly open, concealing the eye but only slightly. Seen, not seen, seer or voyeur, the eye enables vision, even double vision (inside and outside) for the Surrealist artists, who made it a central symbol in their work. Unique, generic, floating in the air, Margnetti’s eye verges on an uncertain mythological dimension (the cyclops, the cyborg, the eye of Moscow, etc.) humorously counterbalanced by the very “American way of life” aspect of the Californian blind.

Born in 1983, Monthey, Switzerland; lives and works between Brussels and Switzerland.

She holds an MA from HEAD (Geneva) and the Institut supérieur de peinture Van der Kelen-Logelain (Brussels), a school that teaches the traditional techniques of decorative painting. She recently exhibited at Ferme de la Chapelle in Grand-Lancy (Geneva) and was awarded the 2018 Swiss Art Awards in Basel. She has contributed to numerous group shows in Switzerland and Belgium, and is exhibiting here for the very first time in a French institution. Her work is also on display at the Emanuel Layr Gallery in Rome in a show titled “Lost in the pool of shadows. Un rifiuto comprensibile,” until 31 August.