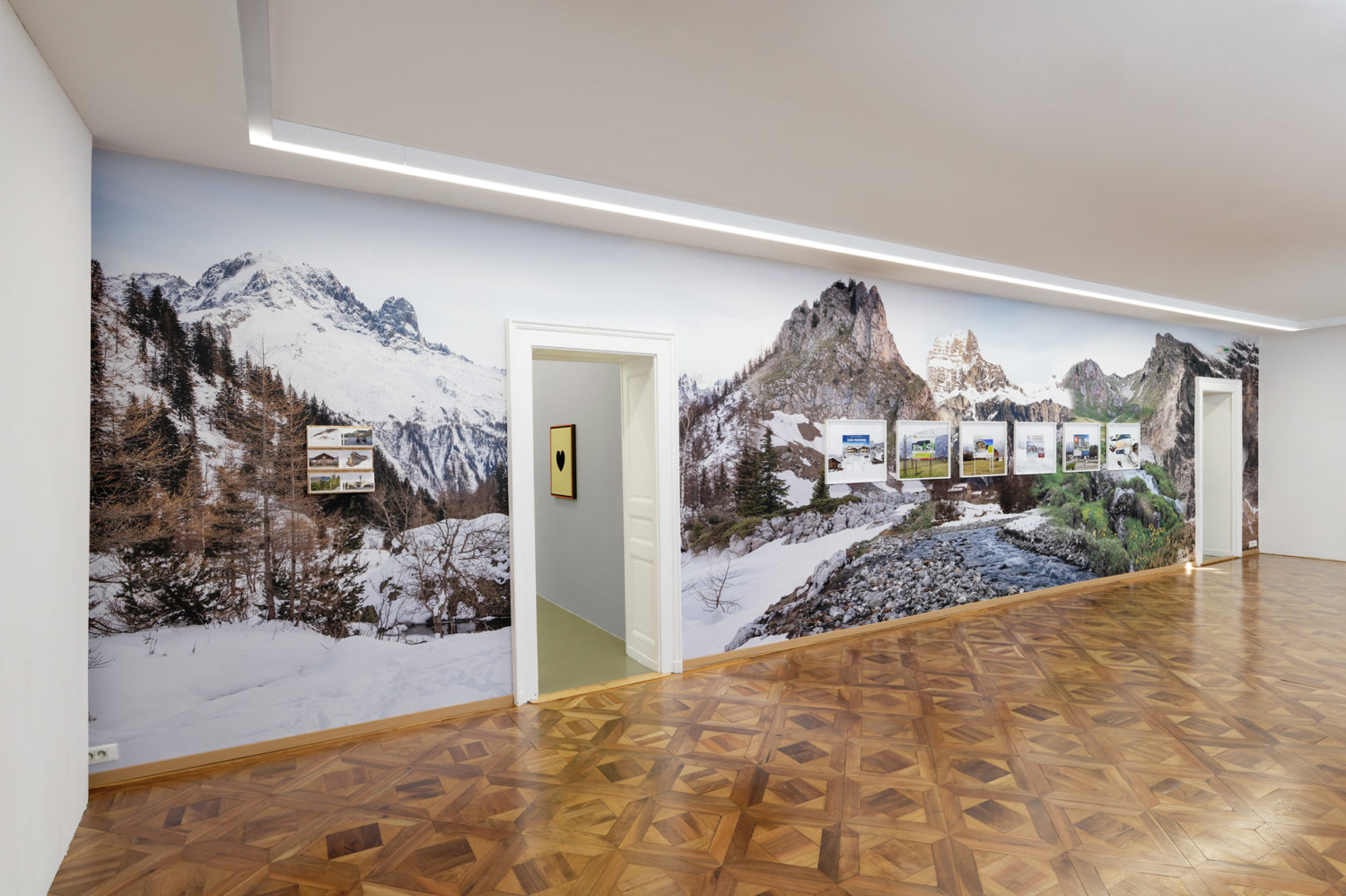 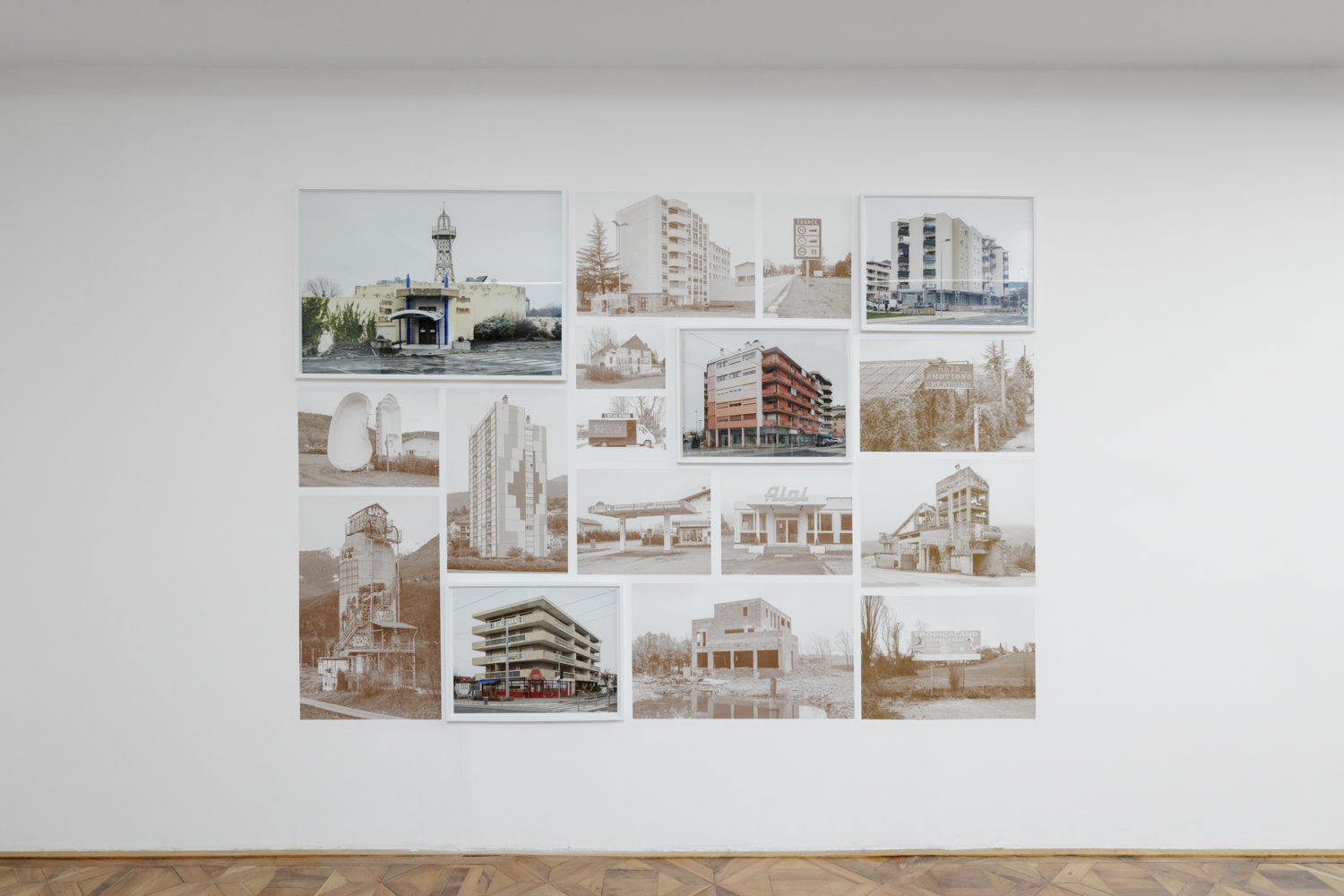 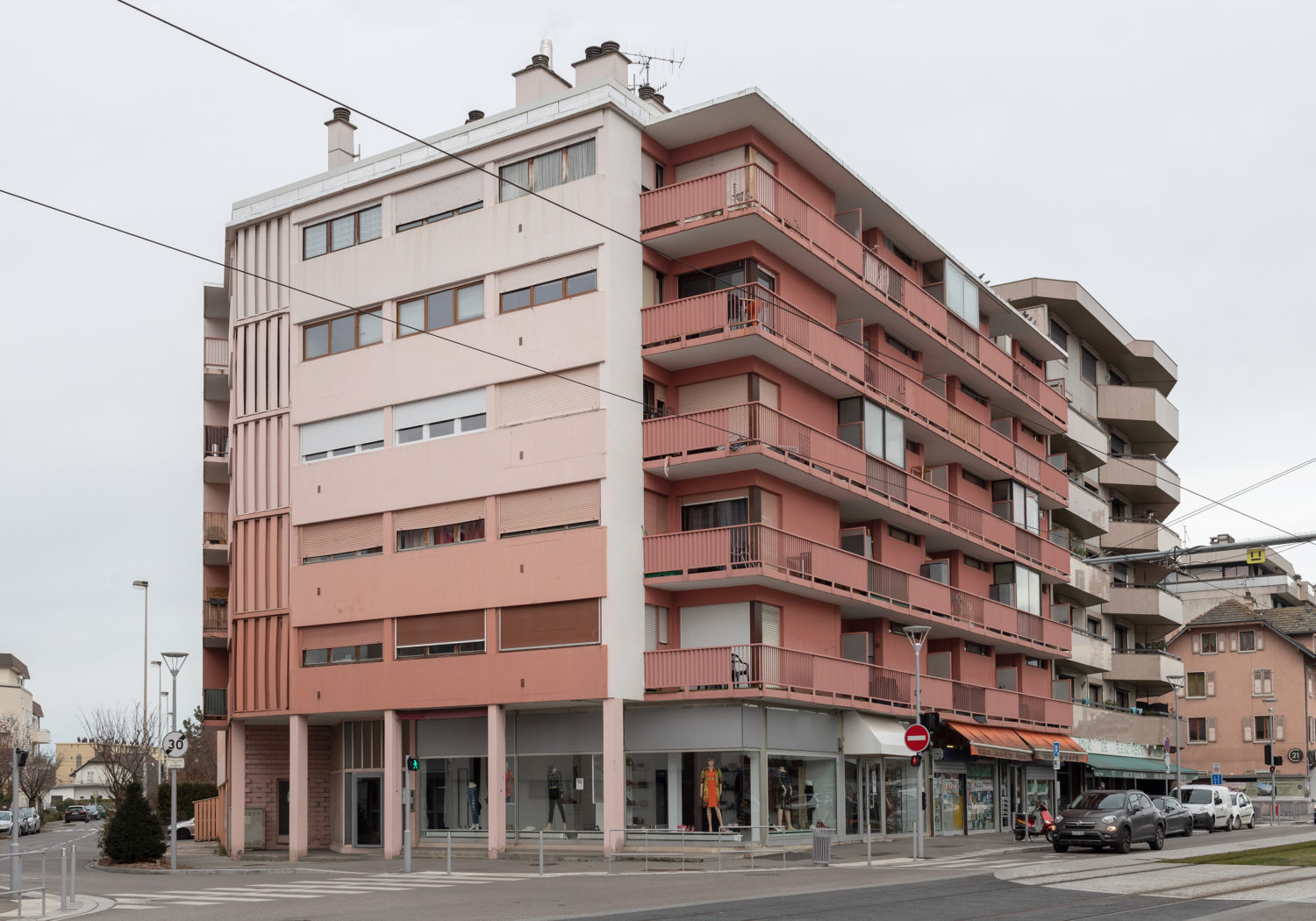 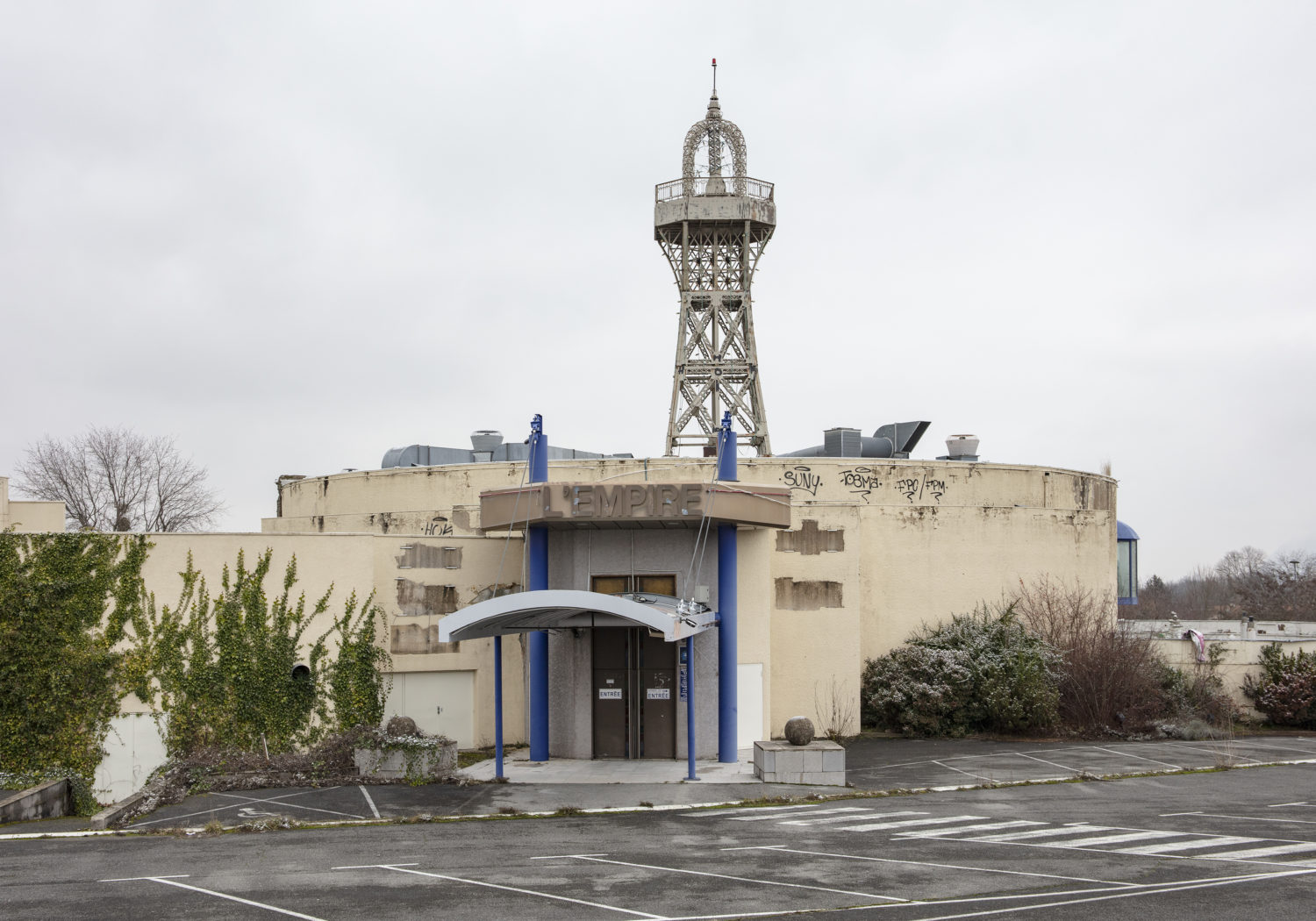 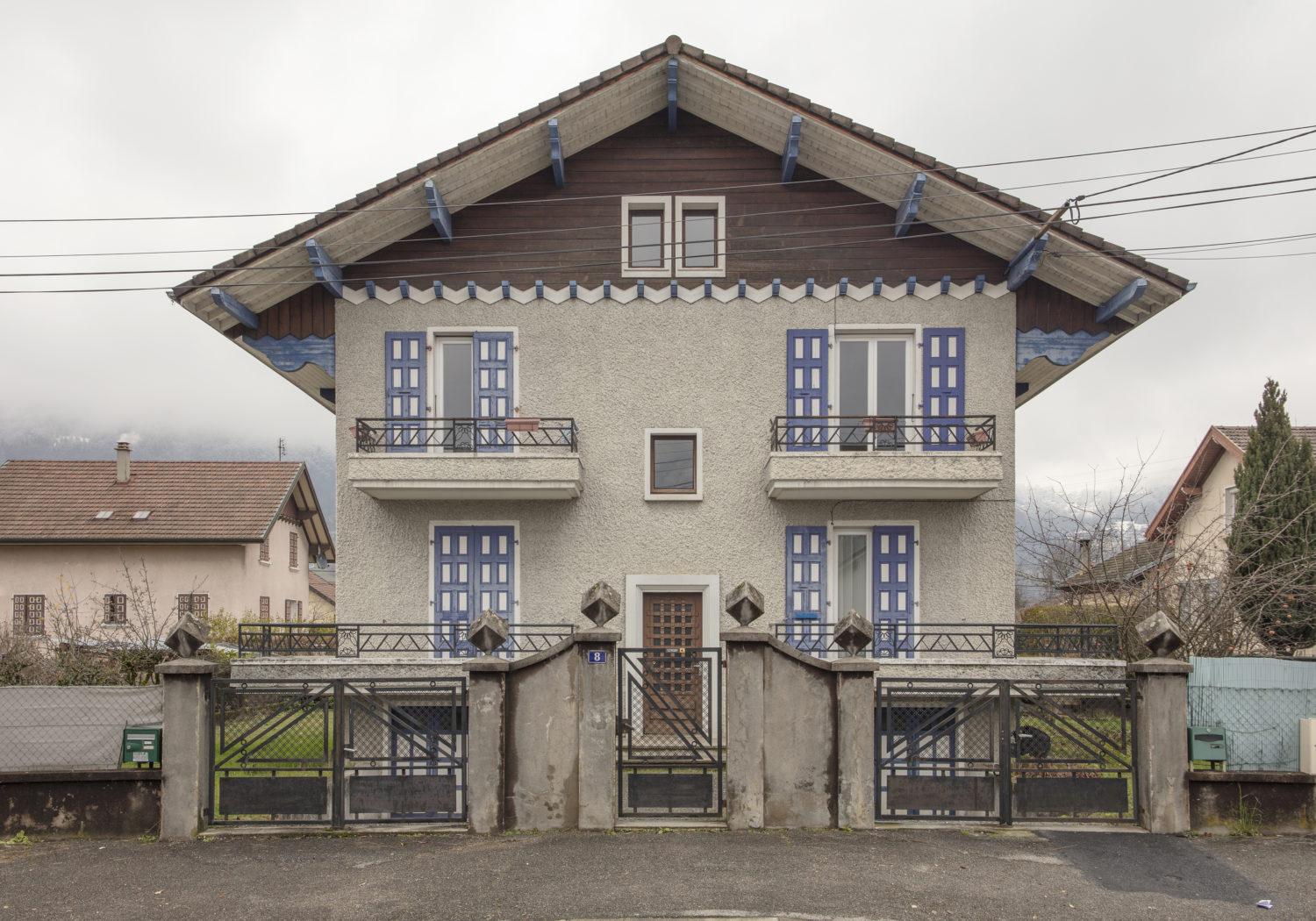 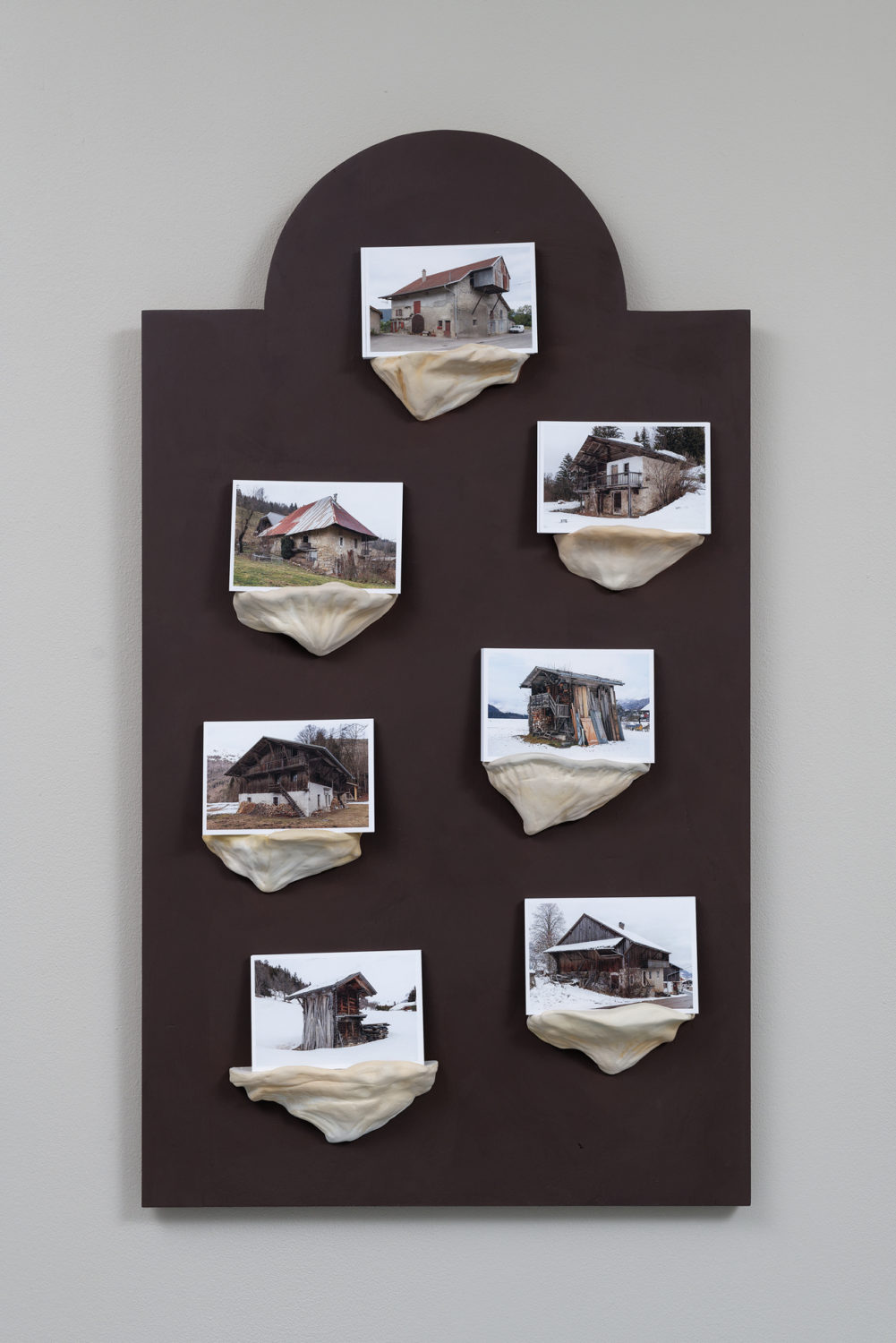 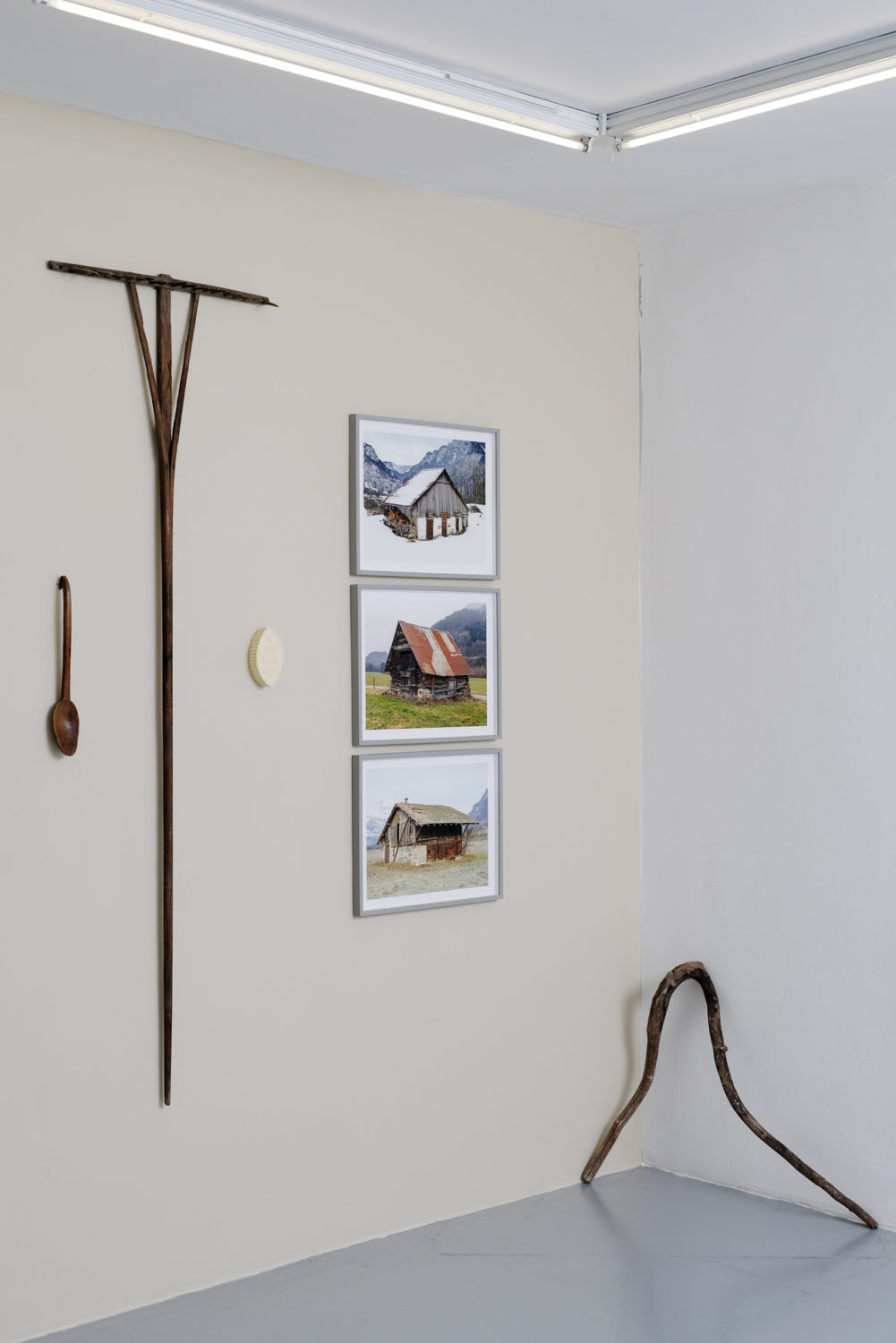 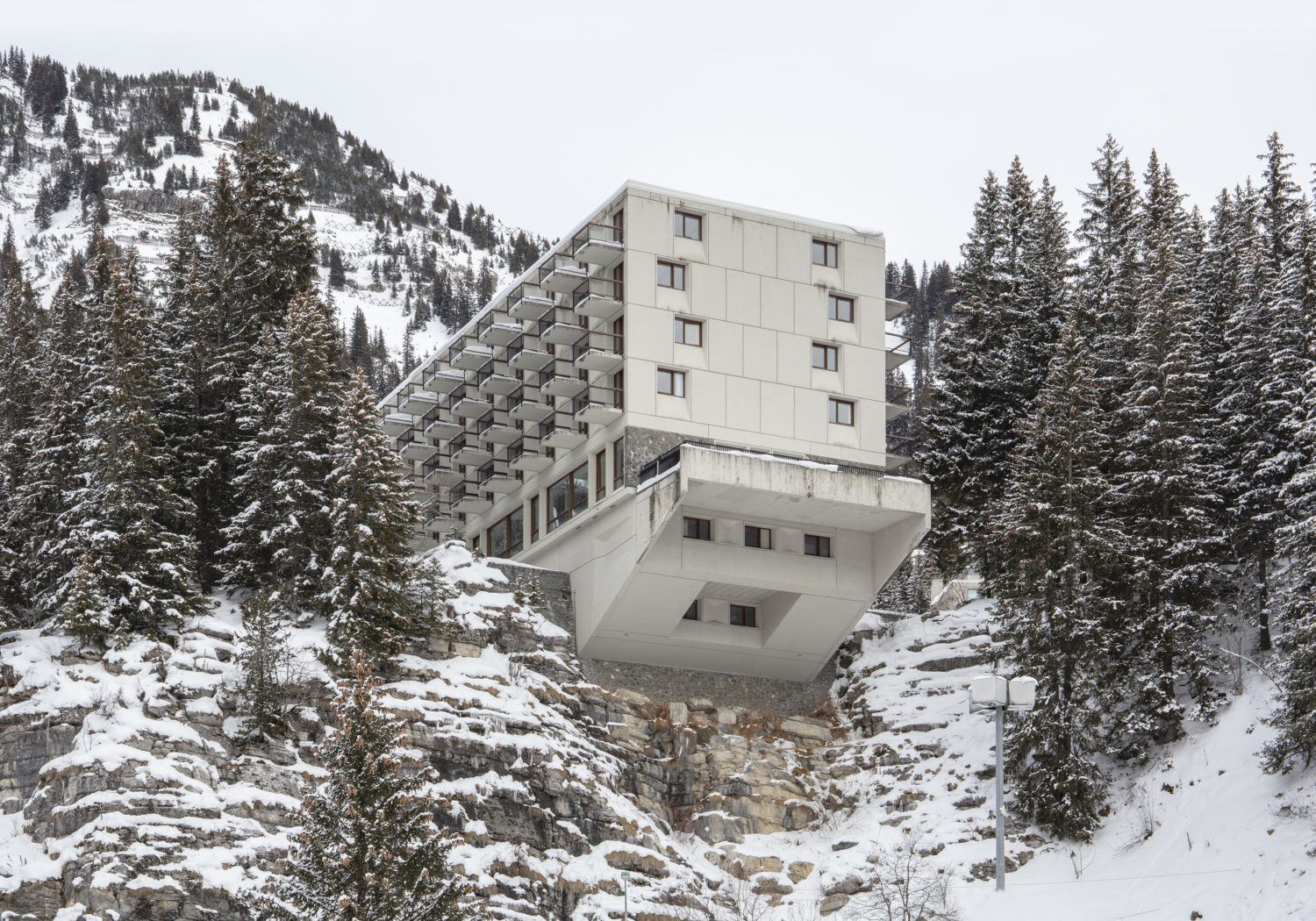 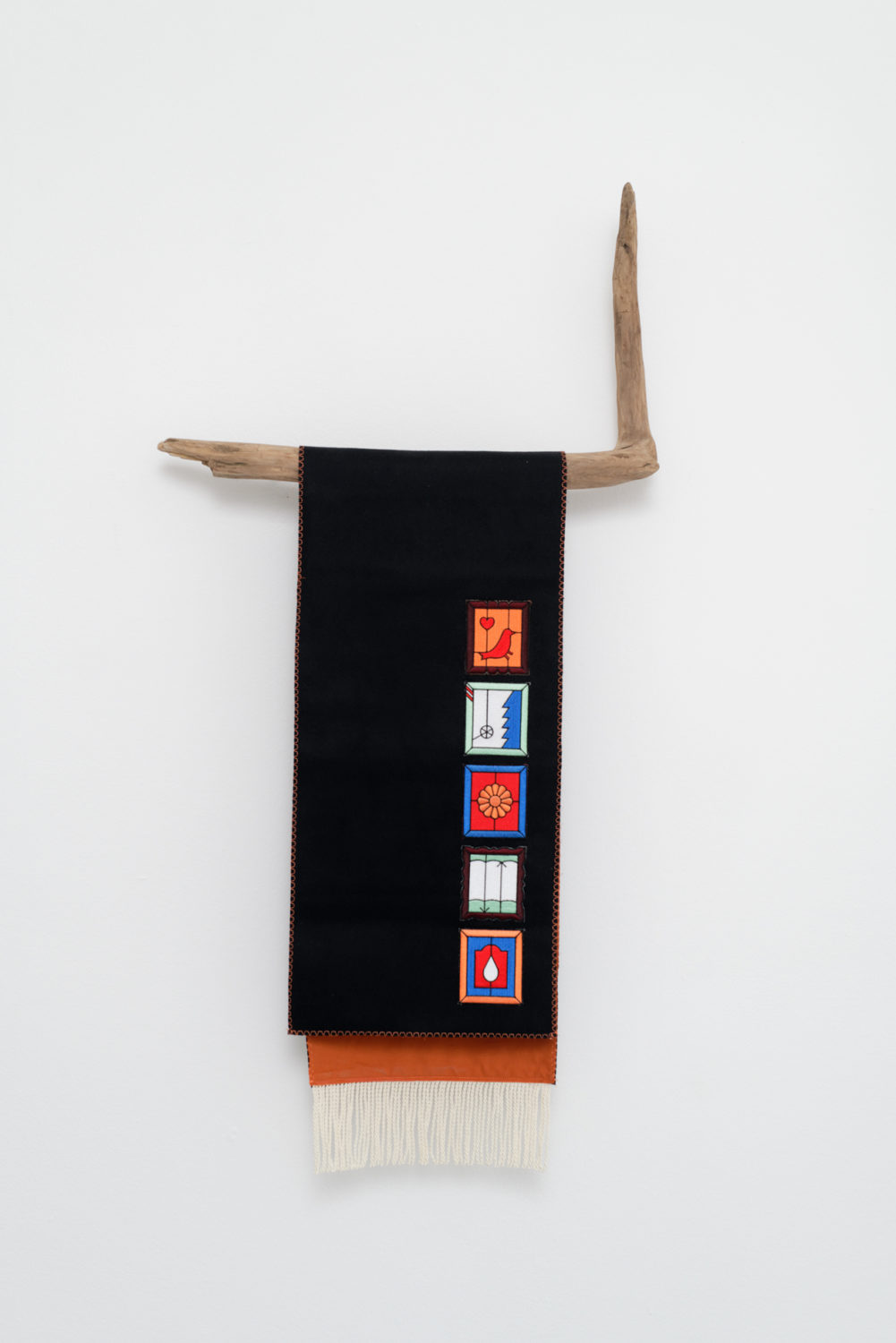 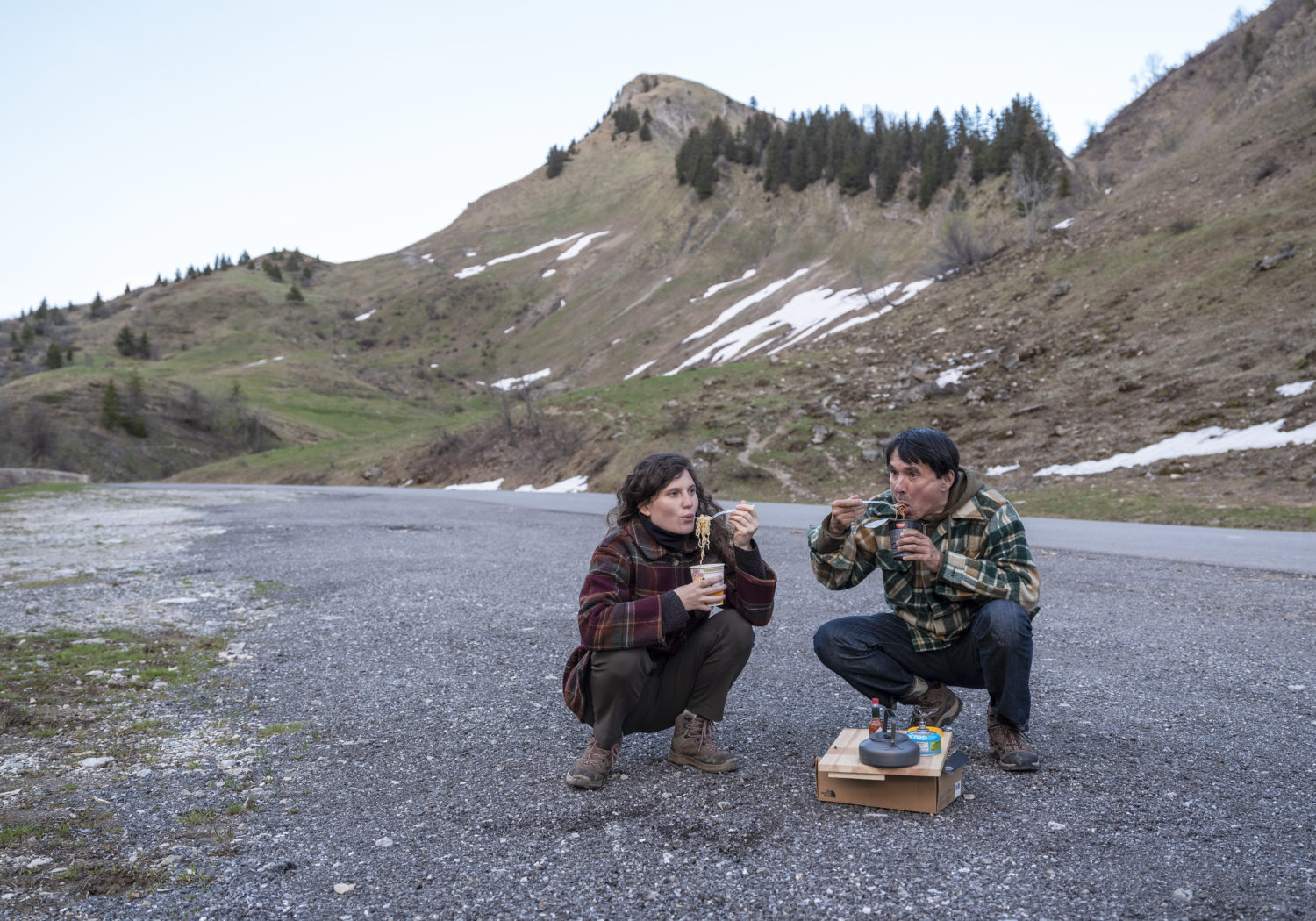 In December 2020, during the confinement due to Covid, with snow all around, Eric Tabuchi and Nelly Monnier began a traveling residency along mountain roads with their base camp in La Villa du Parc in Annemasse.

This residency was part of a long-term project they call Atlas des Régions Naturelles (Atlas of Natural Regions)¹, which is a photographic archive documenting the variety of the architectural legacy and the landscapes of the areas of France stamped by the economic fluctuations that have followed the postwar boom.

Over several seasons Eric and Nelly have hiked the natural landscapes around Annemasse, photographing and collecting the basic materials for their September show at the contemporary art center. A true “Bonnie and Clyde of the backroad,”²  they have been all over the regions of the Pays de Gex, Chablais, Faucigny, Genevois, Savoie Propre, and Beaufortain.

They thus covered the industrial valley of the Arve River and its detached houses from the 1950s and journeyed on foot along the shores of the Giffre, the mountain passes of the valley of the Abondance, and the summit of the Môle. They discovered at Sixt-Fer-à-Cheval the person (and wonderous works) of Pierre au Merle, tourism pioneer, cabinet maker, and photographer, who won their hearts and to whom the two artists grew quite attached. They wandered around the ski resorts with their idle lifts and empty cabins. Next to Annemasse, there is Macumba, Europe’s largest discotheque, which was destroyed by a fire in 2005 and sold to the Swiss group Migros in 2015 – they were moved by the burnt-out venue’s story. The Empire Room, one of the vast discotheque’s ballrooms surmounted by a mini Eiffel Tower, can still be seen there.

Like the mythical club, where each room gave off a different atmosphere, the show Empire & Galaxie boasts a number of themes – five in all. On the art center’s ground floor visitors go from the plains teeming with commercial and industrial activities freighted with kitschy business signs (on view there in all its glory is a wonderful specimen from the combined bar, betting shop, and restaurant Le Galaxie in Sallanches) to the charm of suburban villa names written in wrought iron on the façade of the house. On the first floor, they focus on traces of the vernacular mountain style, shown in a layout that conjures up the eco-museum (where the display furniture mixes with sculpted arts-and-crafts objects), before eventually reaching ski resorts and mountain landscapes. At the end of this high-altitude tour, the two artists return to the hidden side of adventure by conjuring up the fictional aspect of their documentary project.

The artist couple, in town and in the studio, pursue art practices that are wonderfully multifaceted and complementary, organized around architectural forms – like the Atlas of Forms, the book in which Eric Tabuchi has brought together 1500 photographs gleaned from the Internet and arranged according to various rudimentary criteria related to the buildings’ geometry or present condition. The two artists are in search of signs that form the urban or rural landscape, as in Alphabet Truck in which Tabuchi photographed the rear doors of 26 trucks, all of them bearing a letter of the alphabet; or in the works of Nelly Monnier, who removes vernacular decorative elements (shutter motifs and frames, the typefaces of signs, etc.) from their context and bestows on them a choice position in her paintings and drawings. As lovers of pop objects, the two have also designed badges that look like each of the featured regions as well as sets of postcards.

These tie-in products, moreover, will be on sale at the art center. The first volume of the Atlas des Régions Naturelles, depicting 12 regions and four themes, is scheduled for publication sometime in the fall. 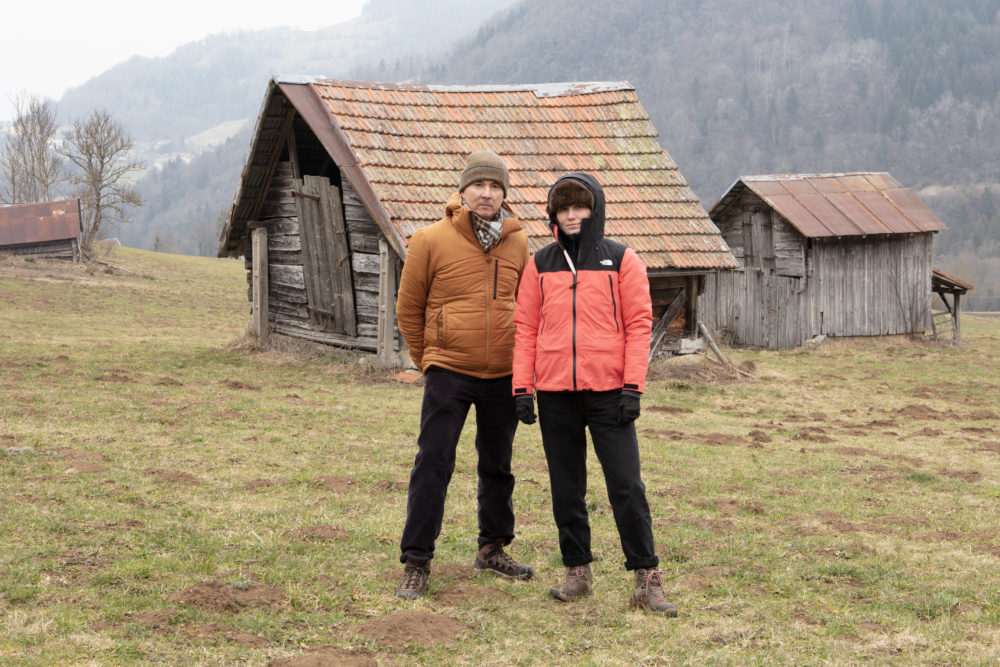 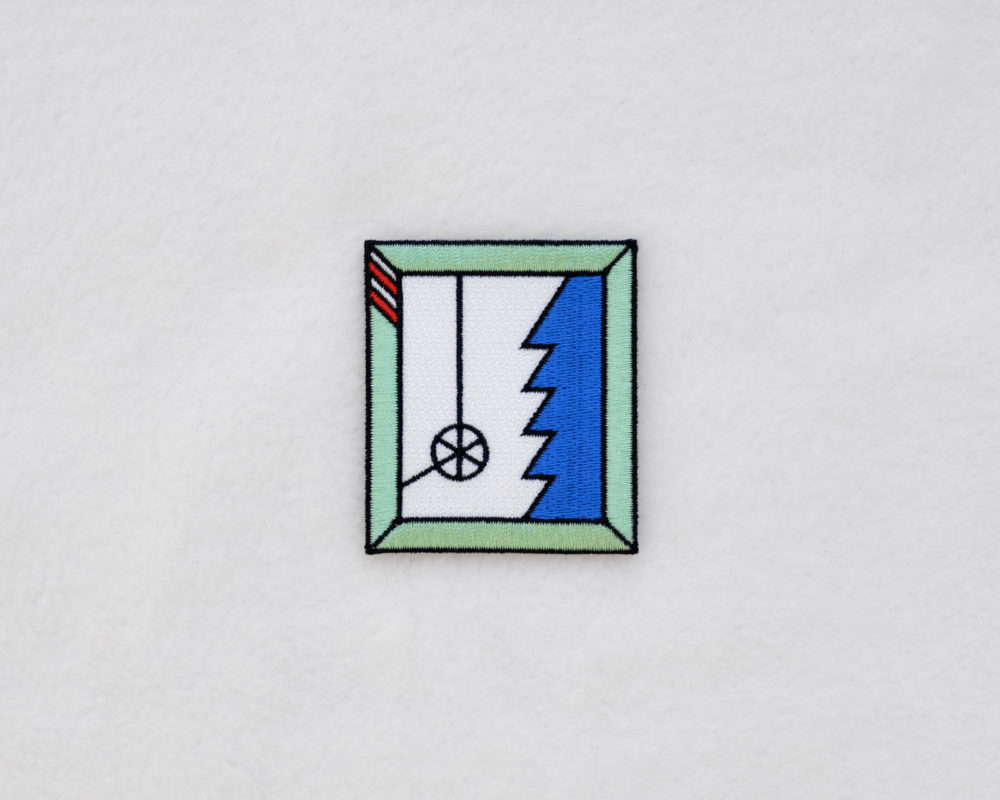 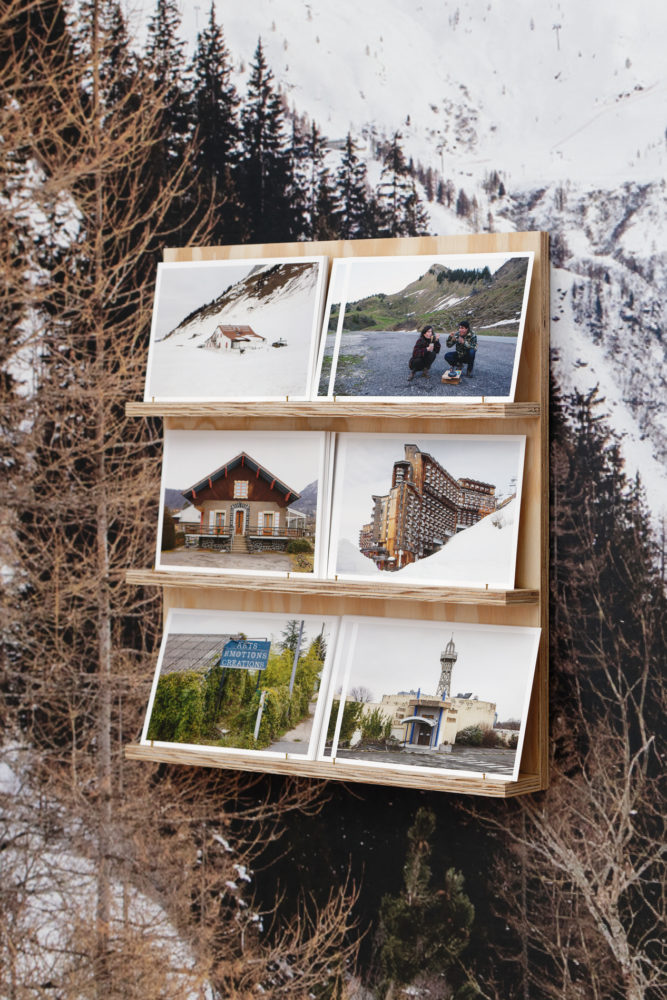 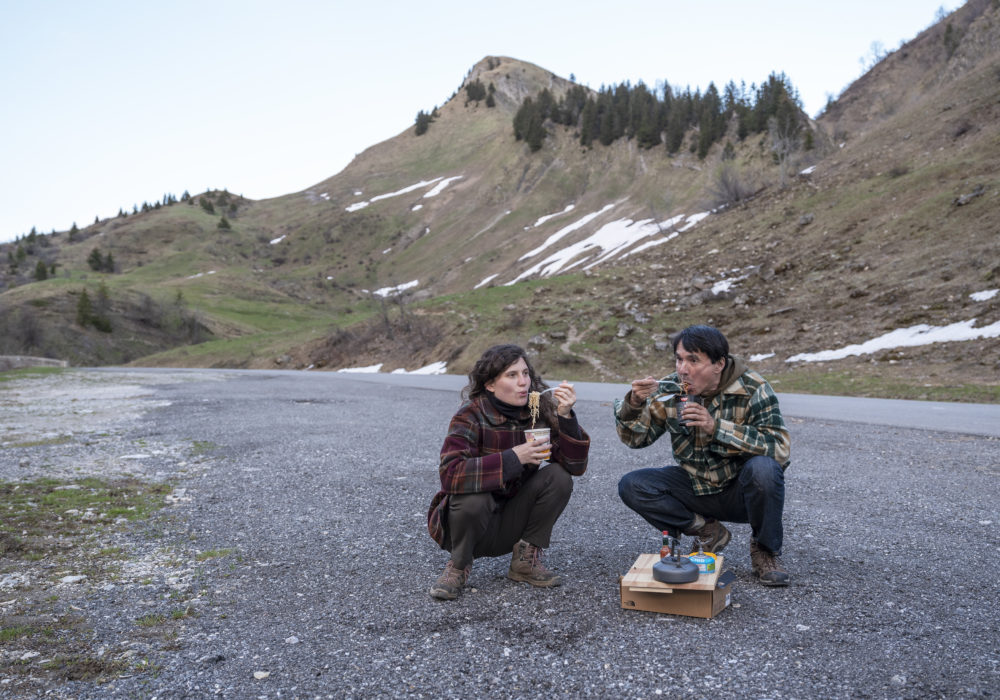